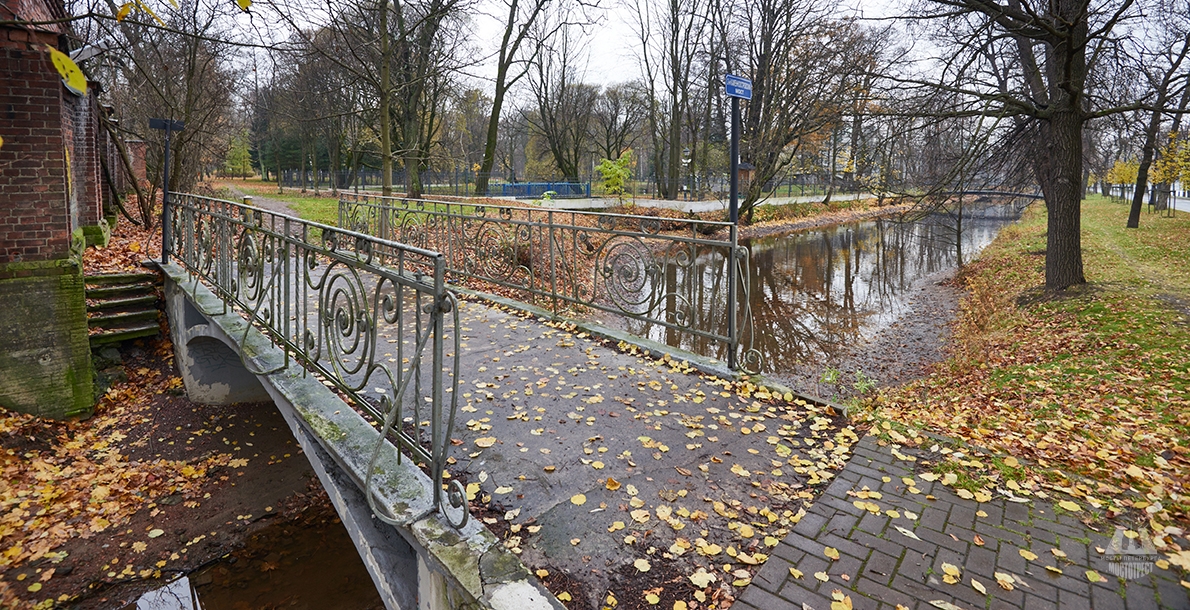 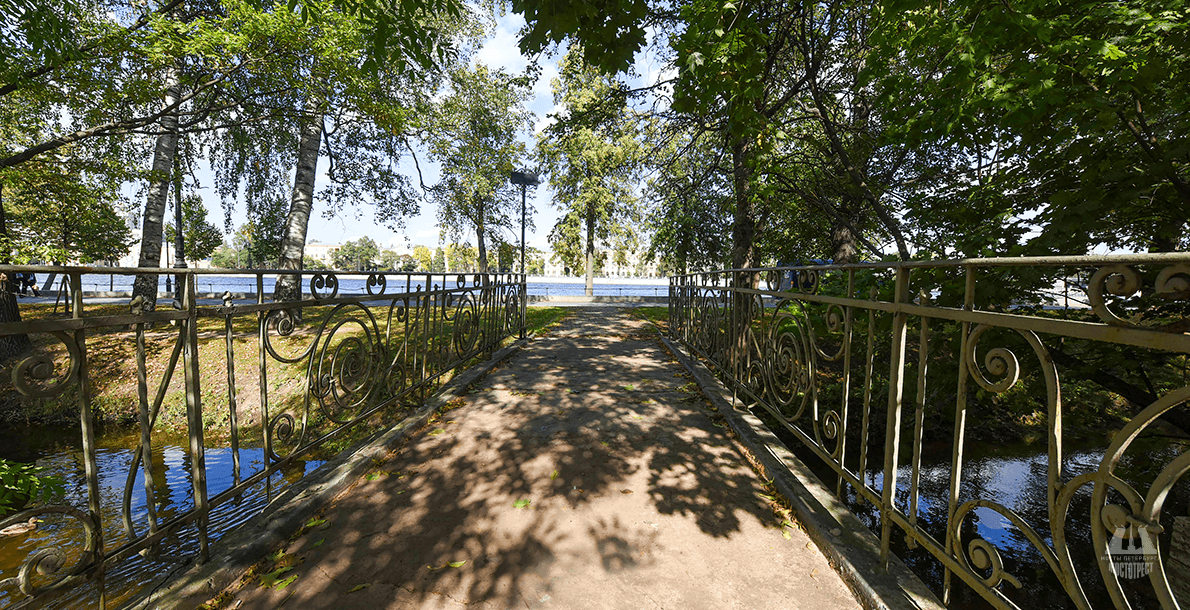 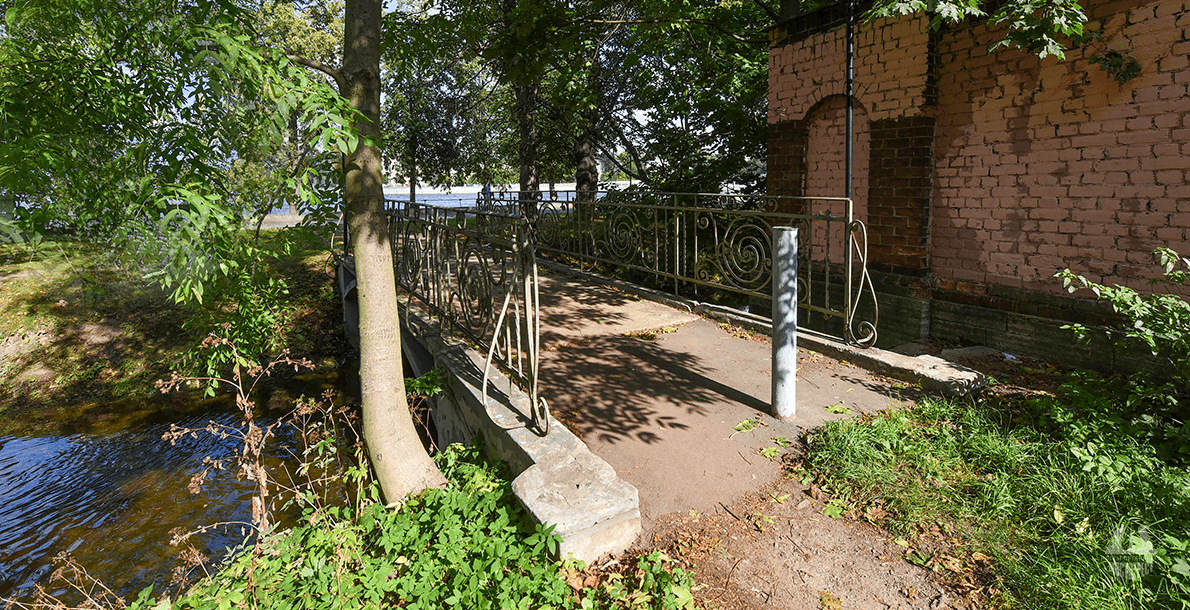 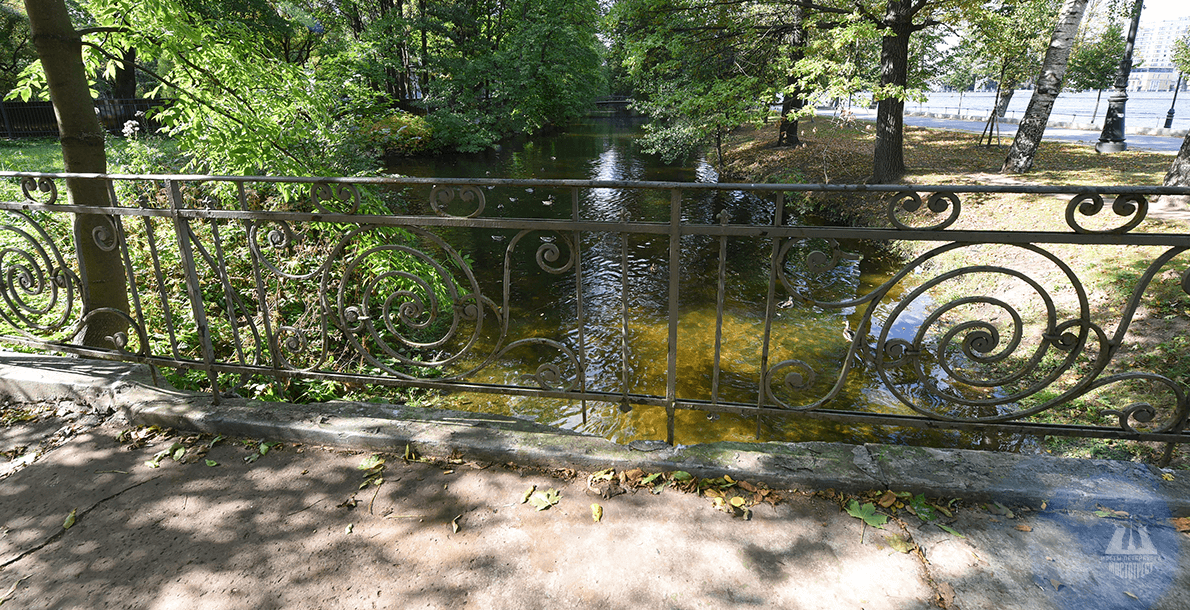 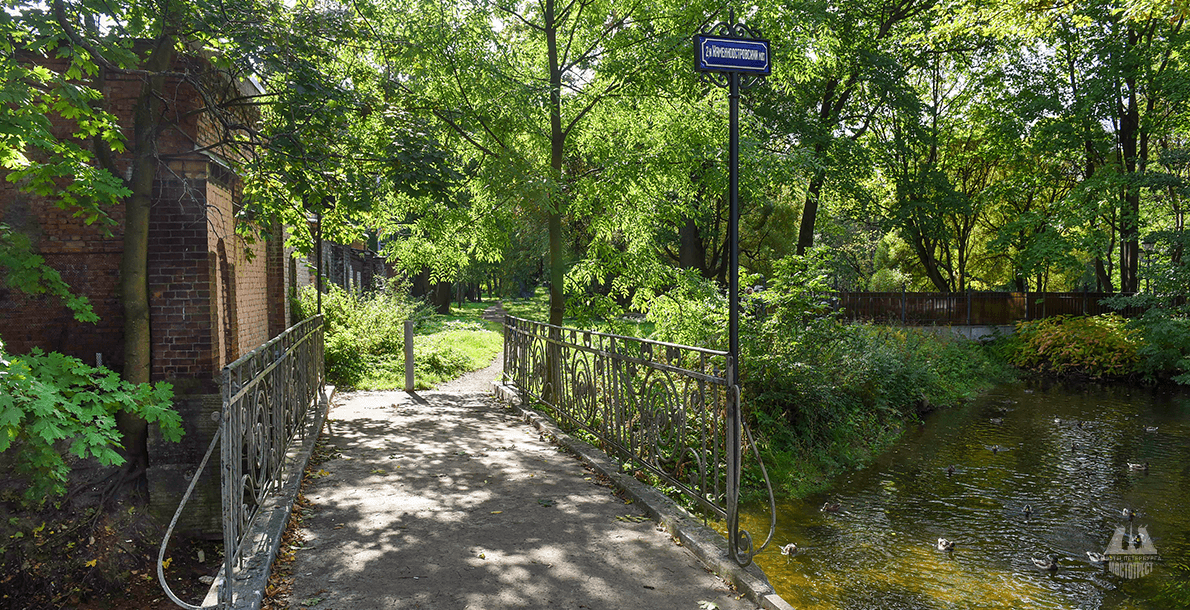 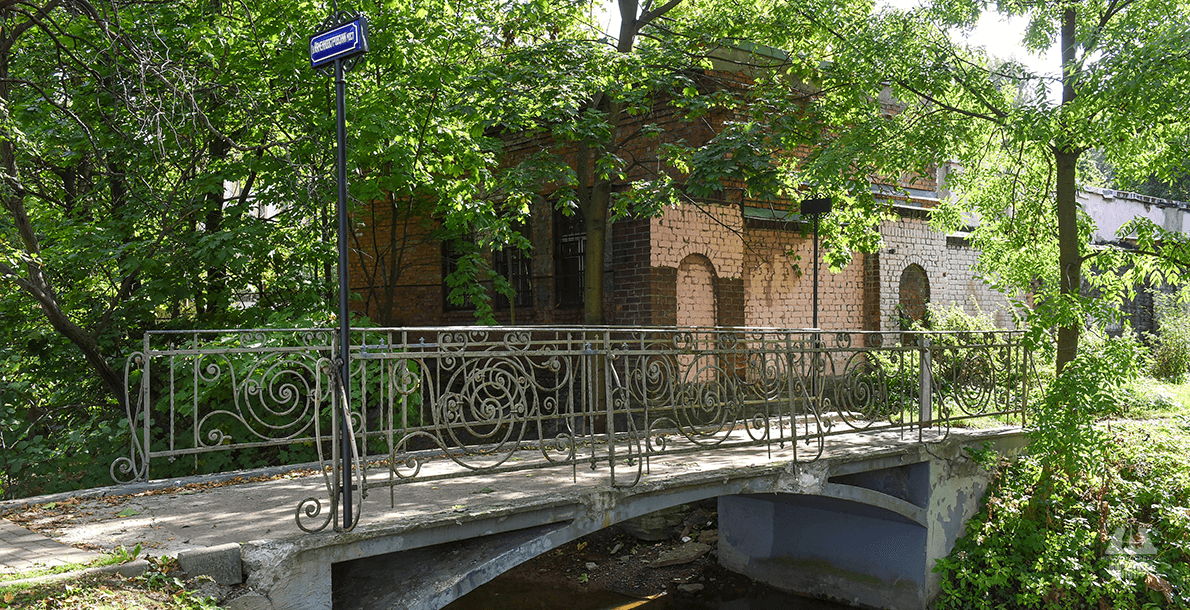 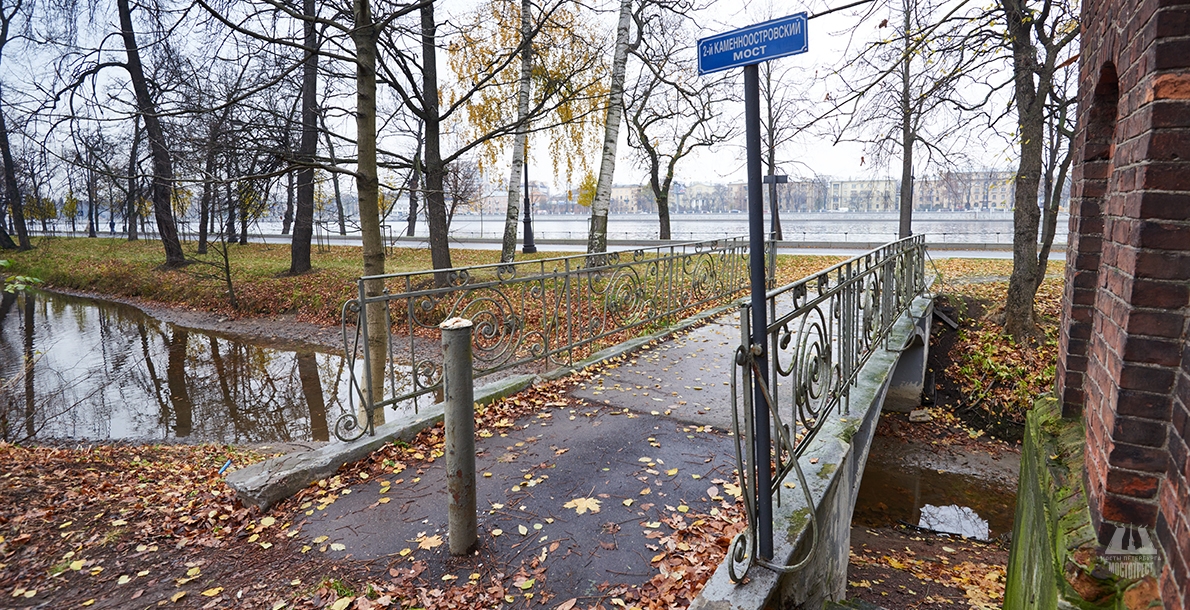 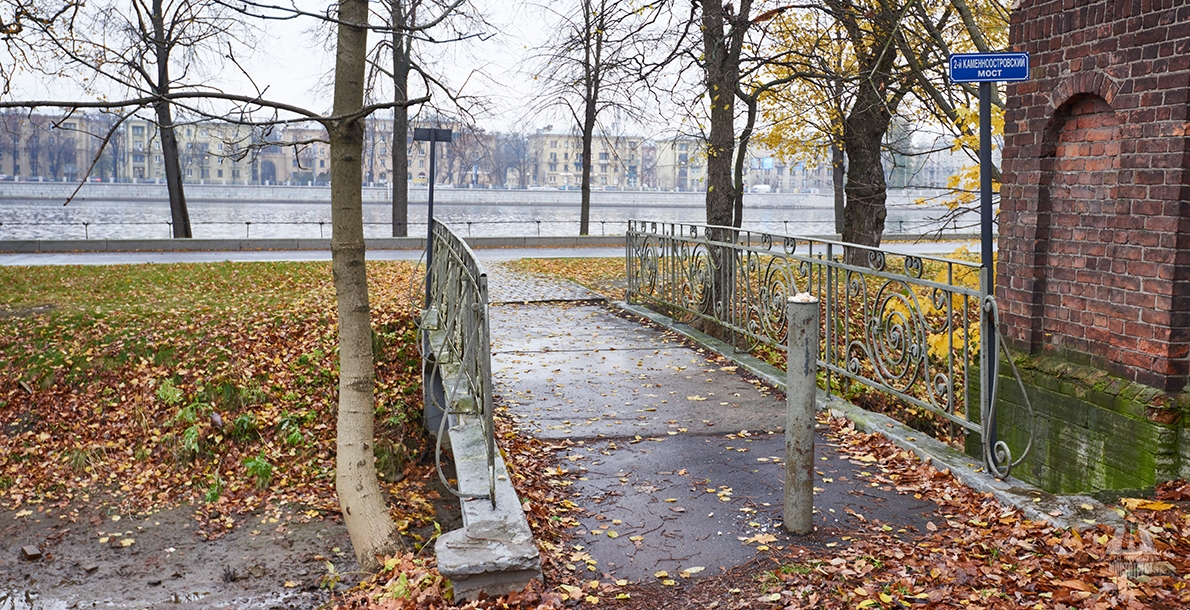 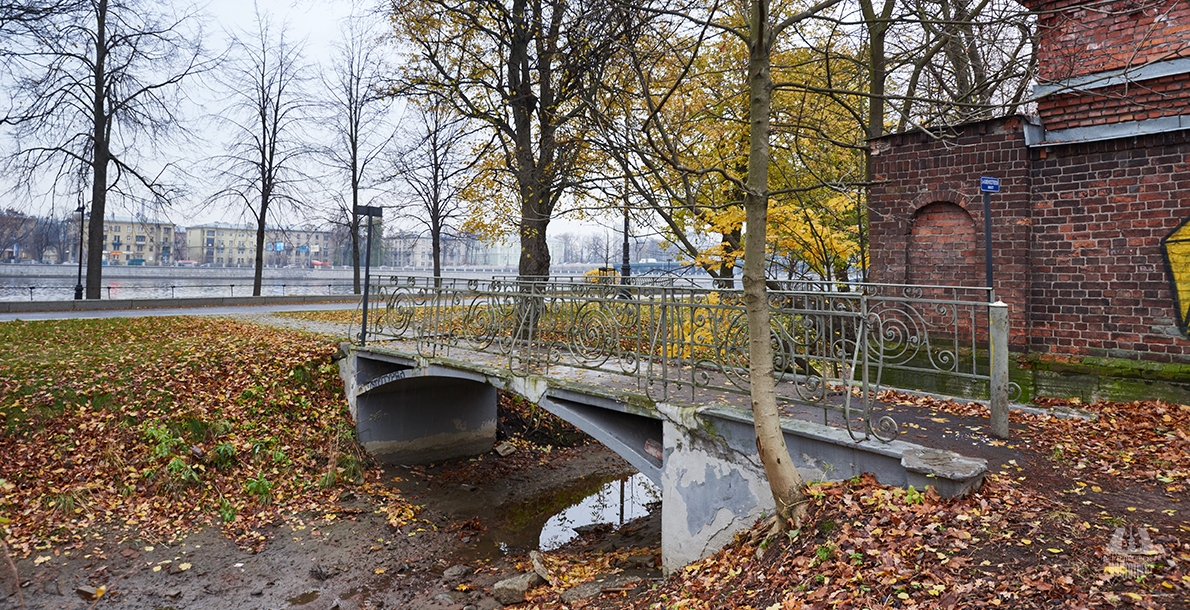 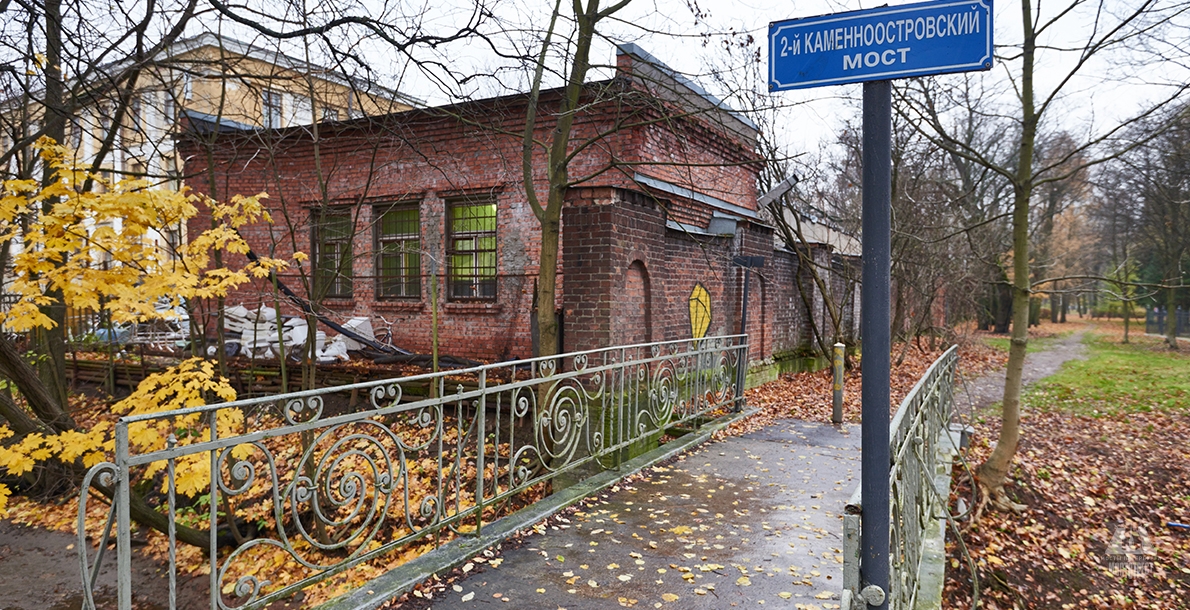 The 2nd Kamennoostrovsky Bridge spans the Maly Canal, which is located along the left bank of the Bolshaya Nevka River.

The bridge was built in 1908 for International Construction Art Exhibition organized in St. Petersburg for the first time. The project author is engineer R. Mayer.

It was one of the largest and the most significant shows summarizing the results of development of construction equipment and art industry in Russia for the XIX century. Companies from Austria, Great Britain, Germany, Denmark, the USA, France and Sweden participated in the show of advances in addition to the Russian Empire.

The so called Petrovsky Township was constructed for location of exhibits. Temporary exhibition complex was located on both banks of the Bolshaya Nevka River. A ferry crossing functioned between two areas. Just during three months builders constructed more than 80 pavilions which appearance remained the time of St. Petersburg establishing: almost all buildings were sustained in the Petrine epoch style. Most of pavilions were constructed with so called sham method; they were a frame covered with boards and plastered.

It is one of the first arch bridges constructed of reinforced concrete in our city.

There is sand asphalt on the bridge. A metal railing is made as forged figured gratings.

In 1968-1969 the major repair of the bridge was carried out while maintaining the same structure and architectural forms.