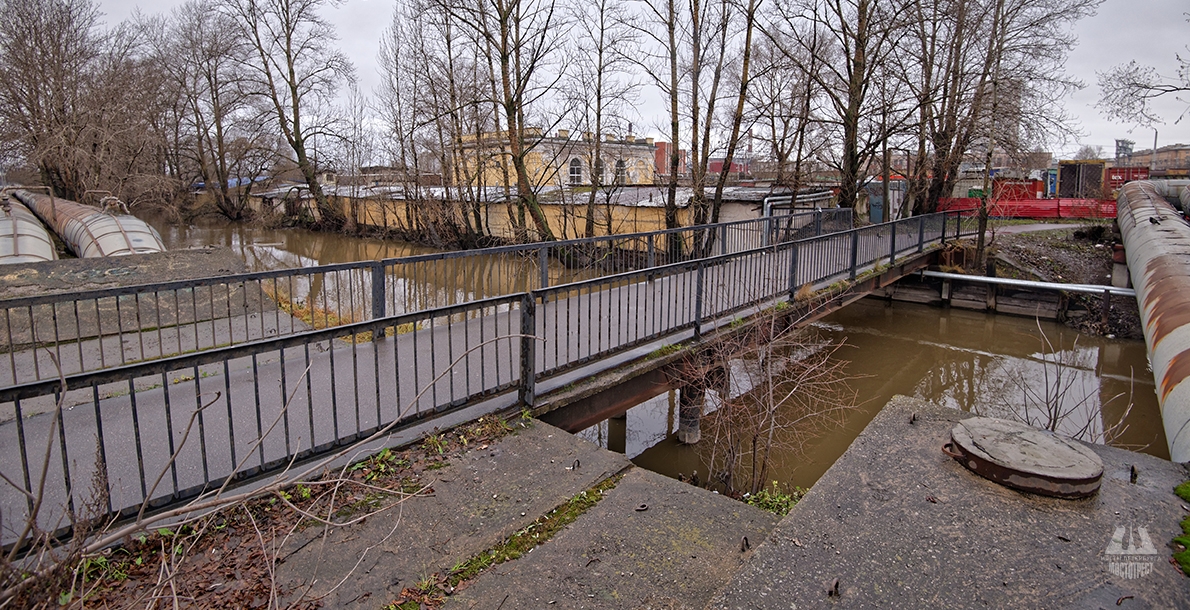 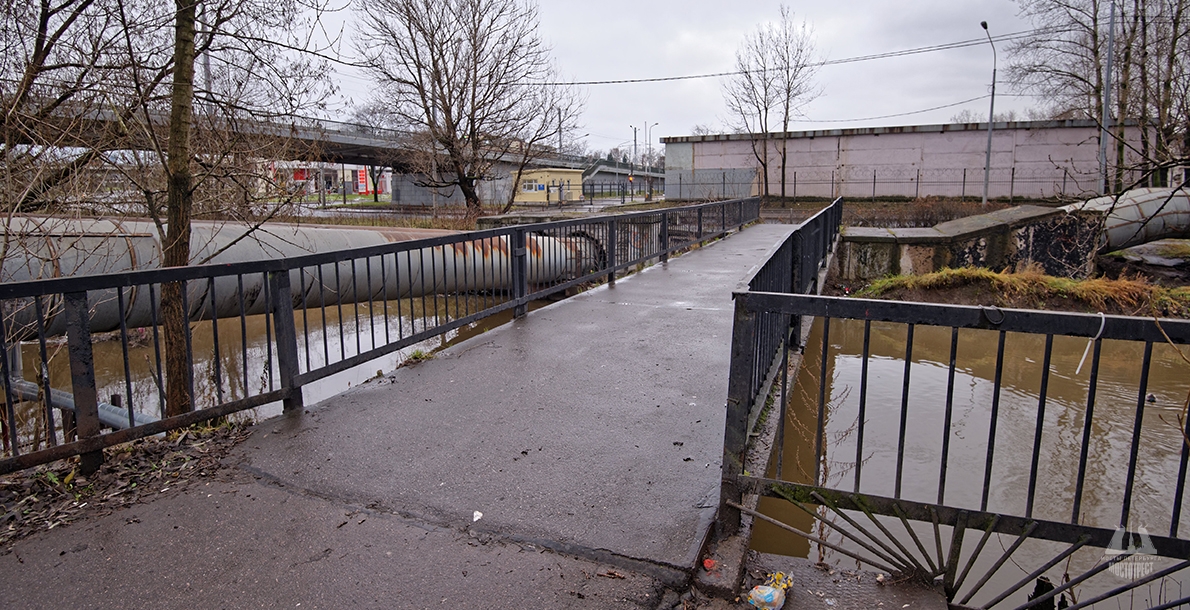 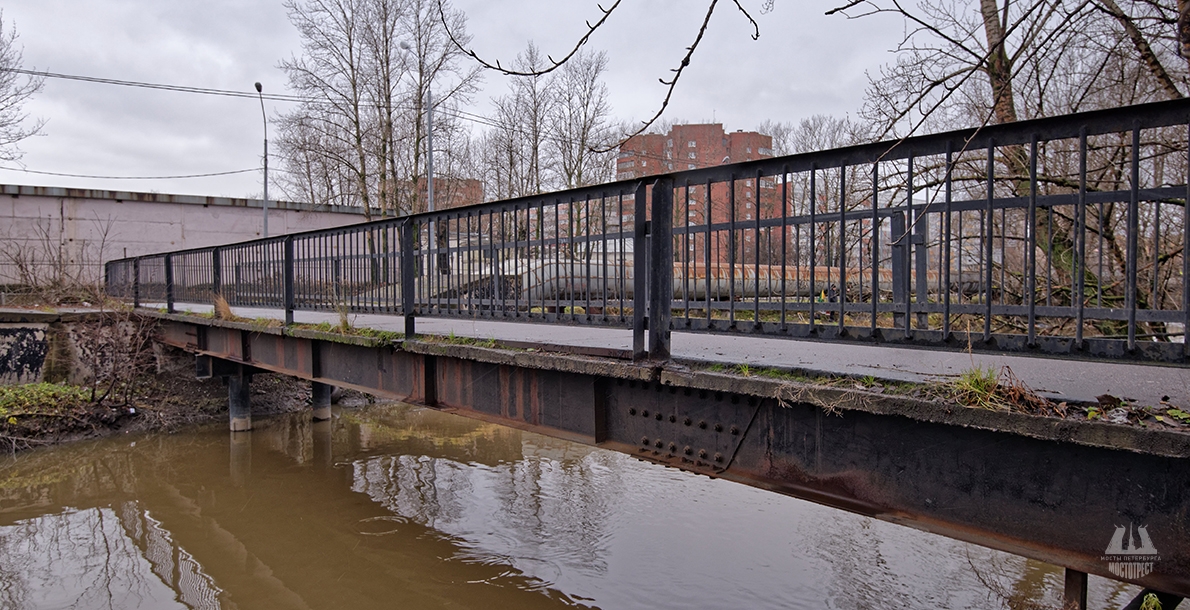 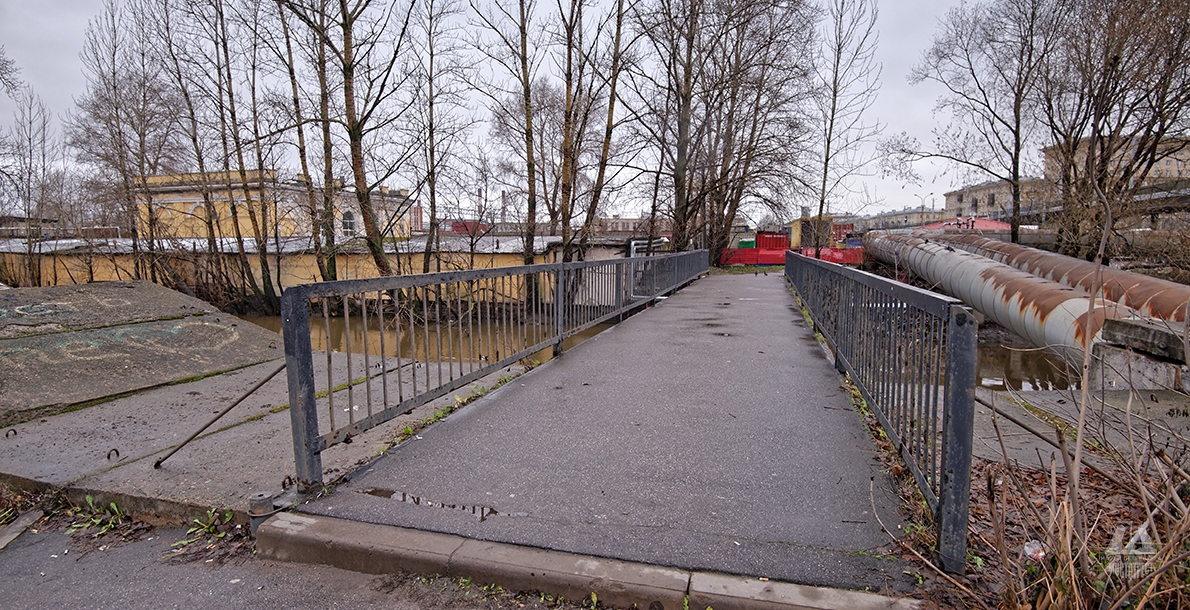 The 2nd Krasnenky Bridge is located on the access road to the pumping station in the "Avtovo" territory. The bridge was built in 1958 by the order of SUE «Vodokanal of St. Petersburg». The project was drawn up by Lengiproinzhproject.

In 1962 the bridge was put on to Lenmosttrest books.

In 1985 the repair of the bridge took place mainly without changing in the structure. Its width reduced to 3 meters, a single decking was laid instead of the double one. The bridge became designed for the pedestrian traffic only.

In 1993, under the project of engineer A.A. Zhurbin of TO Stroyproekt (Lengiproinzhproject), the wooden bridge was rebuilt in the two-span metal simple one. The bridge reconstruction was made using old metal I-beams with their extension from both sides and joined by assembly joints using high strength bolts. The right-bank lightweight abutment is constructed from a metal sheet pile wall and the left bank abutment - on metal piles connected with metal girder.

The intermediate support is on metal piles with diameters of 0.3 m. There is an asphaltic concrete pavement on reinforced concrete slabs. The railings were metal welded ones of a simple pattern.