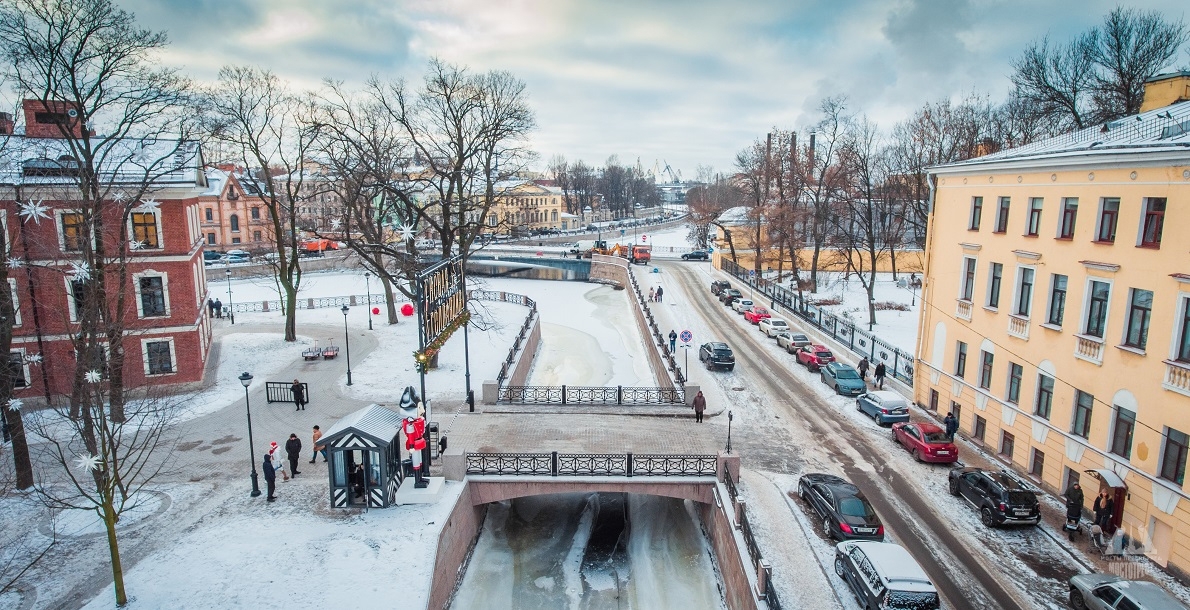 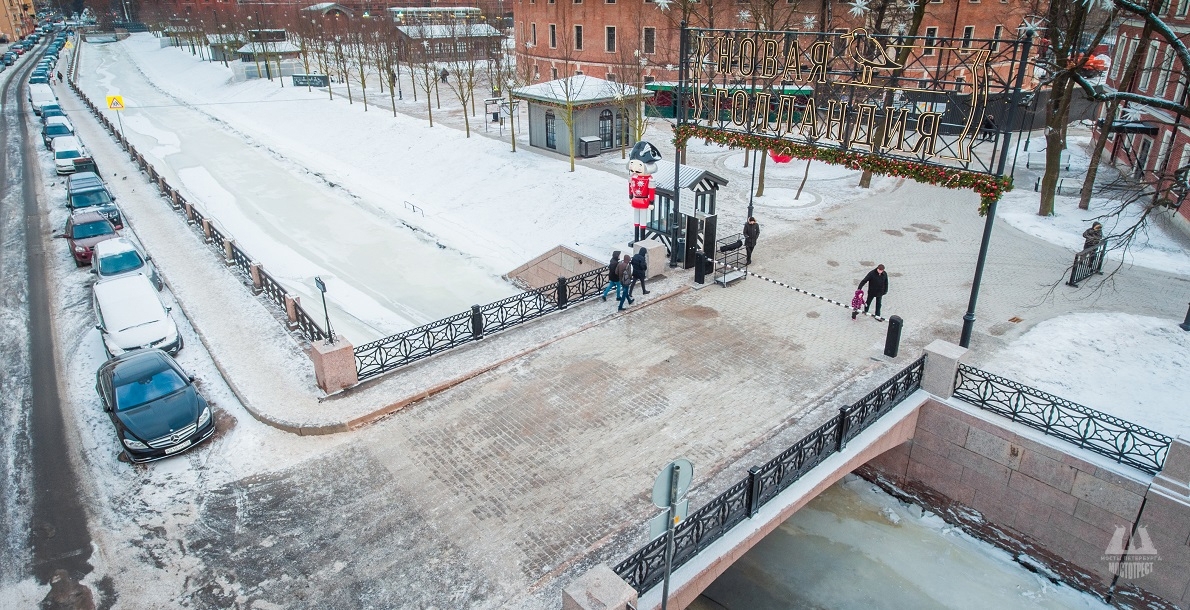 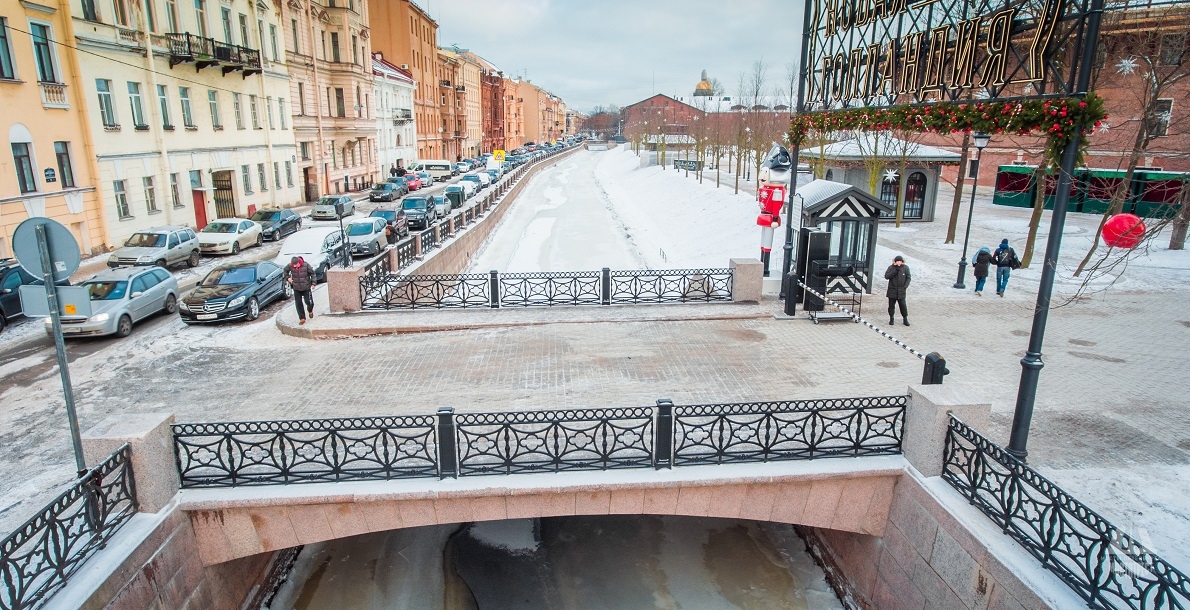 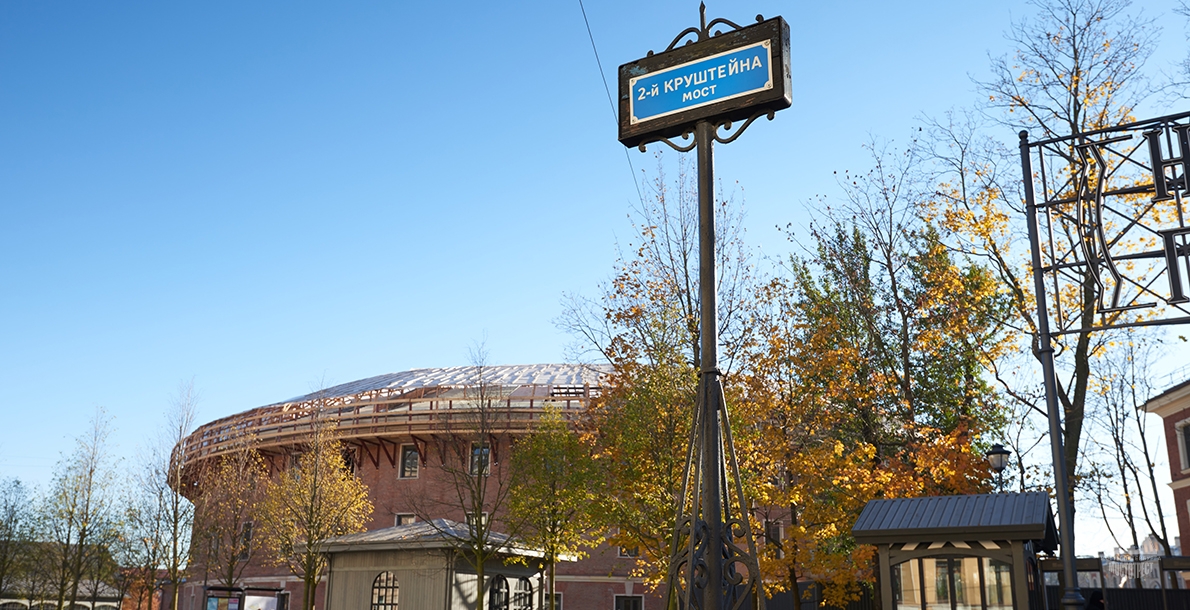 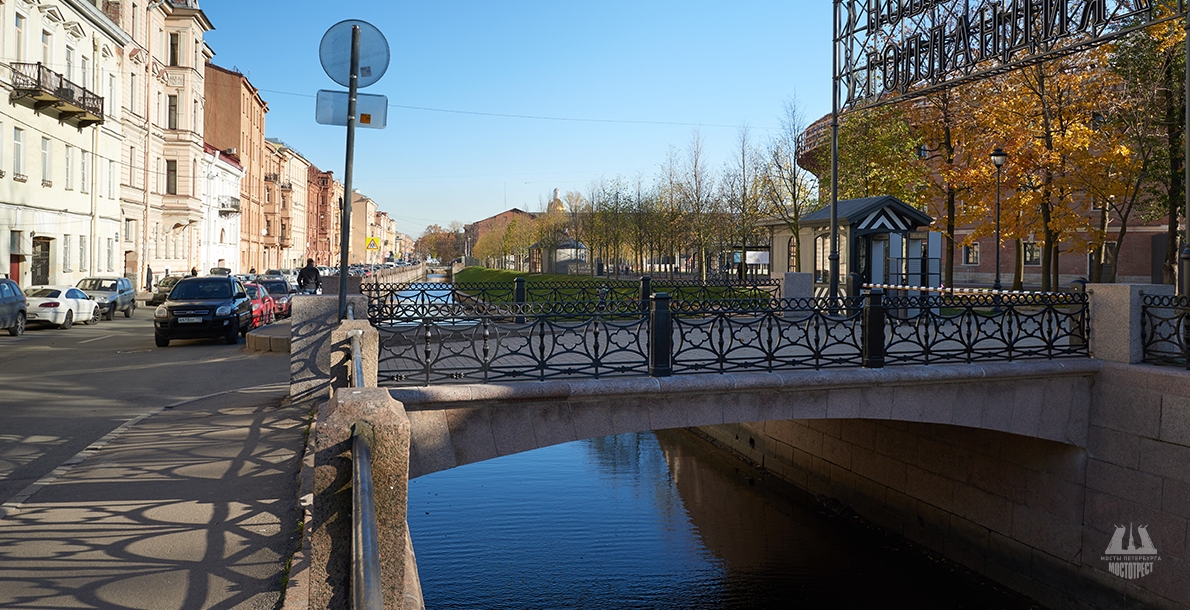 In 1765-1780 the architectural ensemble of New Holland was created, and the entrance to it was over a two horse-drawn bridges across the canal.

Upon completion of the Admiralty building construction it was decided to put the Admiralty Canal in the tube at the site of the Admiralty to Blagoveschenskaya Street (now Truda Square), which was done in 1842. Konnogvardeysky Boulevard was arranged at the place of the canal .

In 1959, under the project of engineer A.D. Gutzeit and architect L.A. Noskov, wooden bridge was rebuilt in a single-span reinforced concrete one which represents a double-hinged frame. The superstructure facades are faced with granite. The bridge abutments are reinforced concrete ones on pile foundation, and faced with granite. The railings of the bridge has artistic forging with ornament repeating patterns of the railings on the Moyka River. Cast iron grates are installed on the bridge, and there are granite pedestals at the ends of the railings. There is a granite curb.

The entrance to the territory of New Holland where a multifunctional complex is created - which will become the centre of cultural life of the city - will be carried out across the bridge. Access to the island is scheduled in August 2016.