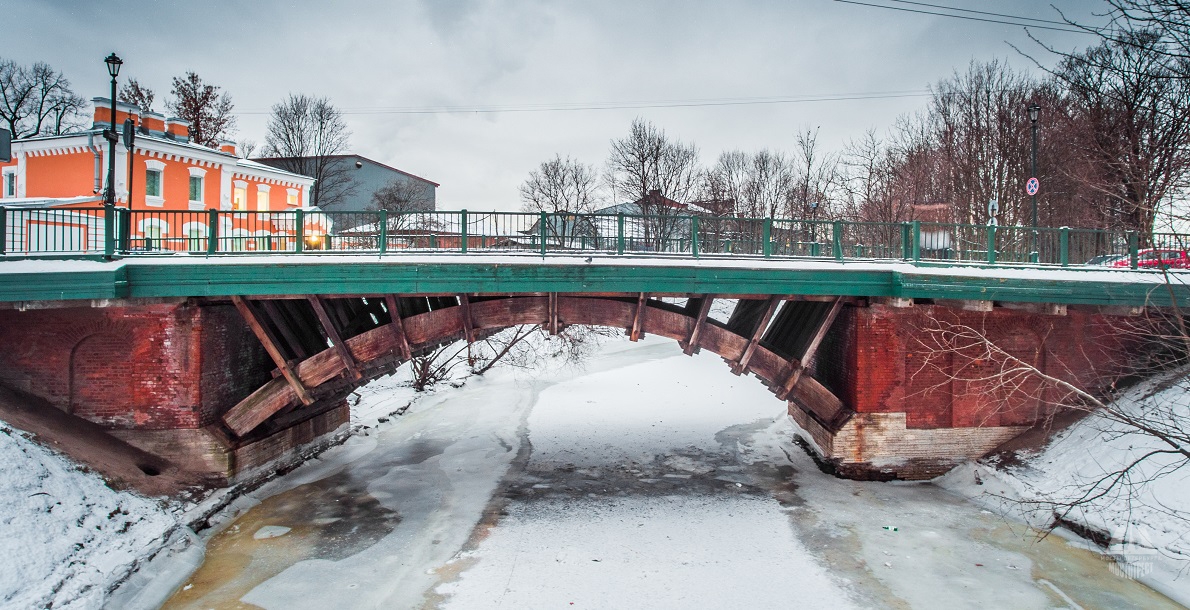 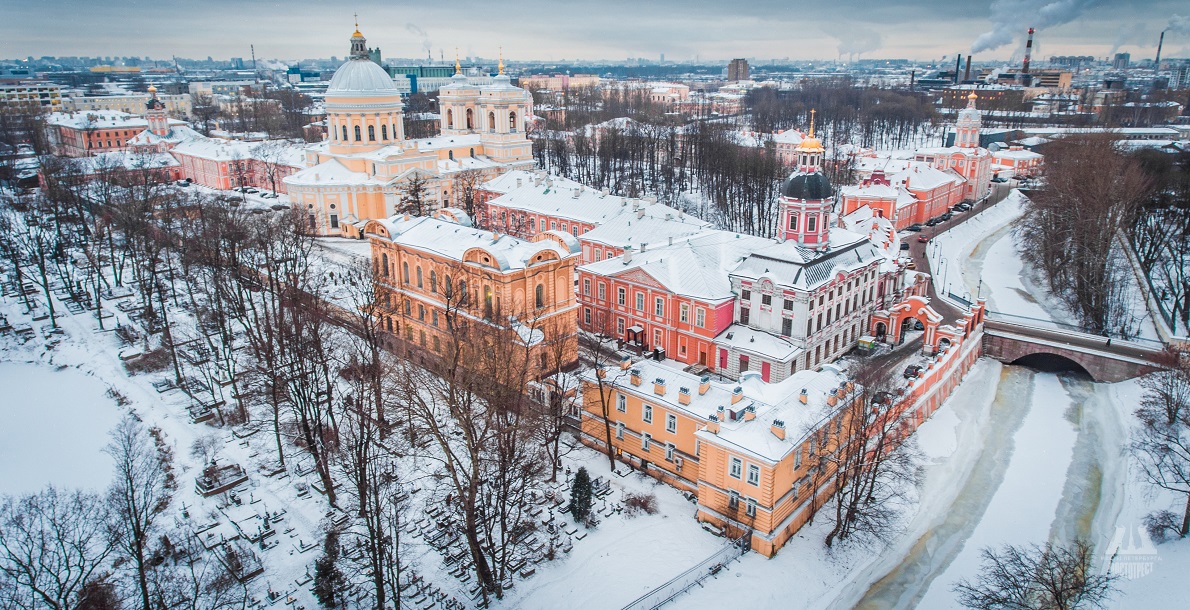 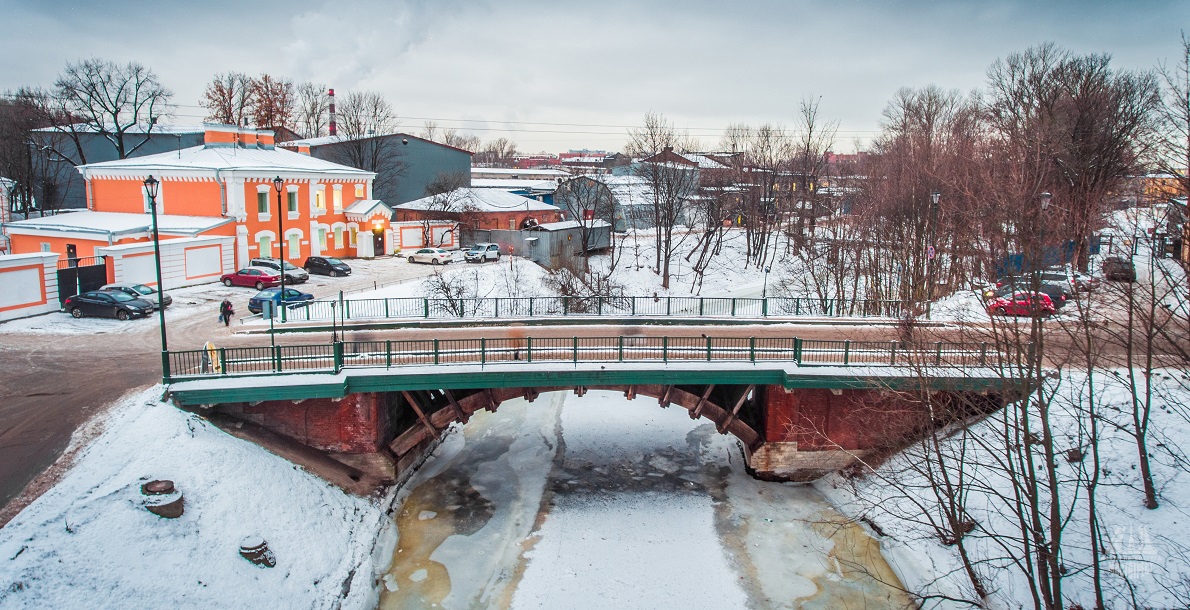 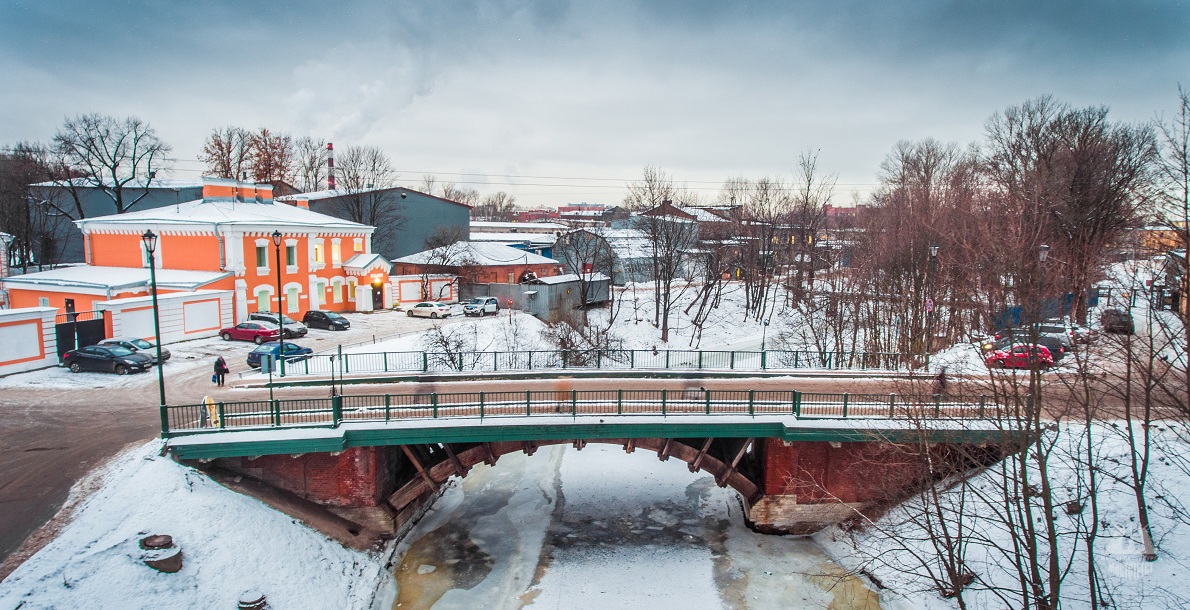 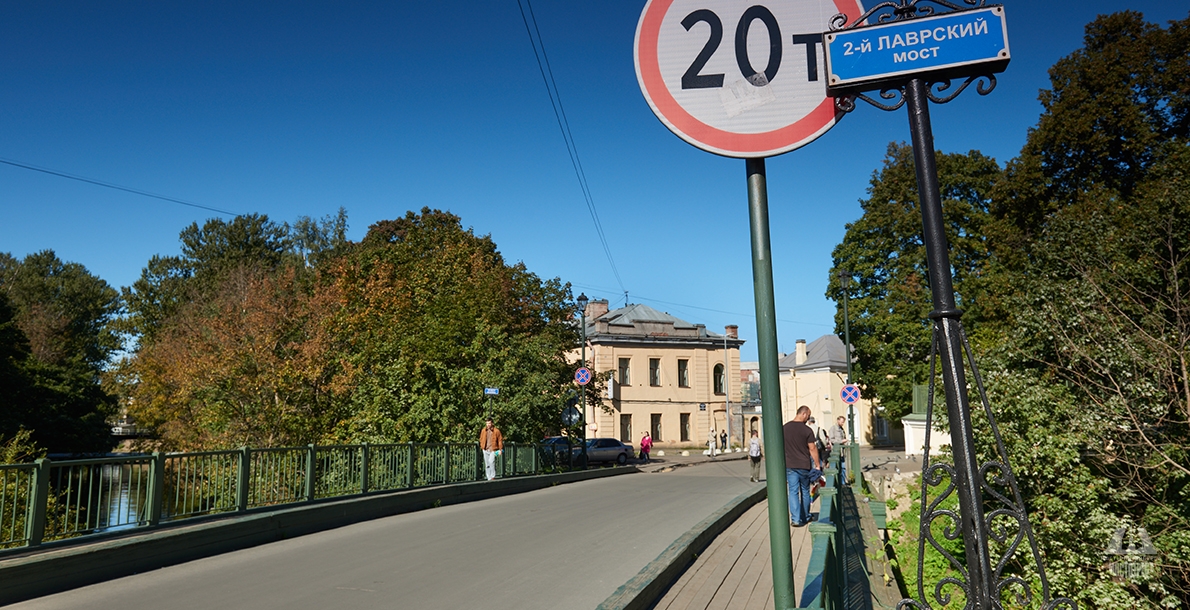 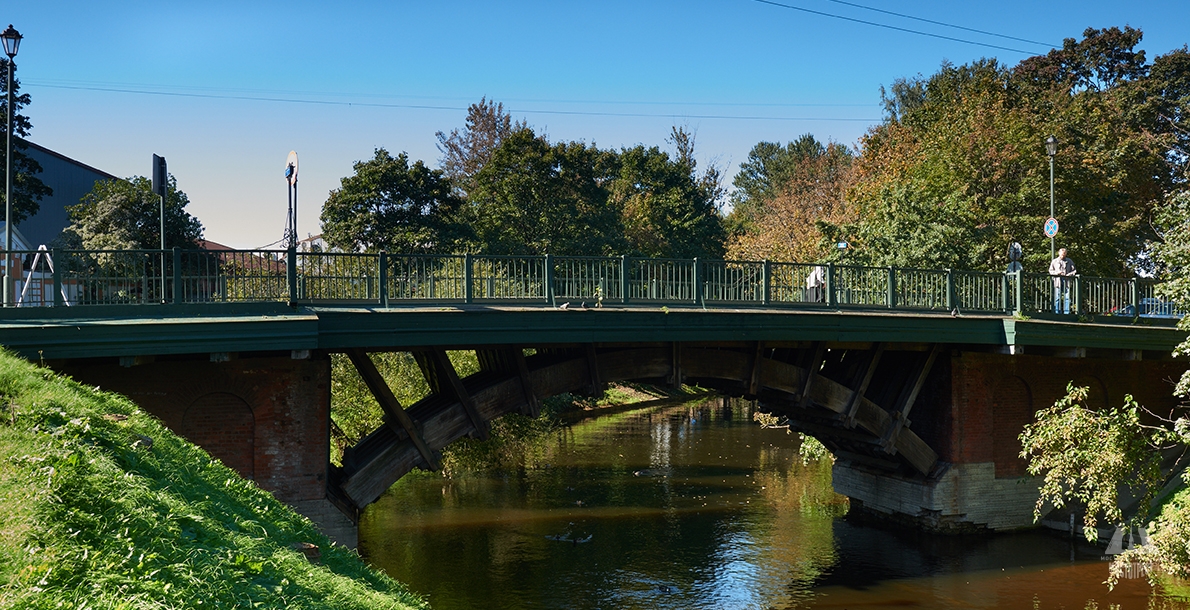 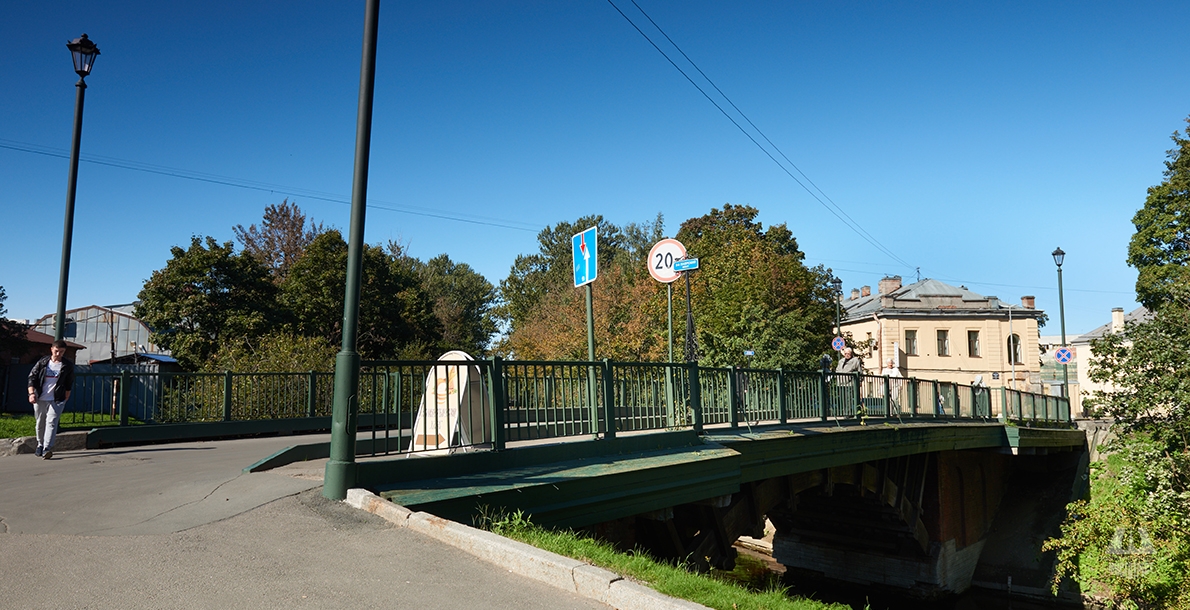 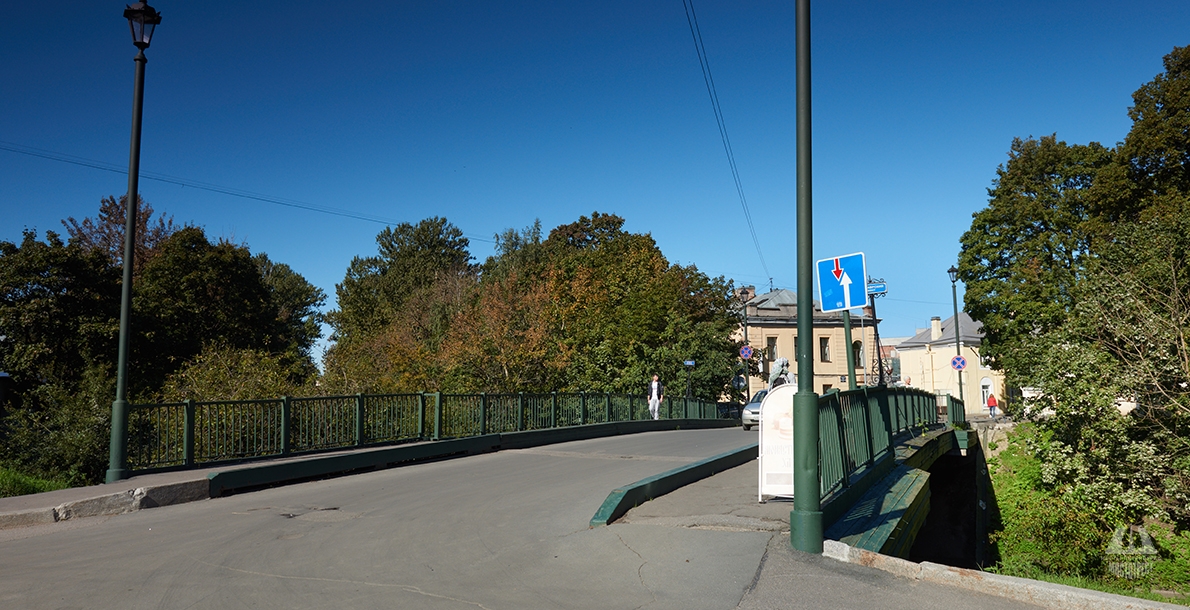 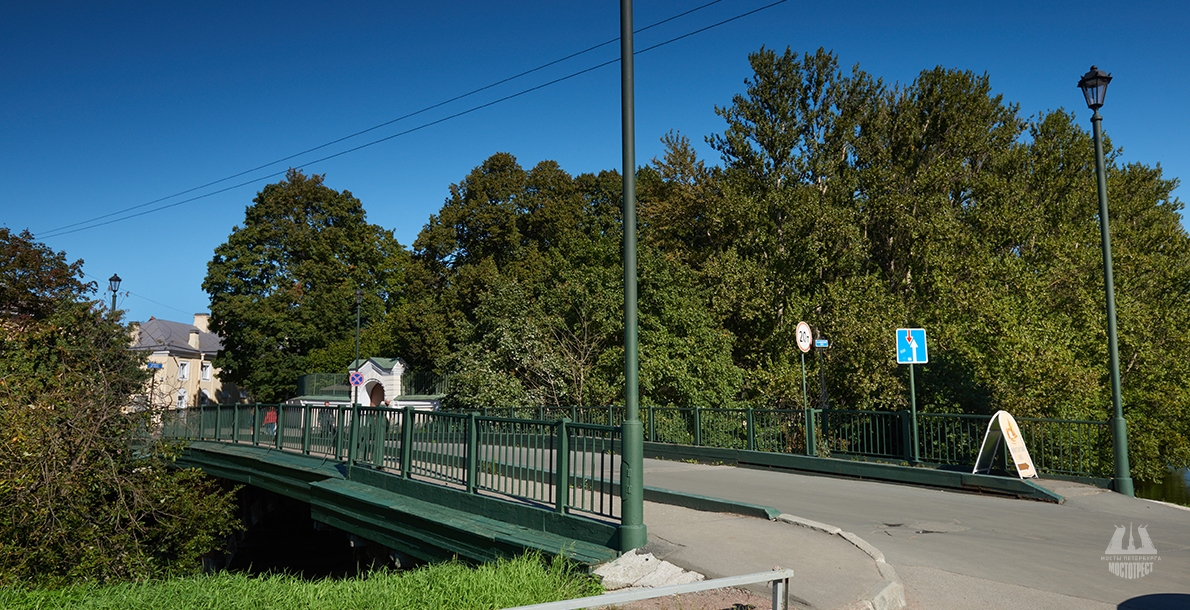 Opened in: the middle of the XVIII century (wooden bridge), 1982 (modern bridge)

The 2nd Lavrsky Bridge (former Sadovy Bridge - 1828, the 2nd Alexandrovsky Bridge - 1829-1830, Economic Bridge - the middle of the ХIХ century, Konyushenny Bridge - 1865) is located on the axis of Lavrsky Proezd and is one of the oldest bridges of St. Petersburg.

The bridge was constructed in the middle of the XVIII century. Originally, it was a wooden strut-framed bridge. The wooden bridge was repaired several times.

In 1830 the bridge was rebuilt in a single-span wooden arch bridge with the roadway above. The span structure consisted of five wooden plank nailed arches with superstructure consisted of timber bars. There were board pavement on the roadway and cobblestone railing. There are massive stone abutments made of stone masonry and installed on the pile foundation. The bridge length was 35.8 meters, and width was only 7.7 meters. The bridge was repeatedly repaired while maintaining the original appearance.

Since 1949 the bridge is used as a pedestrian one due to its technical condition.

Between 1950 and 1972 the bridge was closed for traffic and used as a pedestrian one. This is a slope bridge - the slope angle is 15 degrees.

The bridge was demolished in 1980.

In 1980-1981 a new single-span wooden arch bridge with the roadway above was built on the site of the old one, with the use of current technology of production of the bridge elements from laminated wood. The superstructure consists of six arches made of pine boards glued together with synthetic glue based on epoxy resin. The constructions are made at the Red October factory in Arkhangelsk. This is the first bridge of laminated wood built in our city.

The old abutments of stone masonry on the pile foundation were used but they were reinforced by concrete jacket. There is asphaltic concrete pavement on timber slabs on the roadway, and there is single wooden decking on the sidewalks. The railings were restored in the original appearance: metal welded one. The bridge is designed for the traffic of cars and pedestrians.