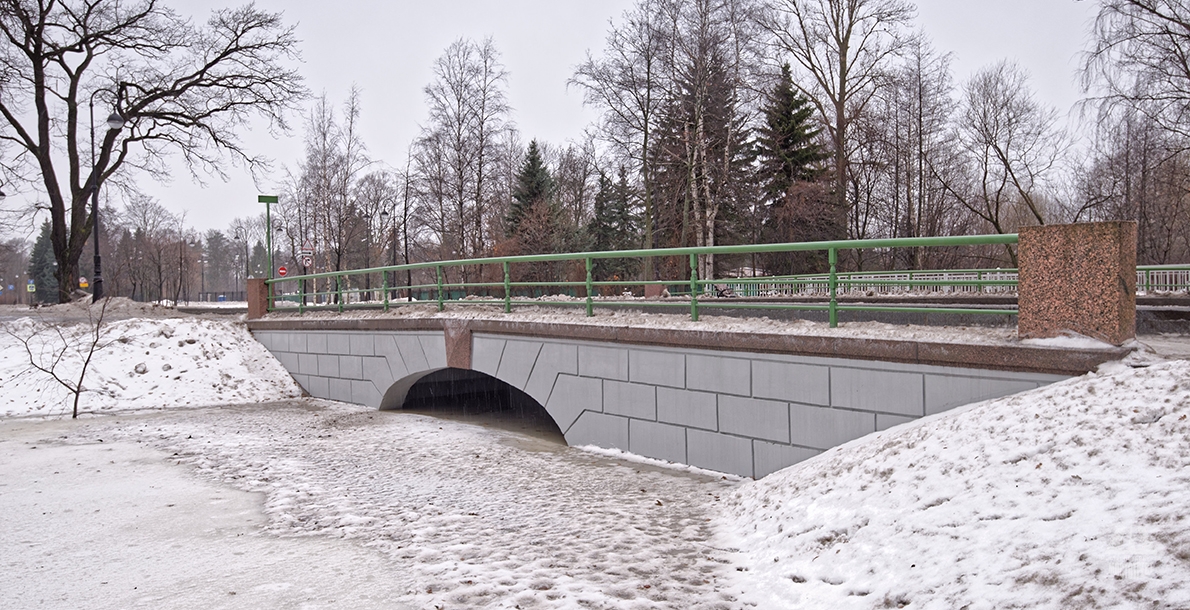 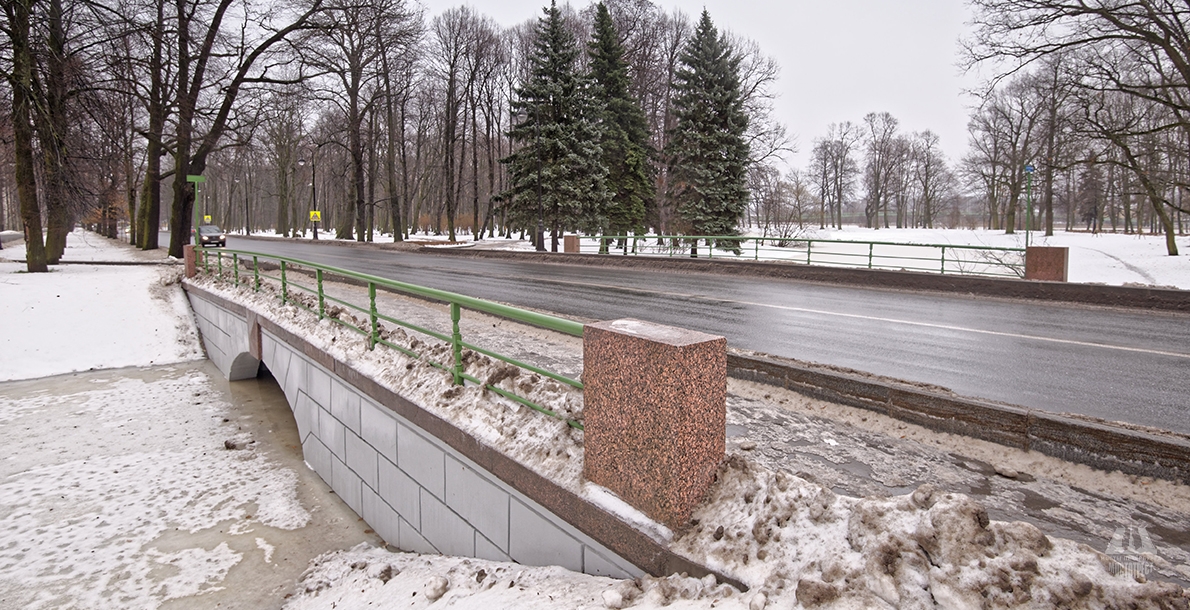 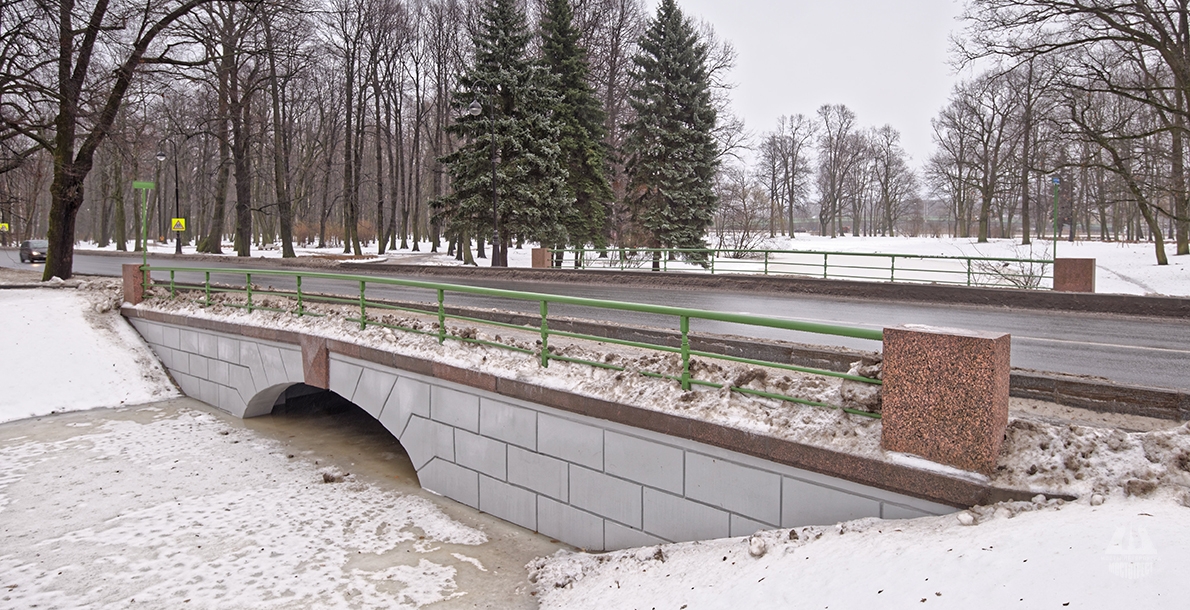 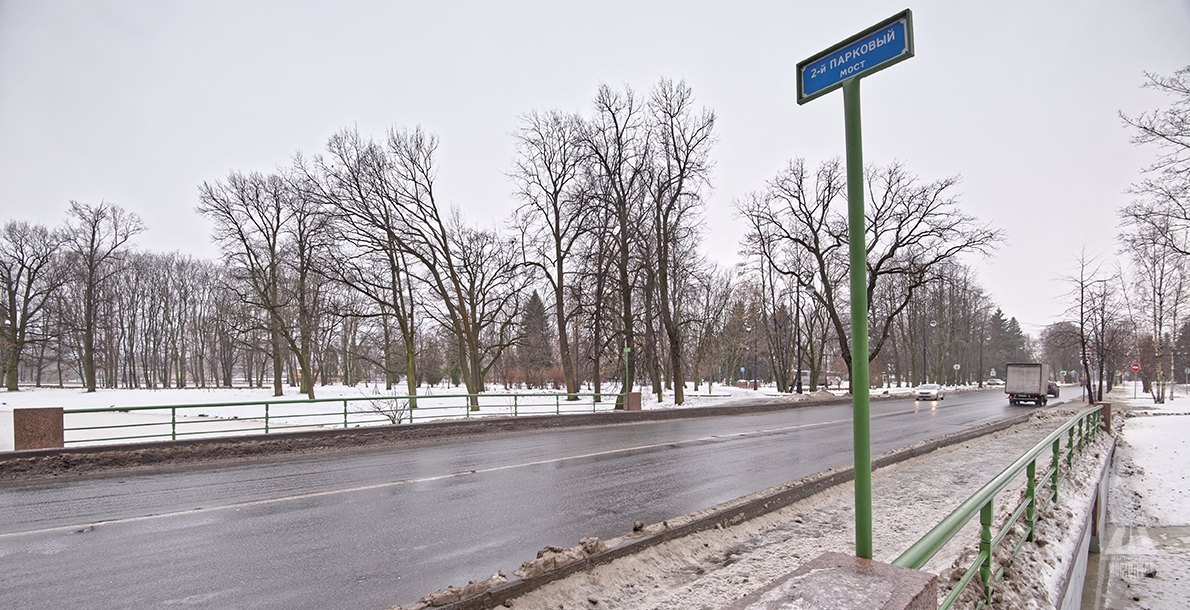 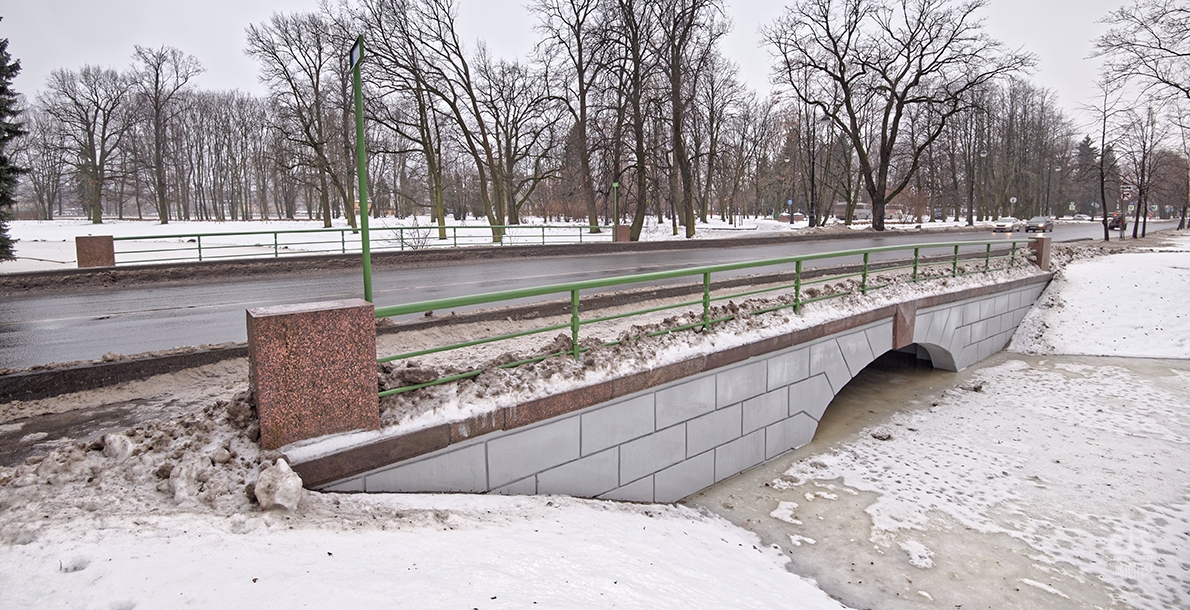 The 2nd Parkovy Bridge is located in the alignment of Krestovsky Prospect on Krestovsky Island in Primorsky Victory Park.

There in 1904 a five-span wooden beam bridge was built with wooden girders. The abutments and intermediate supports were wooden ones on the pile foundation. The covering was wooden one on wooden crossbars. There were wooden railings on the bridge. The bridge was designed for the traffic of horse-drawn vehicles and pedestrians. The wooden bridge was repeatedly repaired and rebuilt.

In 1950 in connection with the opening of the Stadium named after Sergey Kirov located in the western part of Krestovsky Island vehicular traffic on the existed wooden bridge increased. Therefore, its major repair was made in 1954 with the replacement of wooden girders with metal beams. The bridge became a three-span one but its supports and superstructure still remain wooden ones. The metal railings were installed instead of timber ones. Metal grillage was removed from the pedestrian Bridge of Four Lions across the Griboyedov Canal as not corresponding to the original artistic drawing.

In 1978 to ensure the smooth movement of vehicles to the Stadium n.a. Sergey Kirov the narrow wooden bridge was rebuilt under the project of engineer L.N. Sobolev by Lengiproinzhproject and architect I.A. Moskvin in a single-span reinforced concrete simple bridge. The span consists of precast concrete slabs. The superstructure facades are decorated as an arch.

The bridge abutments are made of monolithic reinforced concrete on pile foundation, without facing, with rustication of stone design. The roadway is covered with asphalt concrete pavement; sidewalks – with sand asphalt. The sidewalk is separated from the roadway with granite kerb. Metal welded railings of a simple pattern with granite parapets at the ends are installed on the bridge.