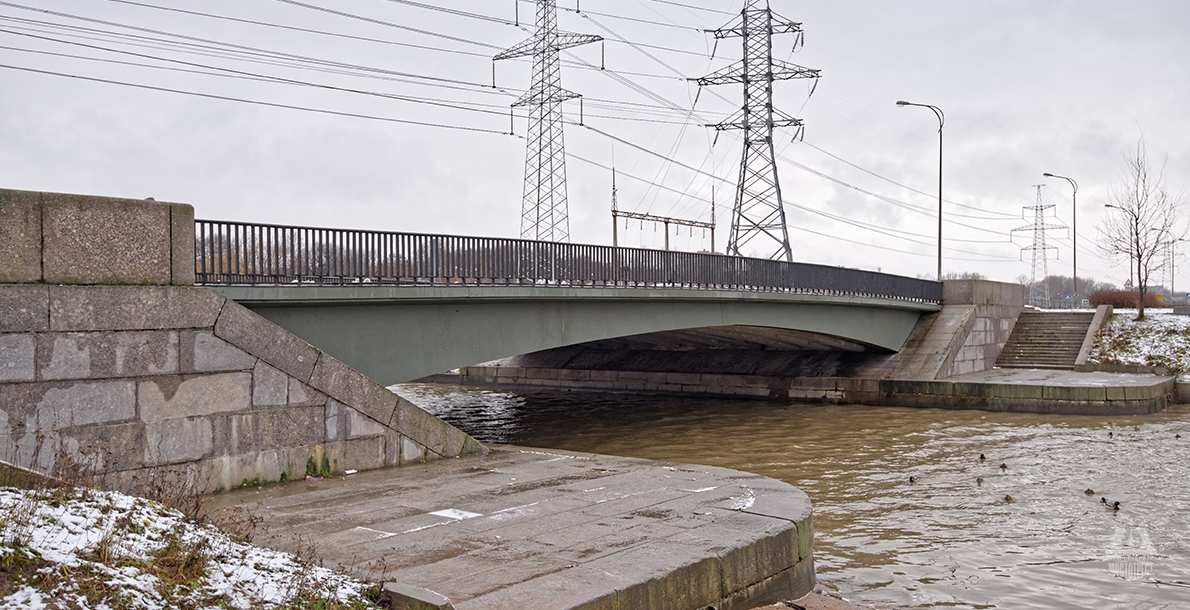 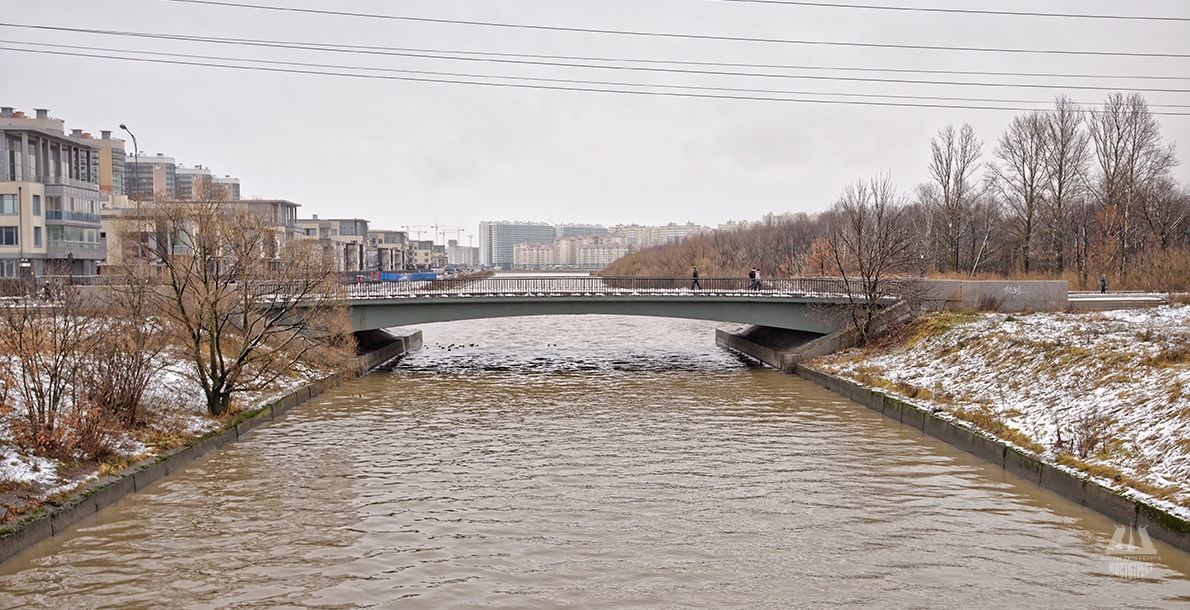 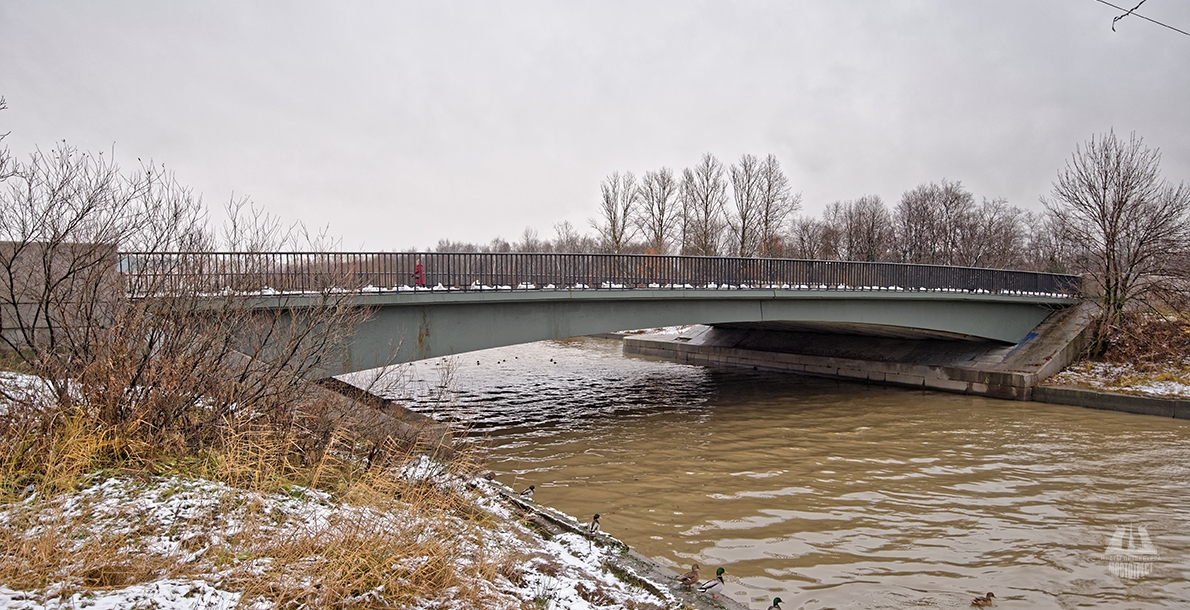 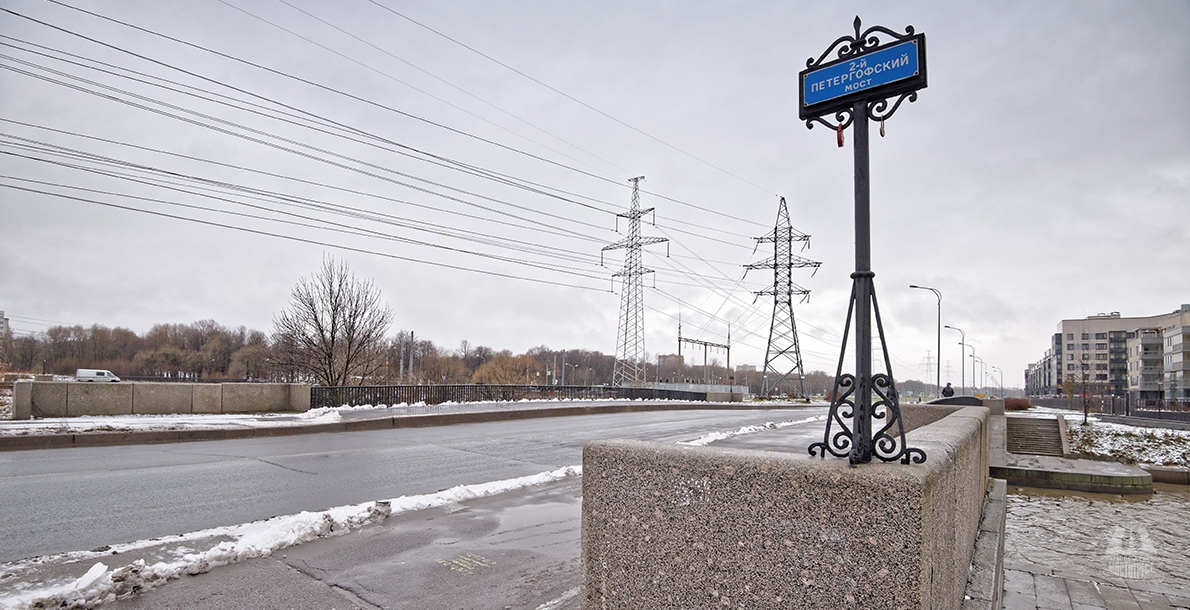 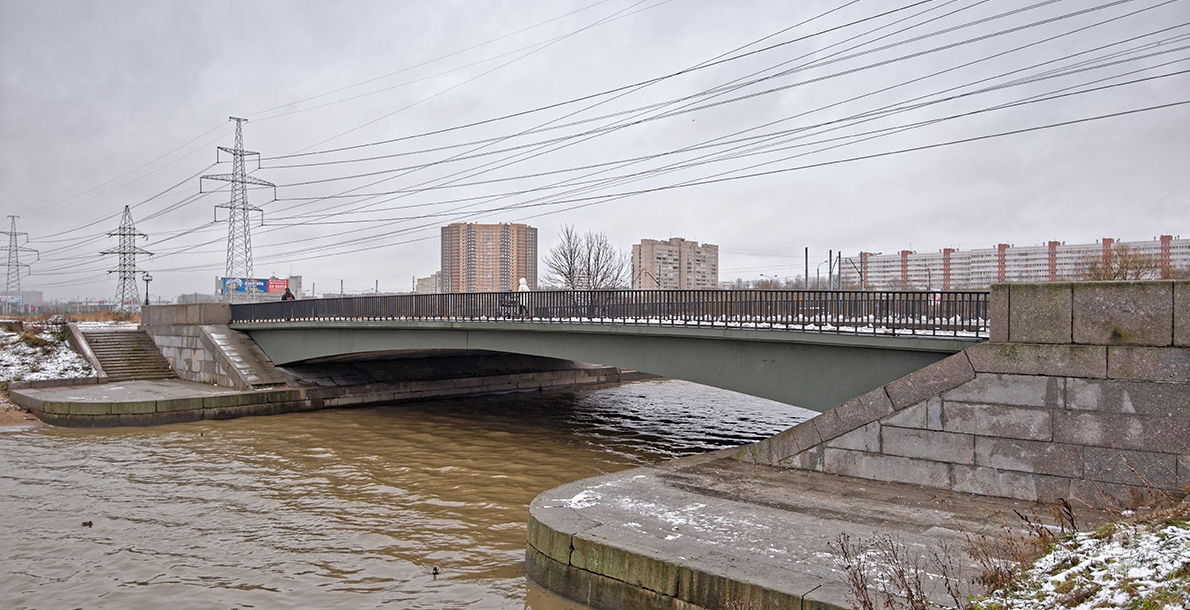 The 2nd Petergofsky Bridge is located from the side passage of Petergofskoye Highway across the Dudergofsky Canal. The bridge was built in one of the main areas of housing, which was conducted on reclamation areas in the part of the City where there was the forward edge of Leningrad defence during the Great Patriotic War.

The bridge was built in 1982, under the project of engineer А.А. Sokolov of Lengiproinzhproject. The crossing is a single-span reinforced concrete cantilever frame bridge. The design is similar to the 1st Petergofsky Bridge located upstream the canal at Petergofskoye Highway.

The superstructure consists of standardized precast prestressed reinforced concrete blocks with the curved outline of the lower chord. Facades are lined with metal sheets. Reinforced concrete slab of the roadway is included in the main beams operation. The bridge abutments are massive ones, made of monolithic reinforced concrete on earth foundation and faced with granite. Low retaining walls are placed adjacent to the abutments. The roadway is covered with asphalt concrete pavement; sidewalks – with sand asphalt. The cast iron gratings of a simple pattern with metal inserts and without bollards are installed on the bridge.

The bridge is designed for car and pedestrian traffic. It got the present name in 2010, and before that time it had no name. The bridge is located near to Yuzhno-Primorsky Park and the residential development Baltic Pearl erected in the 2000s.