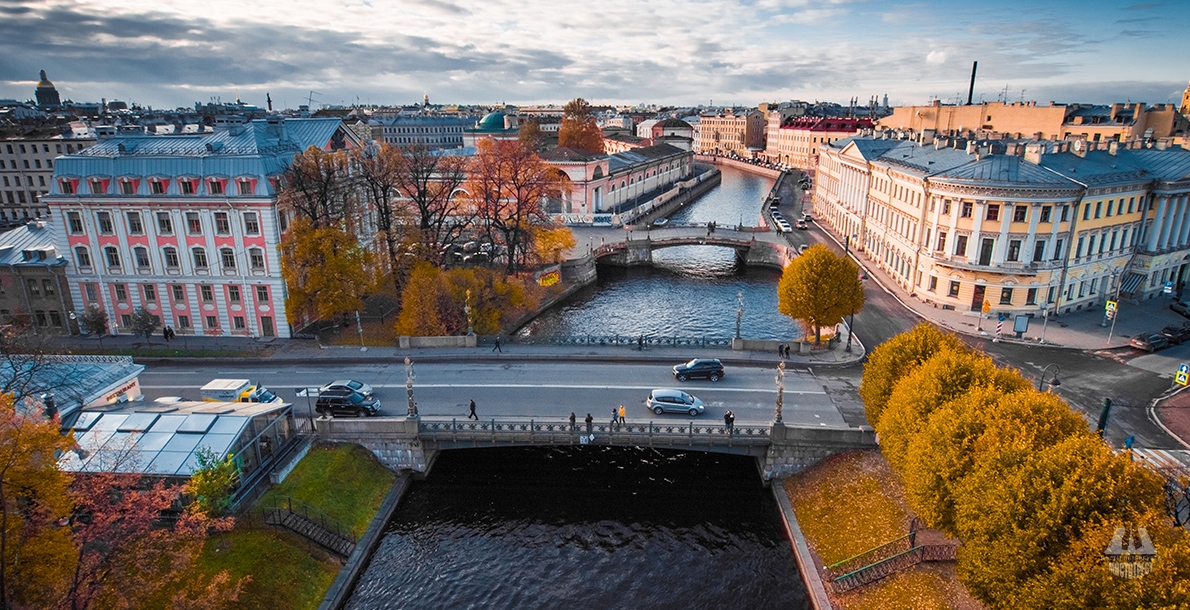 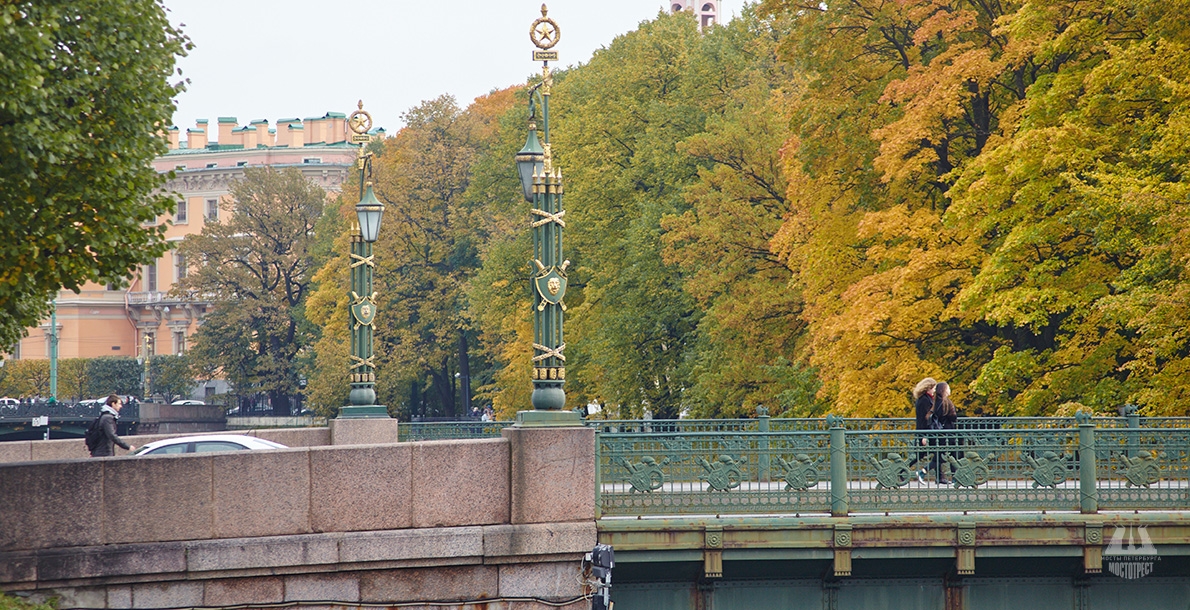 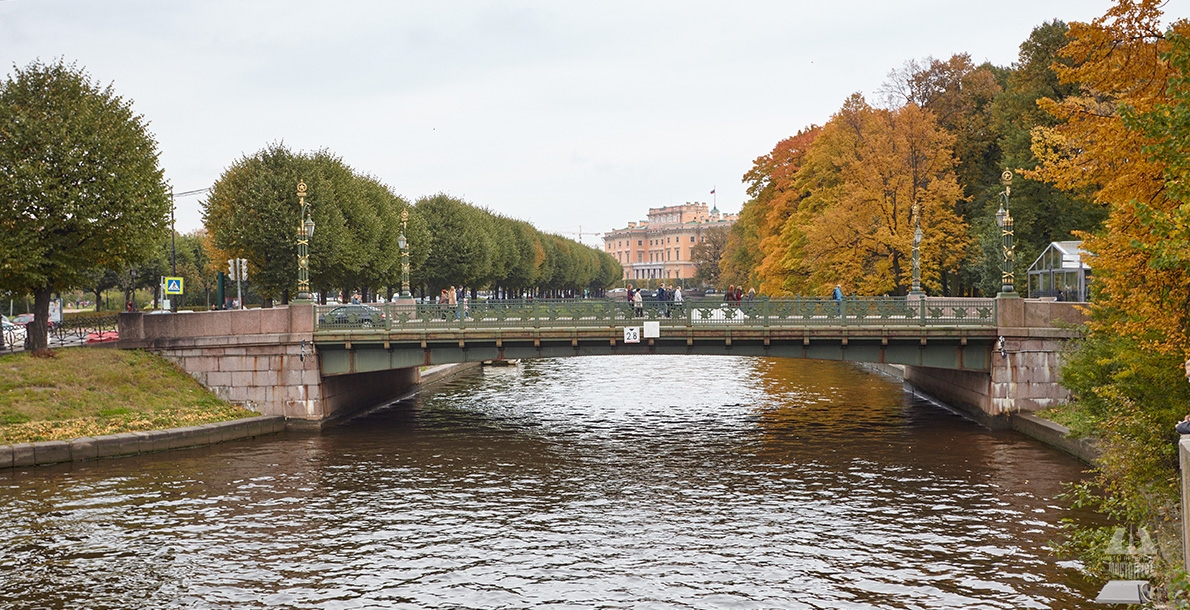 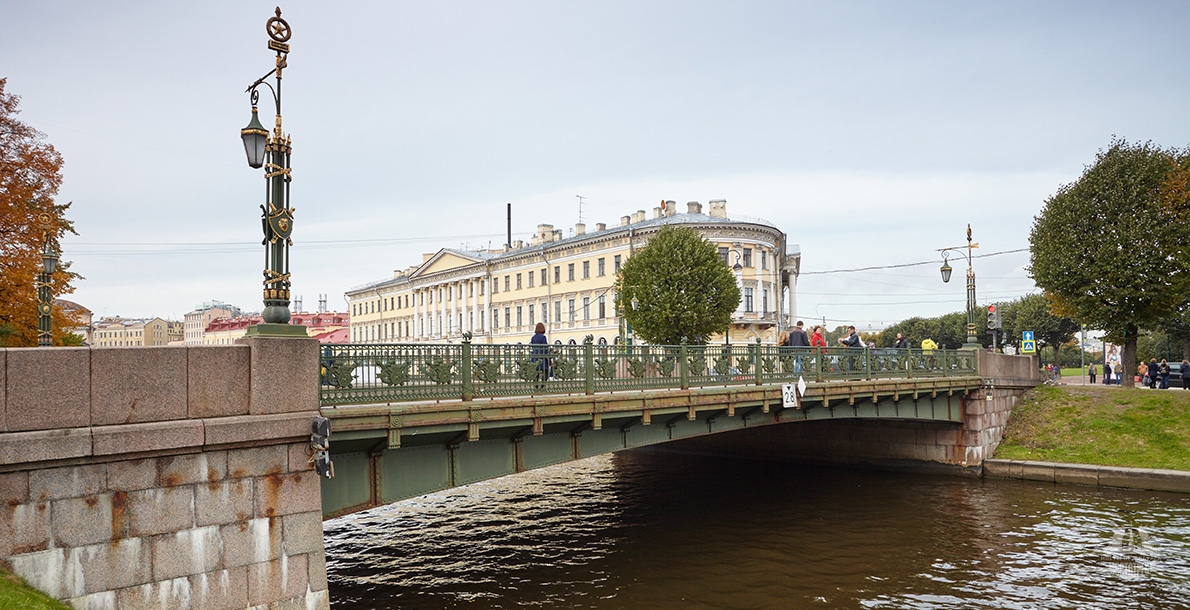 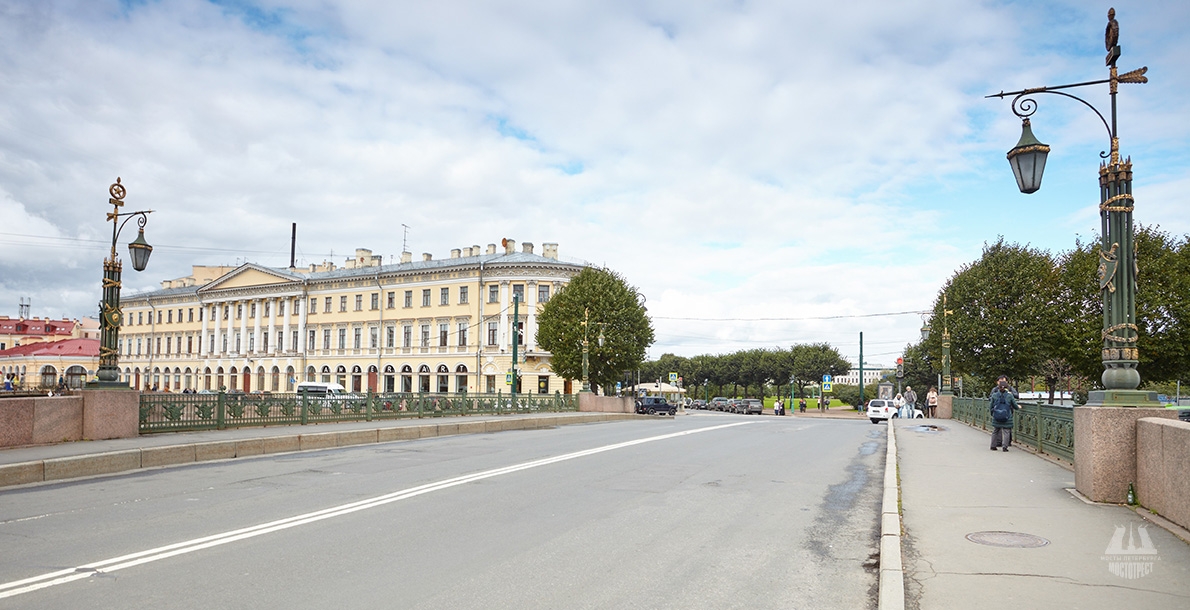 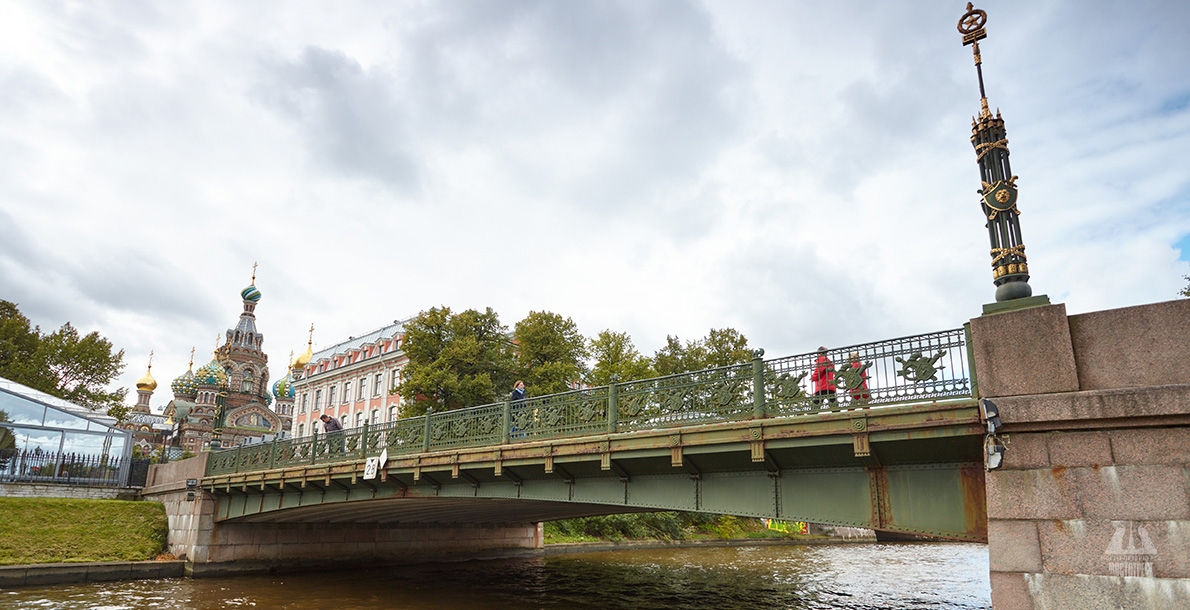 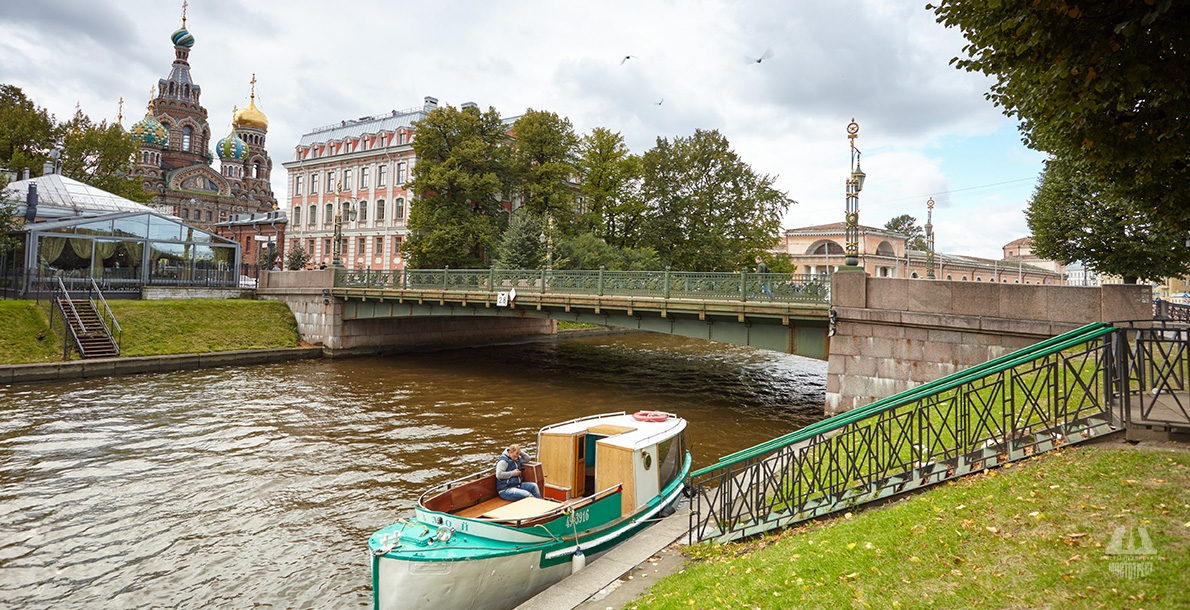 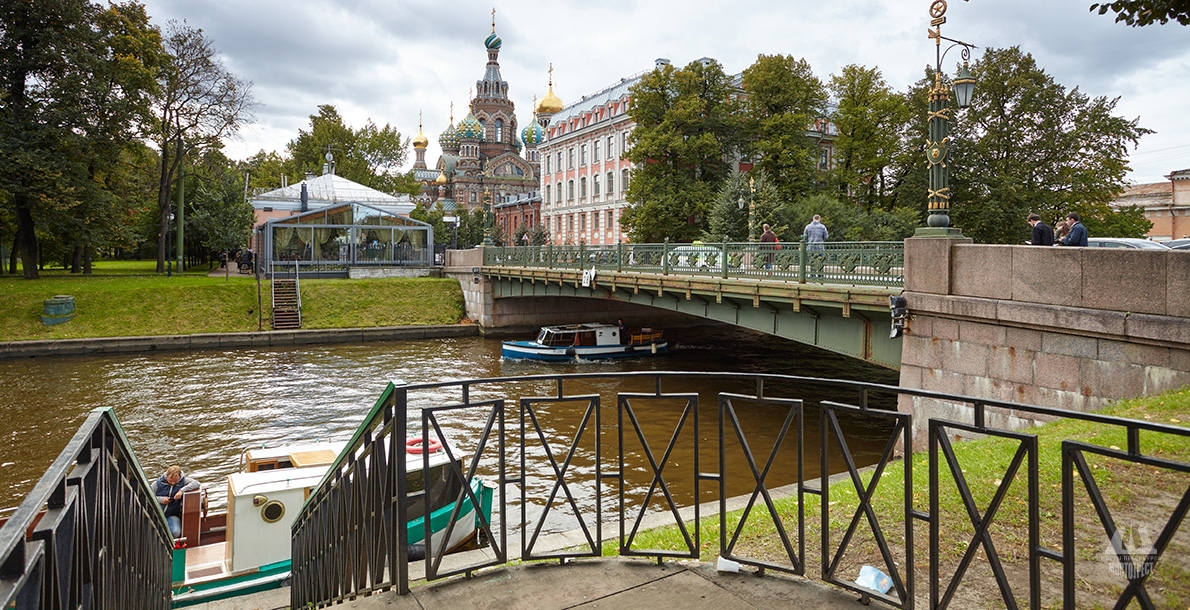 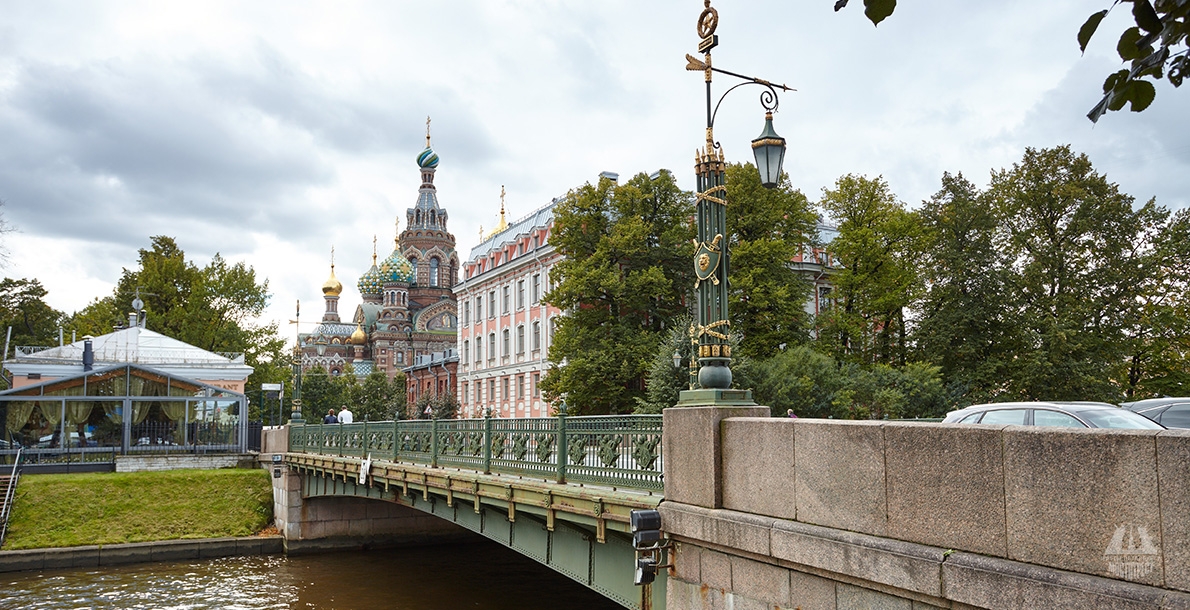 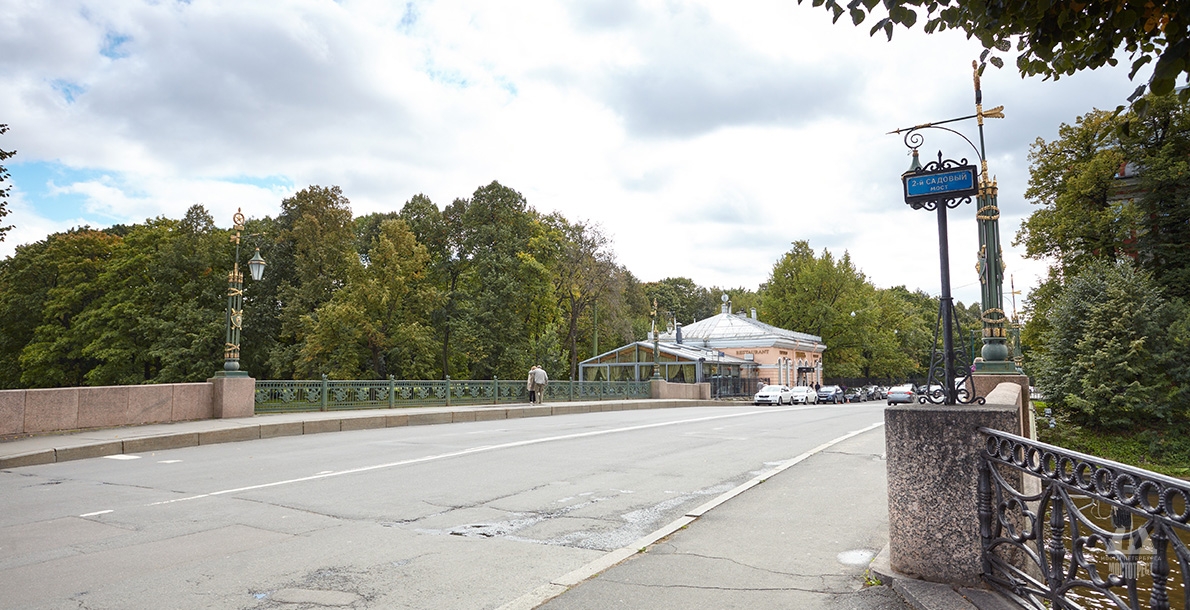 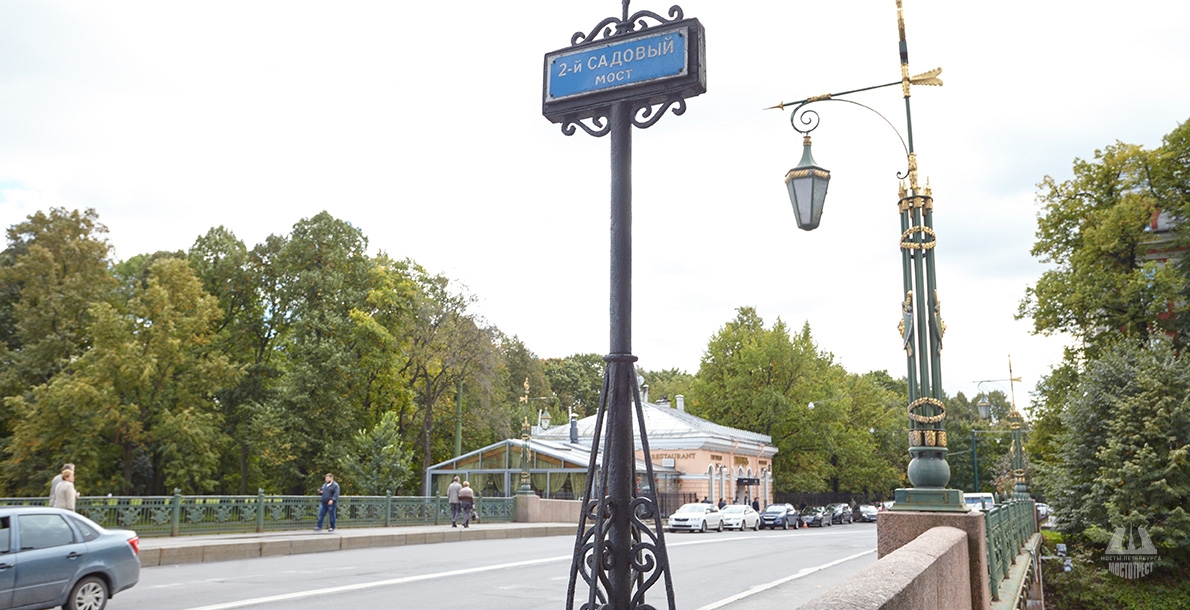 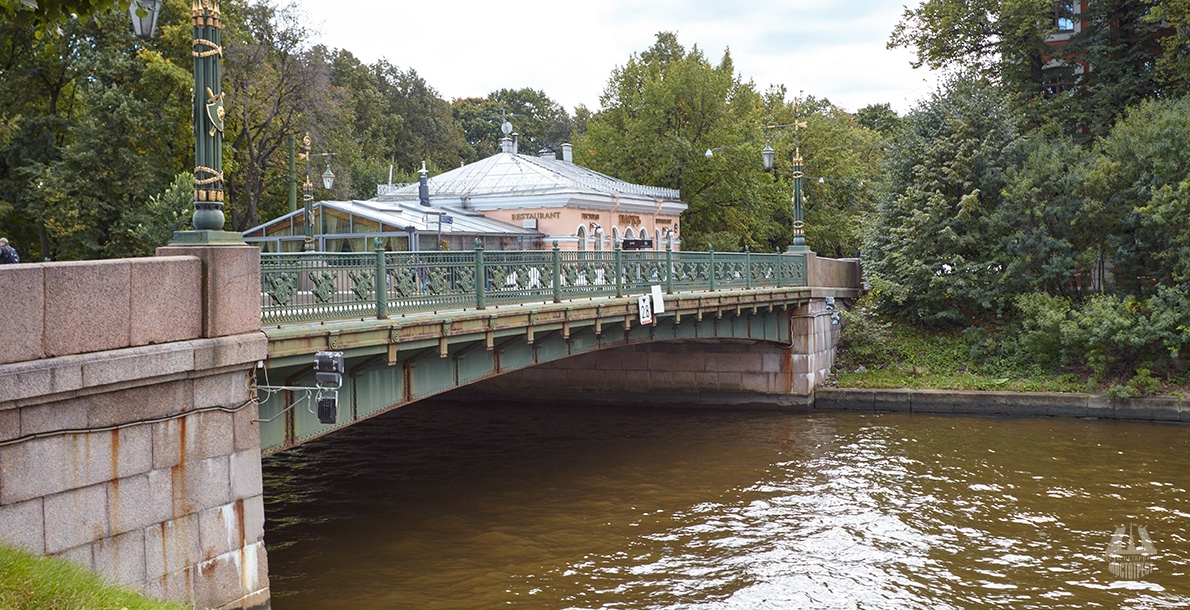 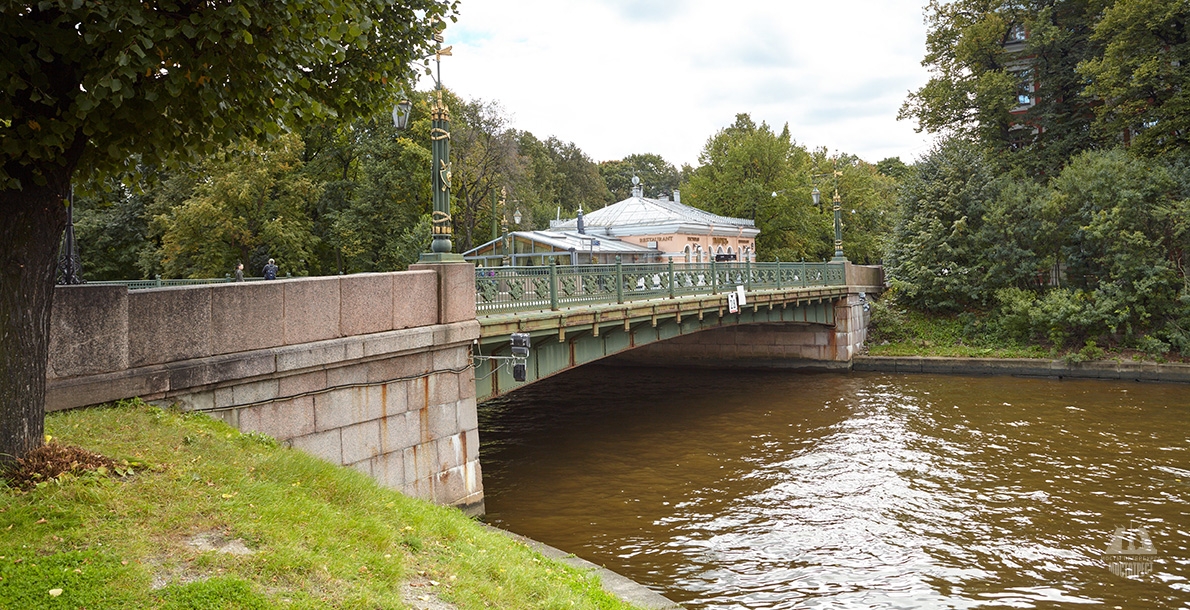 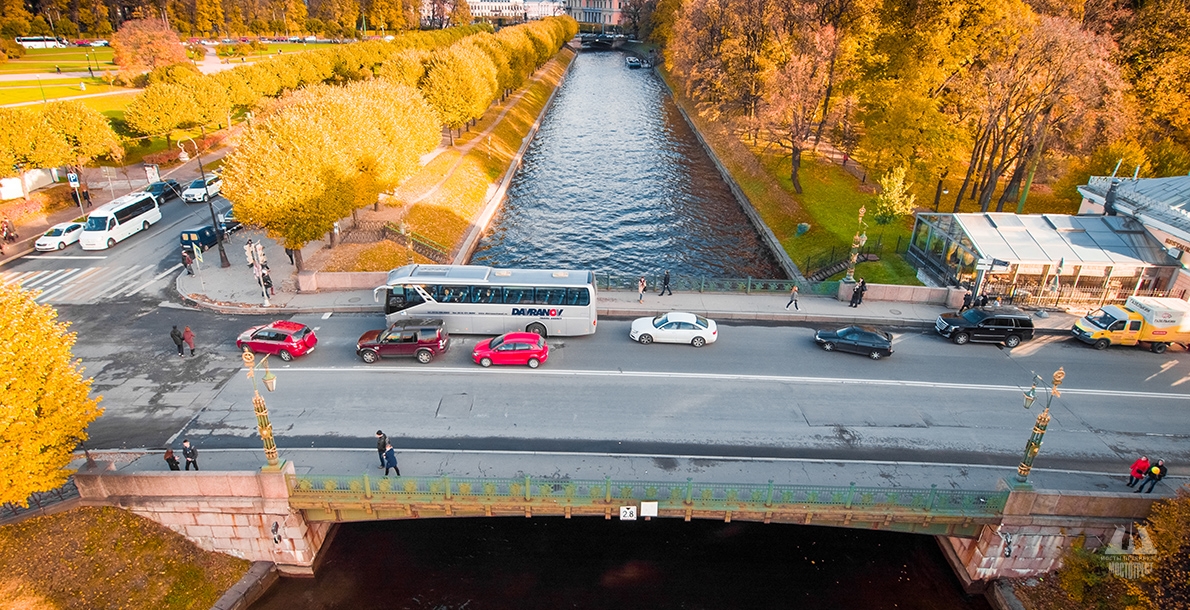 The 2nd Sadovy Bridge is located along the Field of Mars (Marsovo Polye). Until 1828 there was a wooden Teatralny Bridge named so because of the first Free Russian Theatre located nearby, which is located in the southwest corner of the Field of Mars.

There was a timber Malo-Konyushenny Bridge close to Teatralny Bridge across the Catherine Canal. Teatralny Bridge had a lifting deck and stood until 1830 when Trekharkovy (Three-Arch) Bridge was constructed on the place of the Griboyedov Canal head.

The first bridge at this site was built in 1876. It was a single-span iron beam bridge with through exposed trusses on cast iron piles, and intended for the horse-drawn railway.

In 1935, it was replaced by three-span beam timber bridge on metal farms. Cast iron railing was made by the type of railing of the stone bridge across the Tarakanovka River at Narva Triumphal Arch built in 1830 and filled up with the appropriate section of the river in 1920.

In 1961, at the initiative of the engineer P.P. Stepnov art casting railing of the bridge was restored instead of a timber railing. Works were carried out under the project of architects I.N. Benua and A.E. Polyakov. The railing is decorated with laid-on moulding depicting the armour of ancient warriors. The railing is under the state protection.

In years 1966-1967, under the project of architect L.A. Noskov timber bridge was rebuilt in a single span reinforced concrete bridge in the form of two-hinged frame. From the facades its span has a curved shape of the bottom chords. The bridge abutments are massive, made from reinforced concrete, and faced with granite. Carefully preserved old railings were installed on the bridge.

Entrances to the bridge were decorated with stand lamps by the type of the 1st Sadovy Bridge.

In 1970 the architectural details on the bridge were gilded.

In 1985 elevated granite curb was installed.

From the side of the Field of Mars going over the bridge it is possible to walk to the Church of the Savior on Spilled Blood, and then to the Konyushennaya Square. On the left side of the road the Mikhailovsky Garden is located, and on the right - the Higher School of Folk Arts and the Stone Museum.

In May 2016 thousands of hockey fans who visited the fan zone of the World Hockey Championship, situated just at the Konyushennaya Square, were walked there. 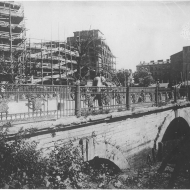 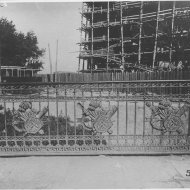 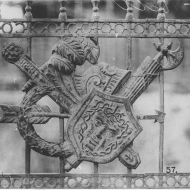 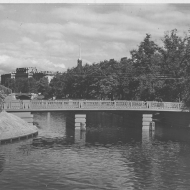