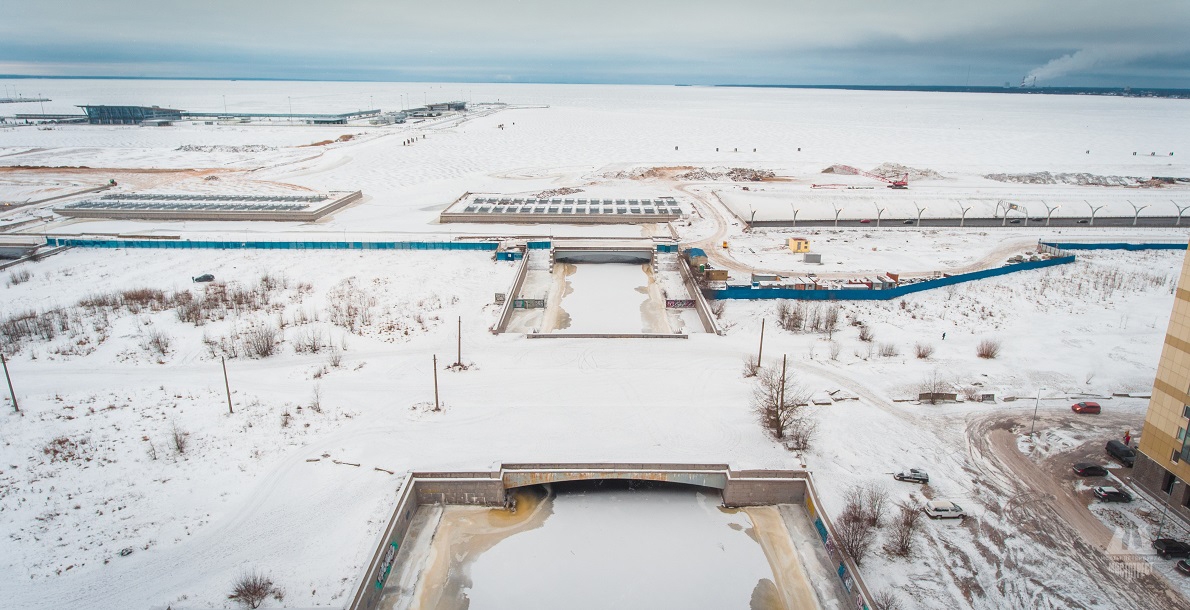 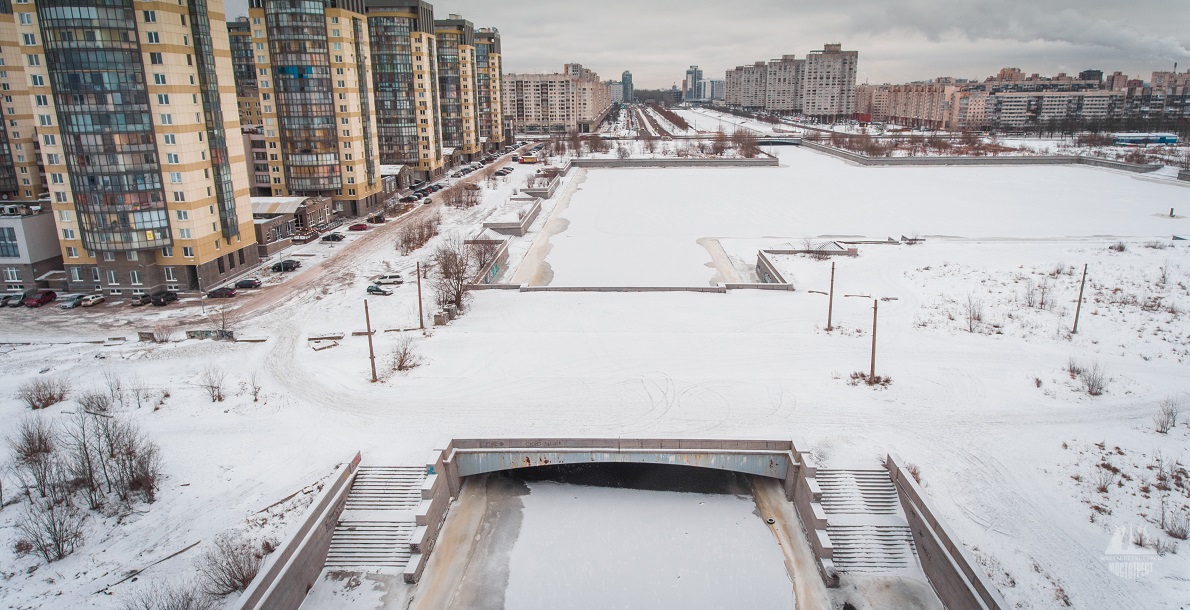 According to new lay-out the Smolenka River is widened from the downstream of the Korablestroiteley Bridge and is divided into two arms with the River Island between them. The numbered Smolensky Bridges (including the 1st Smolensky Bridge in St.-Petersburg) were built in the 1980s in alignments of the future Morskaya Embankment.

The 2nd Smolensky Bridge is a part of the complex of constructions built in the western part of Vasilyevsky Island, during the design of the Marine facade of the city of Leningrad.

The bridge was built in 1986-1987 under the project of engineer А.А. Sokolov of Lengiproinzhproject. It is a road single-span reinforced concrete cantilever frame bridge with a hinge in the middle of the span.

Near the bridge, when the alluvium on Vasilyevsky Island had not been created yet, there was a beach where locals liked having a rest.