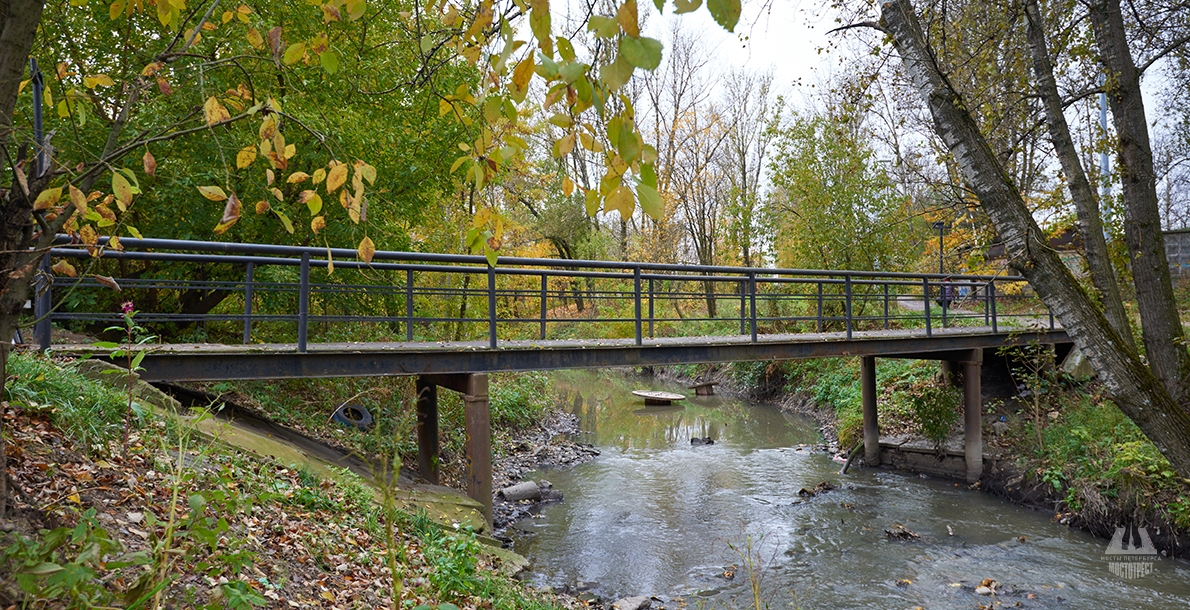 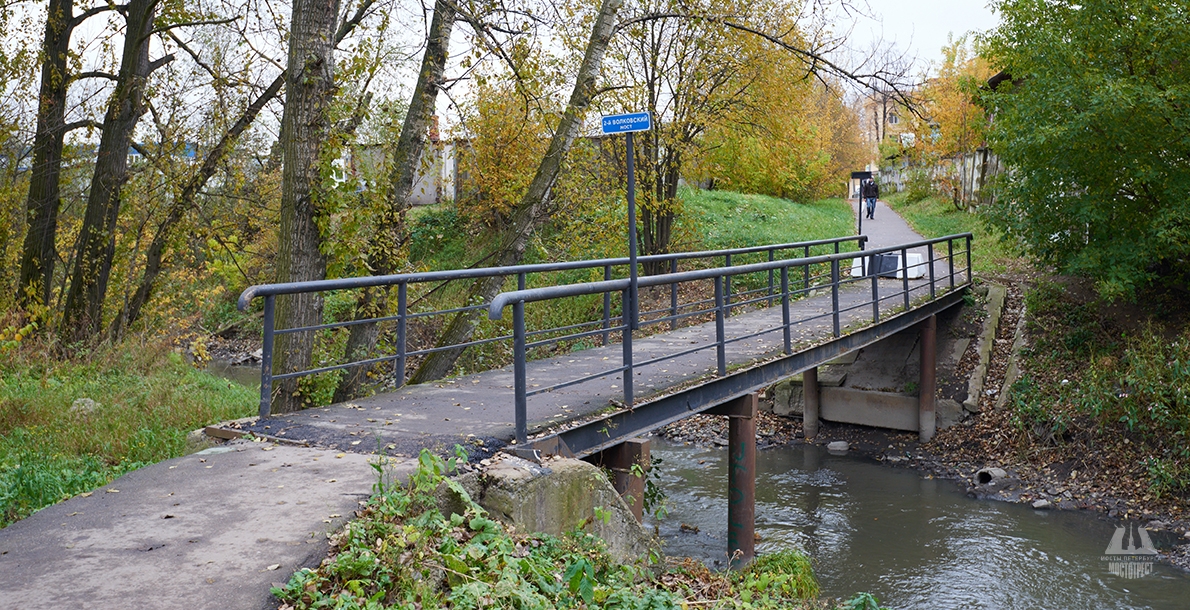 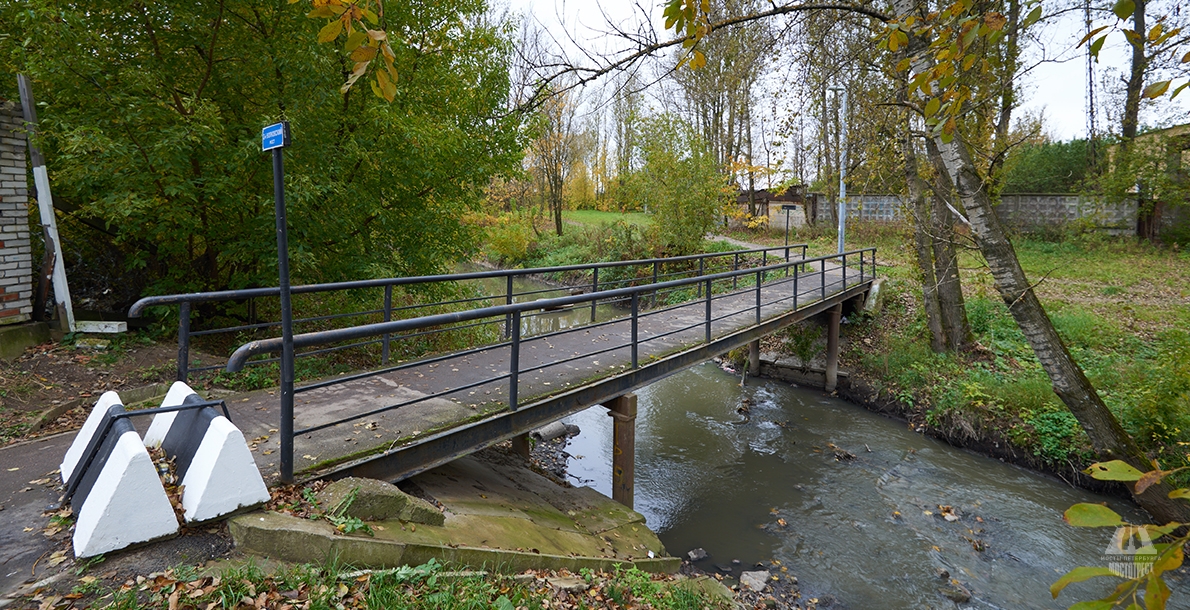 The 2nd Volkovsky Bridge is a pedestrian bridge over the Volkovka River located near the building No. 69 along Volkovsky Prospect.

In 1949 a single-span wooden beam bridge with wooden spans, on pile abutments with pile retaining walls existed there. Railing and decking were wooden.

In 1961 major repair was performed: Wooden stringers were replaced by metal span. It was a single-span simple bridge. The abutments, railings, and decking were wooden. The bridge length was 13.7 meters, and width was only 2.3 meters. The bridge was named the 2nd Volkosky Bridge in the end of 1960s.

In 1990, under the project of engineer of TD of the Project Department of Mostotrest MP, the bridge was rebuilt in a three-span metal simple bridge. The superstructure consists of metal I-beams with orthotropic slab of the footway. The bridge abutments and intermediate supports are pile metal made of pipes filled with concrete.

The bridge is designed for the pedestrian traffic. There is metal railing. There is asphaltic concrete pavement on the roadway.

The bridge was built by efforts of RSU-5 PG, under the supervision of chief engineer N.I. Tarasenko and foreman A.V. Guzov. Inspector E.M. Lazarev of TD of Mostotrest MP exercised technical supervision of the work.

From the one side of the bridge it is possible to get to Bukharestskaya Street to St.-Petersburg State University of Film and Television. If you go to the west, the road from the bridge will lead you to the railway platform Vozdukhoplavatelny Park. The station derived such name from military educational establishment - Aeronautic training park in the Volkovo Village located in the XIX – the beginning of the XX centuries, where preparation of aeronauts-officers of aeronautic units was performed. Also in the park territory tests of "aeronautic shells" − planes were performed, and the equipment for aeronautic units was carried out.