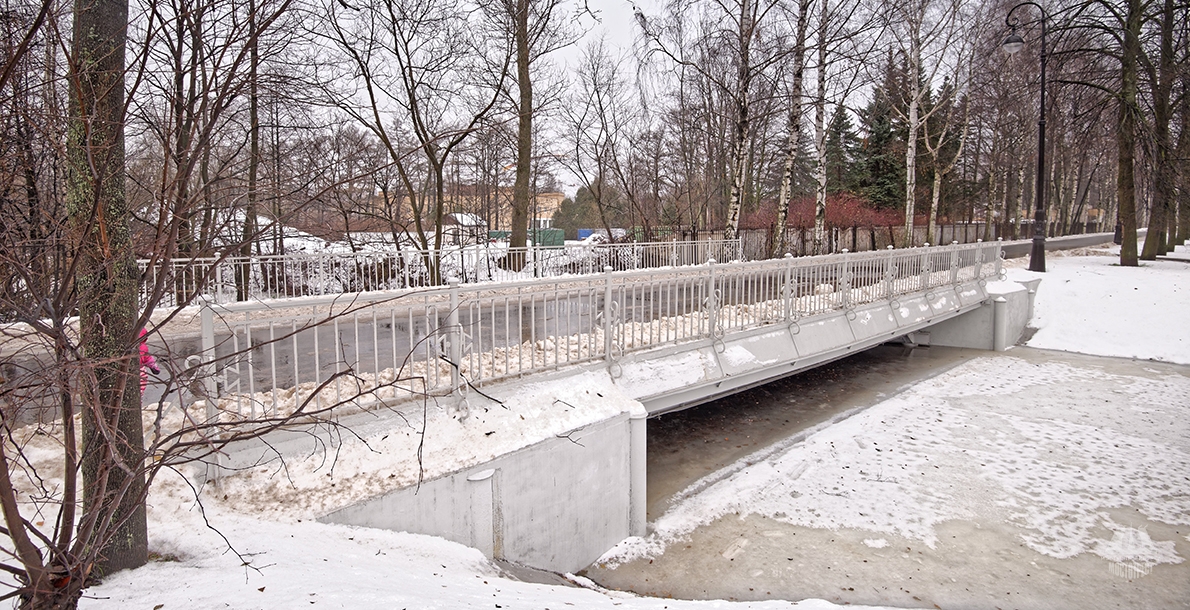 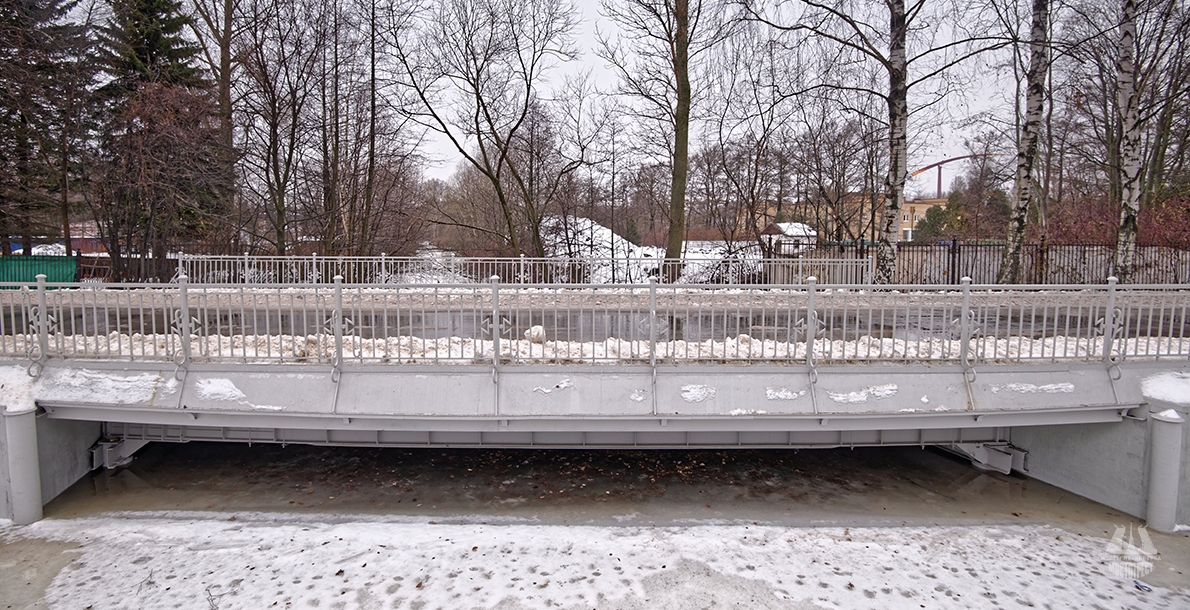 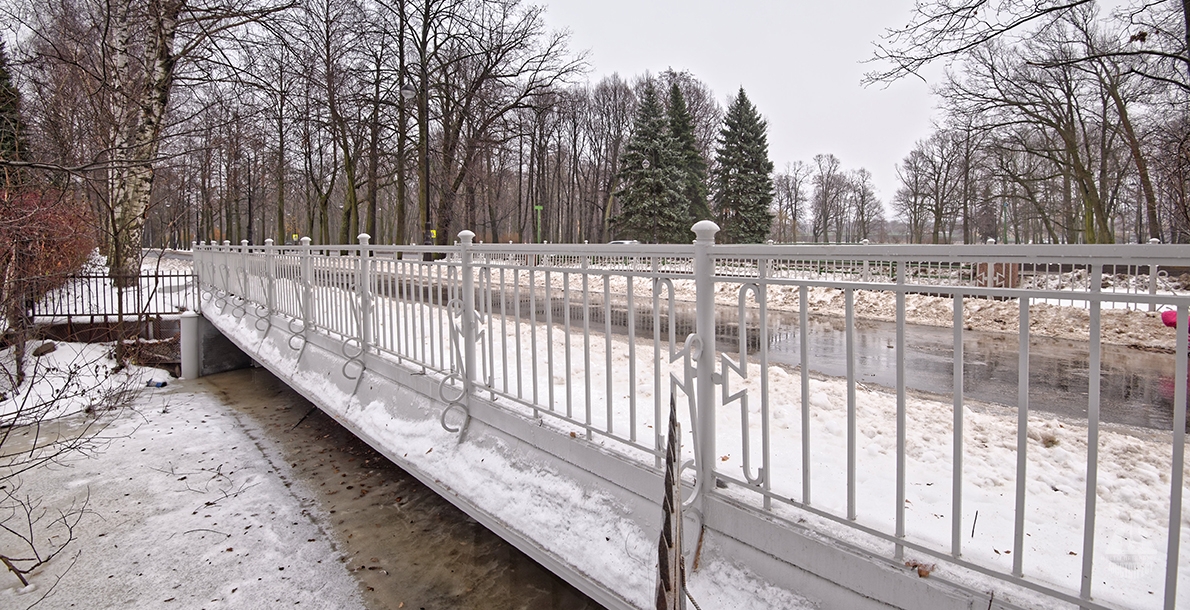 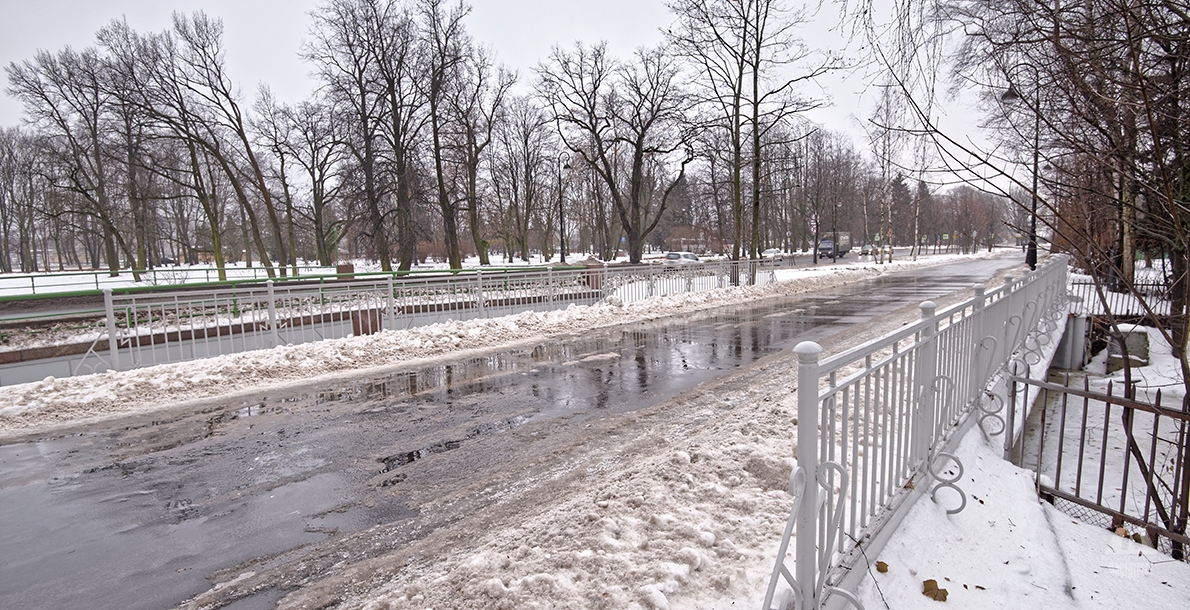 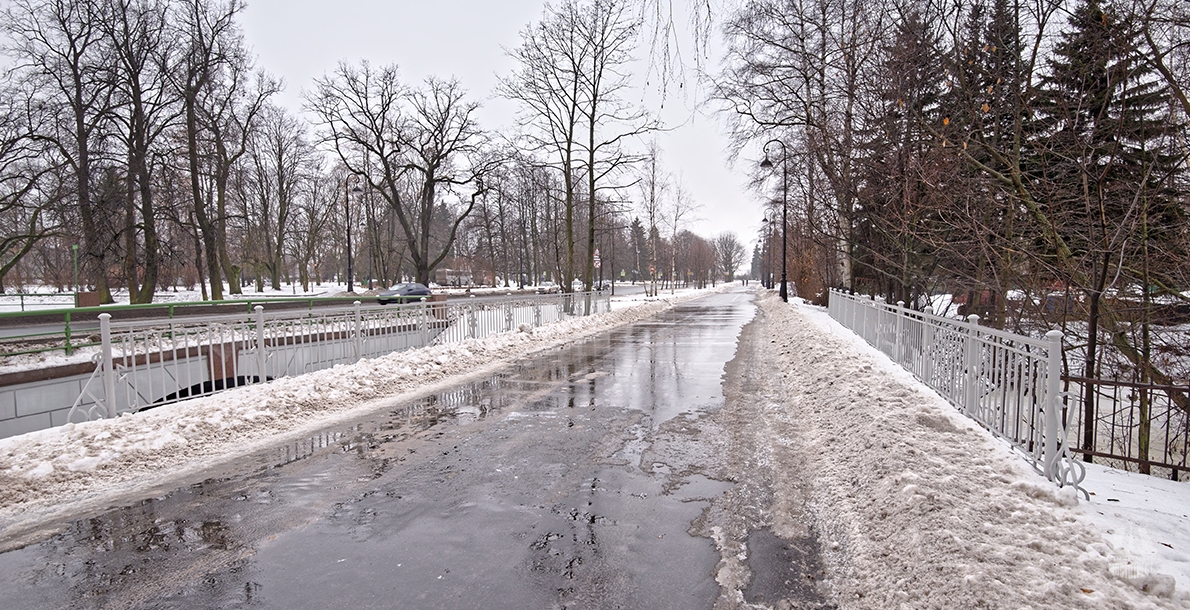 The tram bridge was built there in 1949 at the opening of the Stadium named after Sergey Kirov. The project of the bridge was drawn by engineer A. D. Gutzeit of Dormostproekt. The bridge is a single-span metal simple bridge. The superstructure consisted of I-beams of constant height.

The bridge abutments are of lightweight type on metal piles filled with concrete. The retaining walls are made of reinforced concrete slabs. The upper structure was a wooden one consisting of stone beams and timber decking. Metal welded railings of a simple pattern with metal tubular supports were installed on the bridge.

The bridge was built by efforts of the 2nd building department of Bridge and Embankment Construction Trust. Engineer N.N. Nikitin of Lenmosttrest Department for Capital Construction exercised technical supervision of the work.

The upper wooden structure was repaired several times. In 1991 sleepers and decking were replaced by efforts of Specialized Installation and Maintenance Directorate in cooperation with the line service.

In 2007 the train traffic was stopped. In 2010 the bridge was demolished and restored in 2016 only. Close to the bridge there is Yuzhnaya doroga Street that leads to the new football stadium, and to the opposite side – to Bolshoy Petrovsky Bridge.