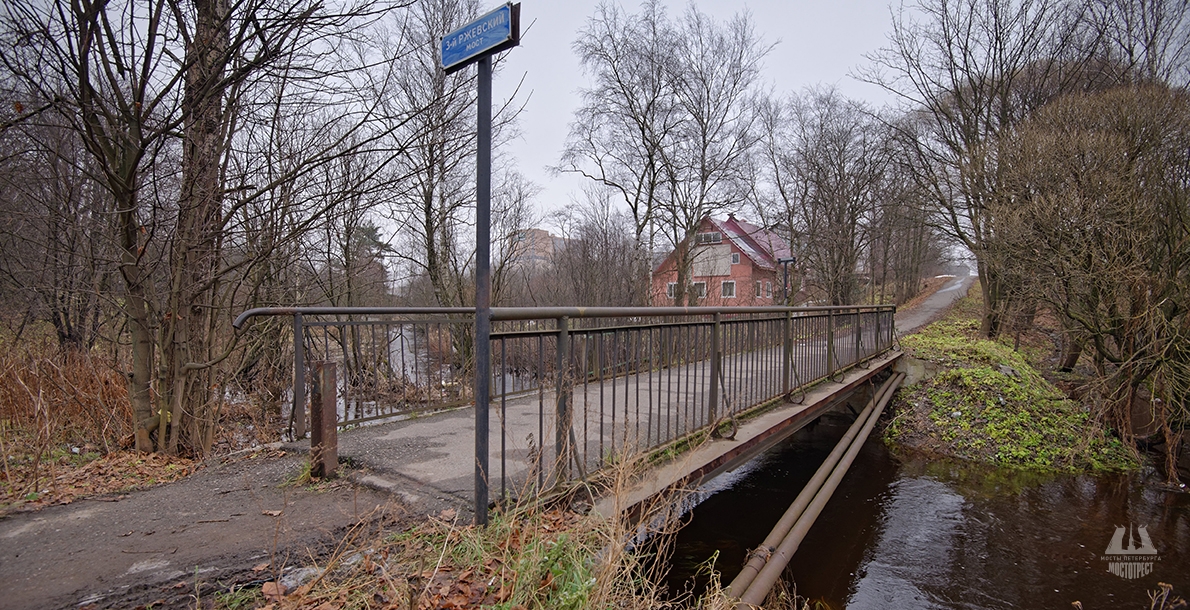 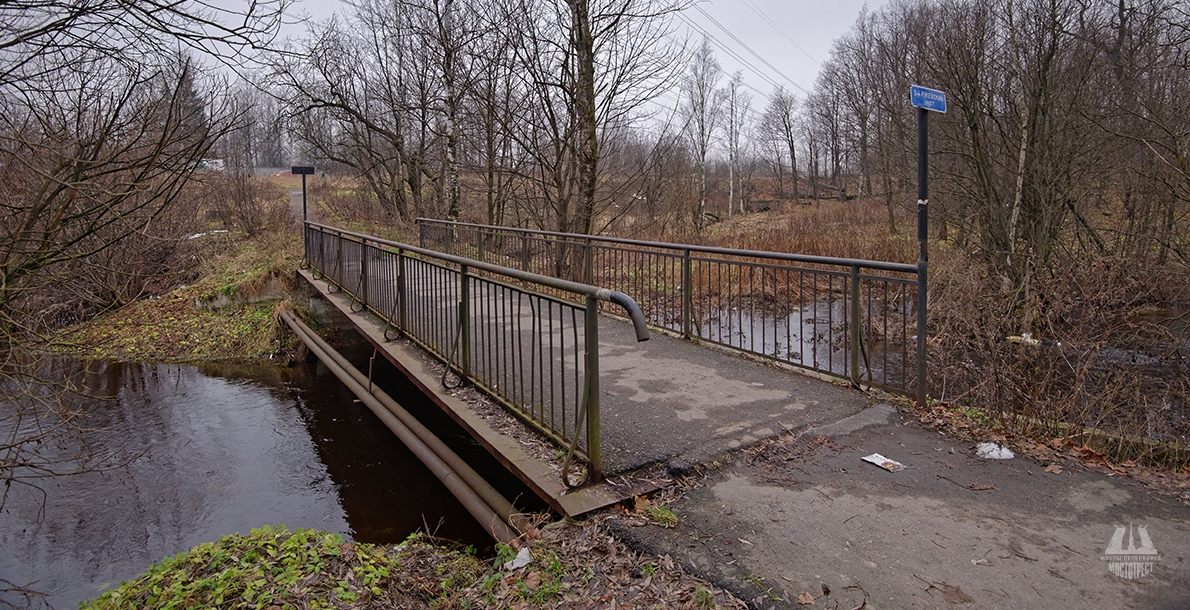 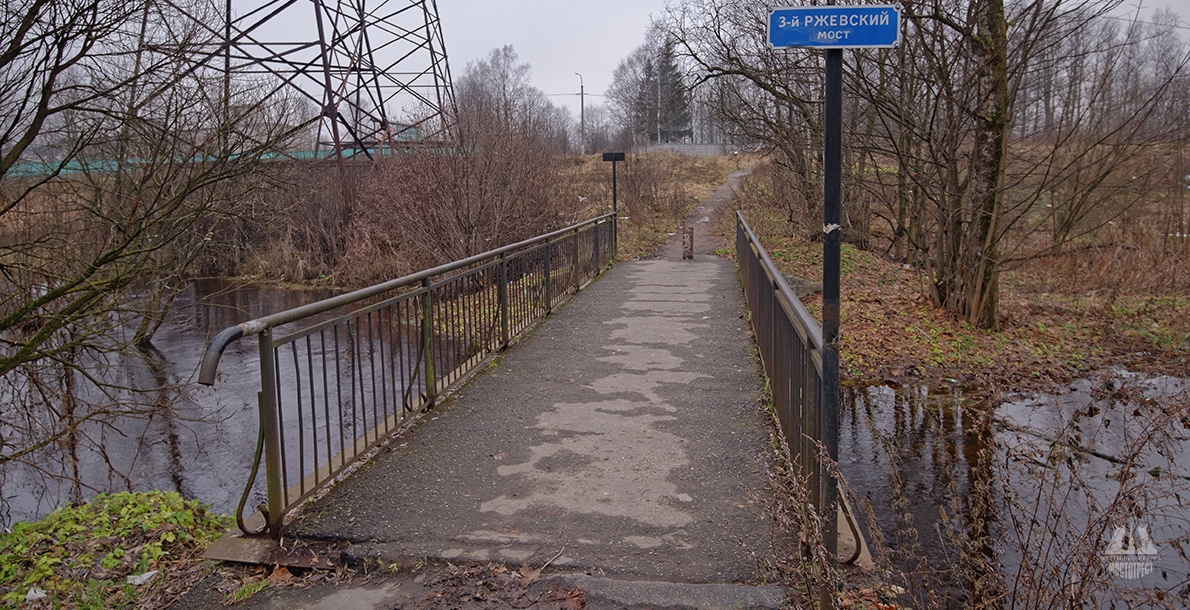 The 3rd Rzhevsky Bridge connects Kovalevskaya Street and Rzhevskaya Street and spans the Gorely Brook which flows in the north-east of St. Petersburg. The name of the creek has been known since the end of the XVIII century. In regional ethnographers’ opinion, it is connected with the dark colour of the water in it.

As for the name of the bridge, it was taken from the Rzhevka River. The bridge is located in the historic district of St. Petersburg - Rzhevka-Porokhovye. The Porokhovye District got its name from the powder depot located there. The construction of the Gunpowder factory on the Okhta river started by order of Peter the Great in 1715.

Until 1930 the bridge was outside the city boundaries and was under the jurisdiction of Communal area department, and then it was put on to Lenmosttrest books.

Initially it was a single-span simple wooden bridge. There was a metal superstructure. The bridge abutments were on wooden piles with wooden retaining walls. The covering was wooden one on wooden crossbars. There were standard wooden railings on the bridge.

In 1988-1990, under the project of engineer of V.I. Feldman of Mostotrest Design and Construction Bureau, the wooden bridge was rebuilt in a single-span metal simple bridge. The superstructure consists of metal welded beams.

The bridge abutments are lightweight ones installed on reinforced concrete piles with capping.