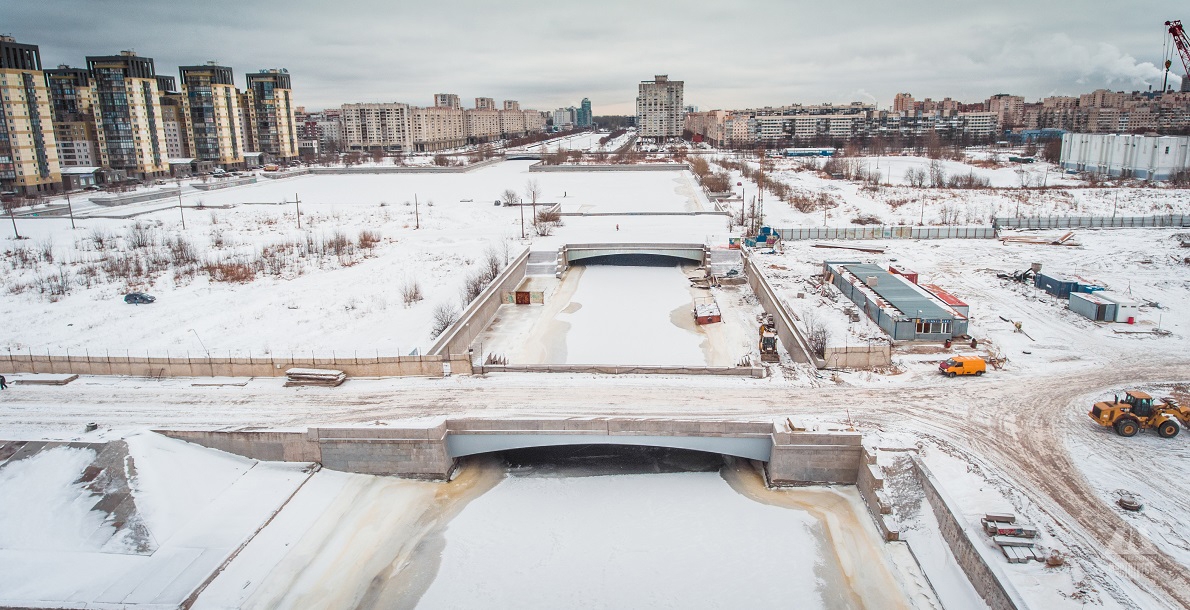 According to new lay-out the Smolenka River is widened from the downstream of Korablestroiteley Bridge and is divided into two arms with the River Island between them. The Smolensky Bridges with numbers (including the 1st Smolensky Bridge in St.-Petersburg) were built in the 1980s in alignments of the future Morskaya Embankment.

The 3rd Smolensky Bridge is a part of the complex of constructions built in the western part of Vasilyevsky Island, during the design of the Marine facade of the city of Leningrad.

The bridge was built in 1989-1990 under the project of engineer V.I. Eduardov of Lengiproinzhproject .

It is a pedestrian single-span reinforced concrete cantilever frame bridge with a hinge in the middle of the span.  The superstructure is made of standardized prefabricated reinforced monolithic concrete blocks with blocks connected together by steel insert welding to the cotter embedded parts installed along the span. The superstructure facades have a curved shape of the lower chord and are faced with a metal sheet. The parapets are made of reinforced concrete with granite facing.

There is an asphaltic concrete pavement on the bridge over the concrete plate included in the operation of the main beams. Having passed the bridge, the residents of Vasilyevsky Island can go downstairs to the embankment.