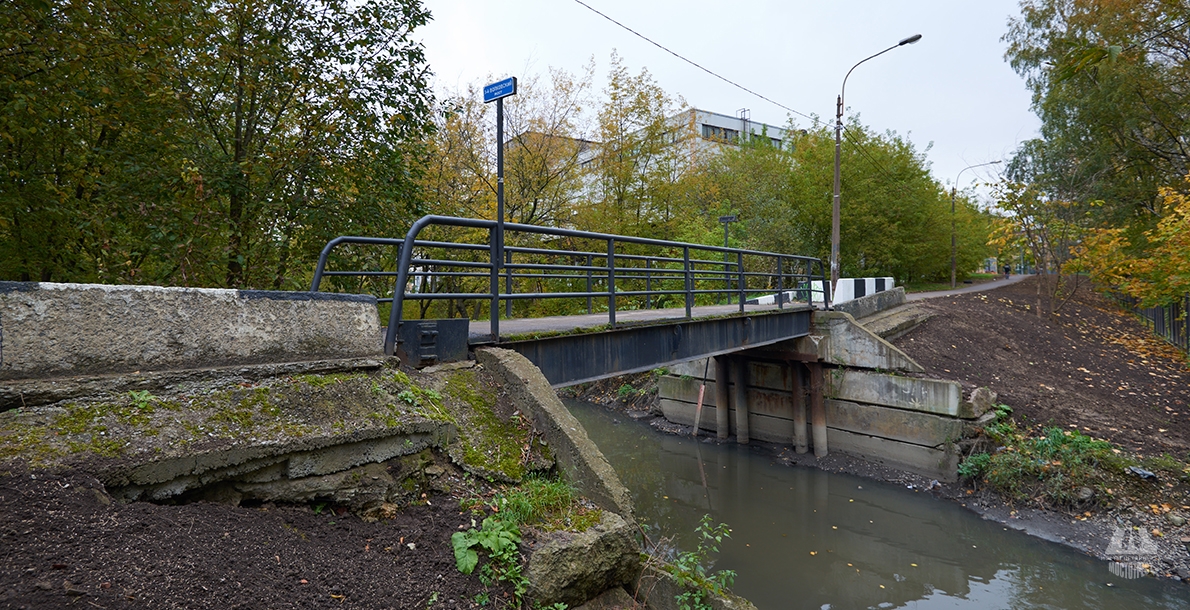 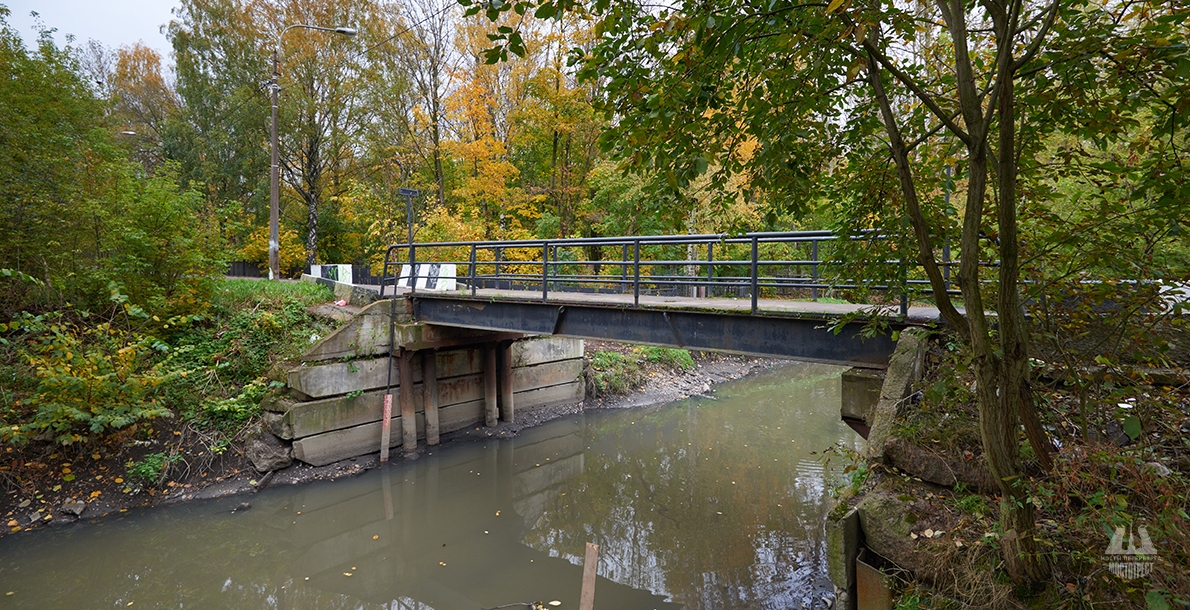 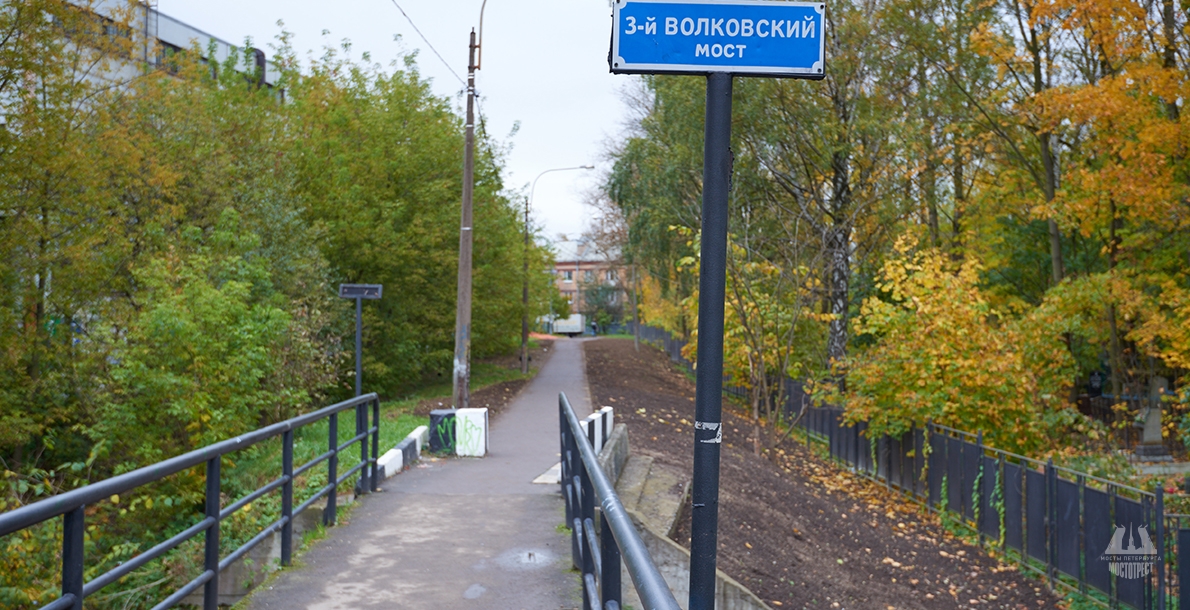 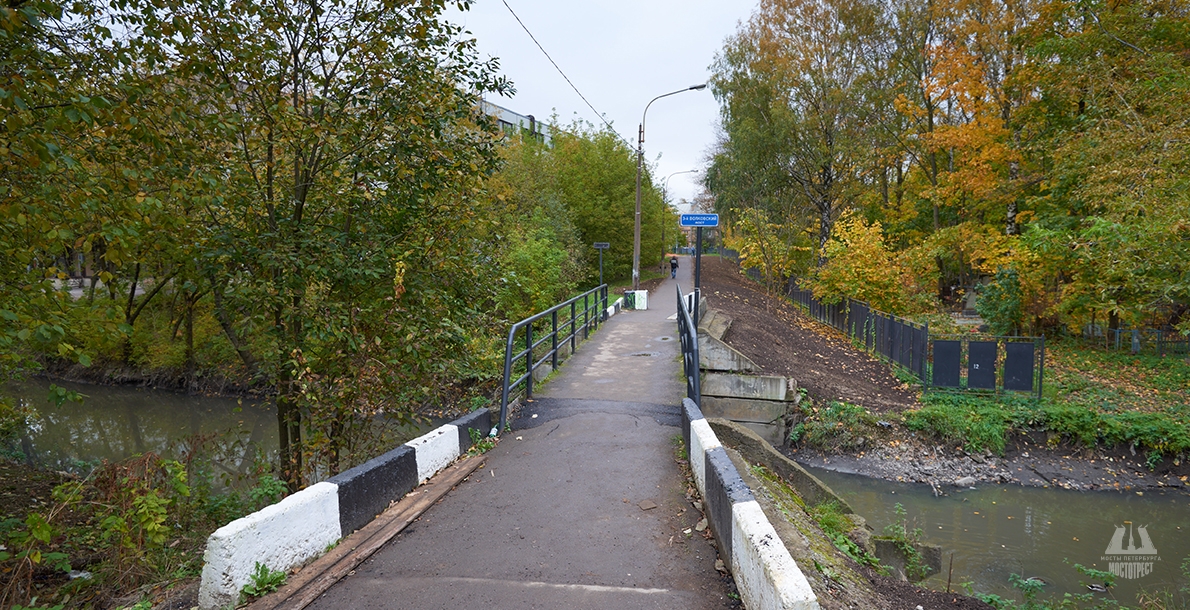 The 3rd Volkovsky Bridge is a pedestrian bridge over the Volkovka River in Frunzenksy District of St. Petersburg. It is located below Almazny Bridge opposite to building No. 122 on the Volkovsky Prospect. The bridge is designed for the pedestrian traffic.

In 1960s a single-span wooden pedestrian simple bridge existed there. The superstructure consisted of metal welded beams. The bridge abutments were on timber piles with laminated retaining walls. Decking and railing were also wooden.

In 1966 major repair of the bridge took place without changing in the structure. The length of the bridge was 12 meters, width - 3.15 meters. The works were performed by RSU Lenmosttrest.

The bridge was named the 3rd Volkosky Bridge in the end of 1960s.

In 1988, under the project of engineer of V.I. Feldman of Mostotrest MP, the bridge was rebuilt in a single-span metal simple bridge. The superstructure consists of metal I-beams with orthotropic slab of the footway. The bridge has stone abutments on pile foundations.

Railing of lightweight type is installed on the bridge. There is asphaltic concrete pavement on the roadway.

The bridge was built by efforts of SSBEE, under the direction of engineer Е.V. Egorov. Inspector E.M. Lazarev of TD of Mostotrest MP exercised technical supervision of the work.

The nearest large highway to the bridge is Volkovsky Prospect which was named in 1896 from the Volkovo Village.

Today by the prospect it is possible to get to Volkovskaya metro station. It is one of the first two stations of the 5th line of St.-Petersburg underground which is also named the Frunzensky radius. Volkovskaya is well-known for the fact that it became the first over 45 years deep level pylon station. Now it is an important hub for ground transport which of Frunzenksy District goes to Nevsky, Central or Moscovsky Districts of St.-Petersburg.