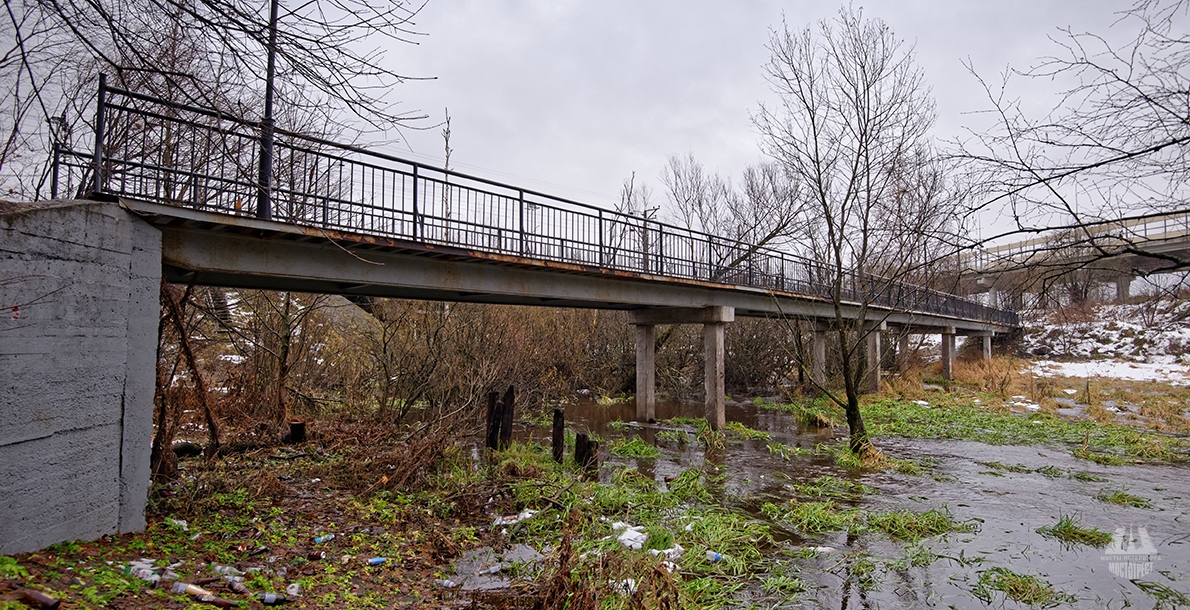 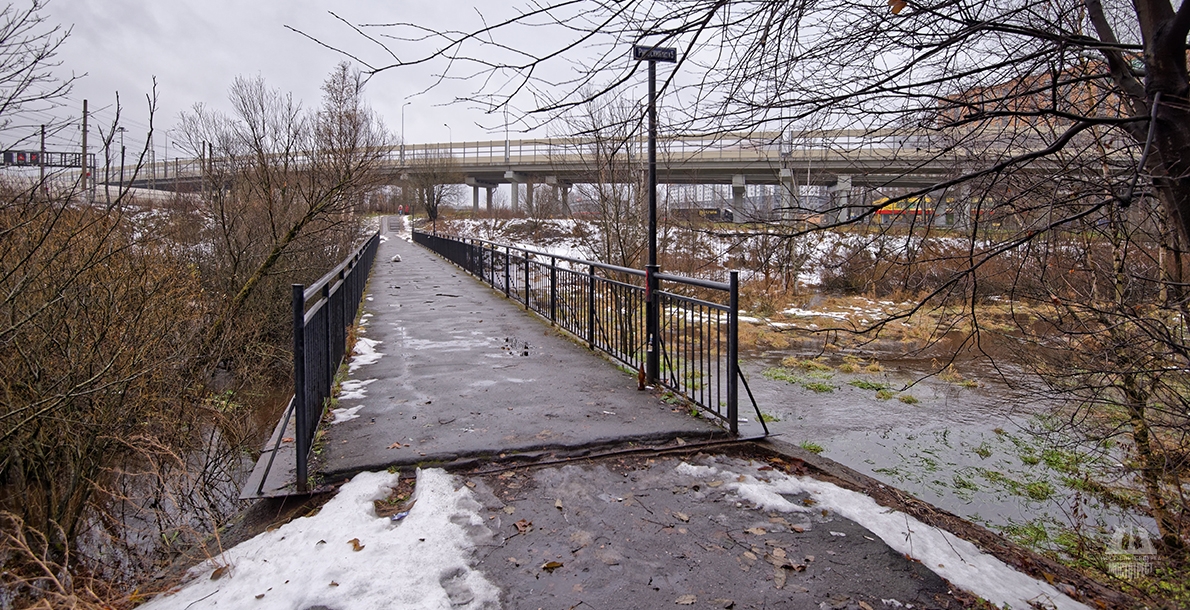 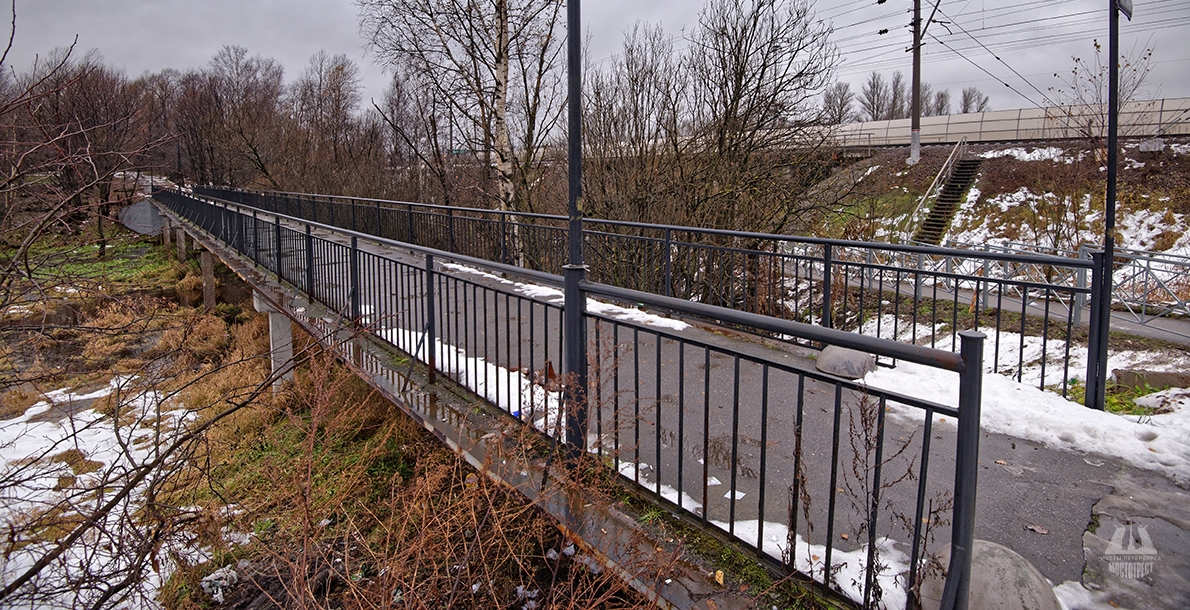 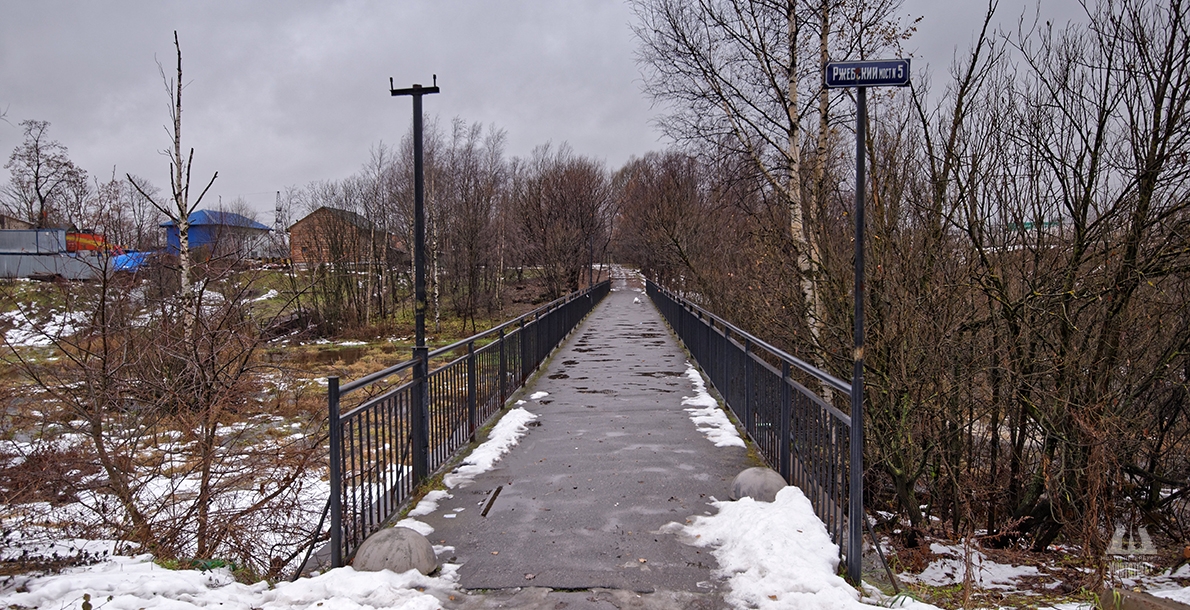 The 5th Rzhevsky Bridge spans the Gorely Brook and is located at the site of Kapsyulnaya street in Krasnogvardeysky District of St. Petersburg. The Gorely Brook flows in the north-east of the city. The name of the creek has been known since the end of the XVIII century. In regional ethnographers’ opinion, it is connected with the dark colour of the water in it.

Initially, the bridge was outside the boundaries of St. Petersburg. Housing and public utilities department exercised the technical supervision, and then the bridge was put on to Lenmosttrest books.

In 1972 major repair of the bridge took place. At that time it was a wooden two-span simple bridge. The superstructure consisted of metal U-sections.

The bridge abutments were on timber piles with laminated retaining walls, intermediate supports were installed on wooden piles spliced with posts. There was a wooden superstructure. There were wooden railings on the bridge.

In 1981-1982, under the project of engineer V.I. Feldman of Mostotrest Design and Construction Bureau, the bridge was rebuilt in the five-span metal simple one with orthotropic plate on the roadway.

The bridge is designed for the pedestrian traffic. Metal lighting columns with lamps are installed on the bridge.