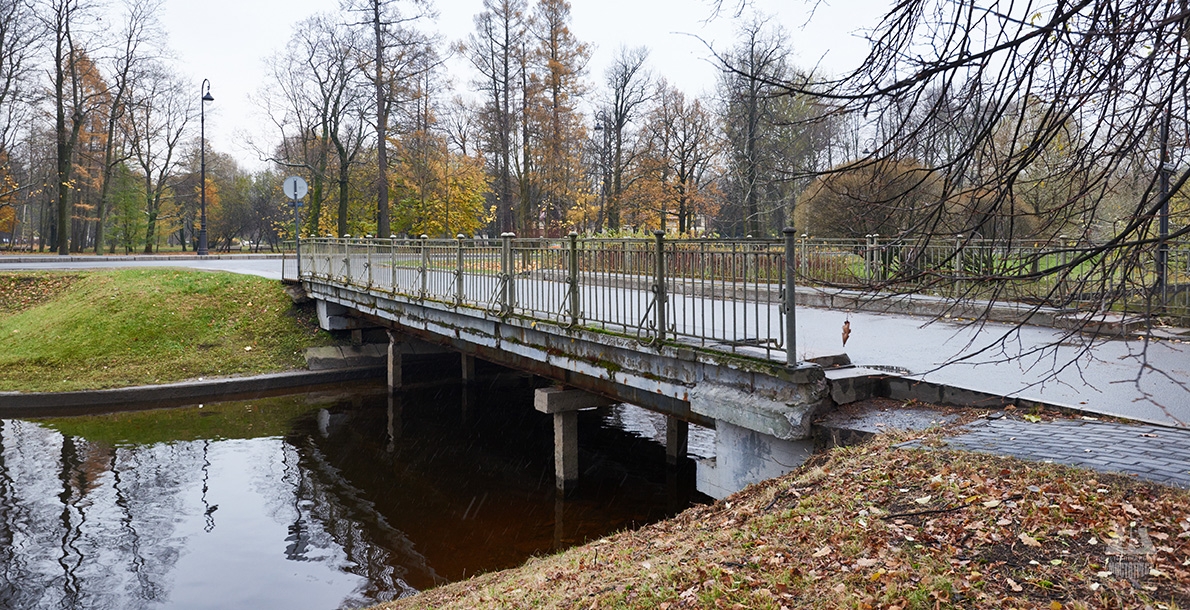 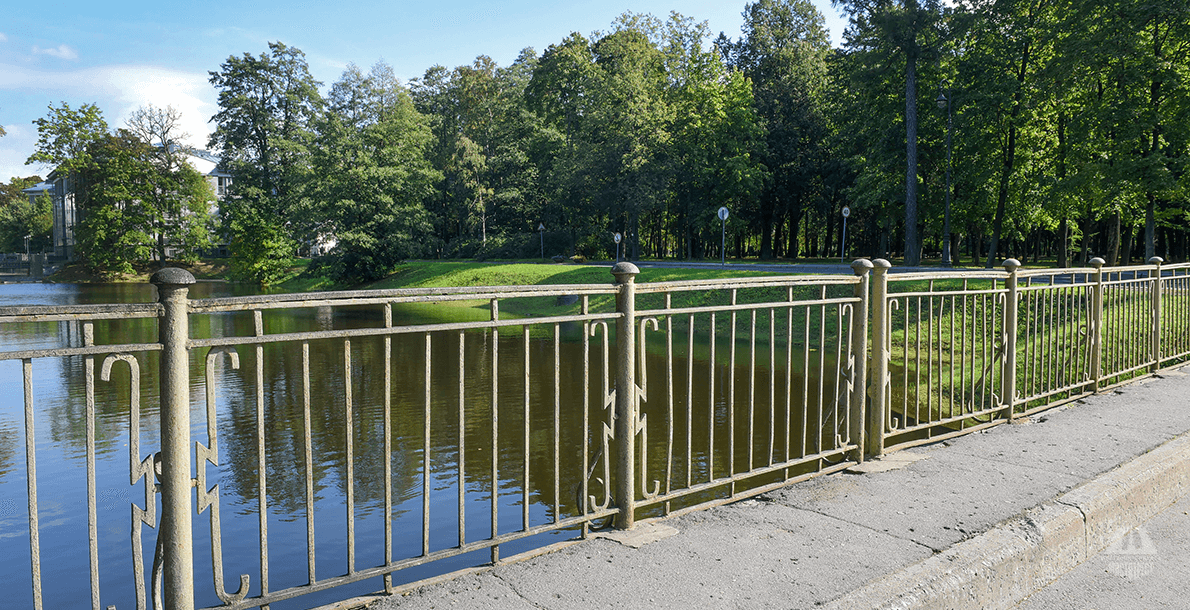 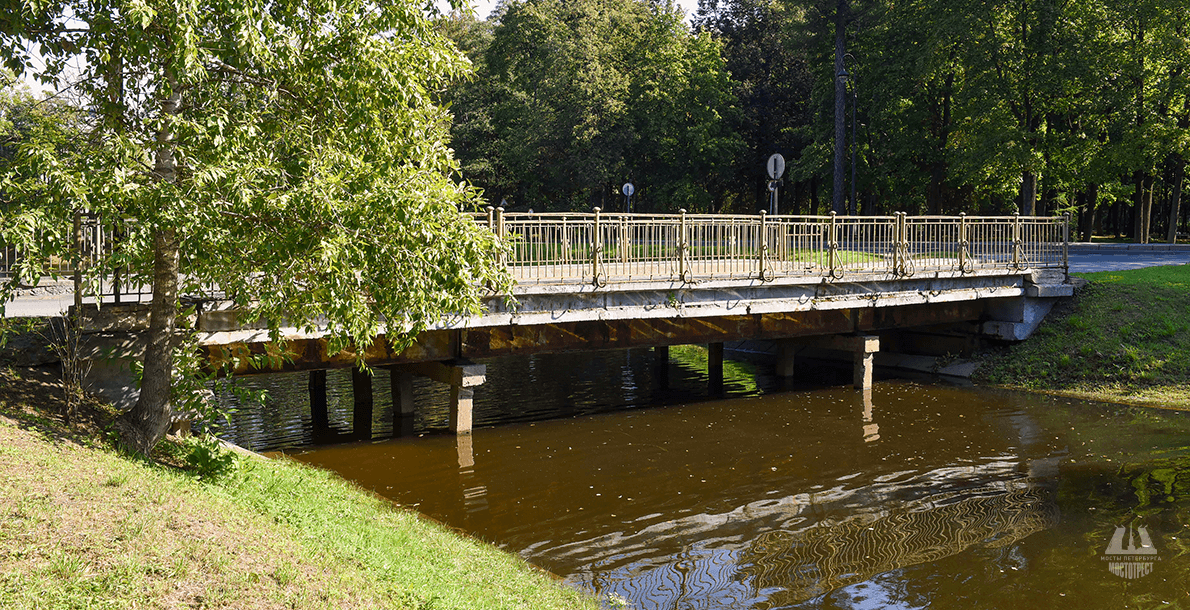 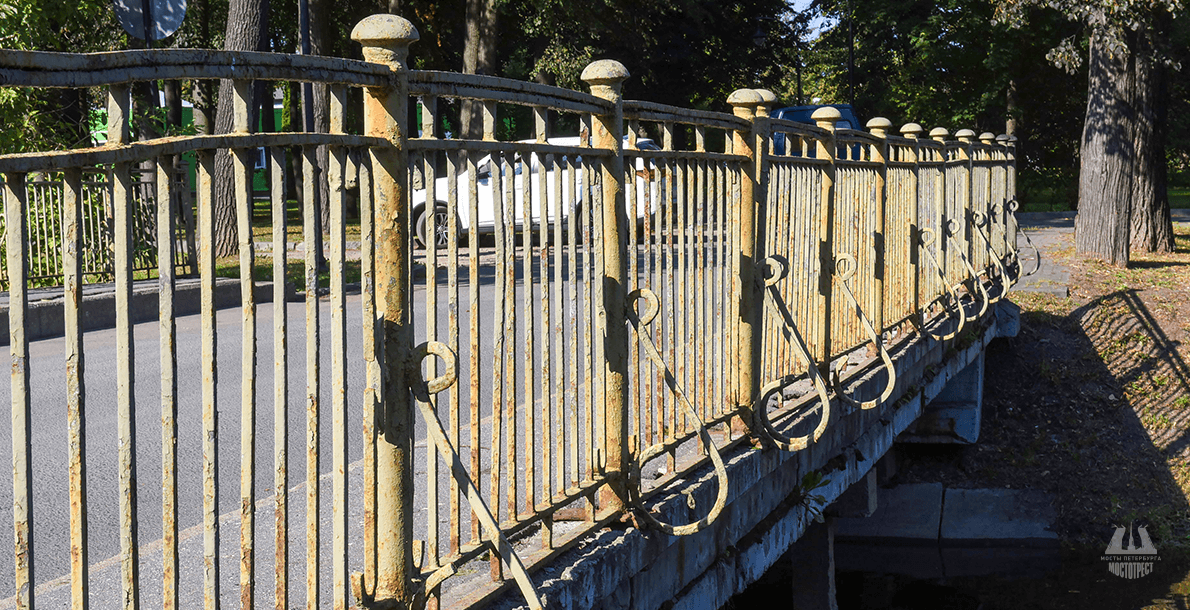 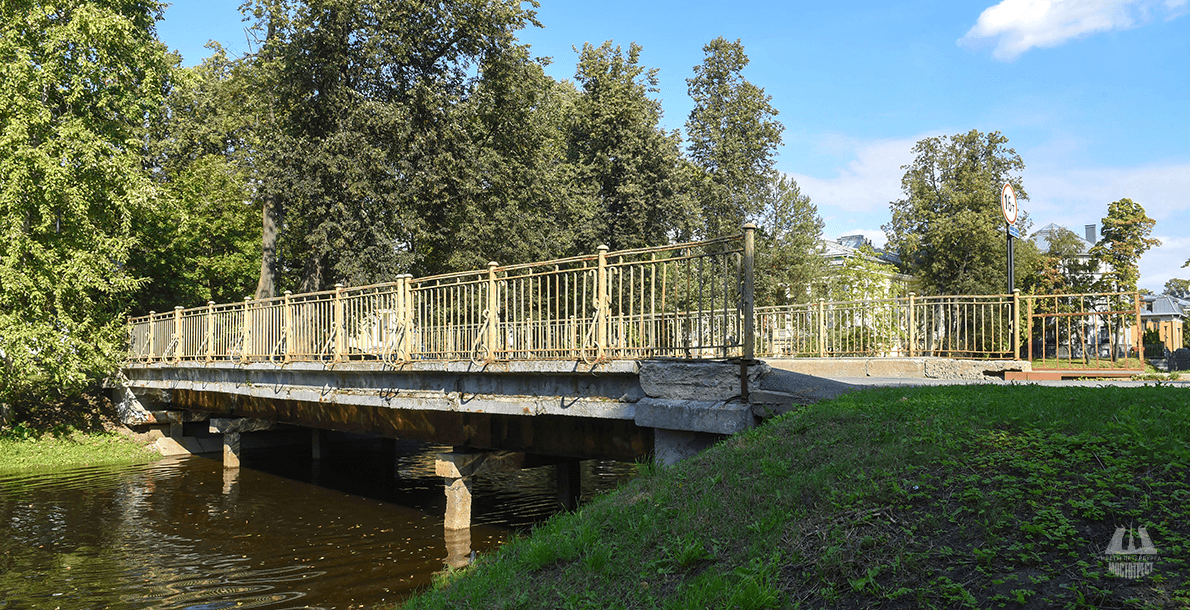 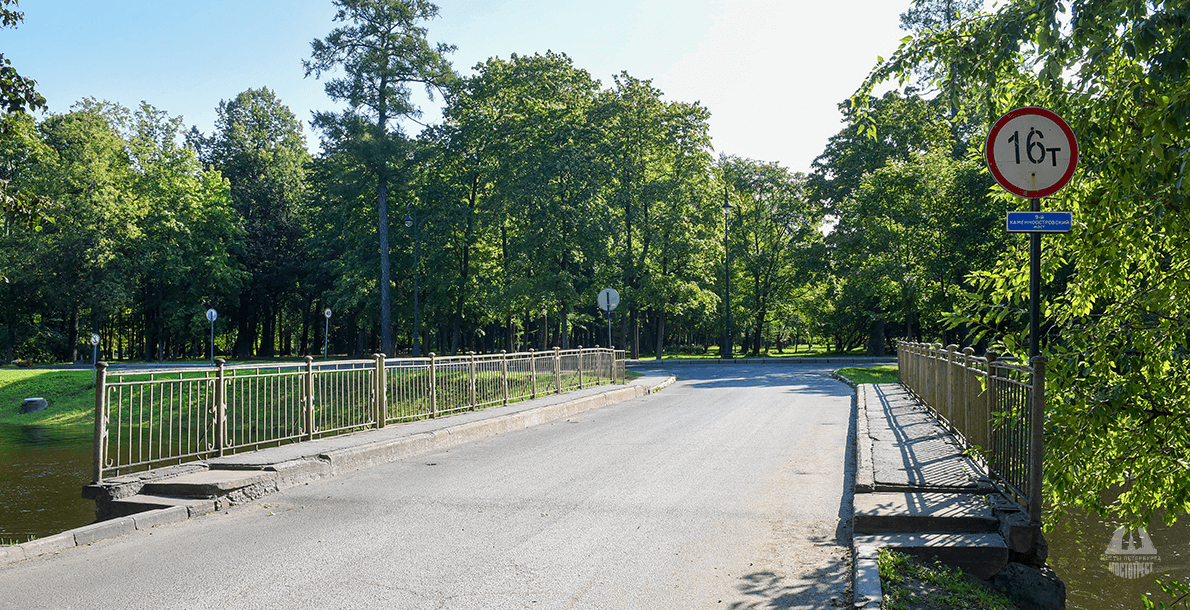 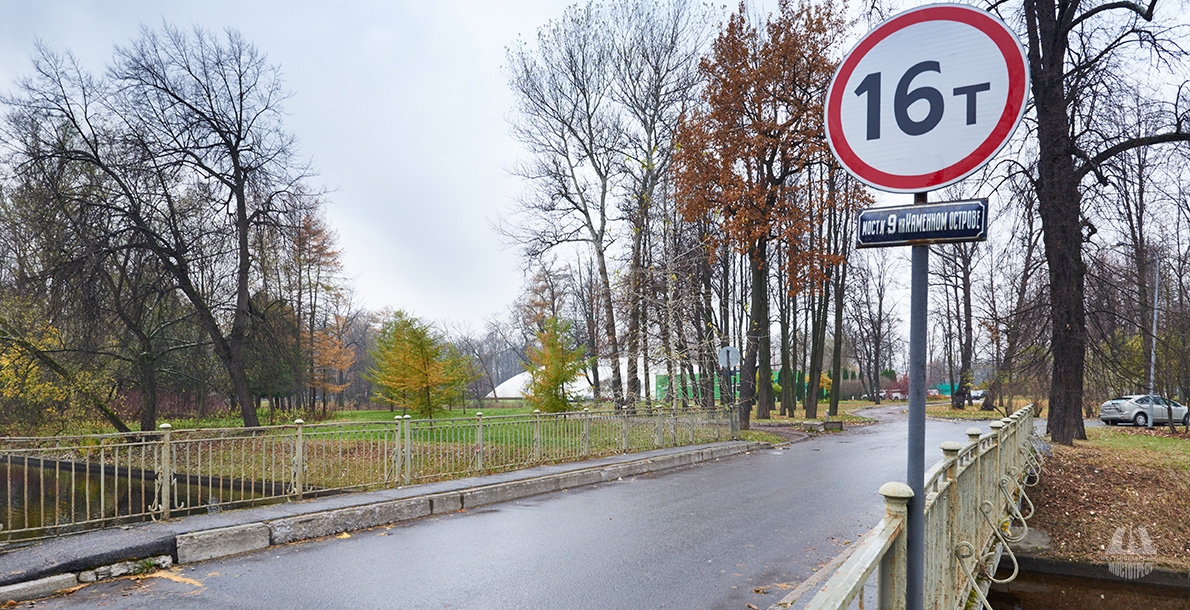 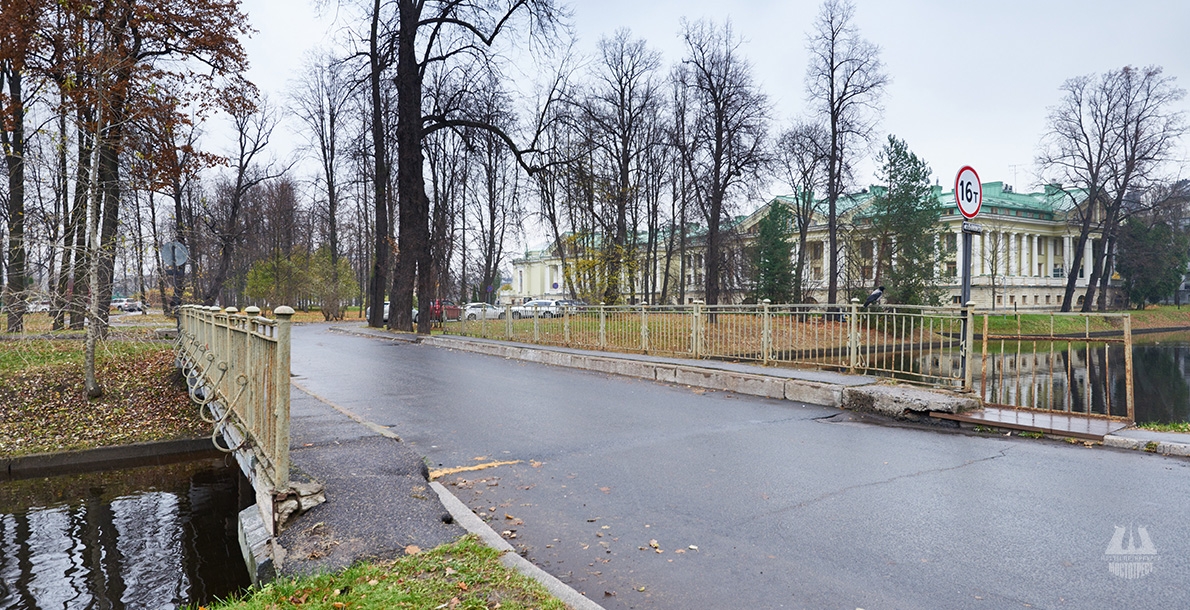 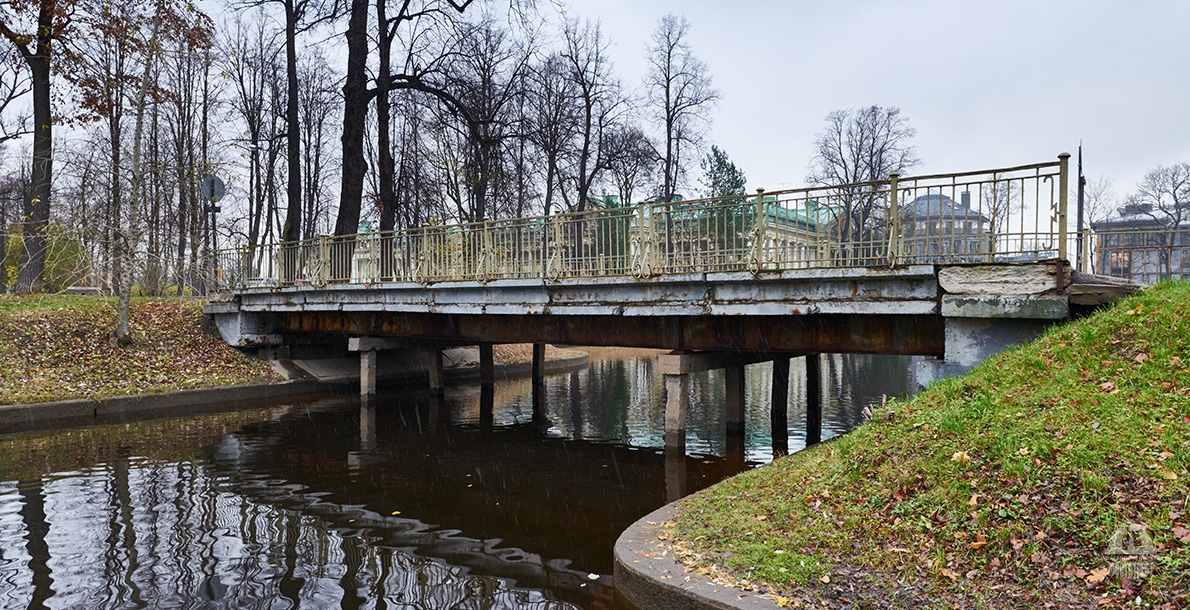 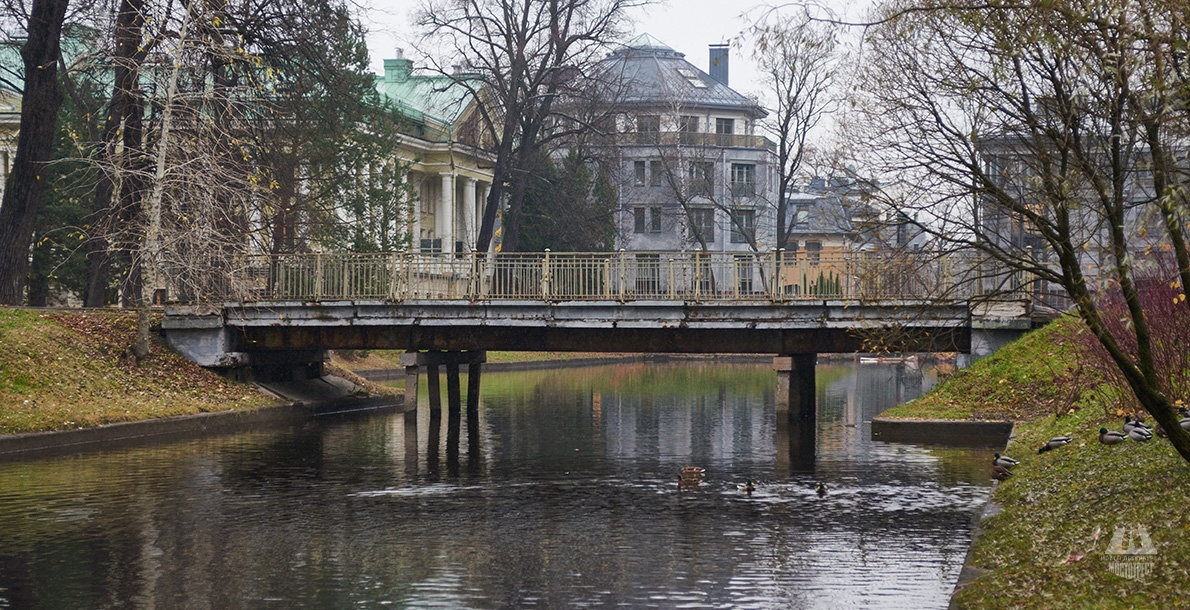 The 9th Kamennoostrovsky Bridge spans across the Bolshoy Canal of Kamenny Island.

The canal was cut in the first half of the XIX century. In 1904 three wooden pedestrian and road bridges were constructed across it. The wooden 9th, 11th and 14th Kamennoostrovsky Bridges were repaired several times. All those bridges were five-span with wooden girders, beam, on piling supports, with boards and wooden railing.

In 1937-1938, due to the canal cleaning and dredging, those bridges were disassembled and then restored.

In 1949 new similar bridges of metal, simple system were constructed under the project of engineer P.V. Andreevsky of Dormostrproekt.

The 9th Kamennoostrovsky Bridge is located near an artificial flow path connecting the internal basin with the Bolshaya Nevka River. The bridge is three-spans with metal spans of I-beams of constant height.

The bridge abutments and intermediate supports are reinforced concrete, pile. The superstructure consisted of preserved timber slab covered with asphalt.

1 m wide sidewalks are separated from the roadway by reinforced concrete curb. Metal welded grating of a simple pattern is installed on the bridge.

In 1975 major repair of the bridge took place; the repair included reinforcement of the main beams with additional metal plates and replacement of wooden roadway structure with reinforced concrete with asphalt concrete pavement.