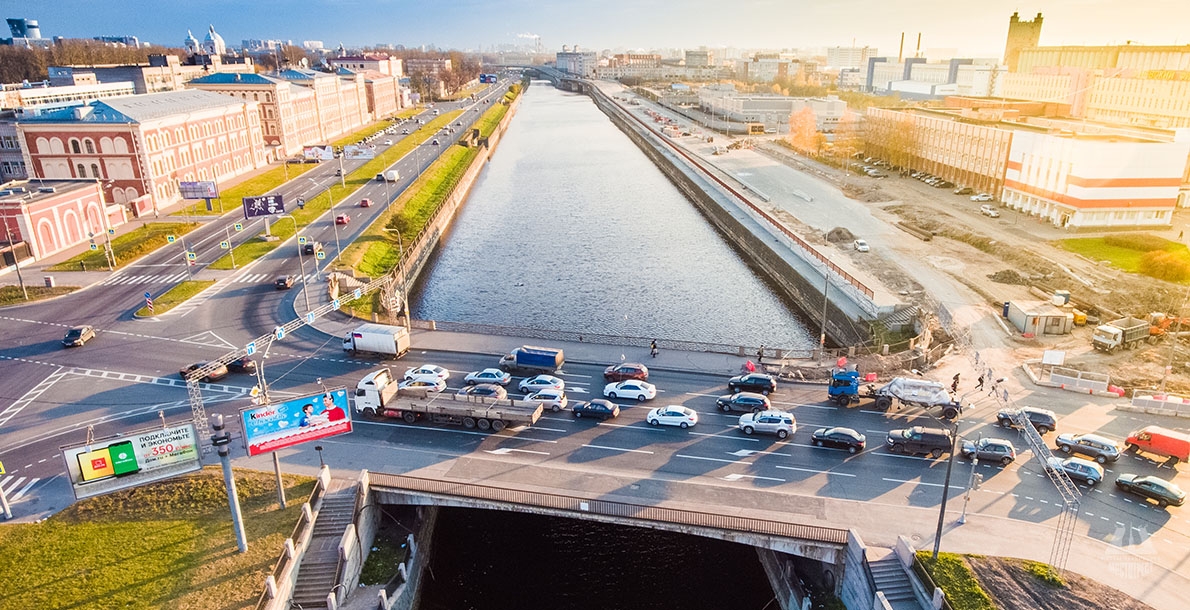 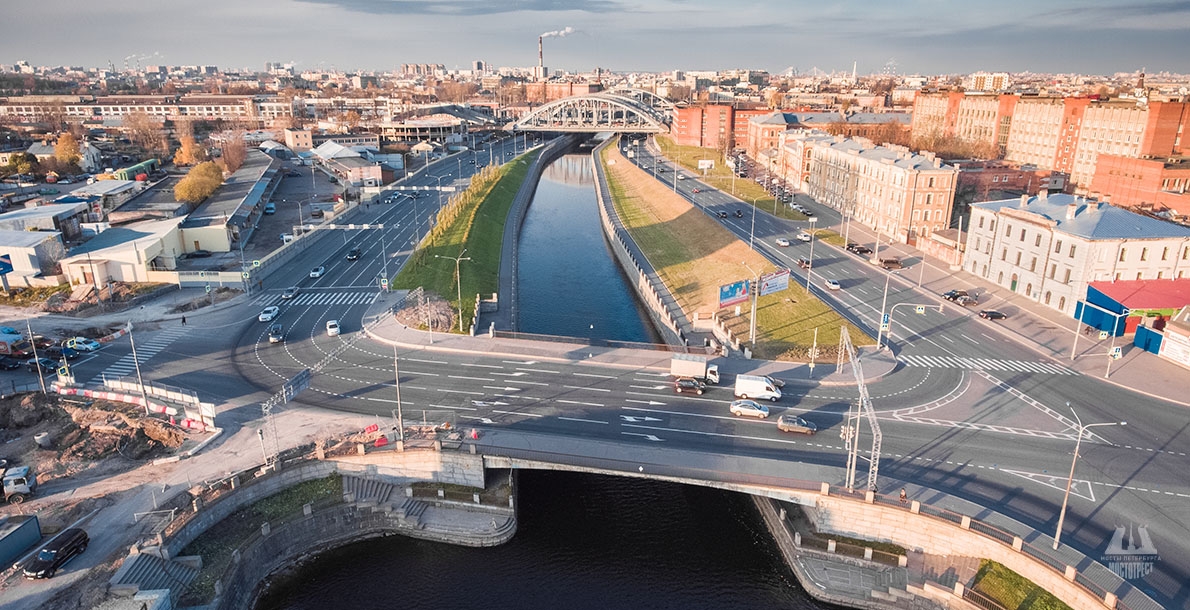 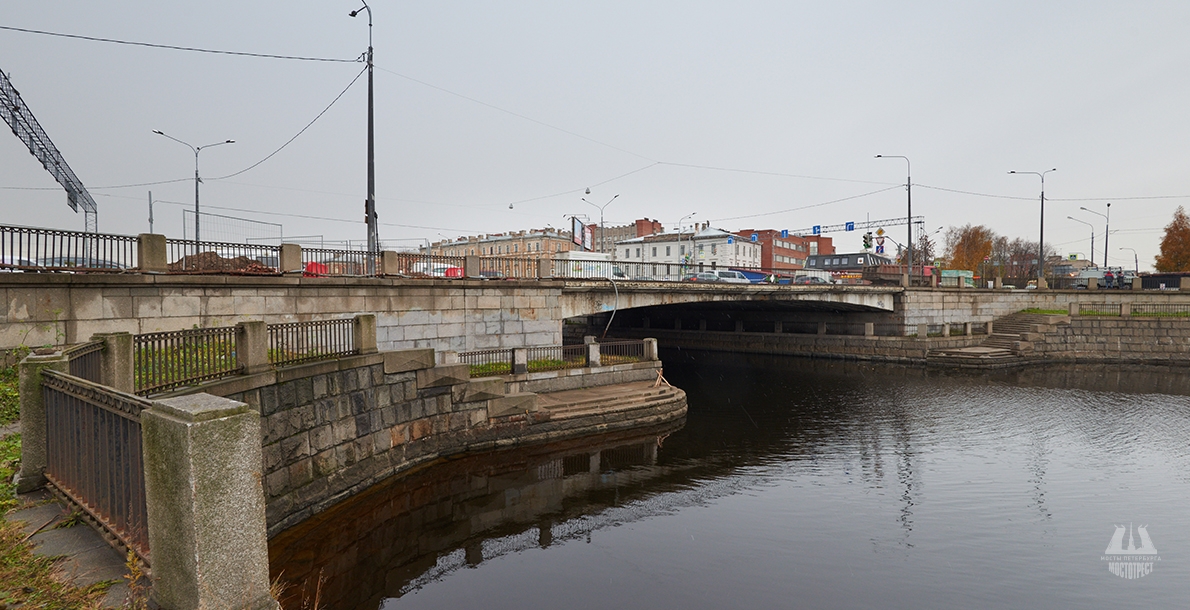 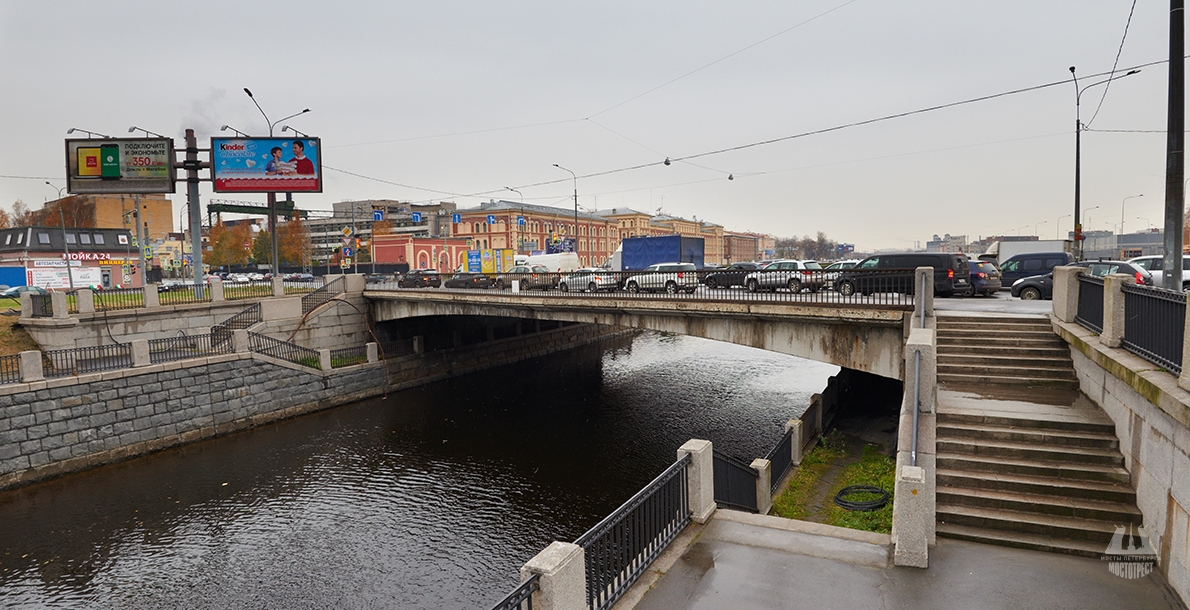 The first bridge was built there in the middle of the XIX century. The superstructure was designed by American engineer William Howe that is why the crossing was named American Bridge. It is notable that the engineer did not know the exact calculations and construction work was carried out based only on his practical experience. Subsequently engineer D.I. Zhuravsky, best known for designing the spire of bell tower of the Peter and Paul Cathedral, performed mathematical justification of applied constructions. The bridge built by William Howe existed until about the 1880s.

Subsequently a new crossing was built there. In 1914 the bridge was located on the extension of Atamanskaya Street. The crossing derived its name from barracks of the Life Guards of the Chieftain (Cossack) regiment located there. Windows of ataman barracks were oriented to the dense pine forest that grew by the canal and bestowed at the disposal of the Cossacks instead of gardens available to the other regiments. A large lake was certainly decoration of these places where Cossacks leisurely had a good time, making water boating.

It was a three-span wooden bridge with mullion-strut spans and tower supports.

In 1932 during the major repair central span was covered by wood composite girders on anchor blocks.

In 1950 major repair of the bridge was performed again: timber stringers were replaced with metal ones, and timber deck was repaired. The bridge length consisted 38.4 meters, the width between centres of railings – 15 meters.

In accordance with the urban development master plan of the city and its highways axis of the new bridge constructed in 1975 was moved 180 meters upstream to Shiroky Plyos (Obvodny Canal Basin). The new location of the bridge allowed creating a direct cargo highway parallel to the Obukhovskoy Oborony Prospect and further from Smolnynsky District (now Central District) to Sedova Street in Nevsky District.

This is a single-span reinforced concrete bridge of prefabricated elements in the form of two-hinged frame. The bridge matched in appearance with Novo-Kamenny Bridge. The bridge abutments are faced with granite. The walkways are constructed under the bridge, and by the side descends allow access to the canal embankment.

Today for many automobilists the bridge is the place where one has to gear down significantly after rushing along the Obvodny Canal Embankment under American railway bridges. They have to turn on to the bridge, as the remainder part of the embankment is being renovated with the aim of transforming it into a highway reducing the load on the centre of the city. 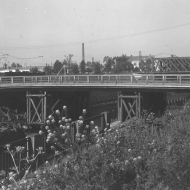