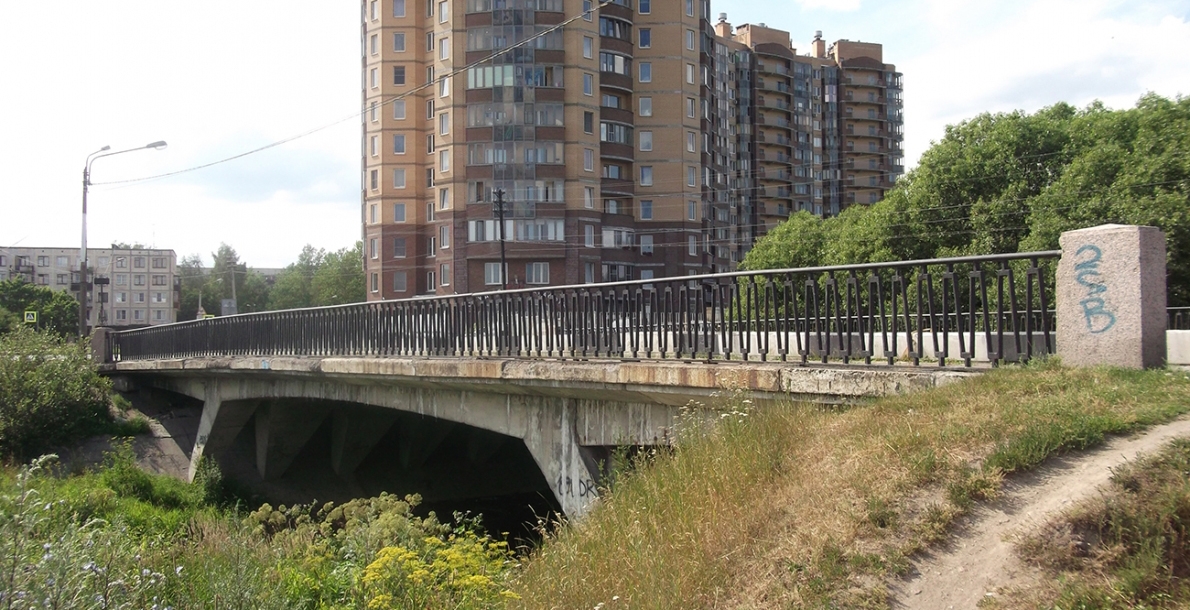 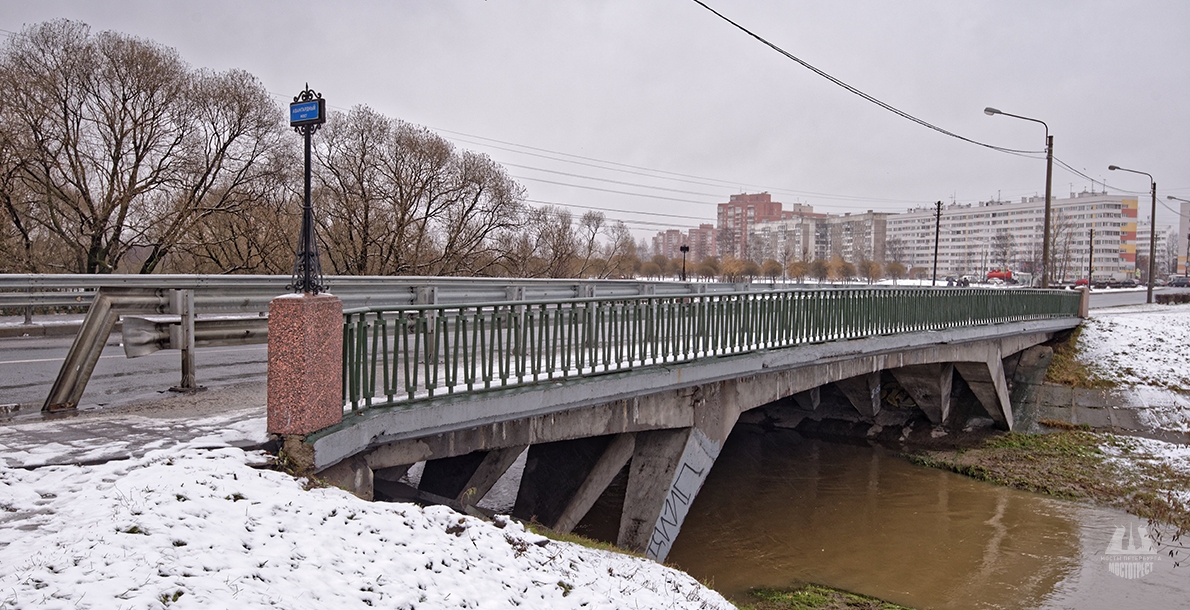 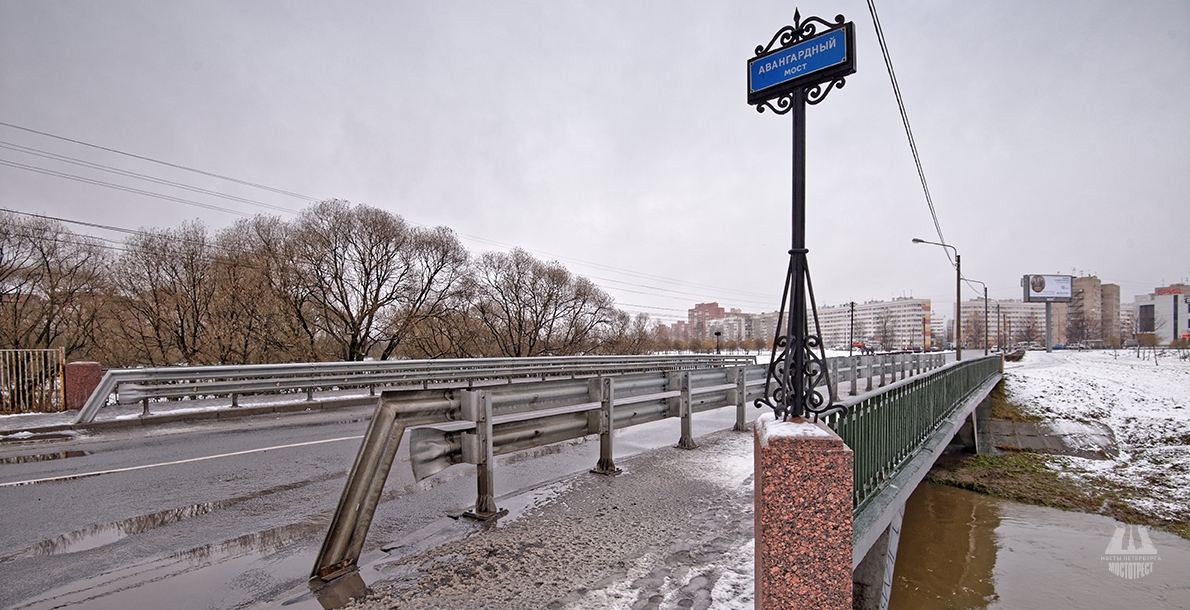 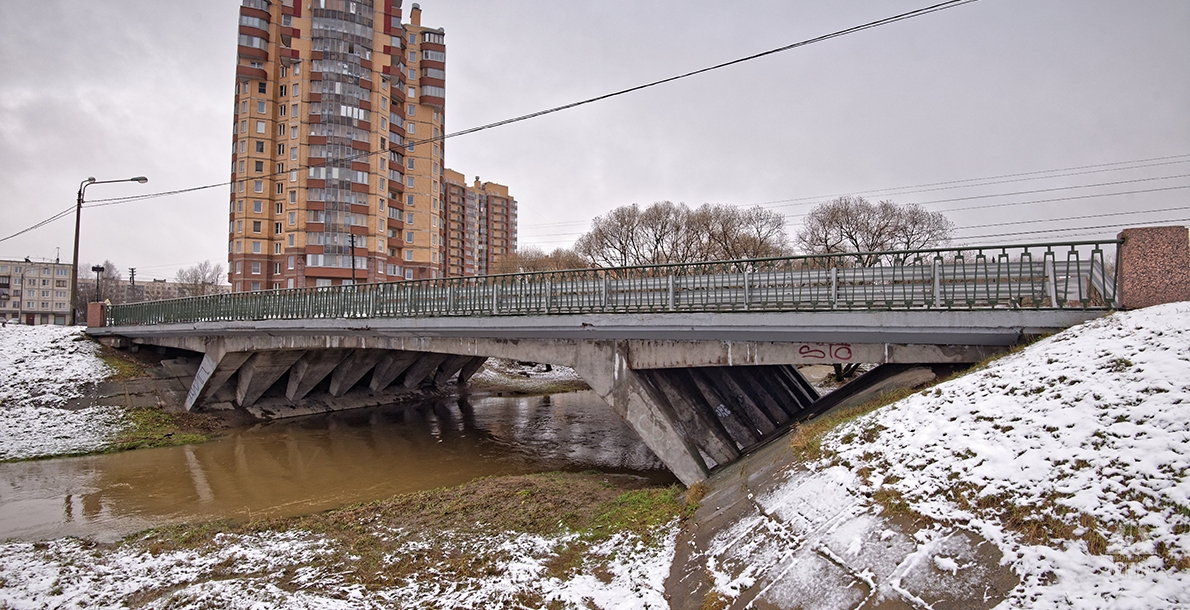 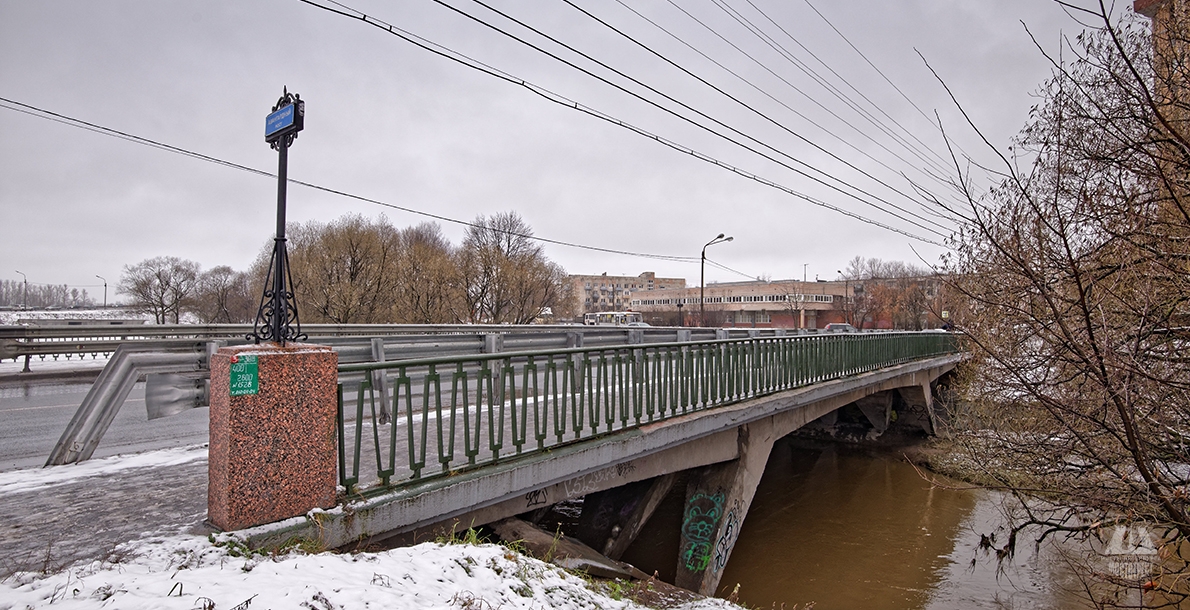 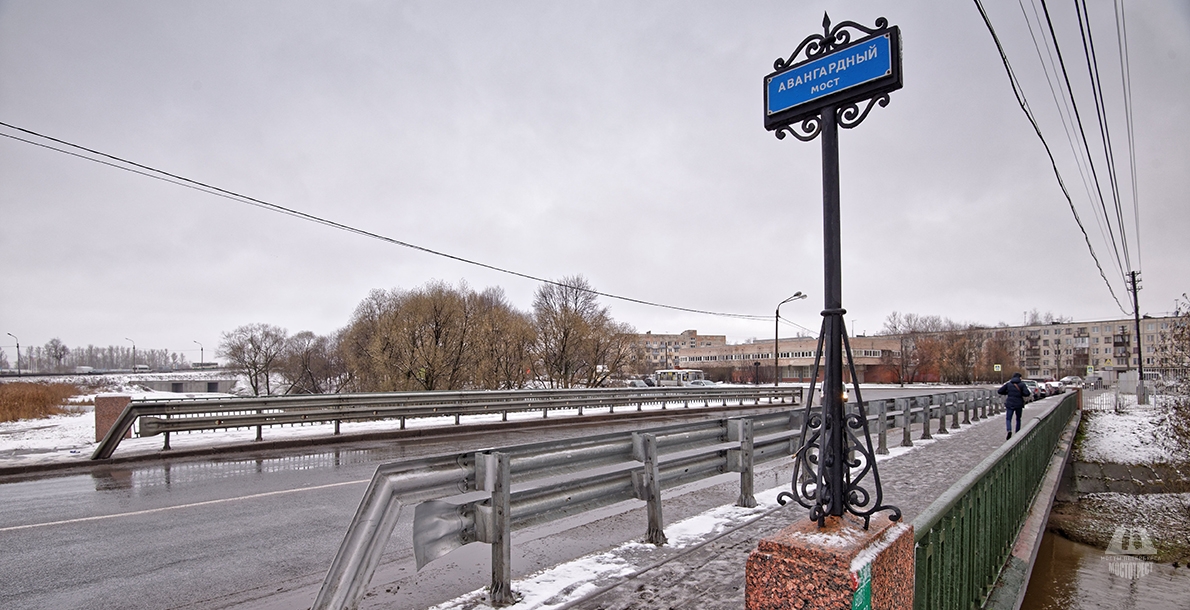 Avangardny bridge is a bridge across the Dudergofka River along Avangardnaya Street and it is located in Krasnoselsky District. The Dudergofka River flows from the city boundaries over the district territory through Dudergof, Krasnoye Selo, Gorelovo, Staro-Panovo and Ligovo, the river disgorges its water into the Dudergofsky Canal, which was cut in 1977-1979 under the preparation for district development of the South-West of Saint Petersburg.

Earlier at the place of the modern Avangardny bridge there was the reinforced concrete bridge that has decayed and fell into disrepair. Construction of a new bridge was caused by increasing intensity of traffic and load after commissioning of a gas filling station and traffic interchange to Ligovsky overpass. Avangardny bridge is located over the passage connecting the similarly street and Marshal Zhukov Prospect at the entrance to the overpass.

In 1976-1977, under the project of engineer A.D. Gutzeit of Lengiproinzhproject, a bridge was constructed in a single-span one reinforced concrete bridge in the form of three-hinged frame made with sloping legs and side spans being extended girder. The girder and side spans are made of standardized prefabricated reinforced concrete I-section blocks.

Slopes and cones at the bridge are reinforced with concrete slabs. A bridge railing is iron with metal inserts, granite pedestals are installed at the ends.

The roadway is covered with asphalt pavement; sidewalks – with sand asphalt. The sidewalk is separated from the roadway with granite curb.

The official name of the bridge was assigned by the toponymic committee on July 28, 2010, taking into account the street close to the bridge and connected to Marshal Zhukov Prospect. In turn, the street was named in memory of vanward military units which defended Leningrad during the Siege.