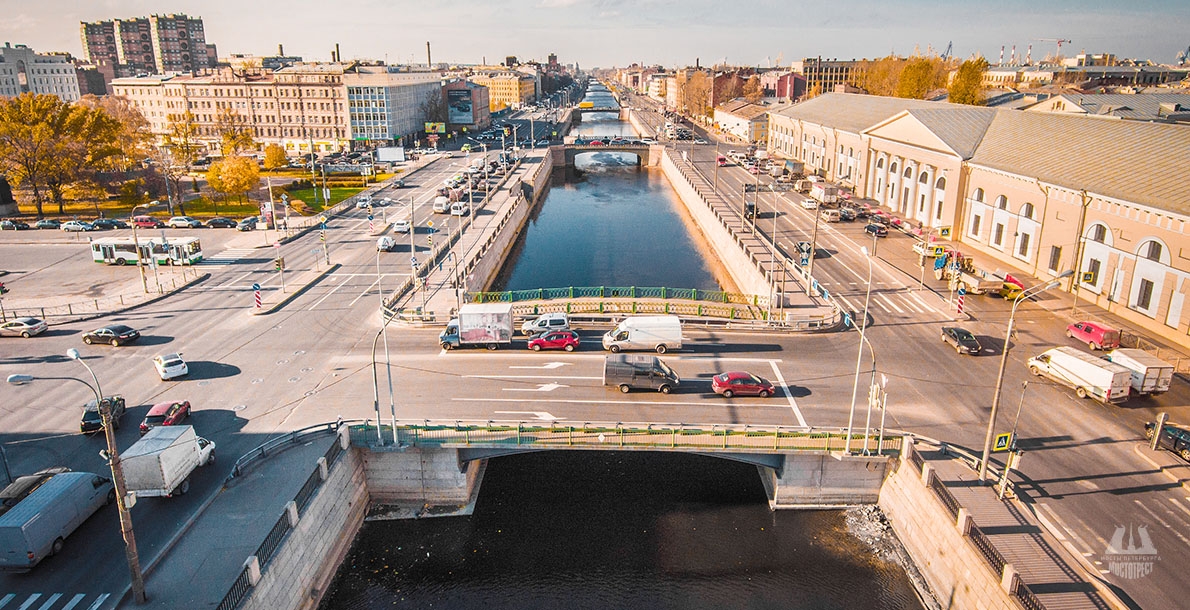 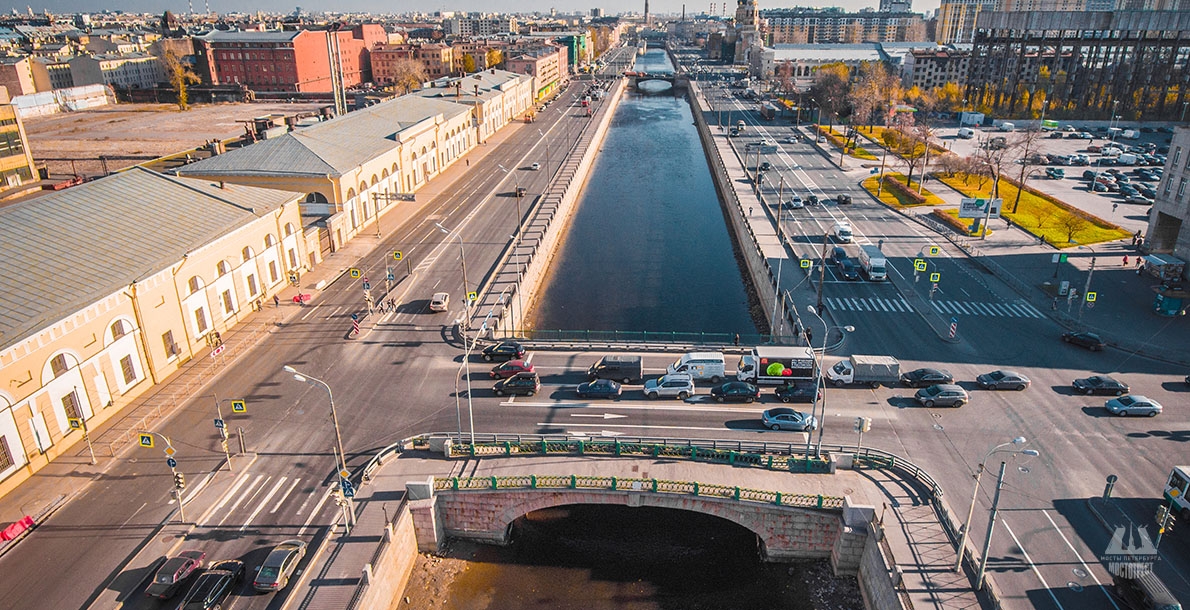 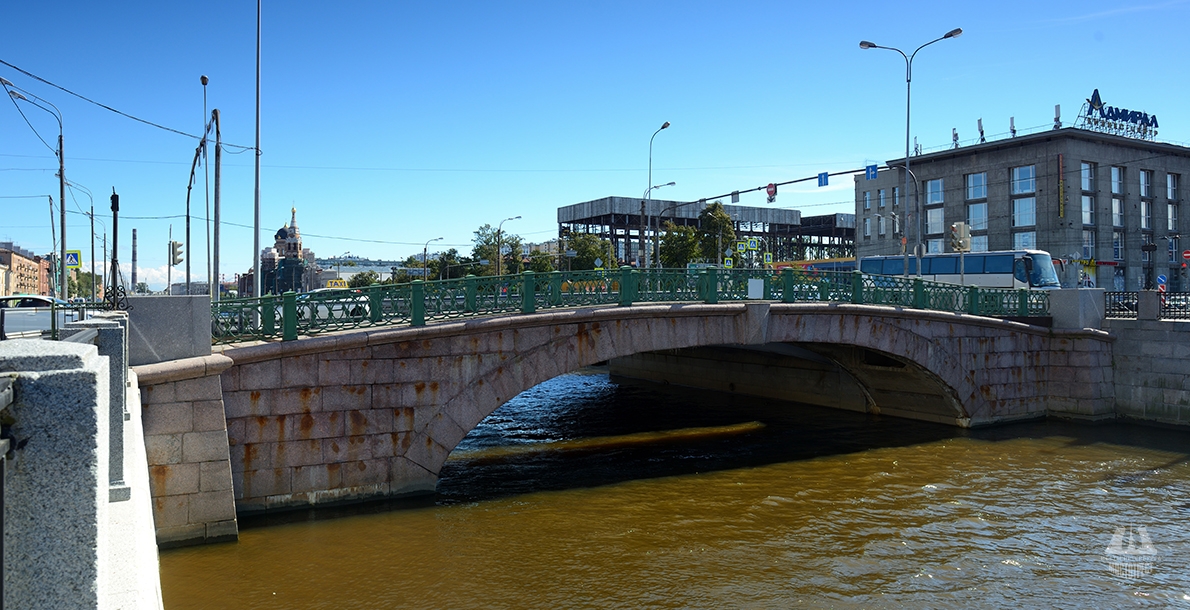 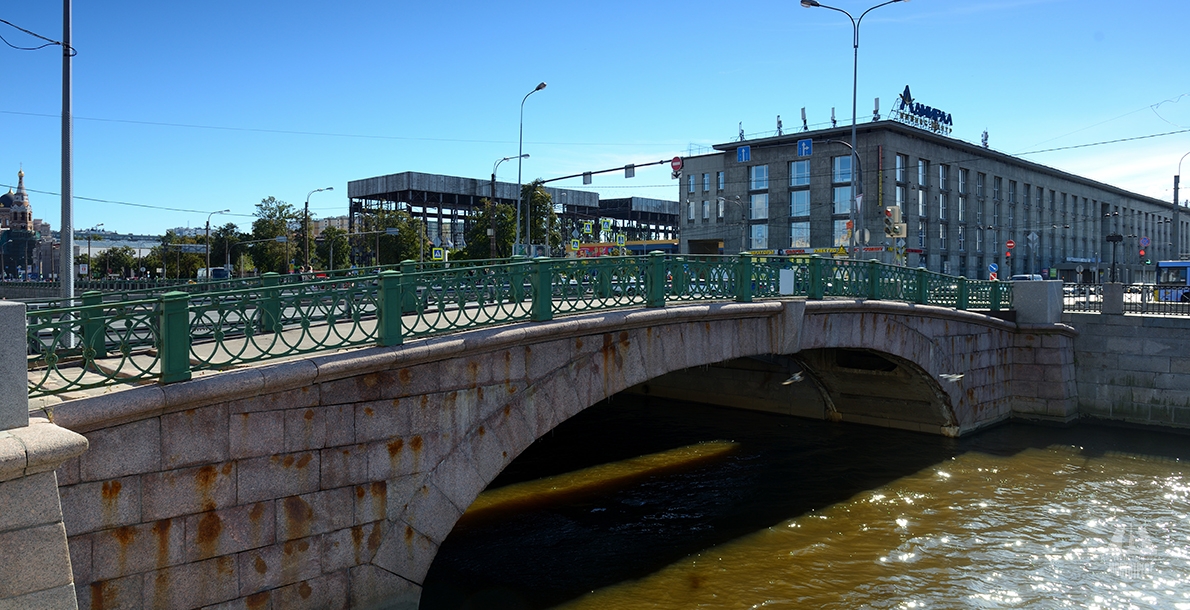 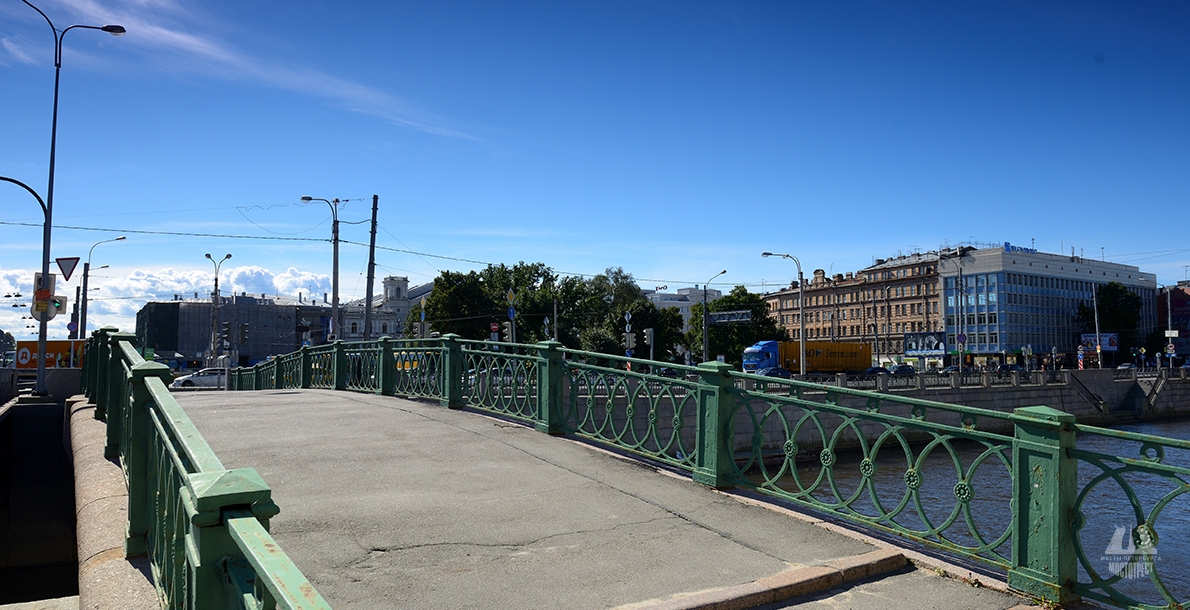 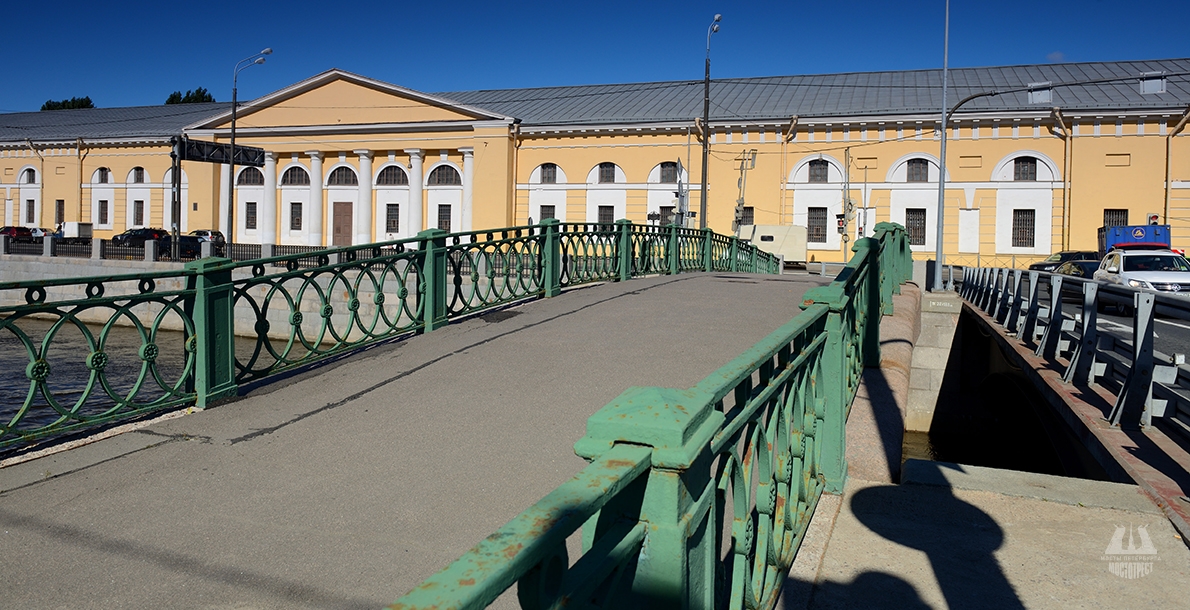 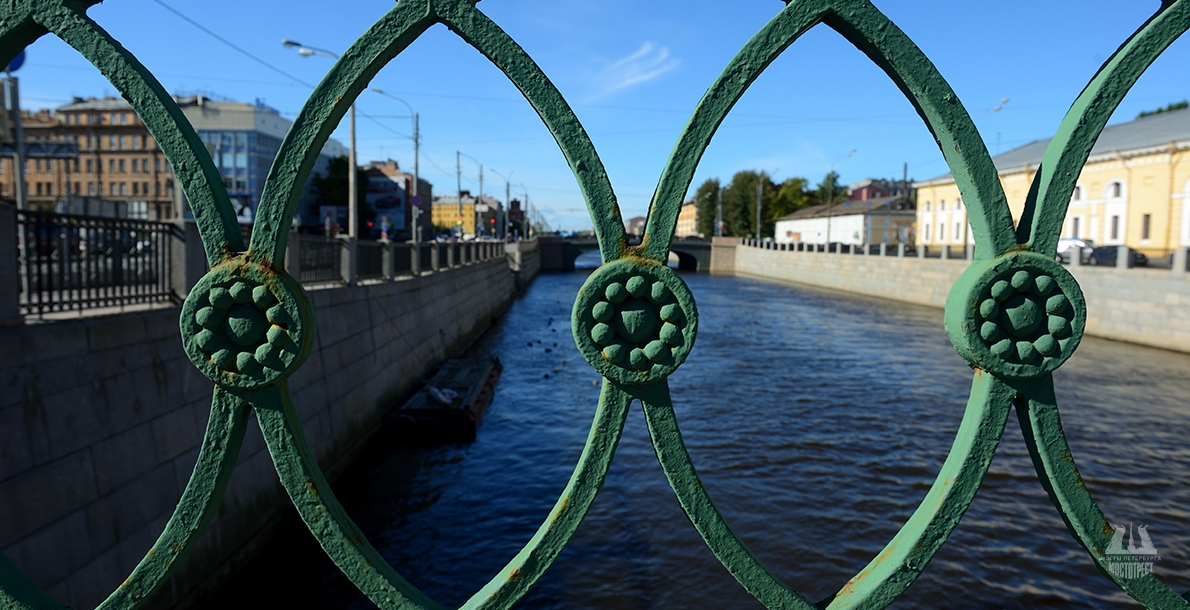 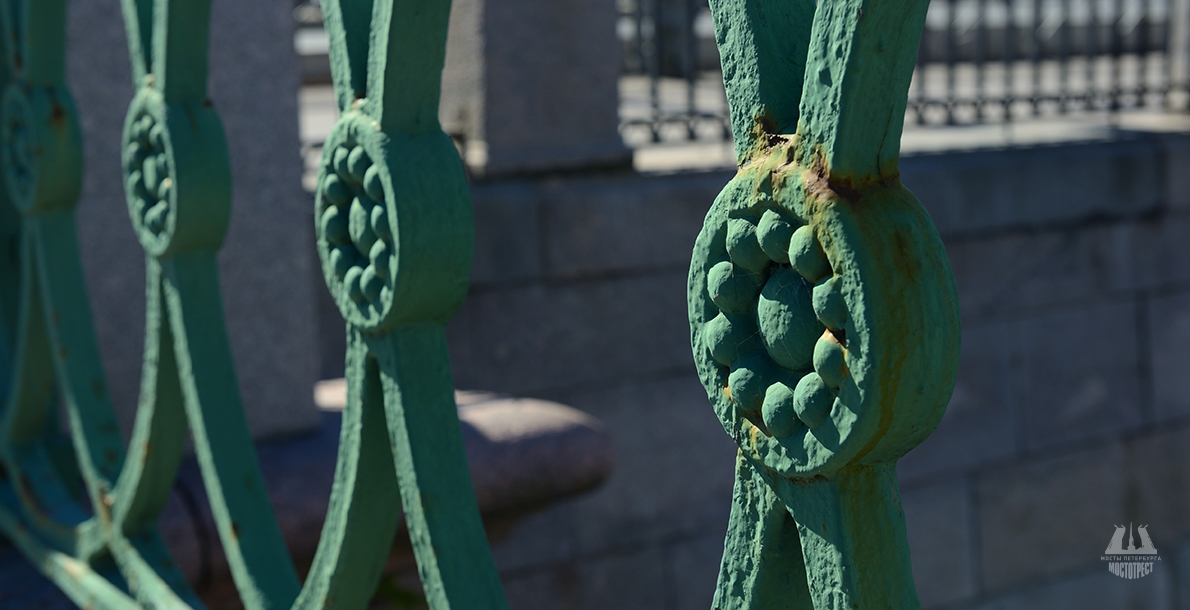 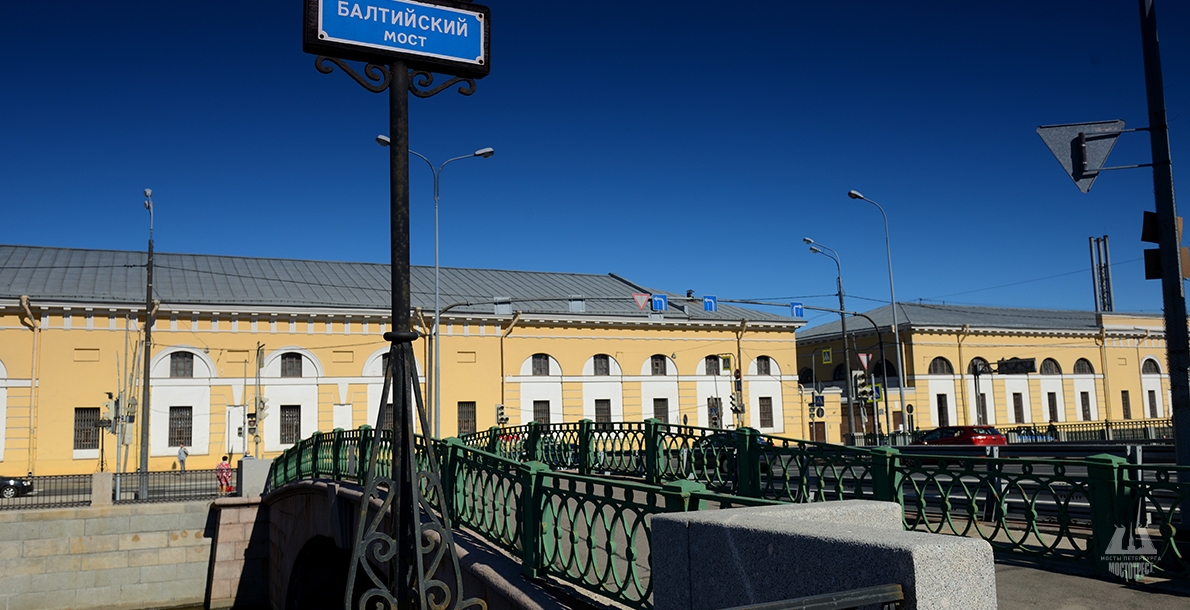 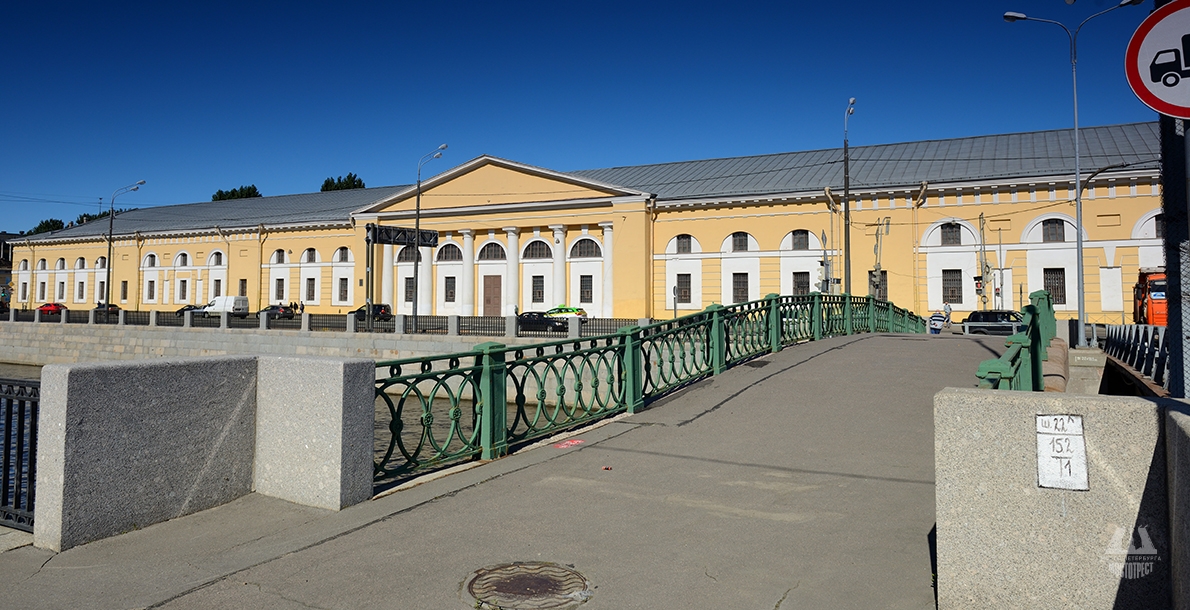 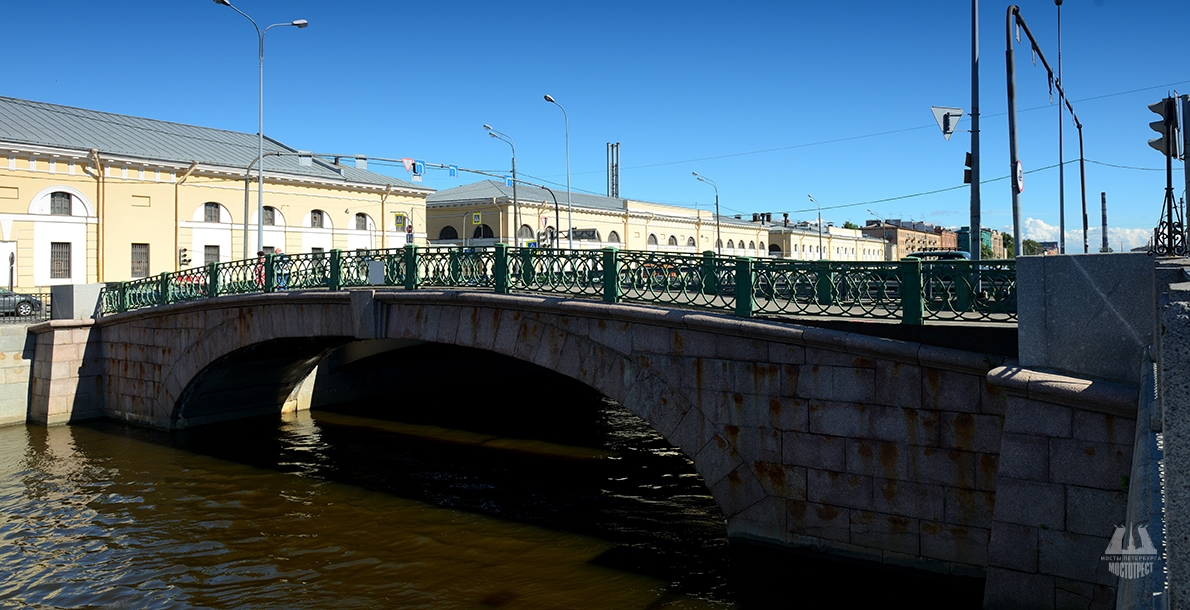 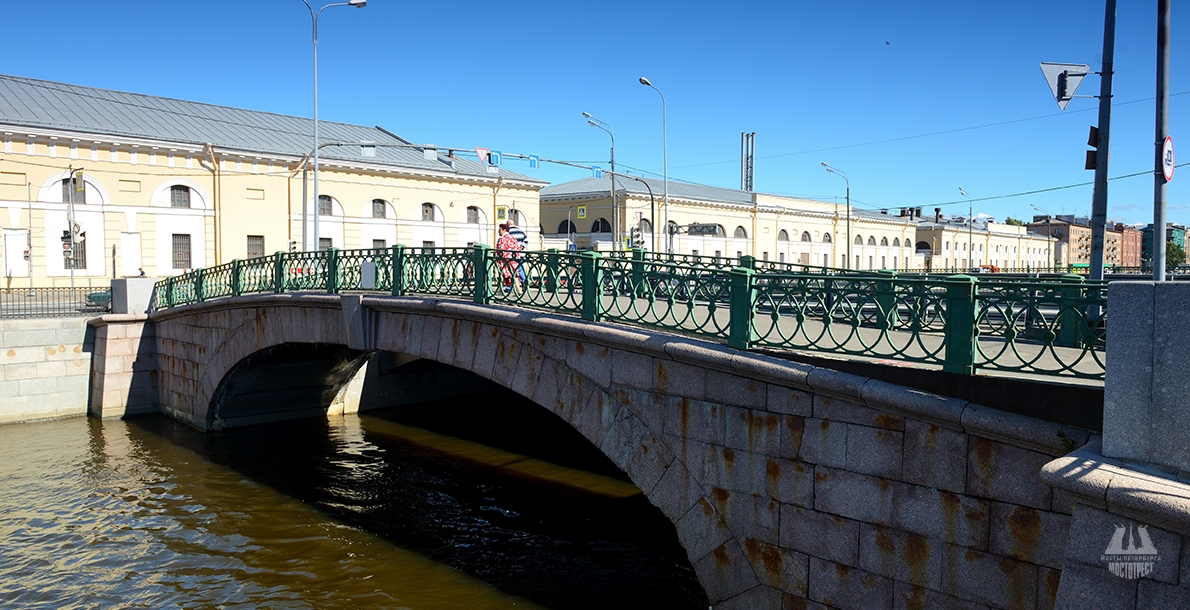 Baltiysky Bridge (former Novo-Baltiysky - the middle of the XX century) is a pedestrian bridge - heating duct - across the Obvodny Canal located opposite the square near the Baltiysky Railway Station in Admiralty District of St. Petersburg.

Baltiysky Bridge was built in 1956-1957 under the project of engineer A.A. Kulikov and architect P.A. Areshev. First of all, its construction was required for transfer of district heating pipes over the canal. However, Baltiysky Bridge acquired a rich architectural appearance.

This is a single-span arched reinforced concrete bridge. The superstructure is a double-hinged arch with the roadway above.

External facing of the arches and abutments are lined with pink granite. Granite pedestals with art casting iron stand lamps by the type of the 1st Sadovy Bridge are installed at the entrances of the bridge. These stand lamps create a composition that looks like bundles of spears, entwined with ribbons with an ornament. The most highlight of this ensemble is that the middle peak being the highest holds an arrow to which a figured shaped lantern is suspended.

The protective railings of the bridge are made of cast iron and in the form of intersecting circles with rosaces in the intersections are installed.

In 2007 during construction of a new road bridge across the Obvodny Canal in the alignment of the Mitrofanyevskoe Highway stand lamps and granite bollards on the abutments parapet were removed.

Modern reinforced concrete construction of the bridge with only one span does not spoil the look of the old bridges of St. Petersburg. Arches facades are faced with granite slabs. There is asphaltic concrete covering on the footway. Despite the gentle decoration Baltiysky Bridge looks quite picturesque, one can say, even grand. 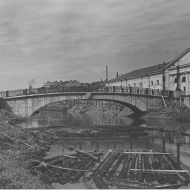 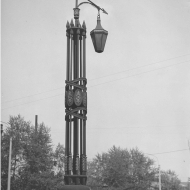