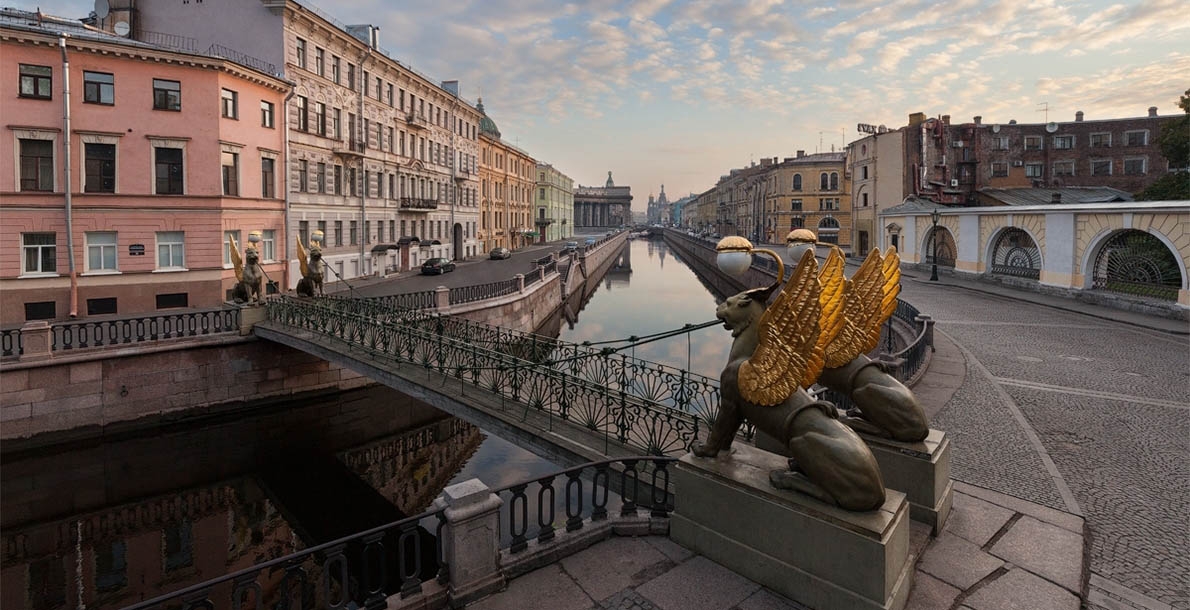 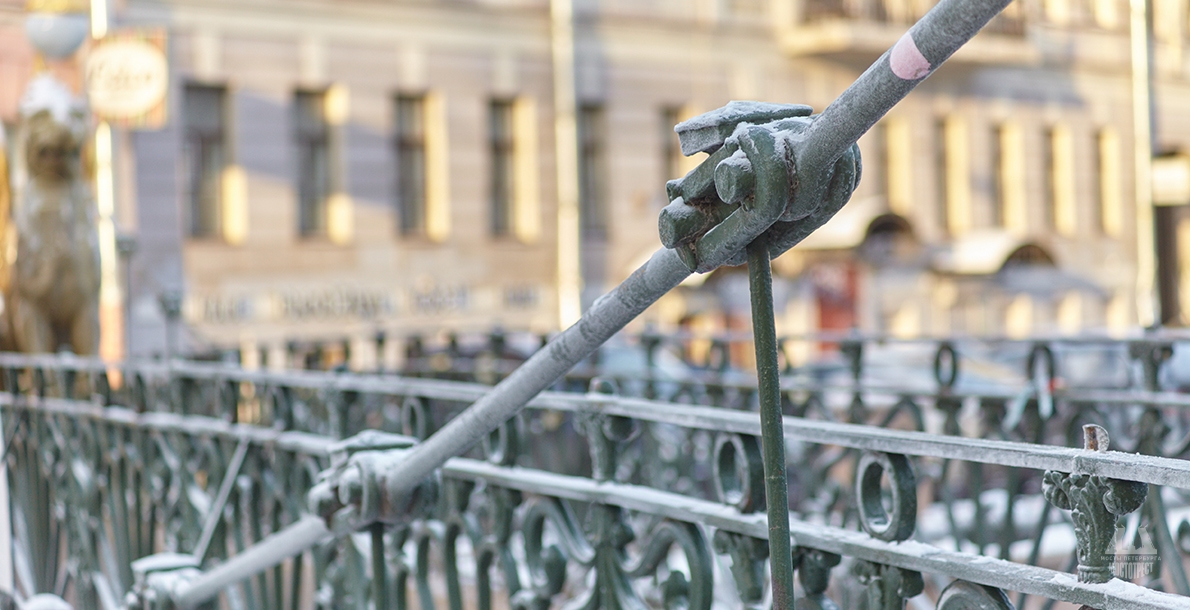 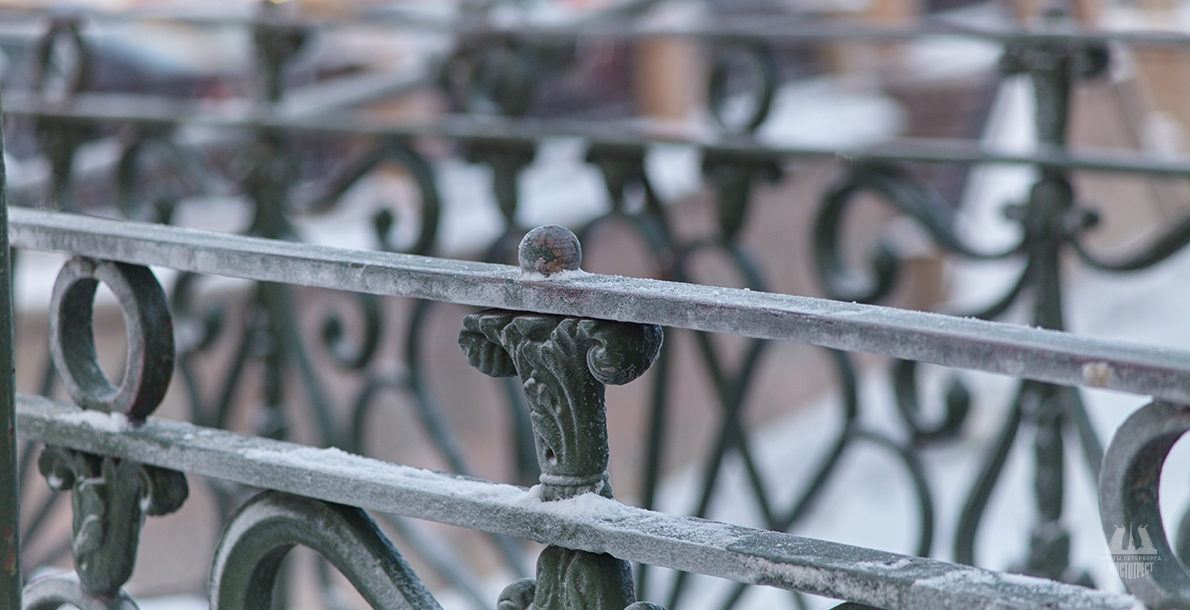 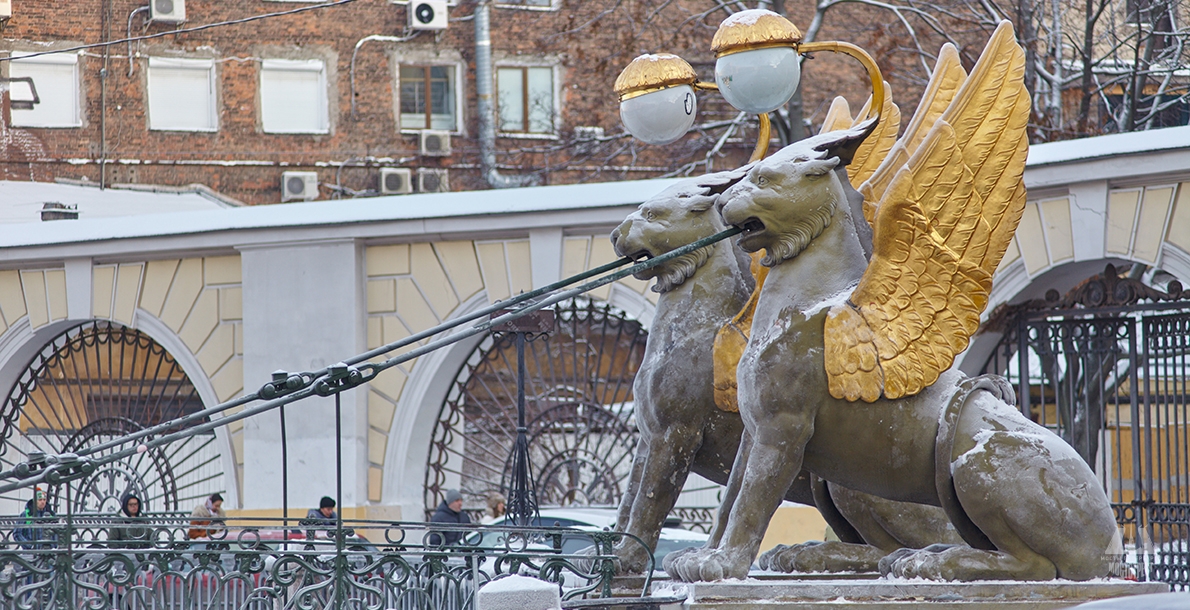 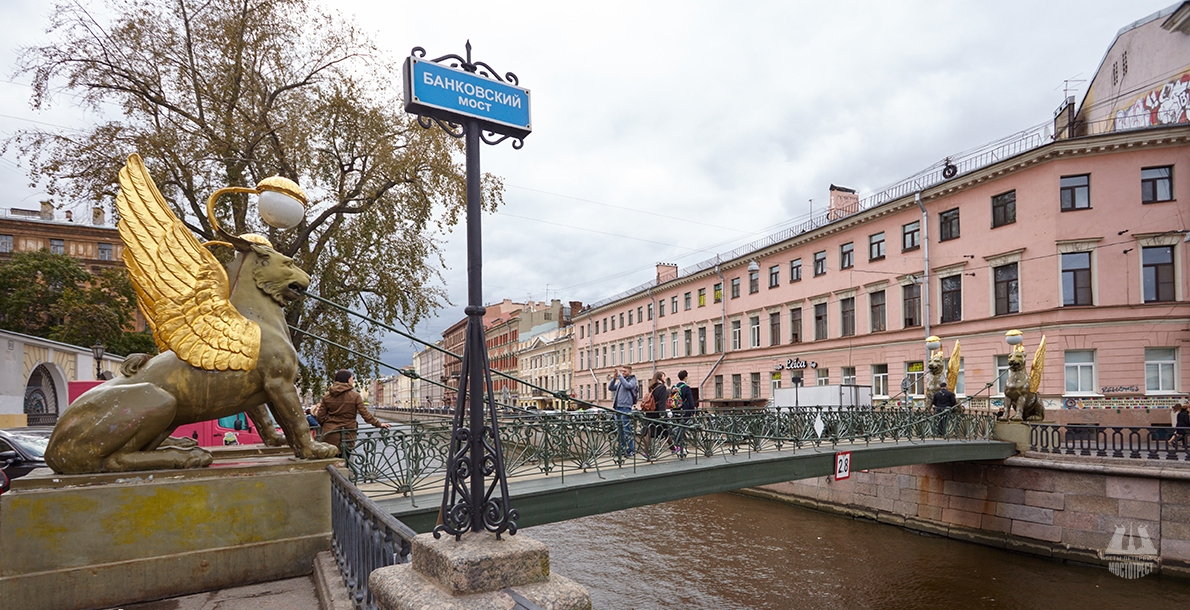 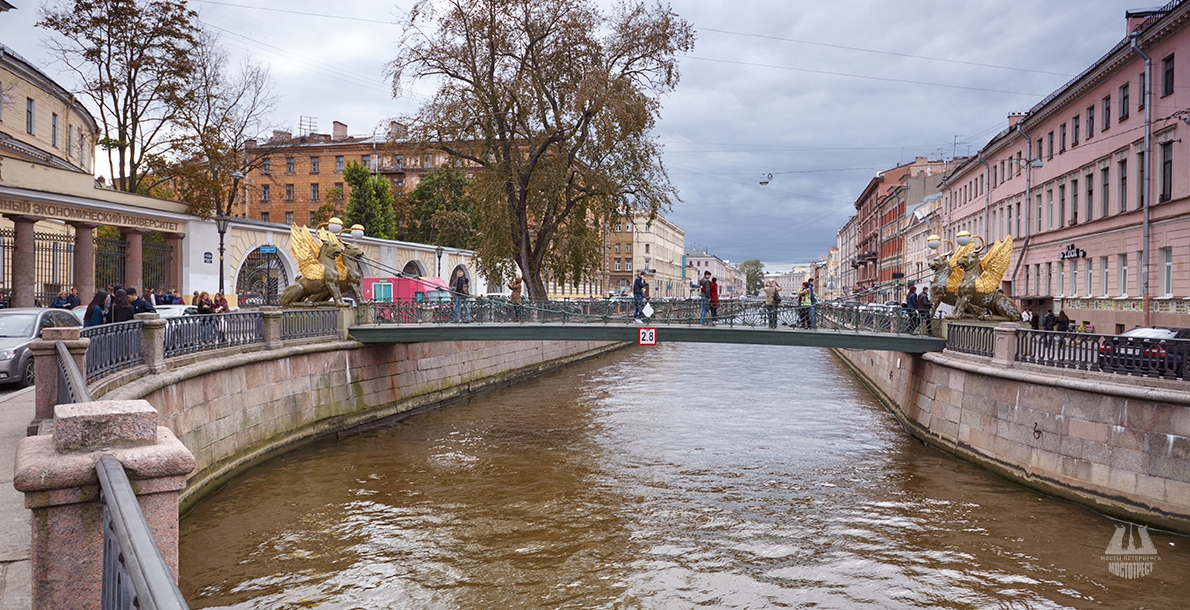 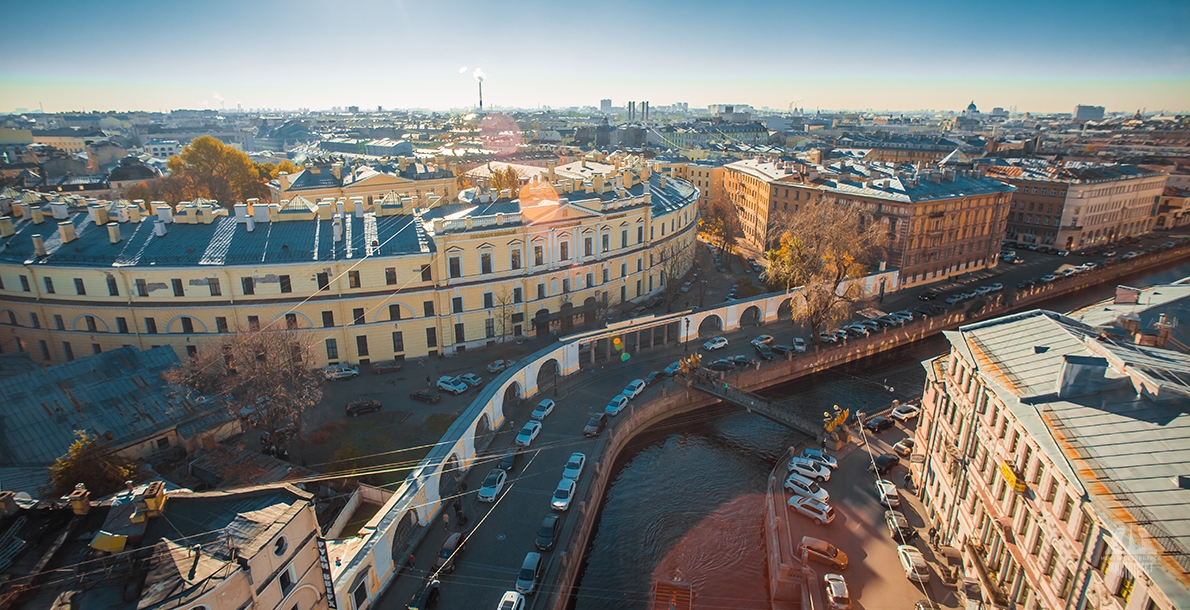 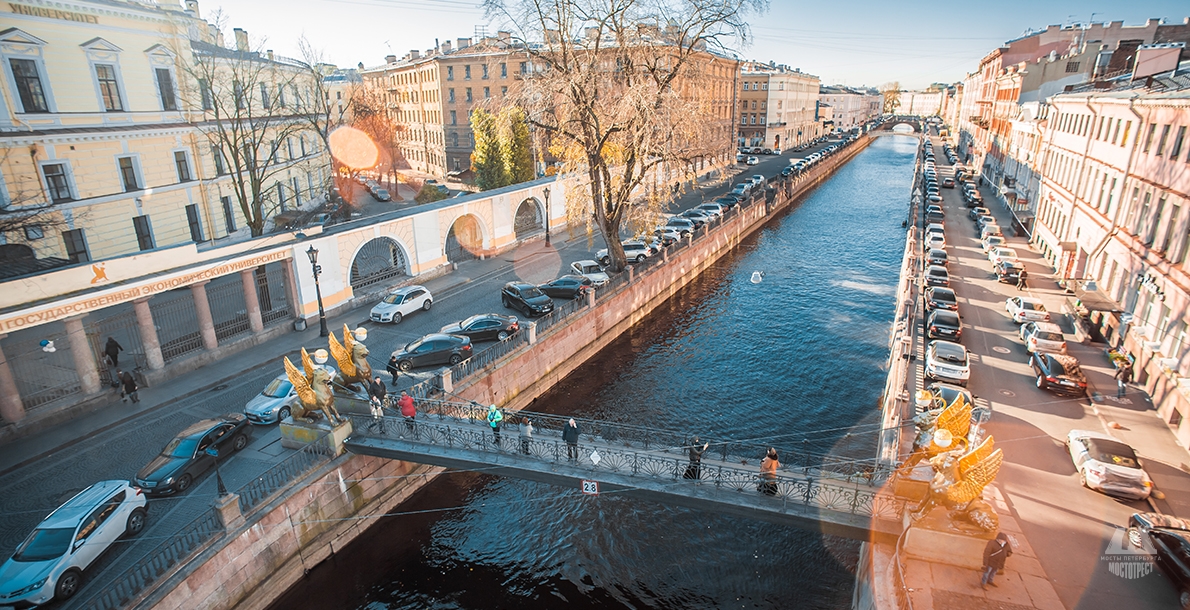 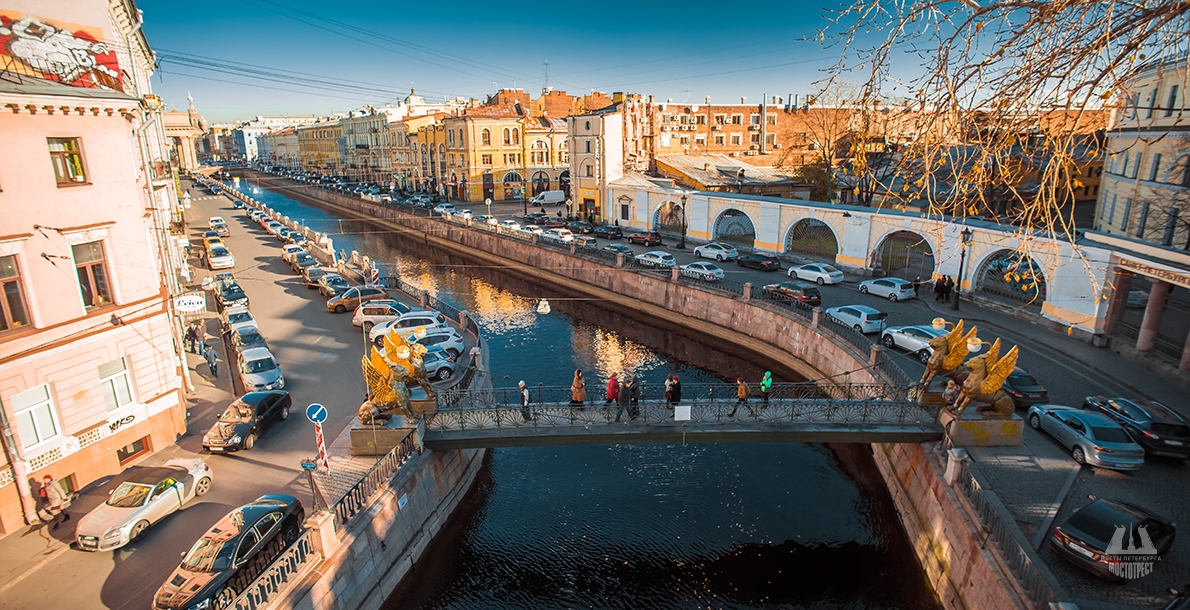 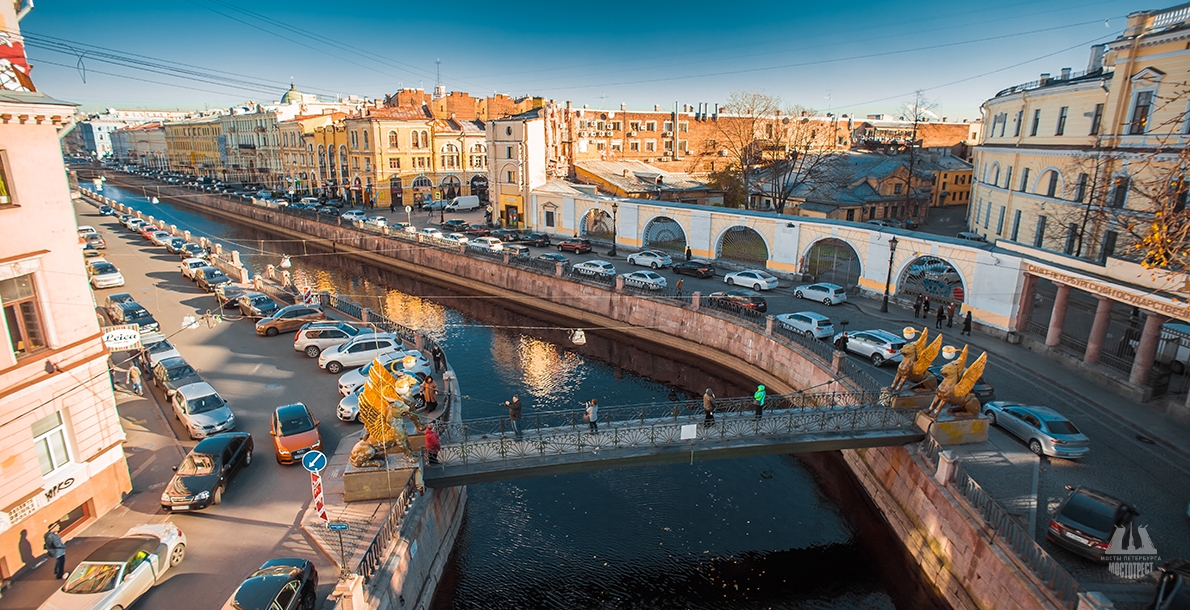 Bank Bridge is a pedestrian bridge across the Griboyedov Canal in the Central District of St. Petersburg, it connects Kazansky Island and Spassky Island. It is an outstanding monument of bridge architecture of the first quarter of the XIX century. It is one of the three pedestrian chain bridges in St. Petersburg (along with the Bridge of Four Lions and Pochtamtsky Bridge).

Bank Bridge was opened to traffic in 1826, and more than 9 thousand people went over it at that day. The bridge is named for its location - against Assignation Bank (now St. Petersburg State University of Economics). The bridge is designed for the passage of pedestrians and is one of the six suspension bridges built in 1823-1826.

Bank Bridge was built in 1825-1826. The project of the bridge was developed by engineer G.M. Tretter. The structure of pedestrian suspension bridges did not differ from similar systems adopted for transport bridges. Metal chains were used as load bearing and supporting elements of the deck. But unlike transport ones, where gantry ramps are used as supports, pedestrian bridges rest on metal frames embedded in the foundations.

The angular sculptures of winged lions (often mistakenly referred to as griffins) of sculptor P.P. Sokolov are most widely known. Mythical winged lions, images of which were previously found only in the decoration of furniture and architectural details, they were first cast in large size and became a decoration of the street. The figures were made of cast iron on the Alexandrovsky Ironworks, the wings were made of copper sheet by punching and coated with gold leaf.

The superstructure of Bank bridge consists of 2 chains, suspensions and timber decking. The iron ramps (frames) bolted through masonry to the timber grillage tightened on the top and bottom by massive cast-iron plates (for which the chain cables are attached) serve as pylons.

By the end of the XIX century, the bridge railings were replaced with metal ones of simple pattern, and lights on the heads of winged lions were destroyed.

In 1976 the timber stringers were replaced with metal ones.

In 1988 the gold leaf coating of decorative elements of the bridge was renewed.

In 1997, the cast iron griffins were repaired; the railing was restored; lighting of the bridge was repaired. 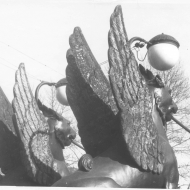 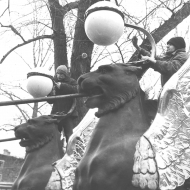 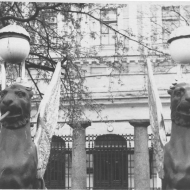 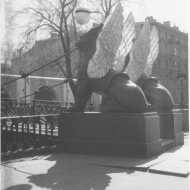 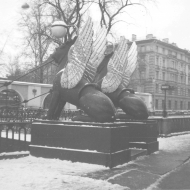 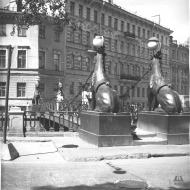 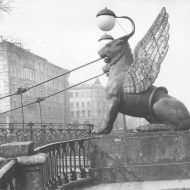 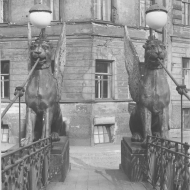 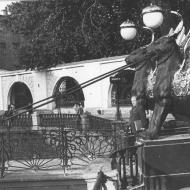 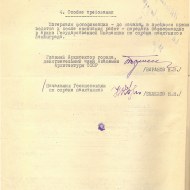 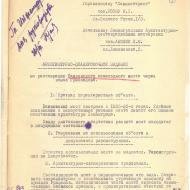