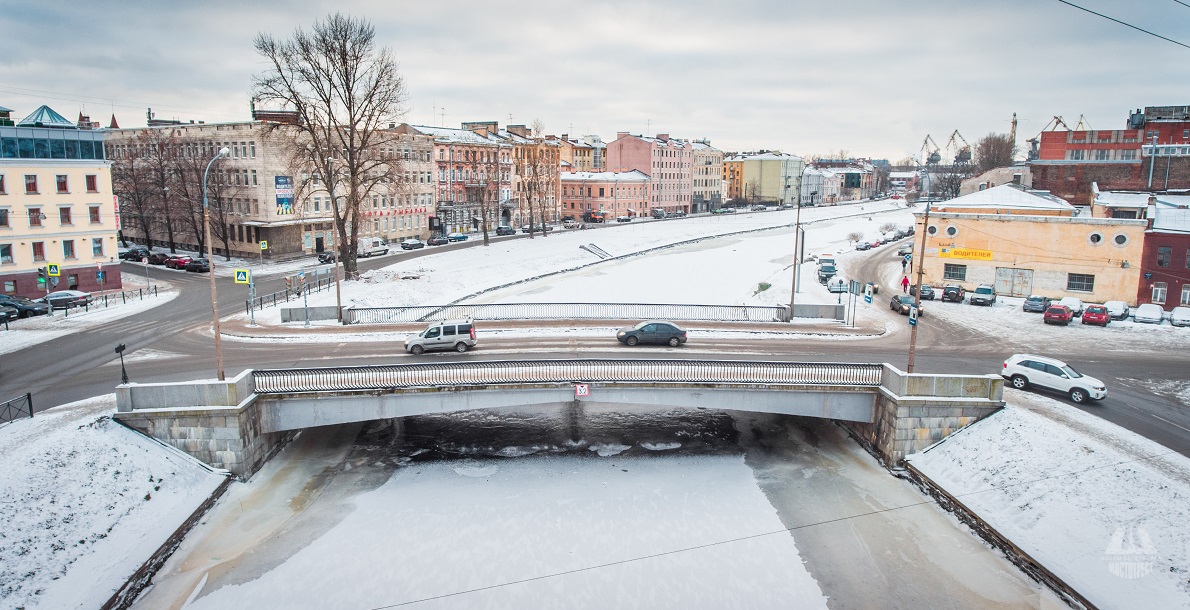 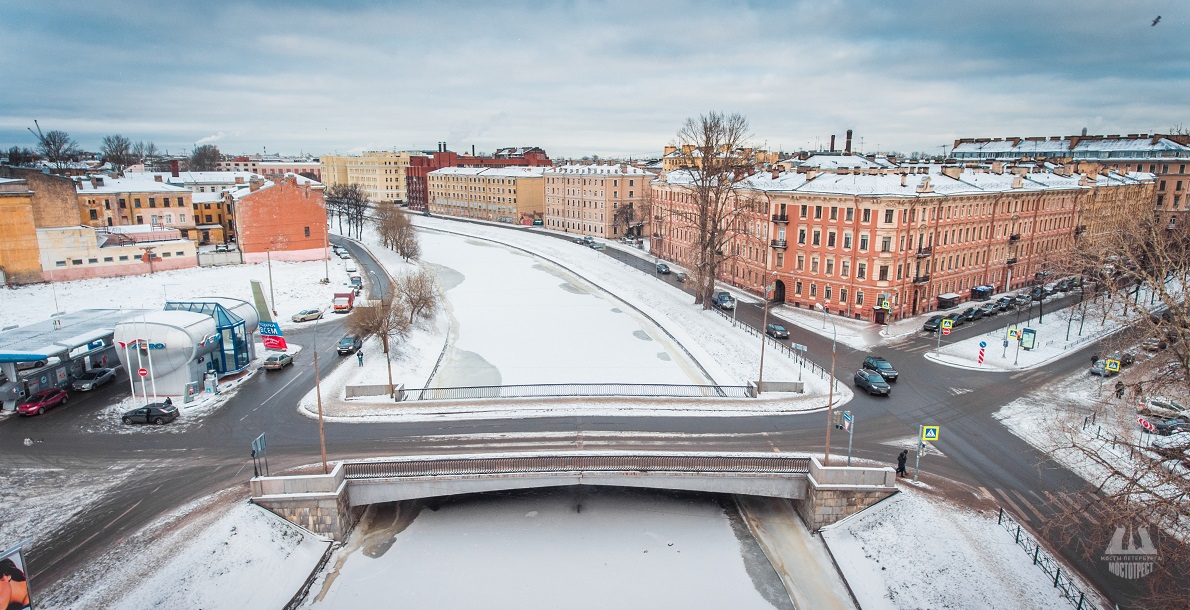 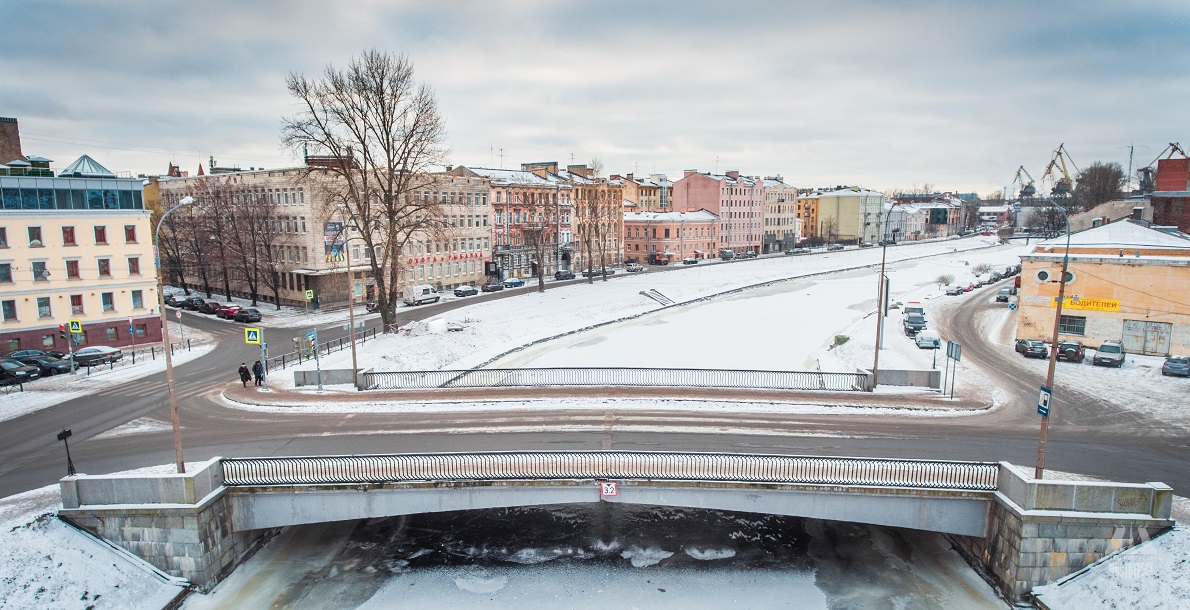 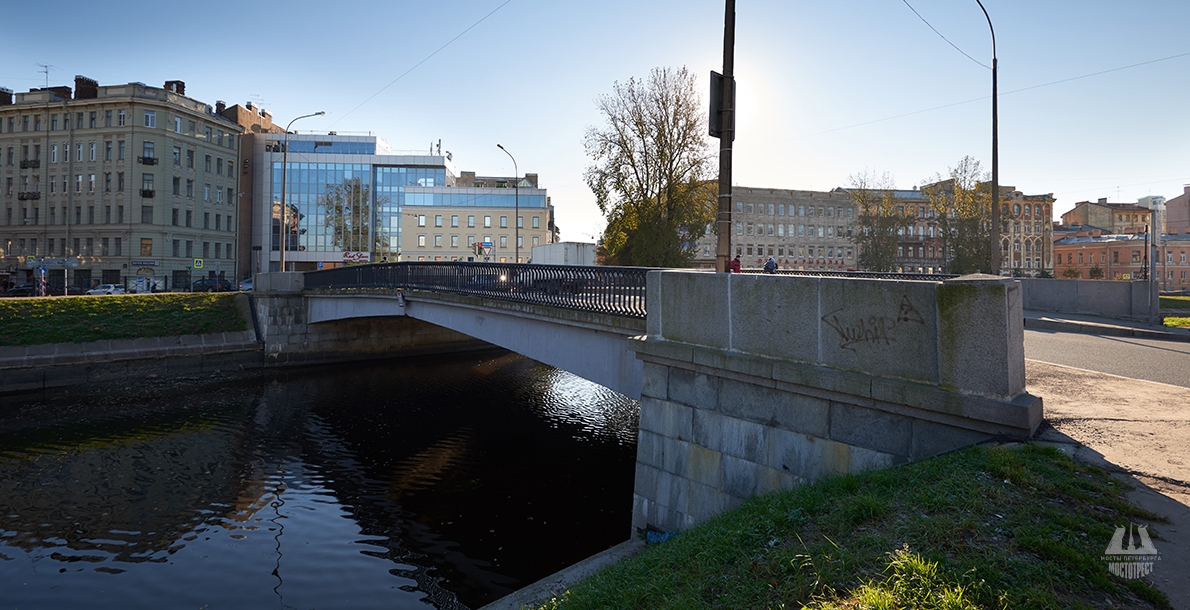 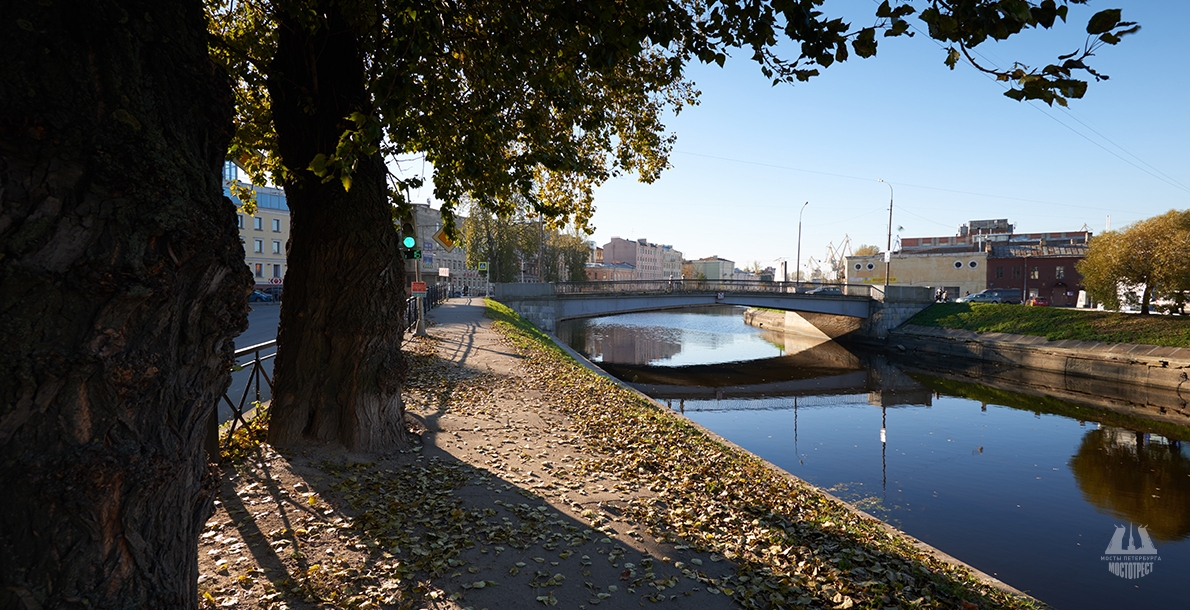 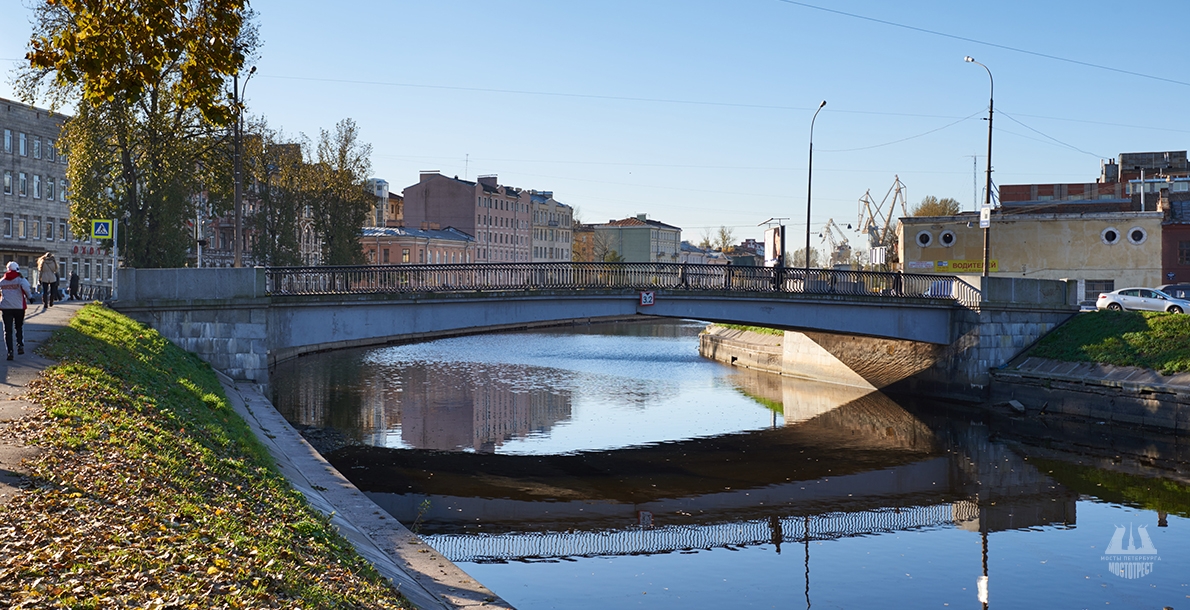 Banny Bridge connects the Matisov Island and the Kolomensky Island across the Pryazhka River in Admiralteysky District. It is located in the alignment of Dekabristov Street. The bridge derived its name from the Matisovy Bath House on Matisov Island.

The Bath House was opened since the middle of the XIX century and was very popular among the residents of a different society classes. Nine bath attendants and three laborers were engaged in the service. The Bath House belonged to correctional institutions and were closed in the middle of the XX century, and in 2005 it was demolished for building construction. At the site of the former baths it is planned to build a business centre in "stakanizm" architectural style.

Banny Bridge is remarkable for the fact that it was never renamed.

In 1821 a waggon wooden beam bridge was built there with three and later with five spans. Wooden piles are used as foundation. The wooden bridge was repaired several times.

In 1963-1964, under the project of Lengiproinzhropekt engineer Yu.L. Yurkov and architect L.N. Noskov, the bridge was rebuilt into a single-span reinforced concrete cantilever frame bridge. The superstructure was made of pre-stressed concrete. The bridge abutments are massive reinforced concrete ones on pile foundation and faced with granite. The modern railing is installed on the bridge cast-iron sections without pedestals and with a pattern of "running" racks. At the ends of the railing massive granite pedestals are installed. The roadway consists of precast concrete slabs with asphalt concrete pavement. Sand asphalt is laid on the sidewalks. The bridge was built by efforts of SU-2 of Trust Lenmostostroy under the direction of engineer V.A. Mandorov.

From the Matysov Island Banny Bridge brings pedestrians to Dekabristov Street from where in just a 10-15 minutes you can get to Theatre Square where there are two buildings of the Mariinsky Theatre.