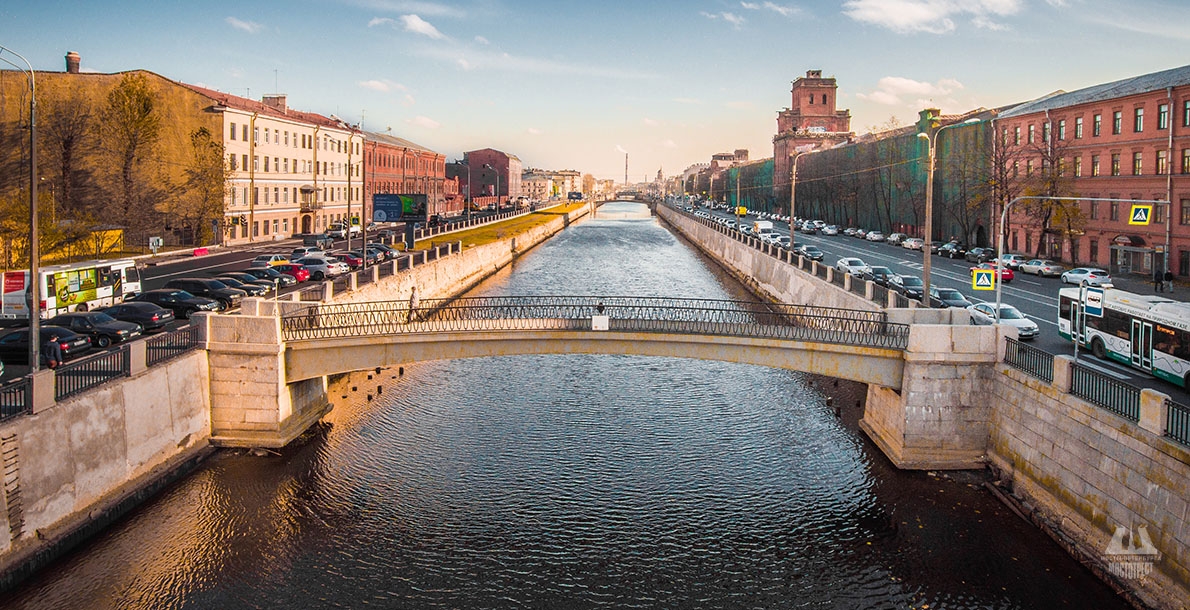 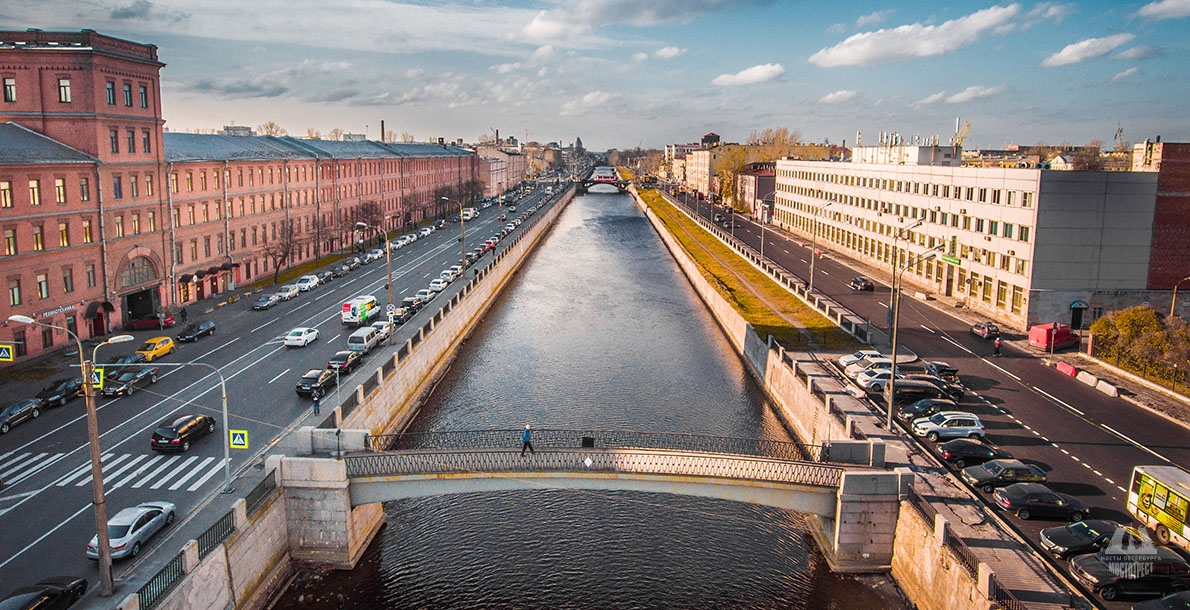 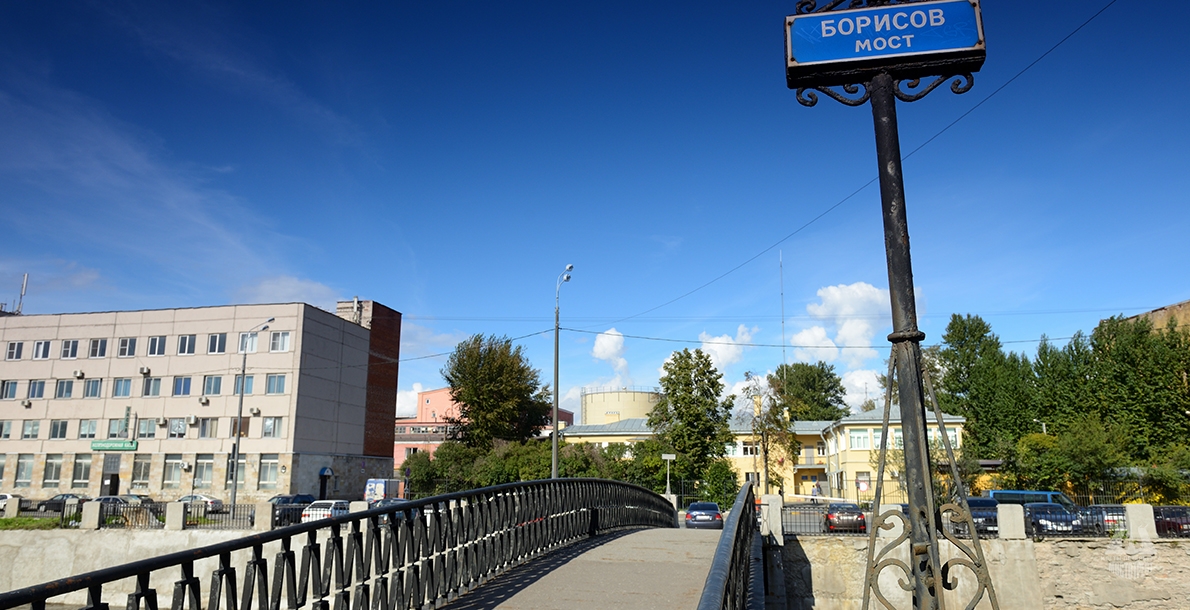 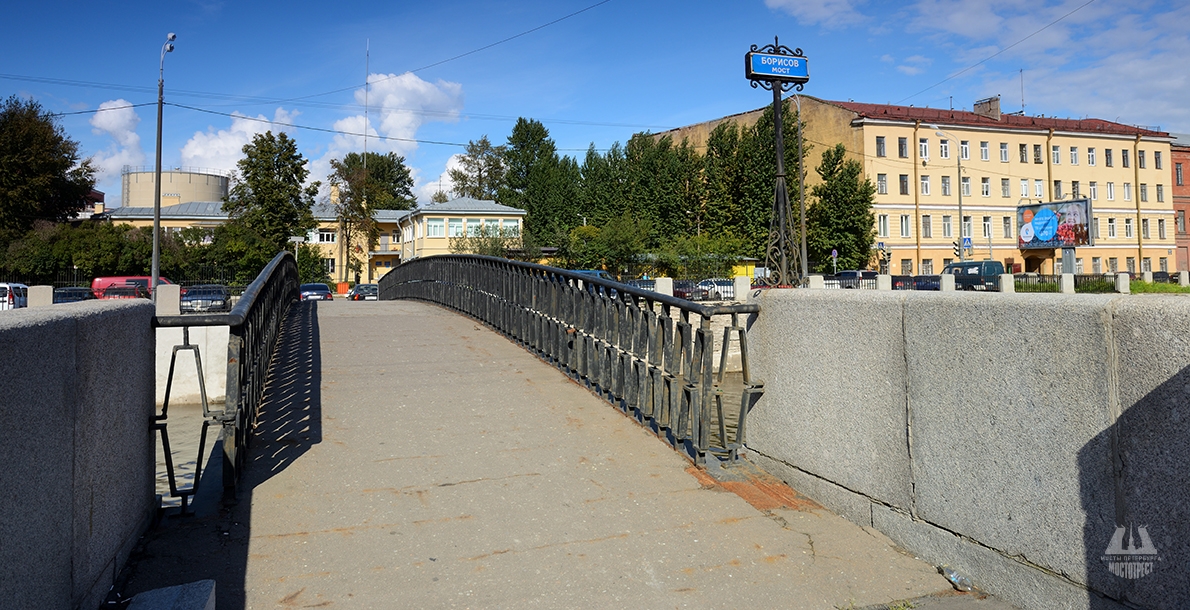 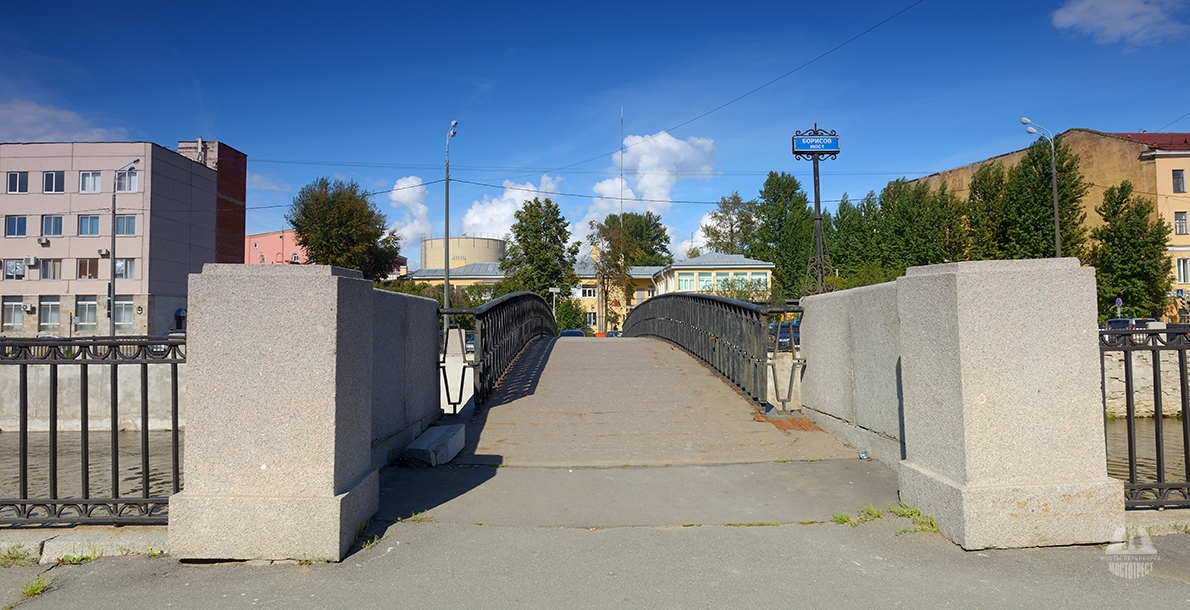 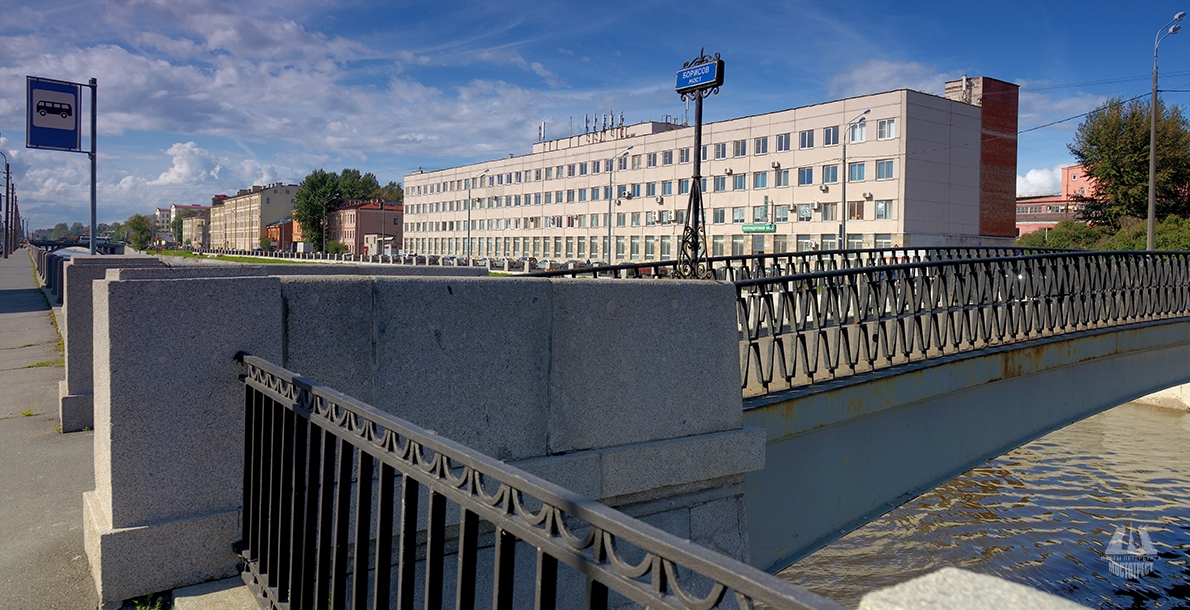 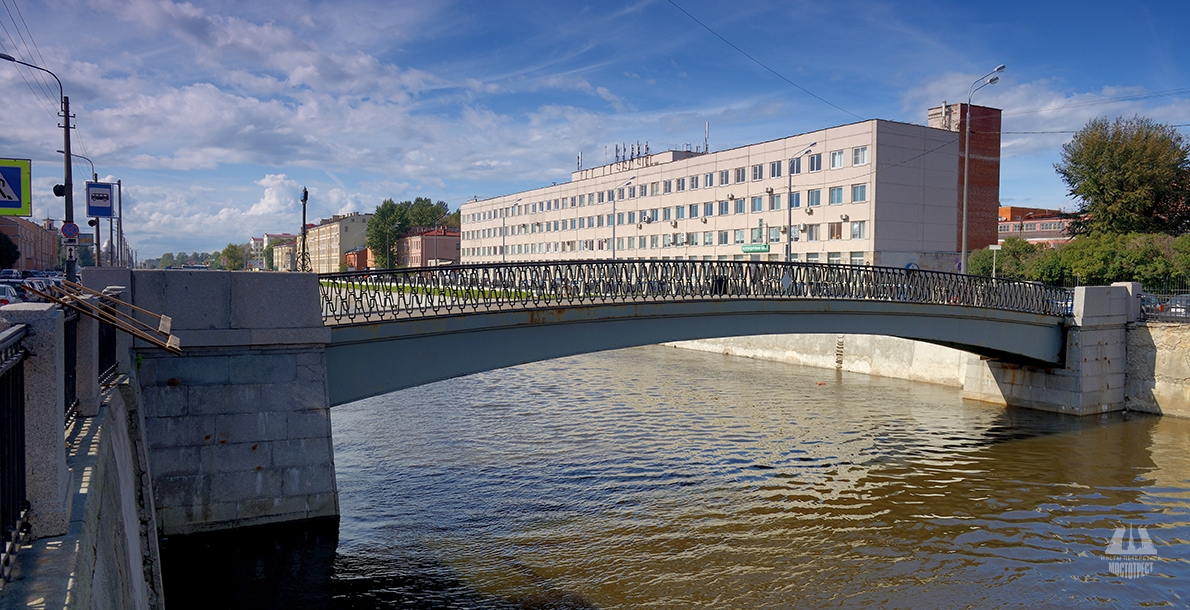 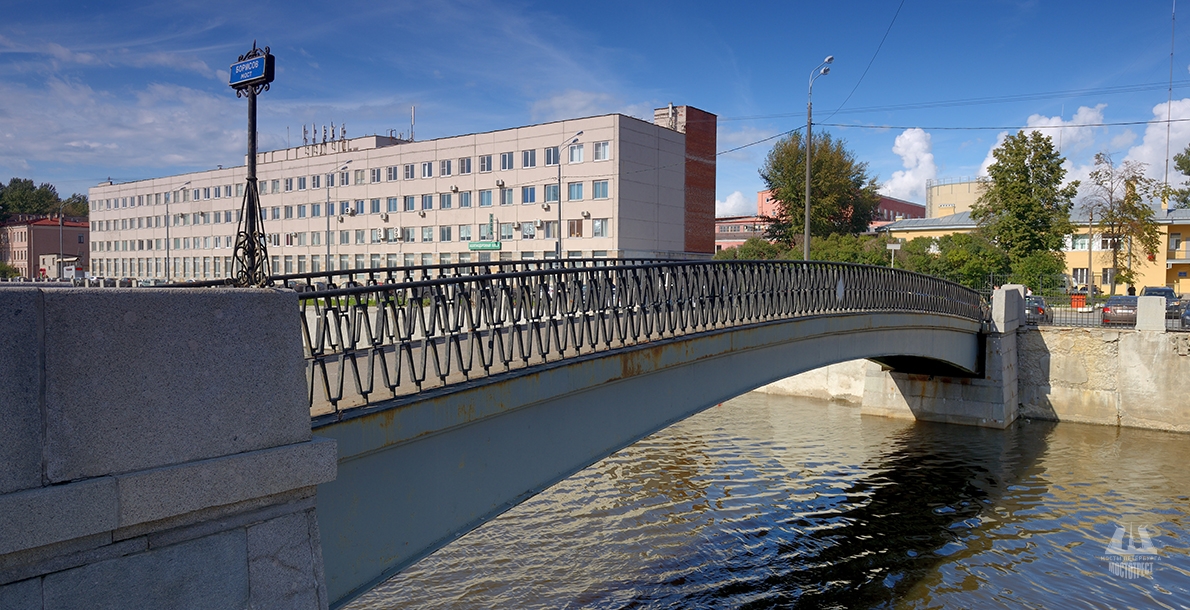 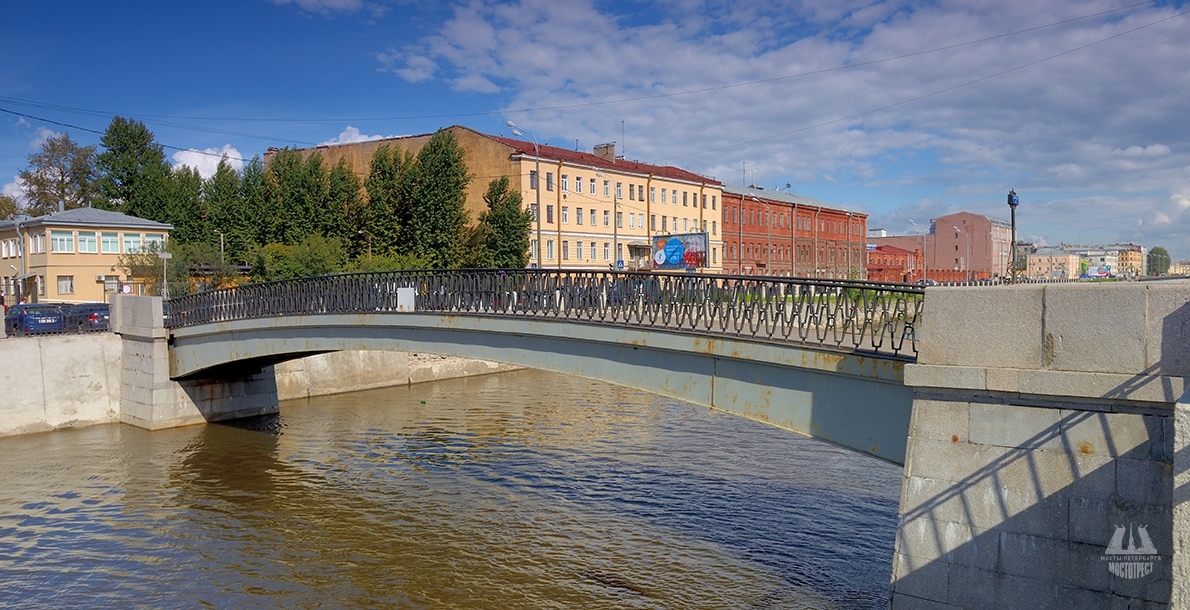 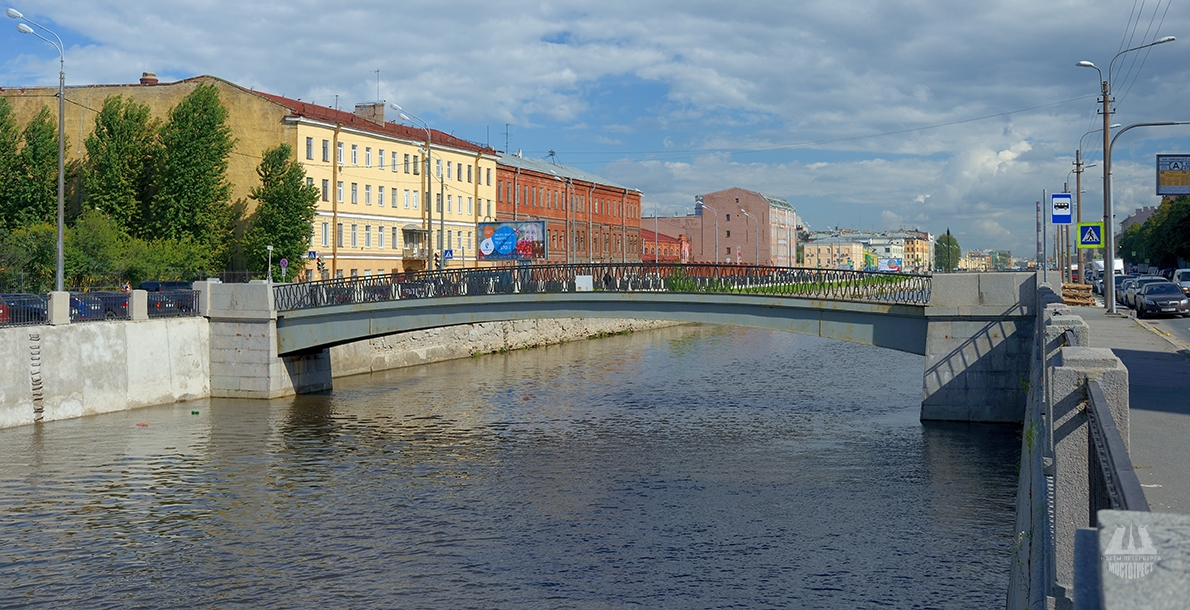 It was named after merchant Borisov once lived here, who owned two large houses on the embankment.

At the end of the XIX century three-span wooden beam pedestrian bridge on pile supports was built there. The bridge was intended for employees of the factory as kindergarten for their children was located on the right bank of the canal.

In 1928 major repair of the bridge took place. With the construction of retaining walls of embankments the bridge length reduced from 39 to 33 meters, and its width reduced to 3 meters.

In 1932 wooden beams were replaced by metal ones.

In 1941 shrapnel from exploded shell damaged one of the beams of the superstructure. The damage was repaired quickly, and Borisov Bridge remained in such a state until 1990, until it was rebuilt again.

The engineer V.I. Feldman carried out the reconstruction. Now it is a single-span metal beam bridge with ribbed slab. Metal welded boxes are installed on reinforced concrete abutments.

Metal railings of a simple pattern are installed on the bridge. Granite pedestals with stand lamps with lights are installed at the entrances.

The bridge has a fairly simple appearance without any design techniques. But thanks to the arched curvature one gets the positive impression. Cast iron railings have simple but memorable pattern that does not exist even among the bridges located in the city centre. The crossing abutments with granite parapets are installed in the canal bed. The bridge top is covered with precast concrete slabs.

There are two pedestrian bridges on the section of the Obvodny Canal where this small crossing is located: Borisov Bridge and Tarakanovsky Bridge. This is due to the fact that there is practically no traffic of public transport, but one needs to get to work and to the kids in kindergarten every day. That is why the right bank where the industrial area of the city is located and the left bank - location of domestic buildings - are connected by the two bridges. 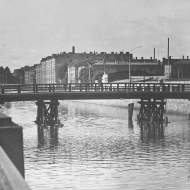