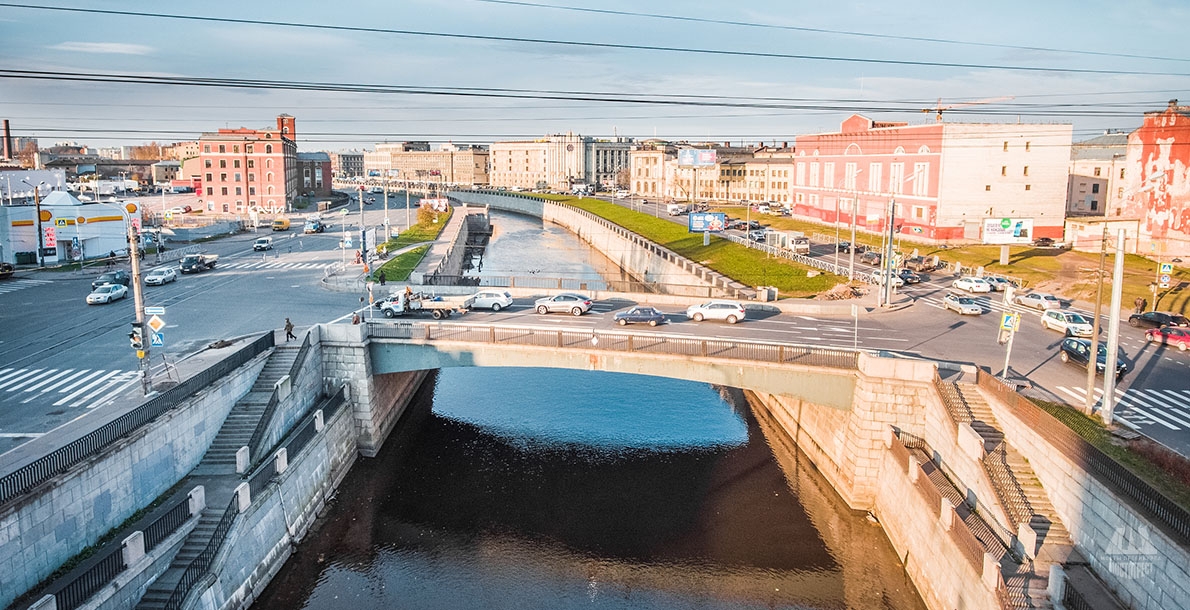 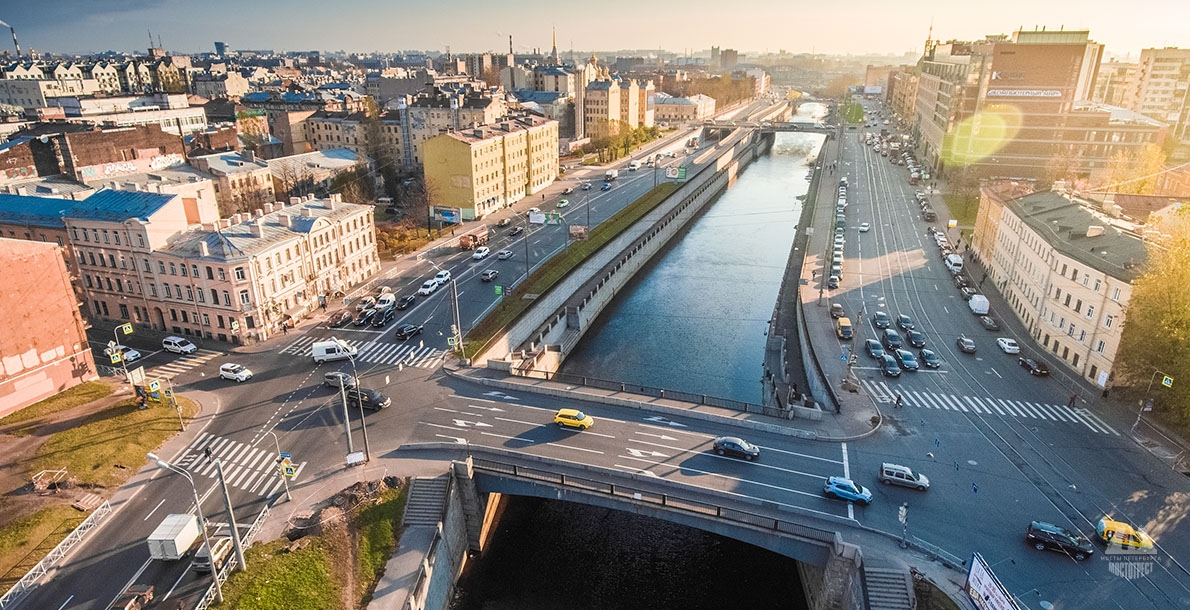 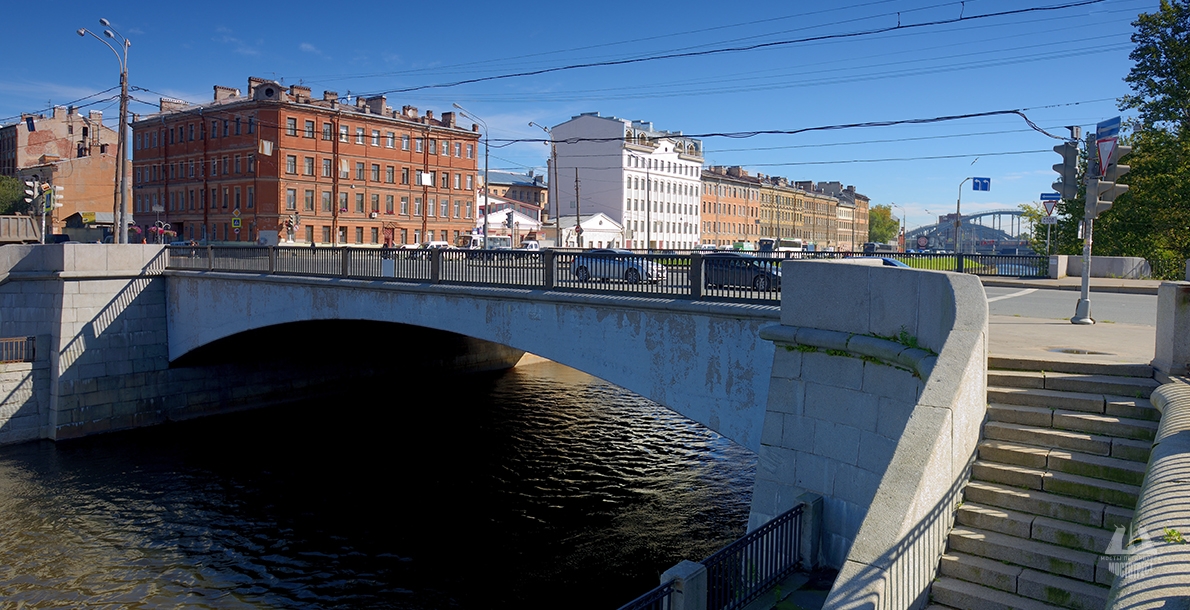 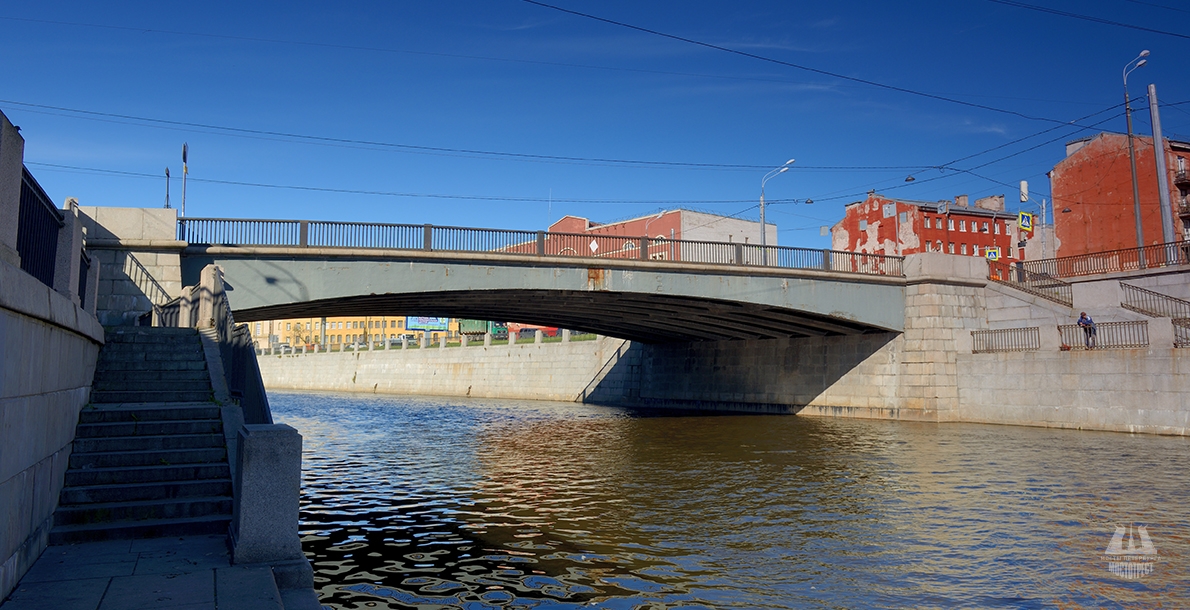 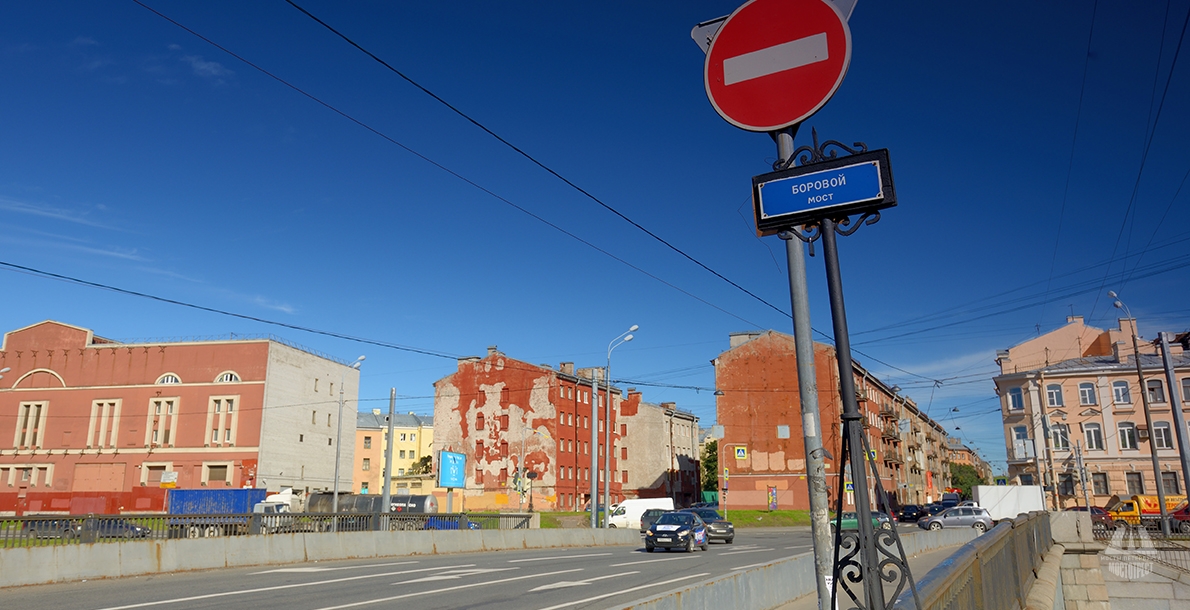 Borovoy Bridge (formerly Andreevsky - 1881 – the middle of the 1880s) is a bridge across the Obvodny Canal in Central District of St. Petersburg, connects the Bezymyanny Island and the left bank of the Obvodny Canal.

The first bridge at this site was built in 1887. It was a wooden five-span beam crossing on pile foundations with tower supports. The bridge was named Andreevsky. Its length was 52 meters, and width – 13 meters. The wooden bridge was repaired several times.

In 1961, under the project of engineer A.A. Kulikov and architect L.A. Noskov, wooden bridge was rebuilt in reinforced concrete single-span one in the form of three-hinged frame of precast prestressed concrete. In cross-section the span is covered by nine frames in which the bottom contour of transom is outlined by the curve.

The new name of the crossing was Borovoy Bridge. This name is associated with Borovaya Street which derived its name from a pine forest being here some time.

The length of new Borovoy Bridge which was built at an oblique angle of 74 degrees to the water plane of the canal became equal to 34 meters, and its width was 18.5 meters. It should be noted that such a tilt of the bridge to the axis of the Obvodny Canal is designed to normalize vehicular traffic on the Borovaya Street.

The Borovoy Bridge appearance is not marked by splendor and elegance. On the contrary, a successful combination of proportional parts of the bridge, as well as the novelty of its architectural forms and decorative elements creates a kind of rigour and restraint of pomposity showing good taste of the architect who worked on the appearance of the bridge. The cast iron sections of its railings located between the bollards of the same appearance consist of faceted rods topped with capitals with hollows. By the way, such a simple pattern of railings is conventionally named "running" racks. The entrances of Borovoy Bridge are decorated with stand lamps with lanterns.

There is a legend that during the XX century many suicides were committed on the Borovoy Bridge. The first peak of suicides, according to various sources, was recorded here in 1923. Some sources report that supposedly once in ten years the number of people who have decided to commit suicide in this place rise. However, it is possible that Borovoy Bridge is just one of the plenty of St. Petersburg legends, and the events that are listed in the sources are a series of unfortunate coincidences. 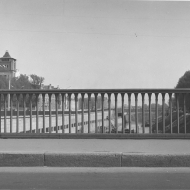 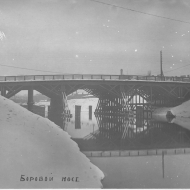