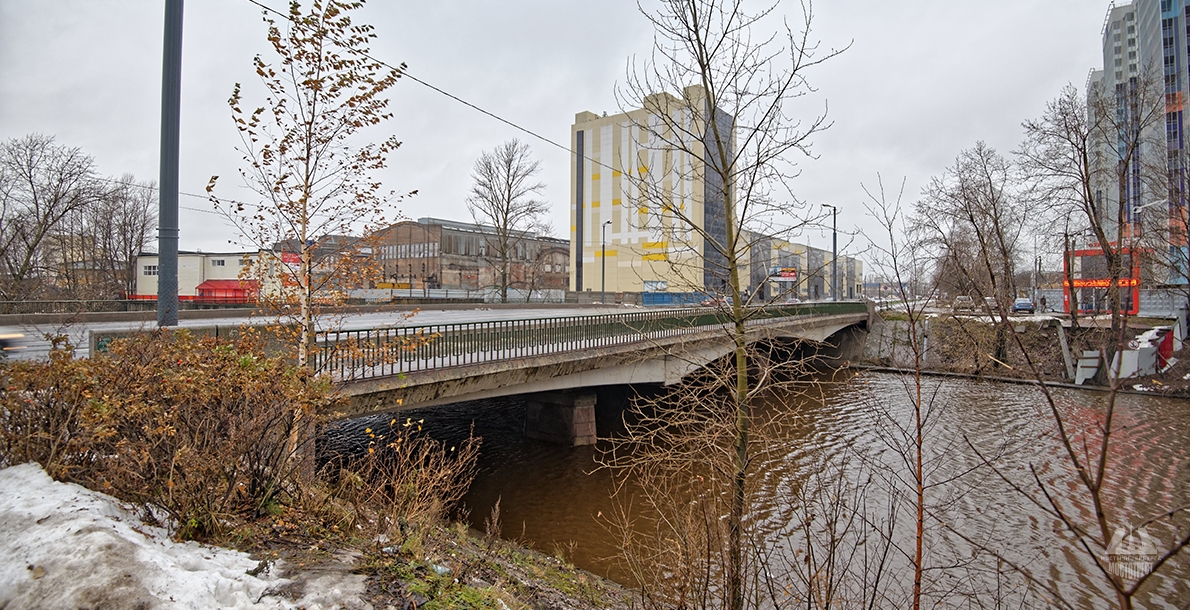 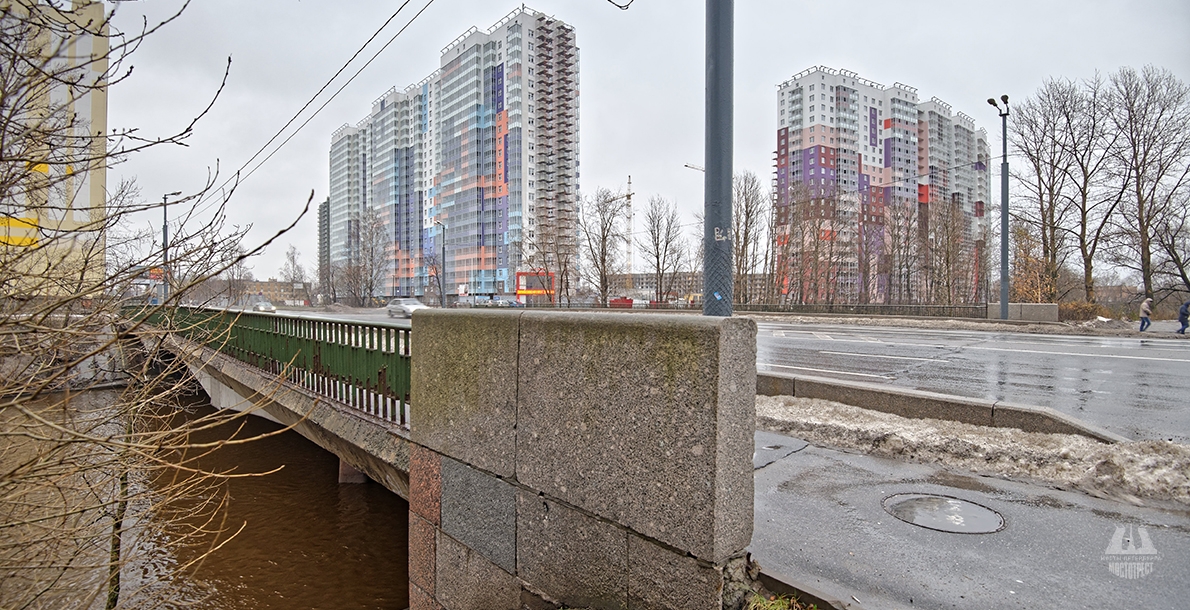 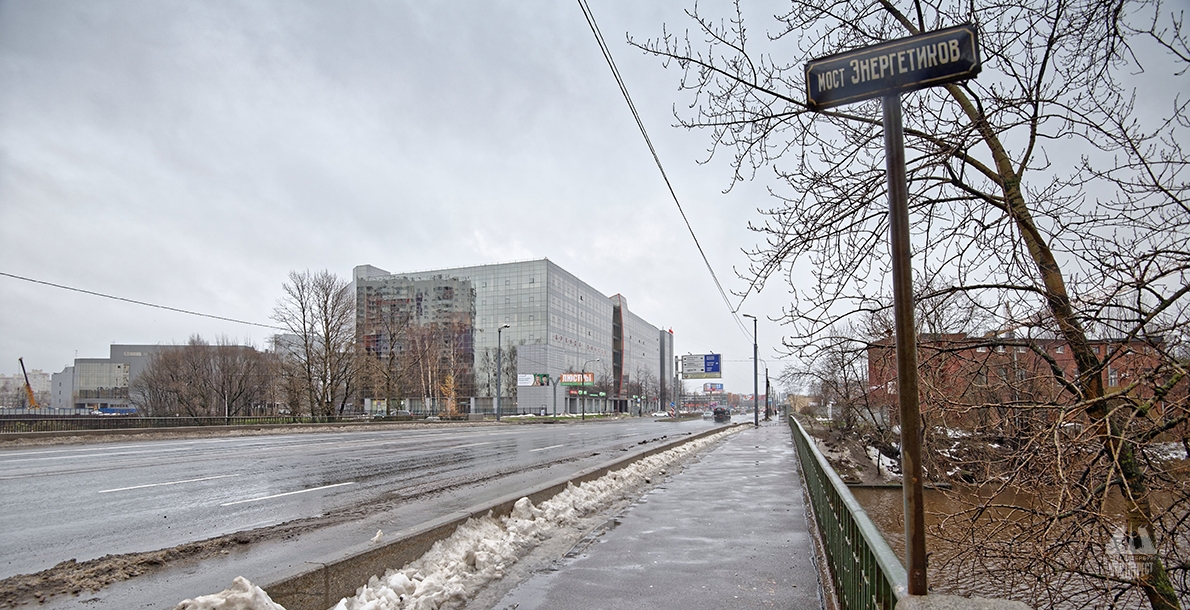 Energetikov Bridge over the Okhta River is located in Krasnogvardeysky District in the alignment of Energetikov Prospect. The bridge was built in 1978, under the project of engineer B.E. Dvorkin of Lengiproinzhproject and was so named in May 1979.

The Okhta River is a river in the north-east of St. Petersburg and in Vsevolozhsky District of Leningrad Region, the largest right tributary of the Neva River within the city. It runs into the Neva River near former Petrozavod which is currently dismantled for the realization of an investment project. The earliest reference of the Okhta River is found in the First Novgorod Chronicle under the year 1300.

Above the intermediate supports and abutments prefabricated units are combined with heavy reinforced concrete transverse beams. In the spans main beams are connected along the slab of the roadway.

The bridge abutments are massive ones, made of monolithic reinforced concrete on high pile grillage. There are lightweight intermediate supports on a low pile grillage consisted of two separate piers. This is an askew bridge with an angle of 86'.

The roadway and the sidewalks are covered with asphalt concrete. The sidewalks are separated from the roadway with reinforced concrete sections of the curb. Metal welded railing with granite parapets at the ends is installed on the bridge. The bridge length was 59.1 meters, and width was only 34.5 meters. Low concrete retaining wall with slopes reinforced with concrete slabs is placed adjacent to the abutments.

In 2007 reinforced concrete fence of the roadway on the bridge was replaced by a granite parapet.

The bridge was built by efforts of SU-1 of Trust Lenmostostroy, under the direction of chief engineer E.V. Leykin.

It is interesting that due to the arising of automobile markets in the late 1980s Energetikov Prospect has become known as one of St. Petersburg automobile centres. This is the place where inhabitants of Leningrad could buy even although a second-hand but a foreign car for the first time.