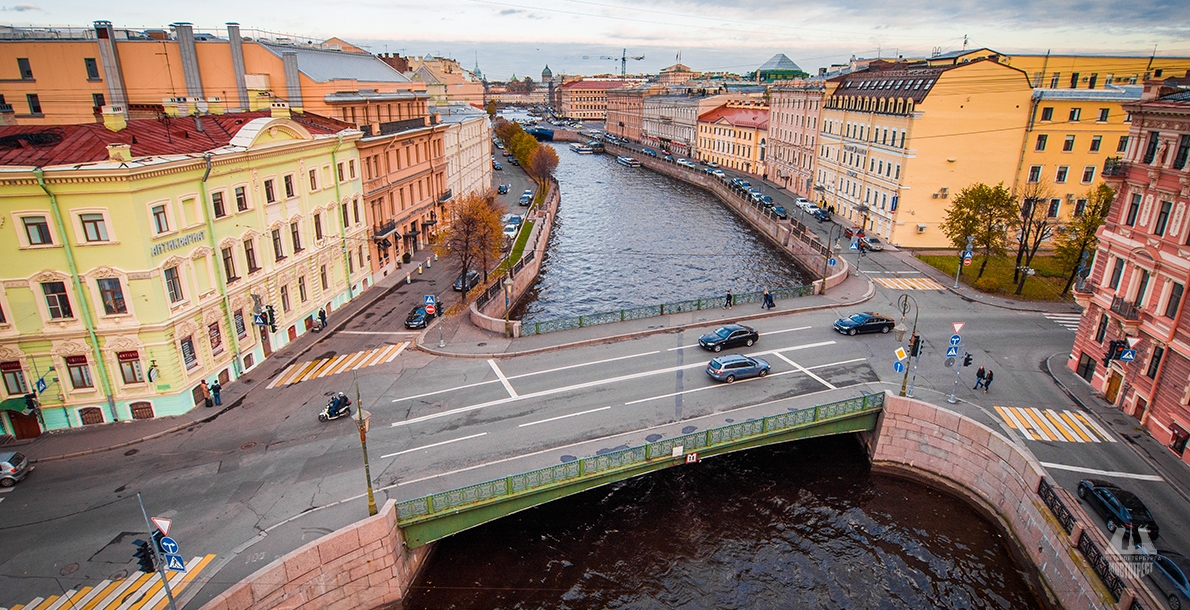 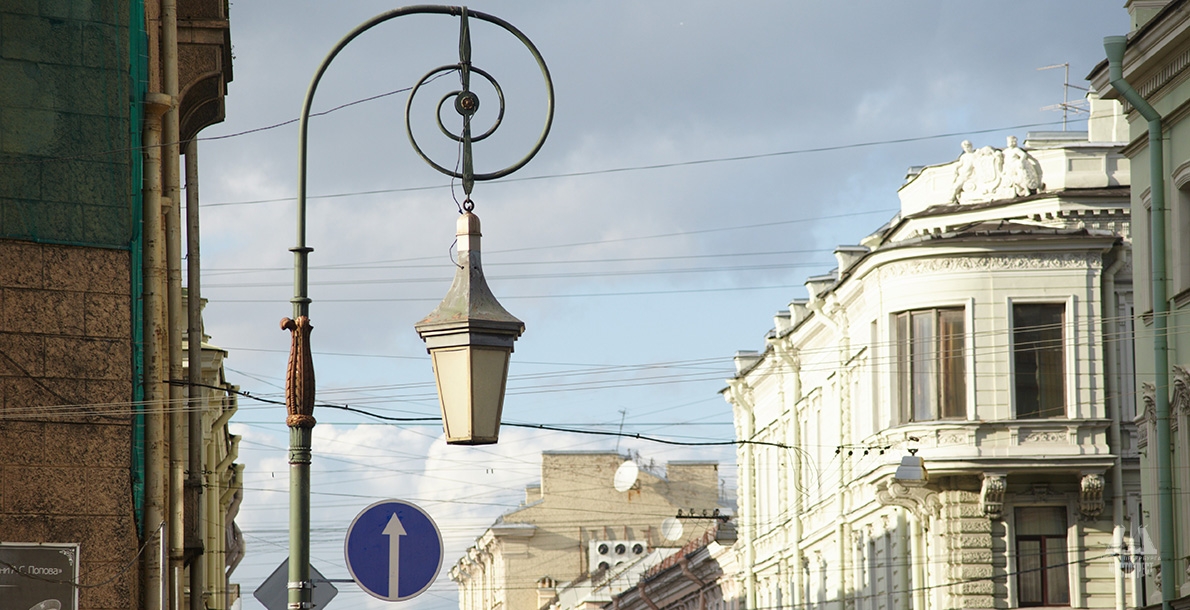 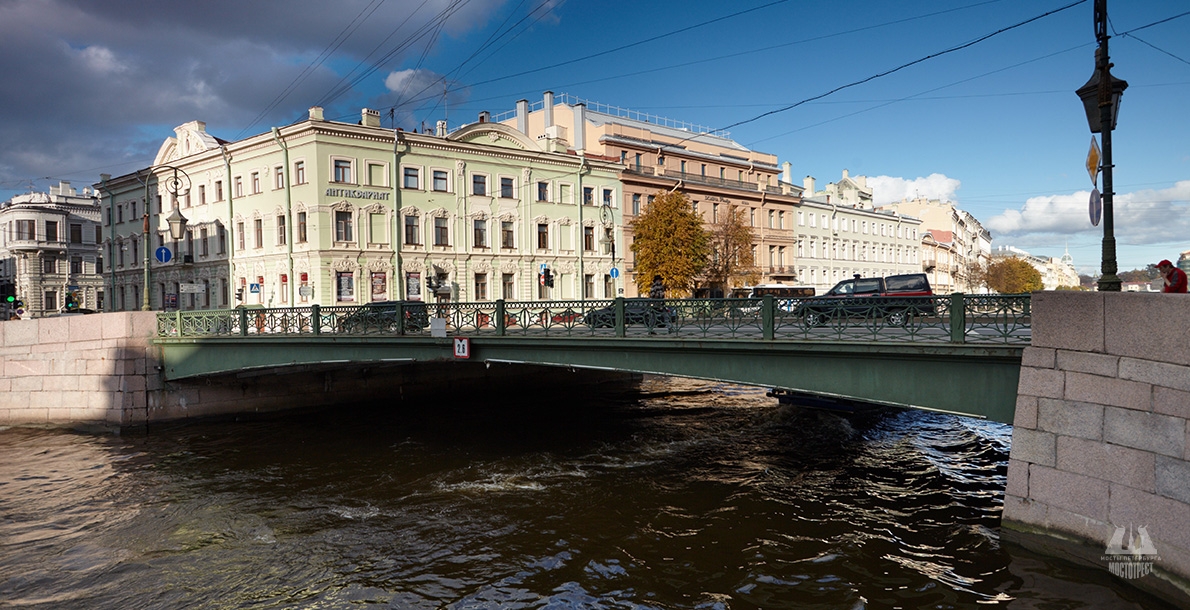 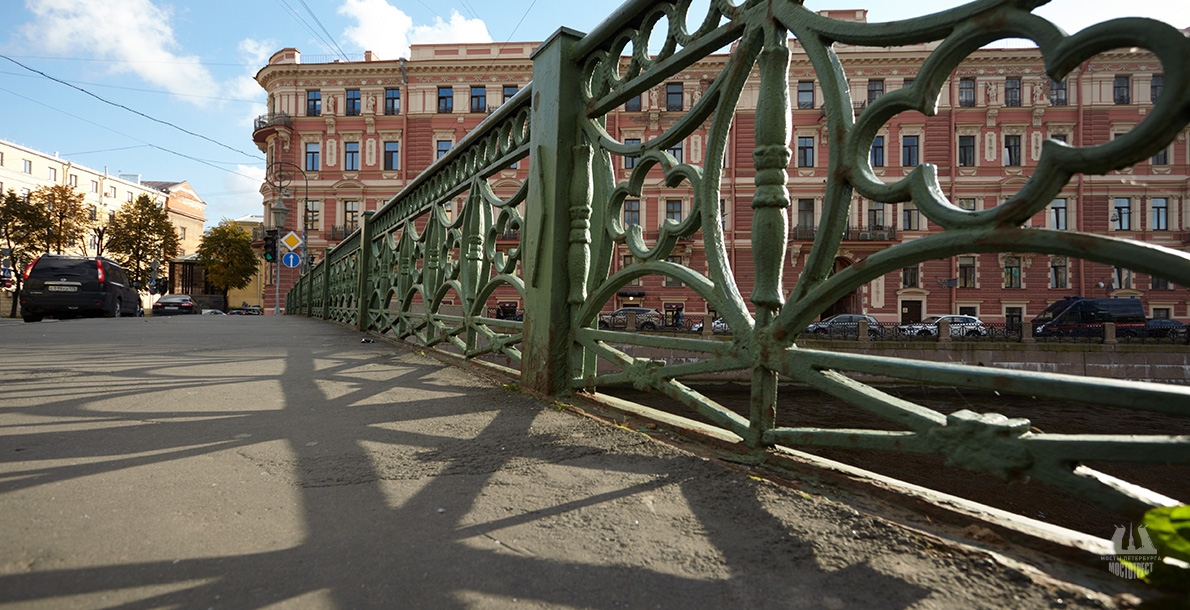 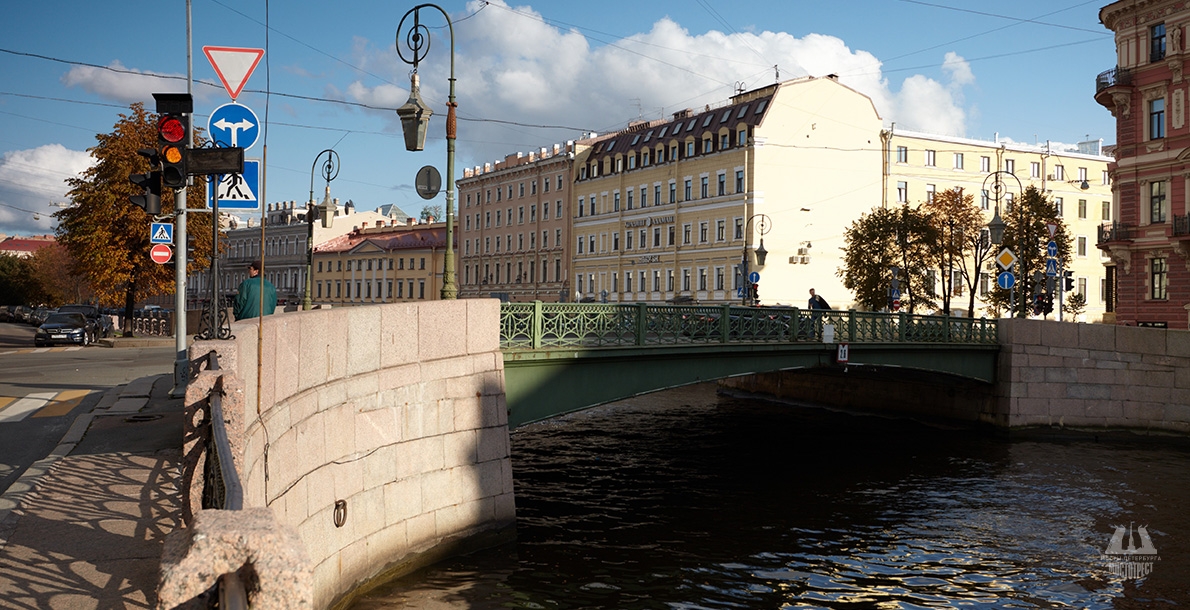 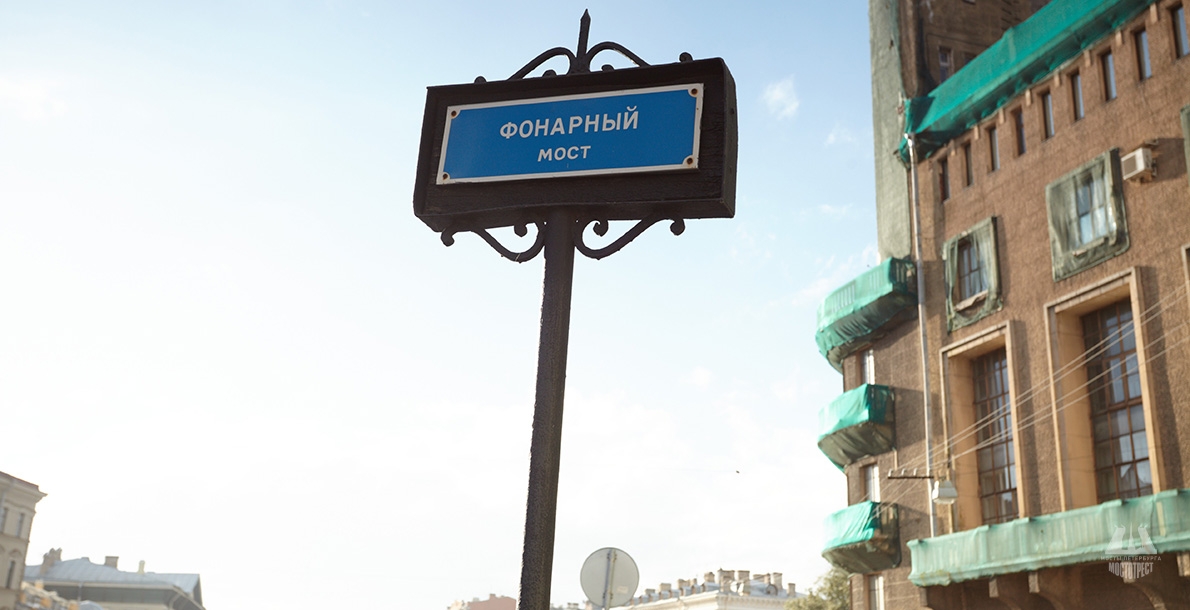 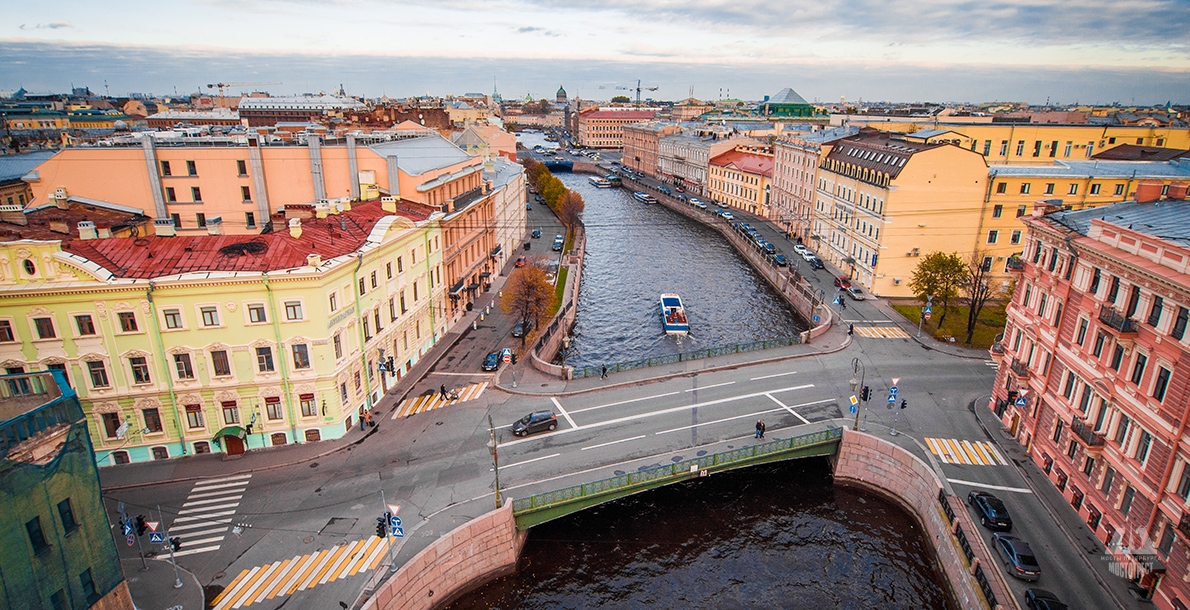 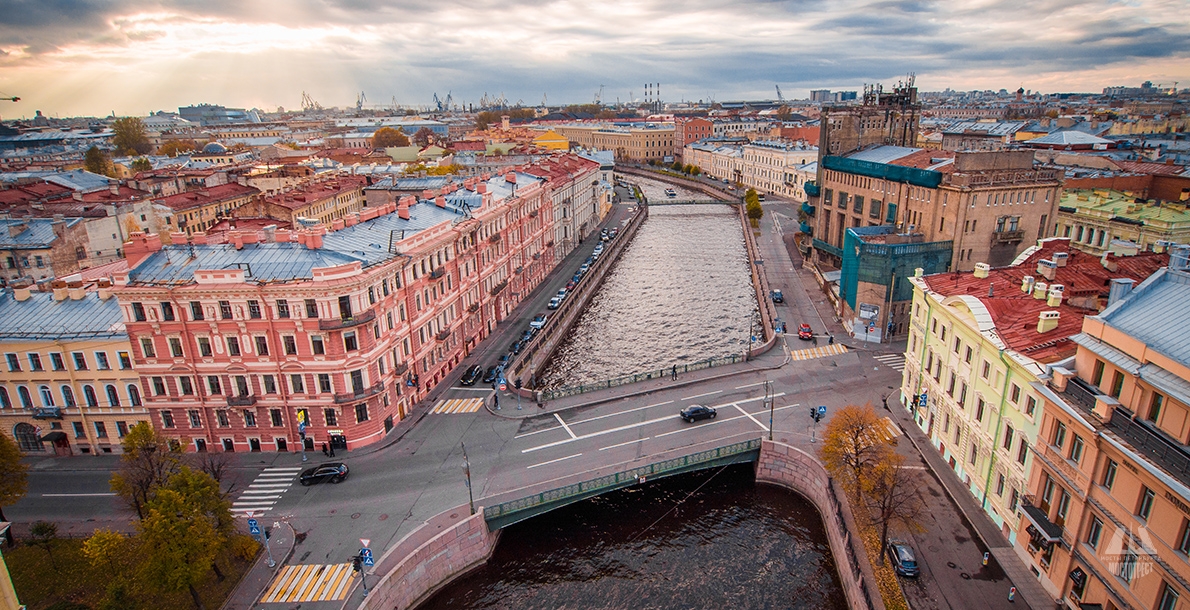 Opened in: the middle of the XVIII century

Fonarny Bridge over the Moyka River connects Kazansky Island and the 2-nd Admiralty Island; it is located in an alignment of Fonarny Pereulok and Pereulok Podbelskogo lanes.

Fonarny Bridge got its name in the middle of the XIX century. The crossing was named after Fonarny Pereulok Lane, which, in turn, was named after lantern workshops located there. In addition, there was a Lantern tavern which often local lamplighters visited. By the end of the XIX century, these names were ambiguous value, as in the surrounding streets there were many brothels, the entrance to which was marked with red lanterns.

From the middle of the XVIII century, a wooden bridge existed there. It was named Material Bridge, as it was close to the pier for the unloading of construction materials. In 1906 it was rebuilt in a three-span wooden pedestrian bridge. The bridge was repaired several times.

In 1950 the wooden superstructure was replaced by metal I-beams, and wooden railings – by metal welded railings of a simple pattern. The bridge decking remained wooden.

In 1971-1973 under the project of engineer L.N. Sobolev of Lengiproinzhproject and architect L.A. Noskov three-span wooden pedestrian bridge was rebuilt in a single-span reinforced concrete double-hinged frame bridge for cars and pedestrians. The superstructures are made of precast concrete. The superstructure facades were covered with profiled metal sheet. The bridge abutments are massive reinforced concrete ones on pile foundation and faced with granite. Railing on the bridge is made in the form of cast-iron gratings by the type of the Moyka River. Granite parapet is installed on the abutments. The roadway is separated from the sidewalks by granite curb.

There is an asphaltic pavement on the bridge. At the entrances of the bridge metal stand lamps with hexagonal lights are installed.

Near the bridge there is the House of Culture of Communication Union (formerly German Reformed Church). Upstream there is Blue Bridge, downstream – Pochtamtsky Bridge. 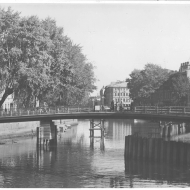 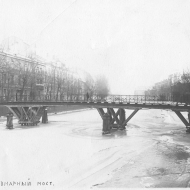 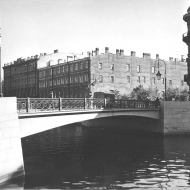 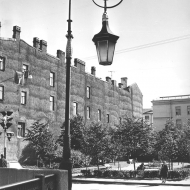 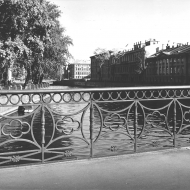 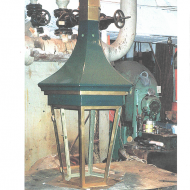