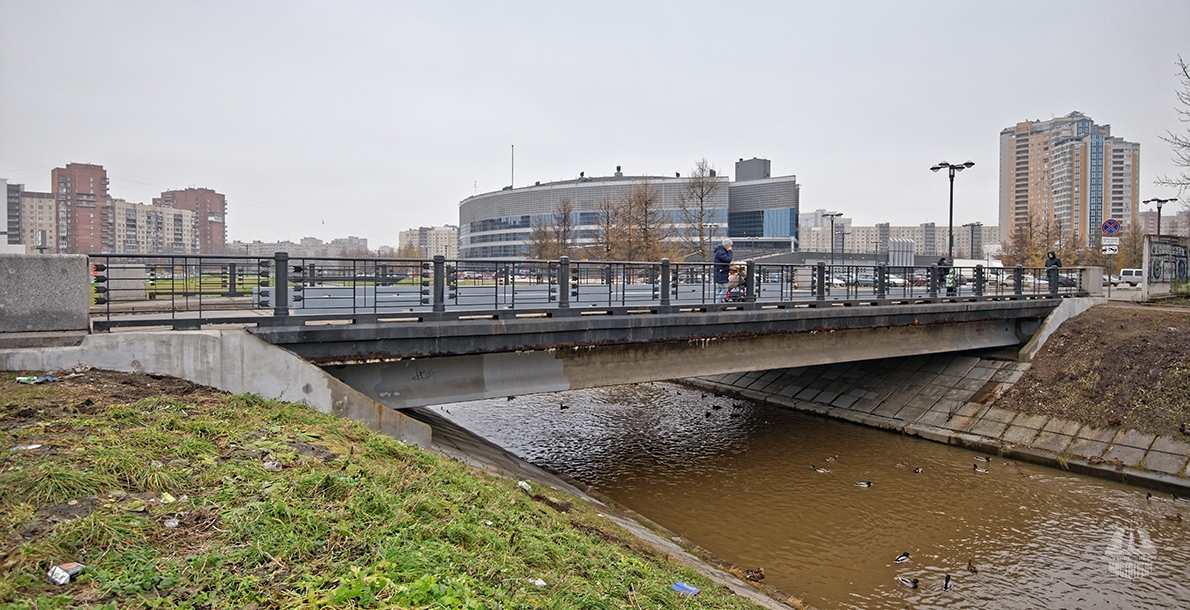 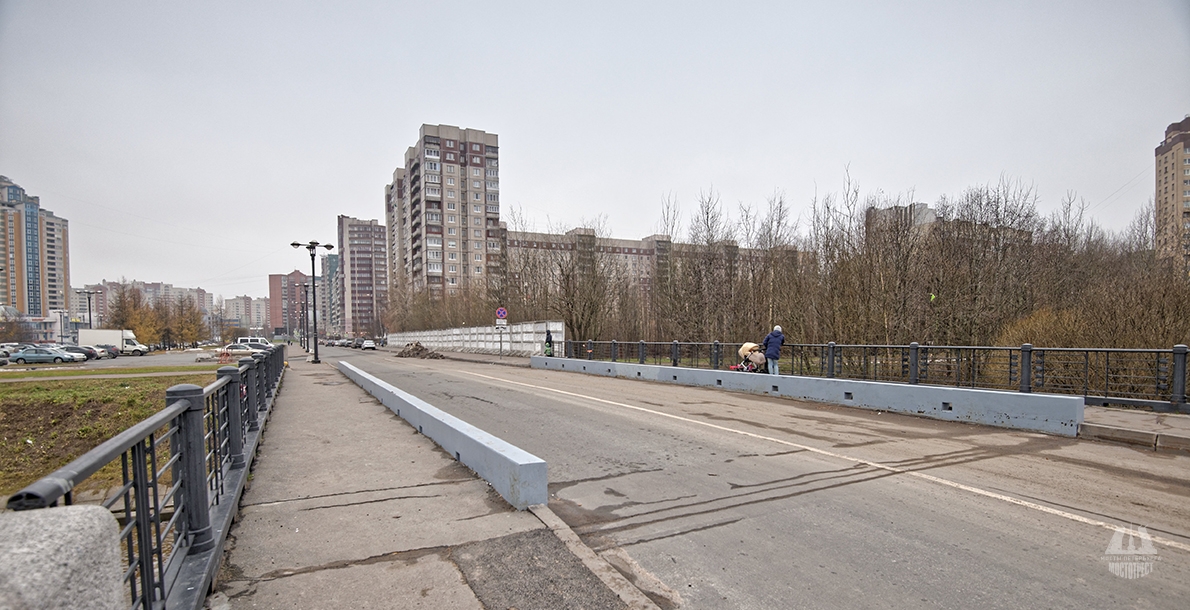 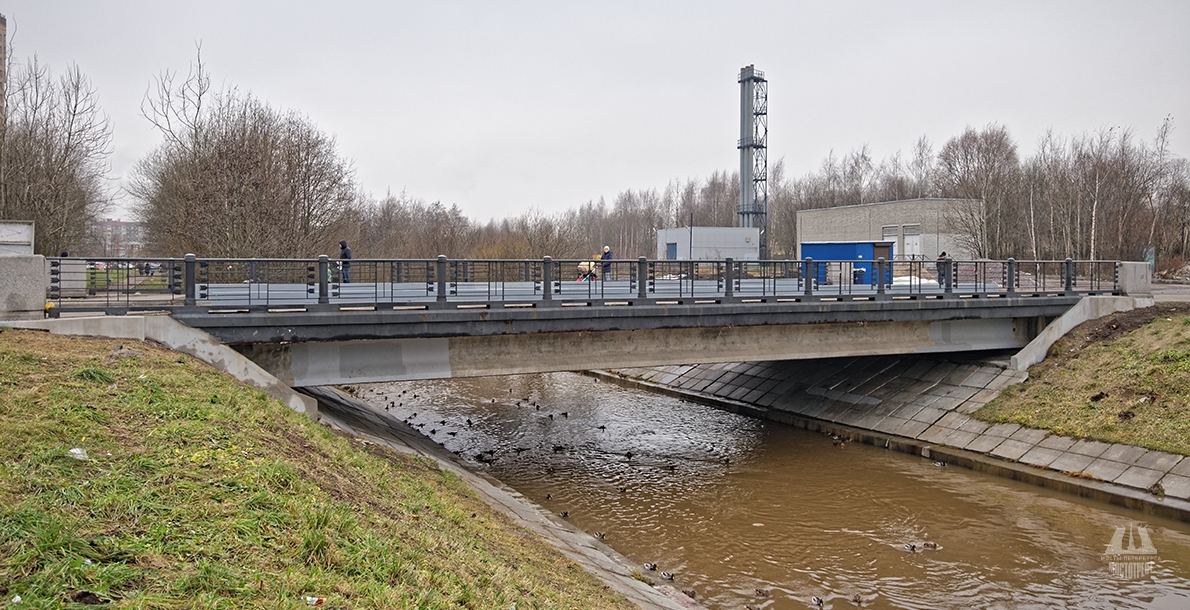 Klochkov Bridge is a bridge across the Okkervil River locating in the alignment of Klochkov Lane.

The bridge was named Klochkov on February 10, 2010. Klochkov Lane derived its name on July 7, 1993 from the Klochki village located nearby.

The village name has the following origin. On December 1723 Peter the Great issued a decree "On Nevsky Monastery land division in favour of St. Petersburg coachmen". They settled on the opposite (left) bank of the Neva River. But some of them built their houses on the right bank - on the site of the present building No. 12 on the Oktyabrskaya Embankment. One theory is that the name of the village is connected with the fact that the inhabitants of the right bank "split off" from the main settlement (original settlement was signed as Kolochki on the maps). At the end of the XIX century, according to the guide on St. Petersburg neighbourhoods, there were 13 houses in Klochki village.

Klochki also made history by the fact that there was Okhtenskaya waterway gate house, and in the 1870s in the village there was a conspirative apartment of Nicholai Tchaikovsky, a member of thw revolutionary organization “Narodnaya Volya”, the organizer of the so-called "Circle of Tchaikovsky". Until 1917 Klochki was under the jurisdiction of the Ministry of State Property and it was a German colony.

With regard to Klochkov Bridge, it appeared much later - in connection with the construction of the Ice Palace in Nevsky District for the World Hockey Championship which was held in St. Petersburg in 2000. In this regard for the formation and improvement of the territory the construction of two bridges across the Okkervil River at the site of the existing wall near the bridge on Rossiysky Prospect to Klochkov Lane was planned.

Klochkov Bridge is one of these two bridges. Functionally it is intended to connect the territory of the sports complex with the parking of individual transport within the former Yablonevskaya Dump and a bus parking on Rossiysky Prospect.

This single-span reinforced concrete bridge was built under the project of State Unitary Enterprise Lengiproinzhproject.