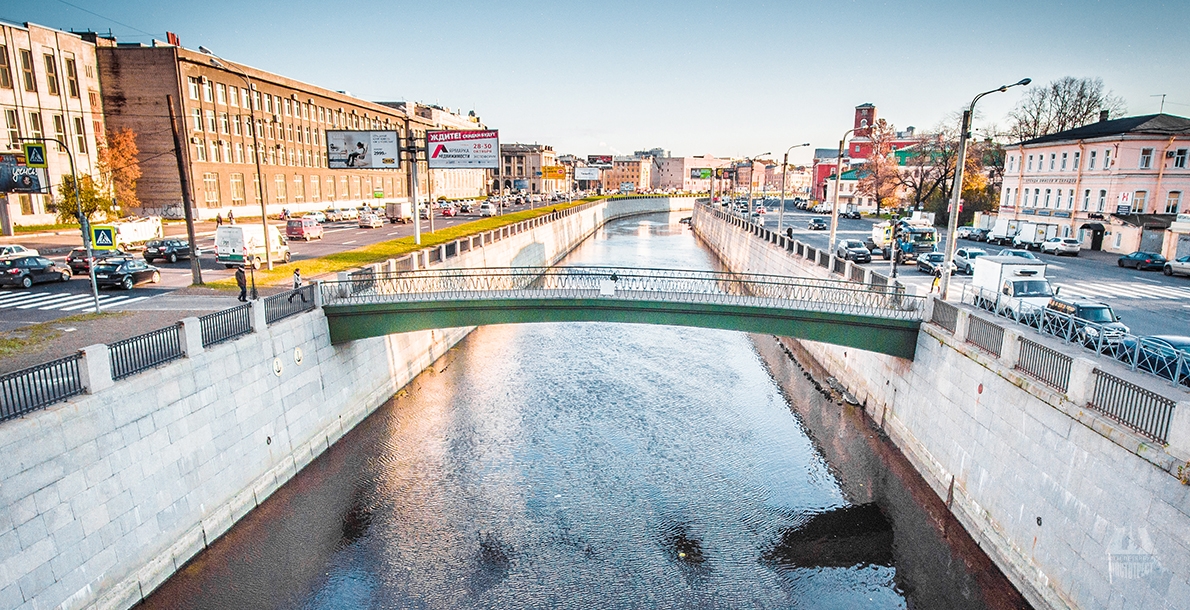 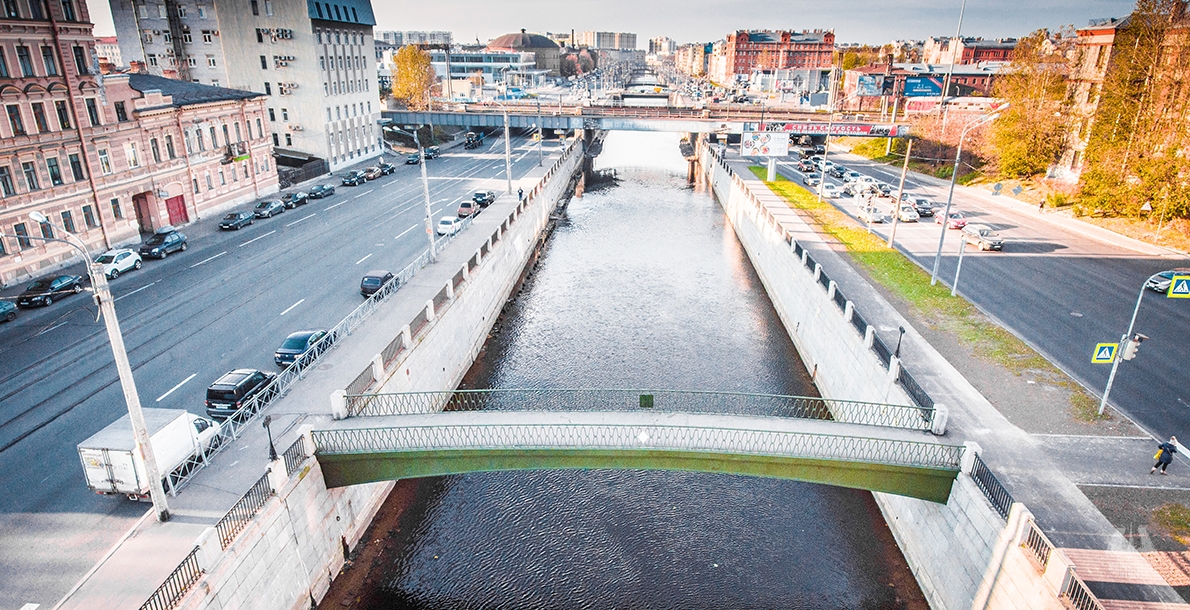 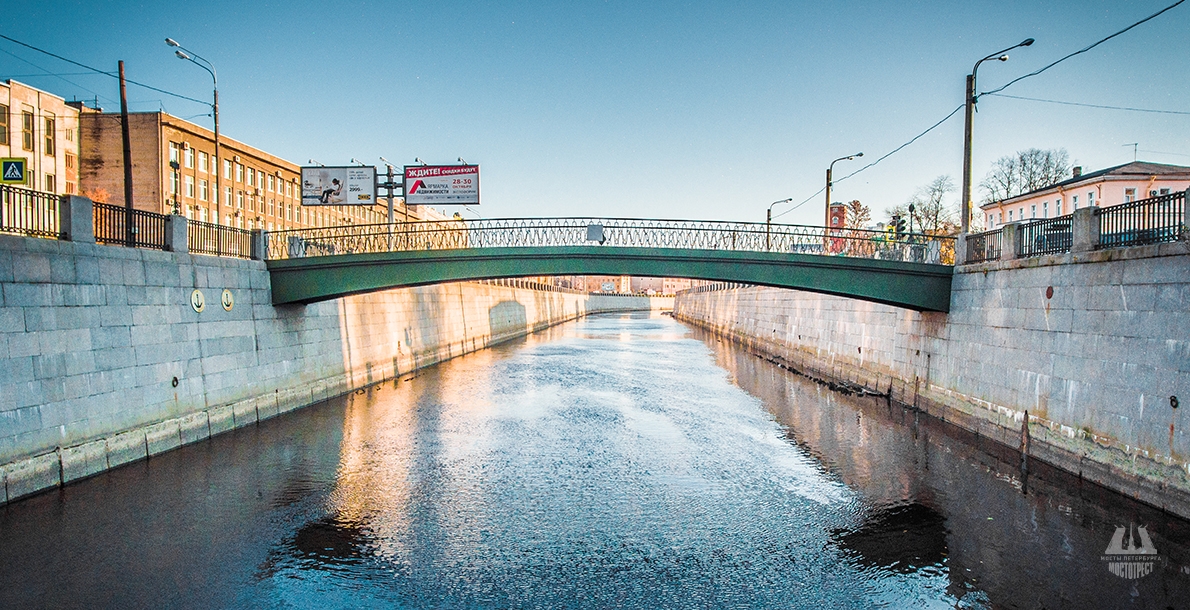 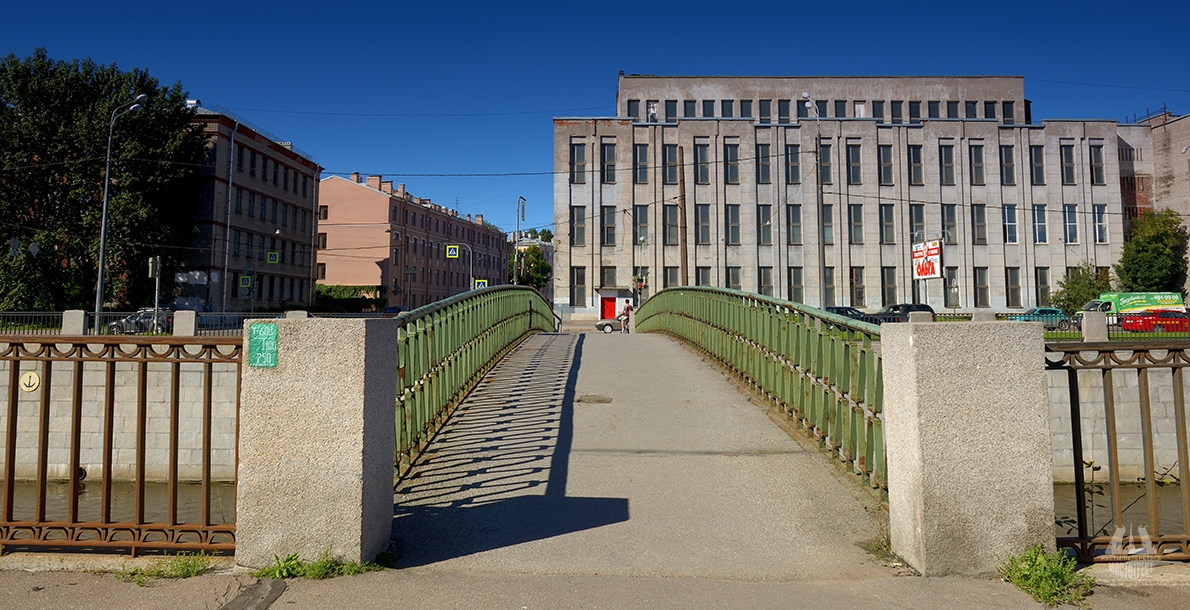 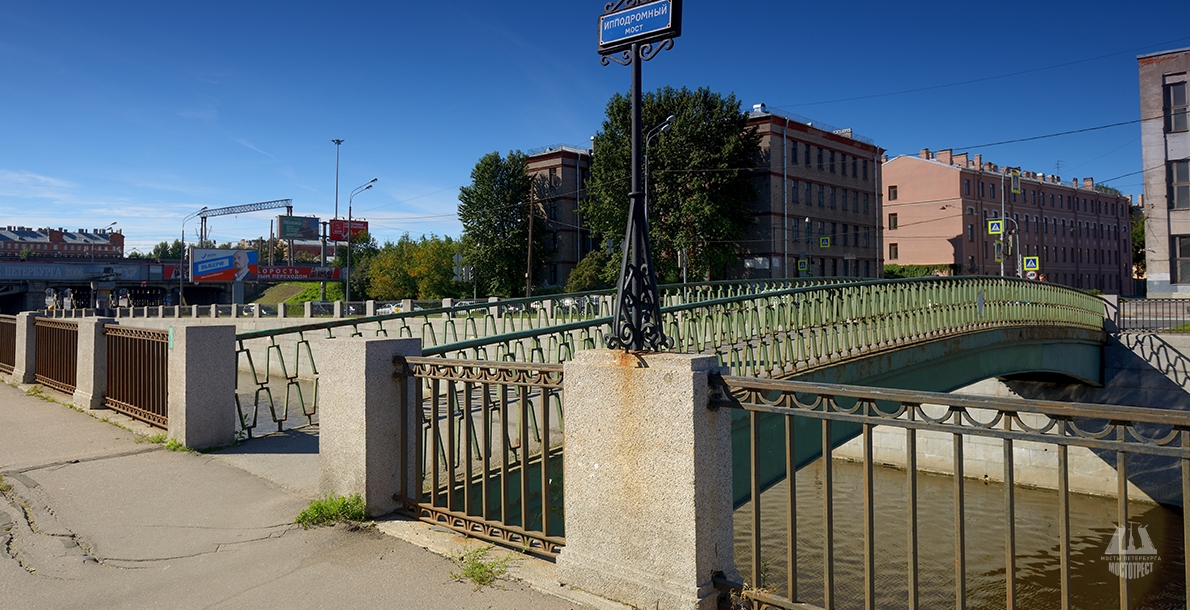 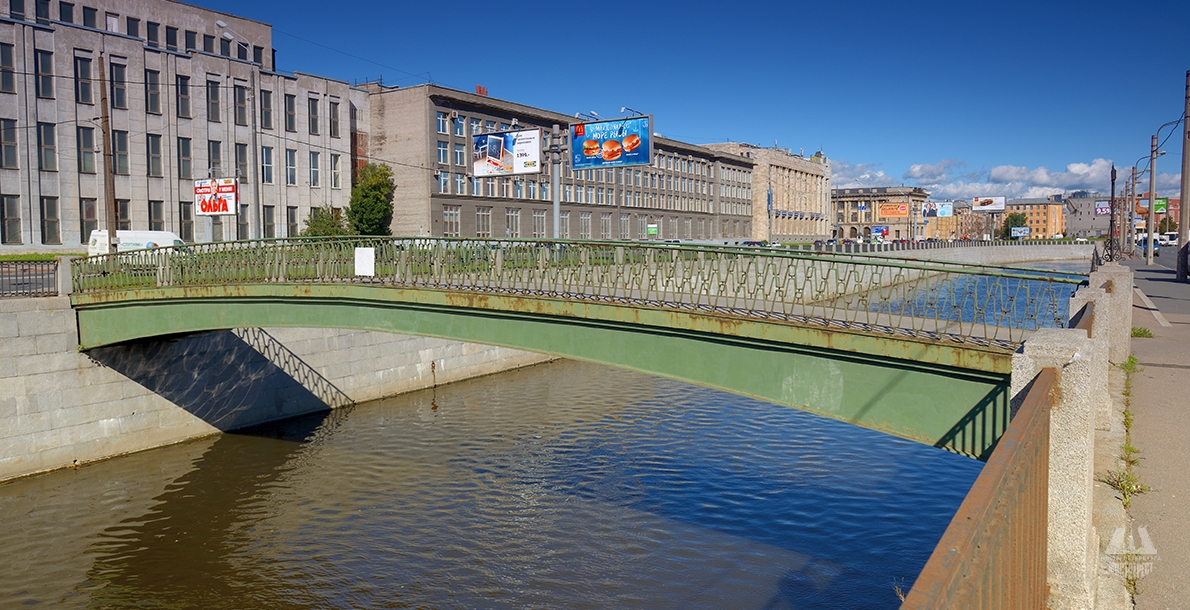 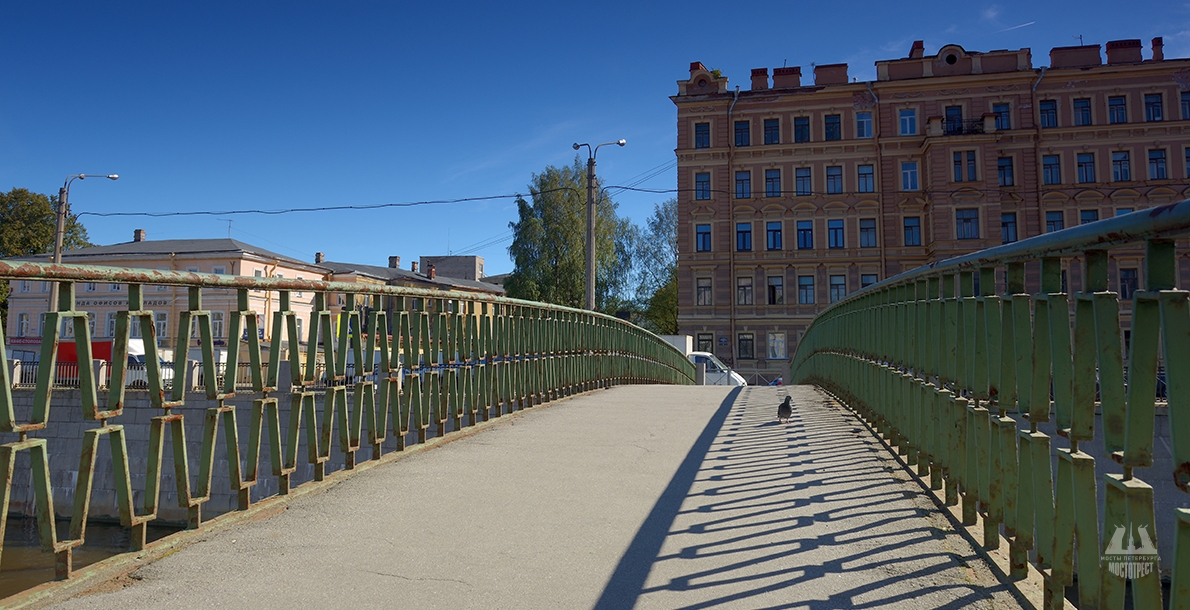 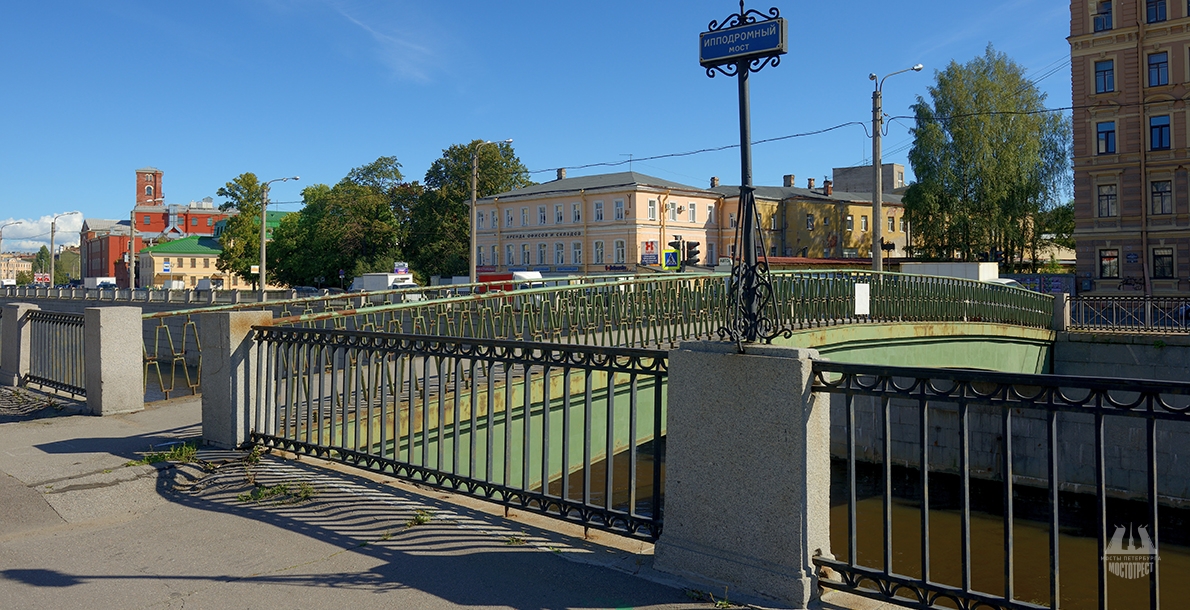 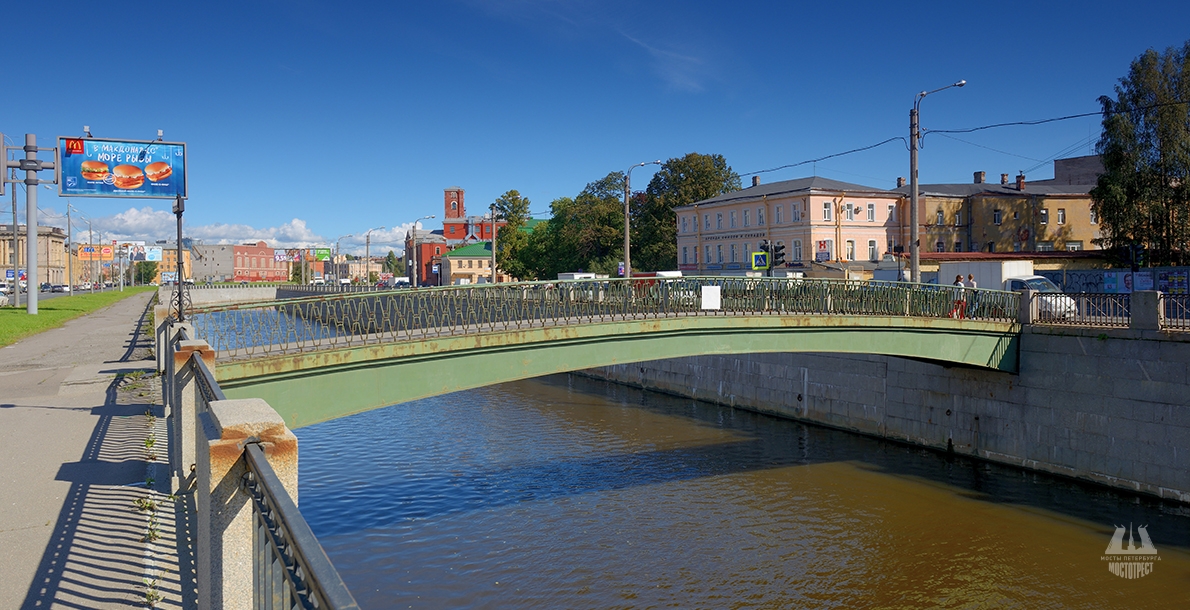 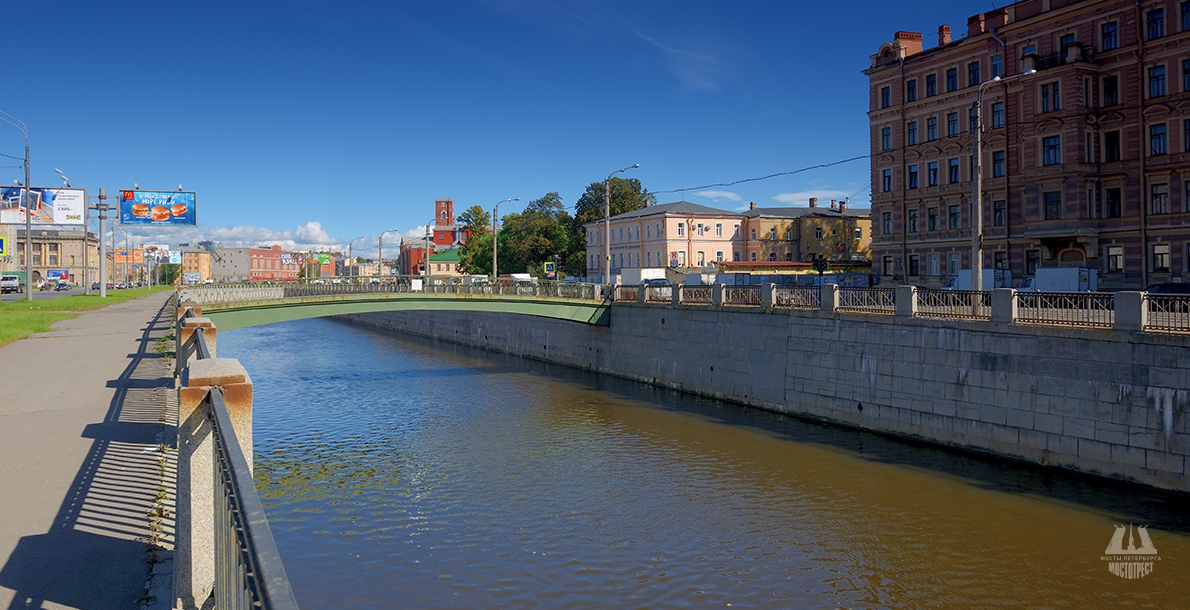 Ippodromny Bridge is a pedestrian bridge across the Obvodny Canal to the east of the Podyezdnoy lane in St. Petersburg. The bridge derived its name from the city race track (hippodrome). This horse arena was built in the late XIX century, and in addition to horse racing, it was famous because one of the first in St. Petersburg football matches was held there. Now it is a large park area, in the centre of which the Theatre of the Young Spectator is located.

In 1944 a three-span wooden pedestrian simple bridge was built there. The bridge length was 32 meters, and its width was 3 meters. A centre span was covered by metal superstructure. The bridge supports were installed on pile foundation.

During the Siege of Leningrad, after a bombing of the city, the race track burnt down. Later the south part of Podyezdnoy Lane lost its exit to the Obvodny Canal. Despite this the crossing was saved. In 1968, under the project of engineers V.I. Feldman and Z.G. Artemyev, Ippodromny Bridge was rebuilt in metal one and fitted for laying of district heating pipes. And now the bridge length is 26.8 meters, and its width is 3 meters.

In 1985-1986 the bridge was rebuilt in single-span metal simple bridge. The bottom chord of the superstructure has a curved shape. Stand lamps with lanterns are installed on the entrances. There is metal railing of a simple pattern on the bridge.

The New Ippodromny Bridge is used not only as a pedestrian crossing. Utilities and district heating pipes are laid inside the construction. The superstructure has a slightly curved contours, and the entrances to the bridge are decorated by stand lamps with lanterns. There is asphaltic concrete covering on the sidewalk of Ippodromny Bridge. There is cast iron railing. Initially, four metal stand lamps were installed on the abutments, but they were dismantled in 2004.

Ippodromny Bridge is rarely included into the tourist routes, since it is far from the city centre and is no different from dozens of similar pedestrian crossings in the city centre. 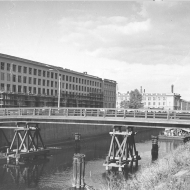