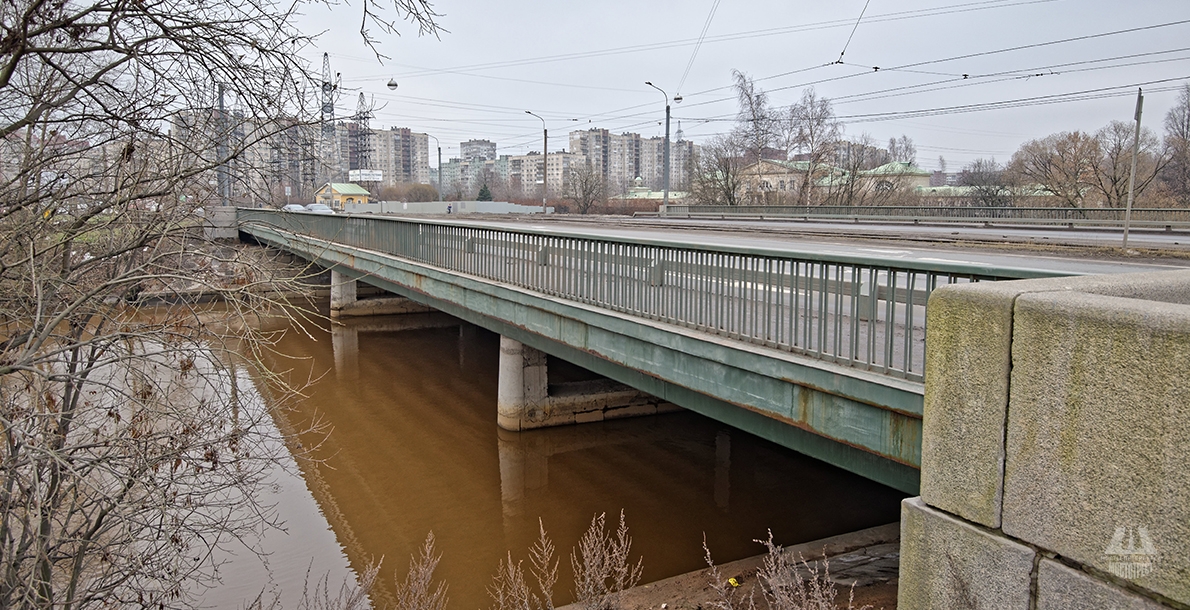 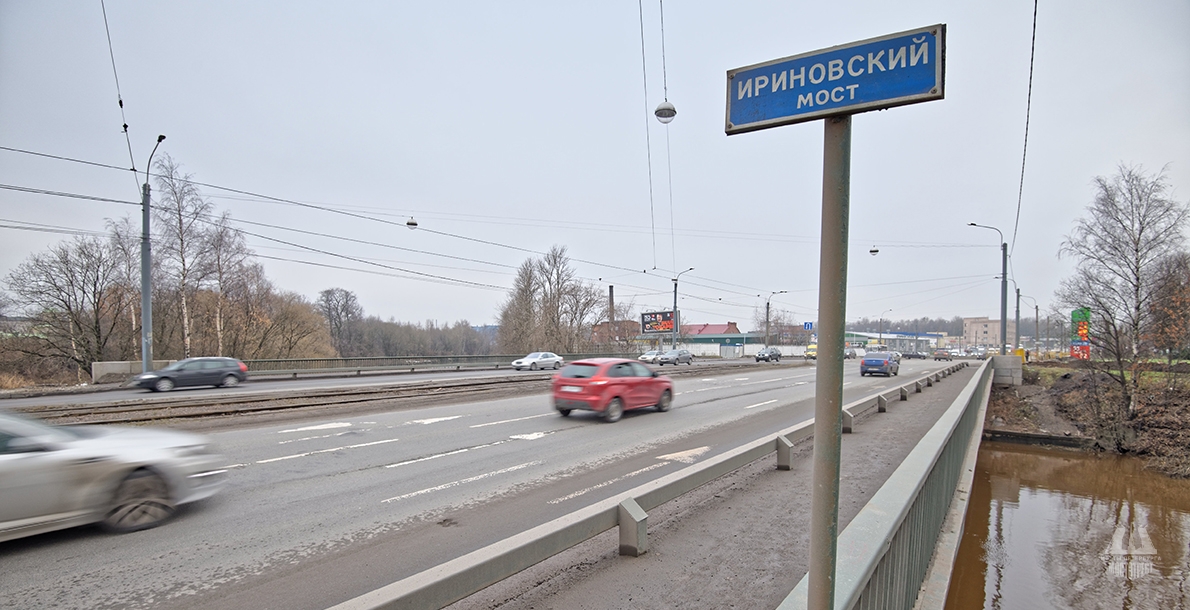 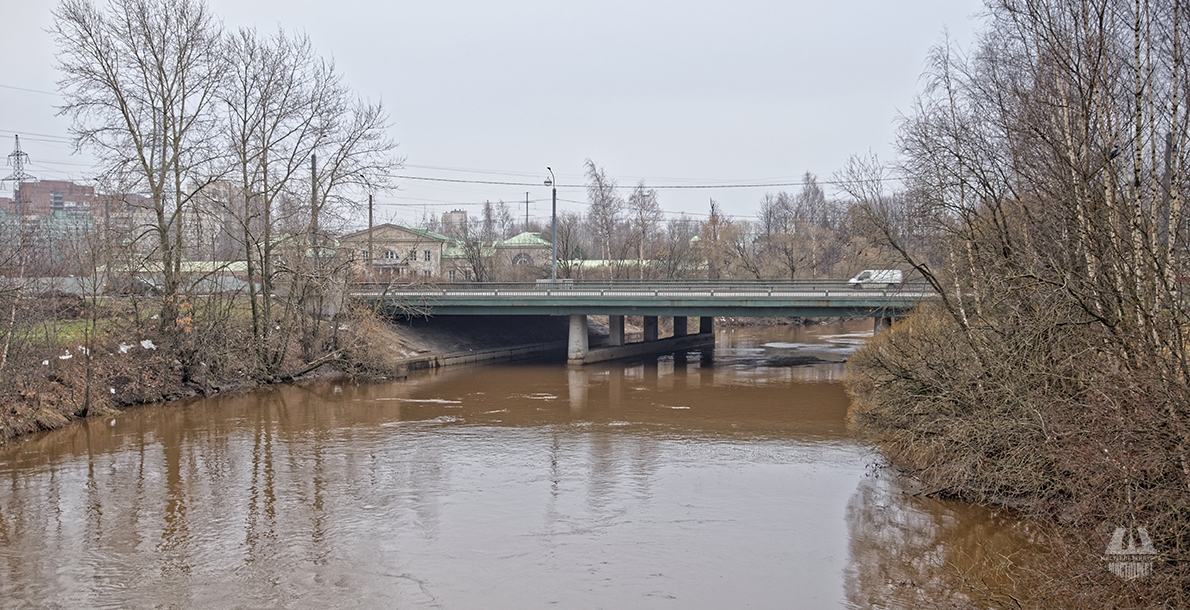 Irinovsky Highway Bridge is a bridge across the Okhta River. The bridge derived its name on November 6, 1997 from the name of Irinovsky Prospect. It was built in 1982-1983 under the project of engineer L.N. Sobolev of Lengiproinzhproject. Until that time, a little way upstream the 1st Okhtinsky Bridge is located which provides for the trams traffic on Rzhevskaya Tram Line. The name of the bridge and the prospect derived their names from the Irinovka village in the suburb of St. Petersburg where peat development began from the end of the XIX century.

This is a three-span reinforced concrete simple bridge. The superstructure consists of precast reinforced concrete I-section blocks with diaphragm plates. Above the intermediate supports these blocks are connected into a single unit both by the length and across the bridge using heavy transverse beams. The same beams are interconnected by roadway slab. Facades are lined with metal sheets. The bridge abutments are massive ones, made of monolithic reinforced concrete on high pile grillage.

Low concrete retaining wall with slopes reinforced with concrete slabs is placed adjacent to the abutments.

The roadway of the bridge allows six lanes for vehicles and 2 tram lines. The roadway is covered with fine-graded asphalt concrete; sidewalks – with sand asphalt. The sidewalk is separated from the roadway with granite curb and metal barrier fencing.

Metal welded railing of a simple pattern with granite parapets at the ends is installed on the bridge. Cantilever lamps placed on the combined metal supports finished decoration of the bridge.

The bridge is designed for the traffic of trams, cars and pedestrians.

The bridge was built by efforts of SU-1 of Trust Lenmostostroy, under the direction of chief engineer G.V. Vasilyev.