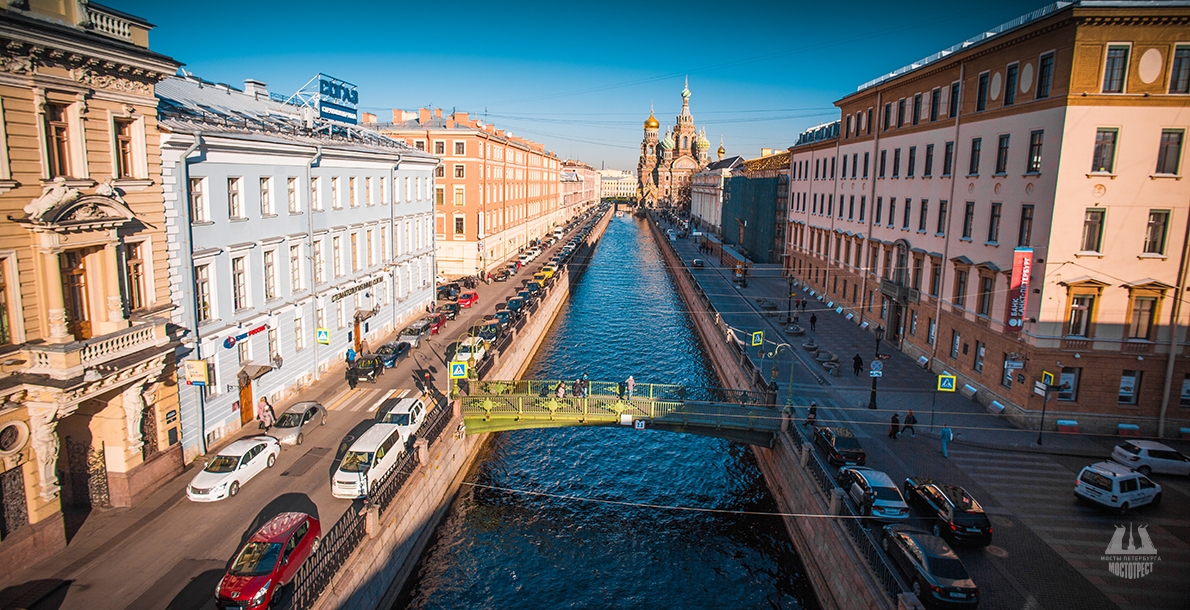 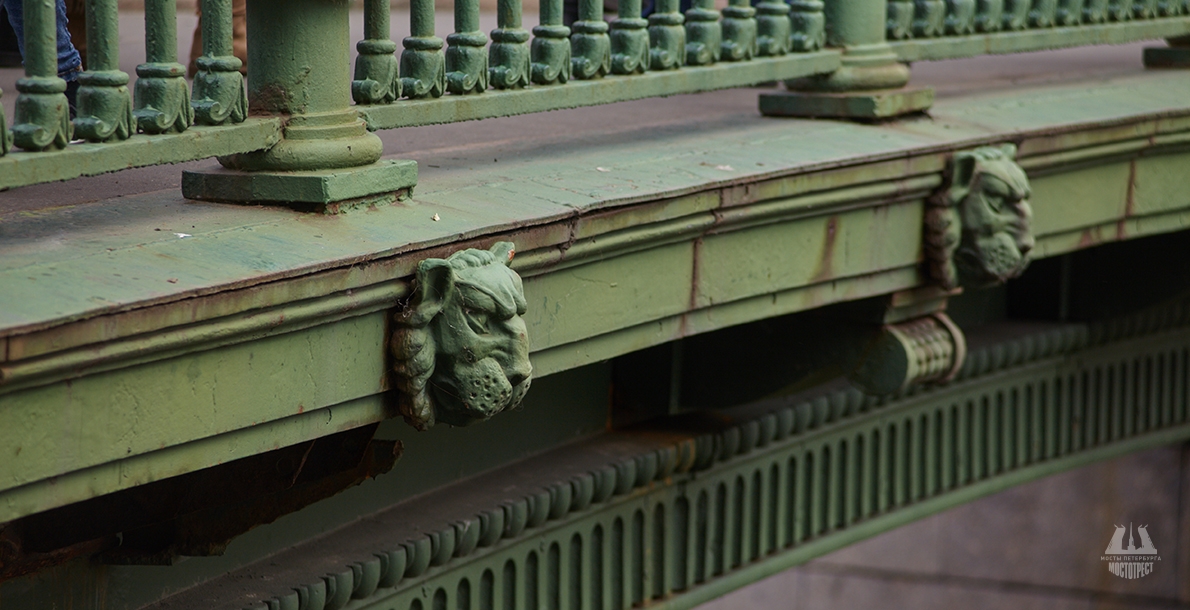 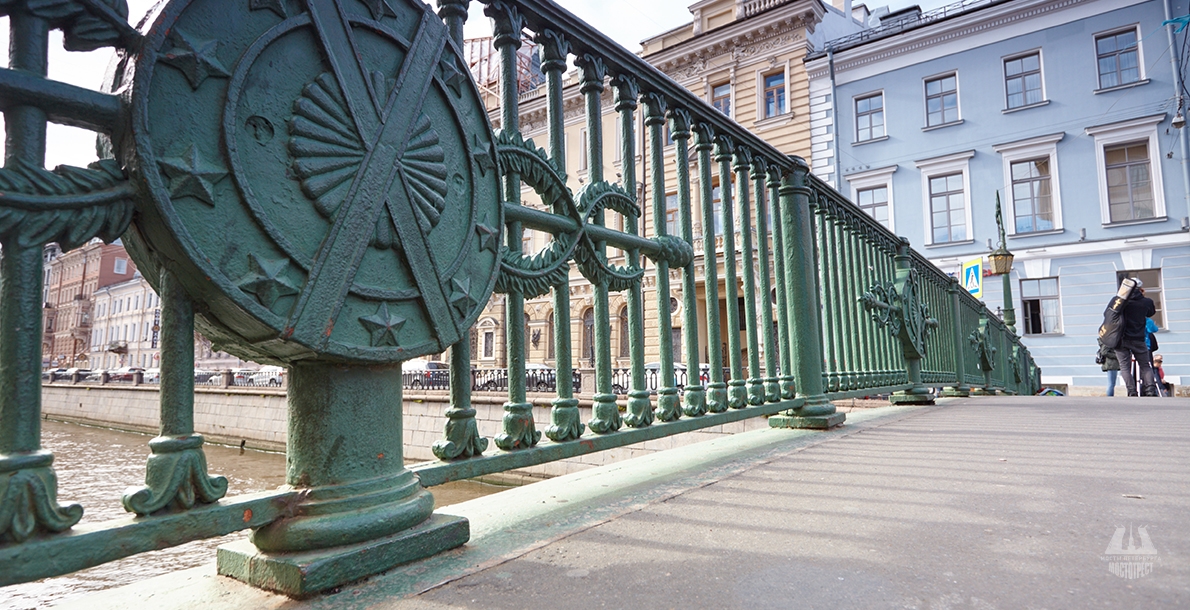 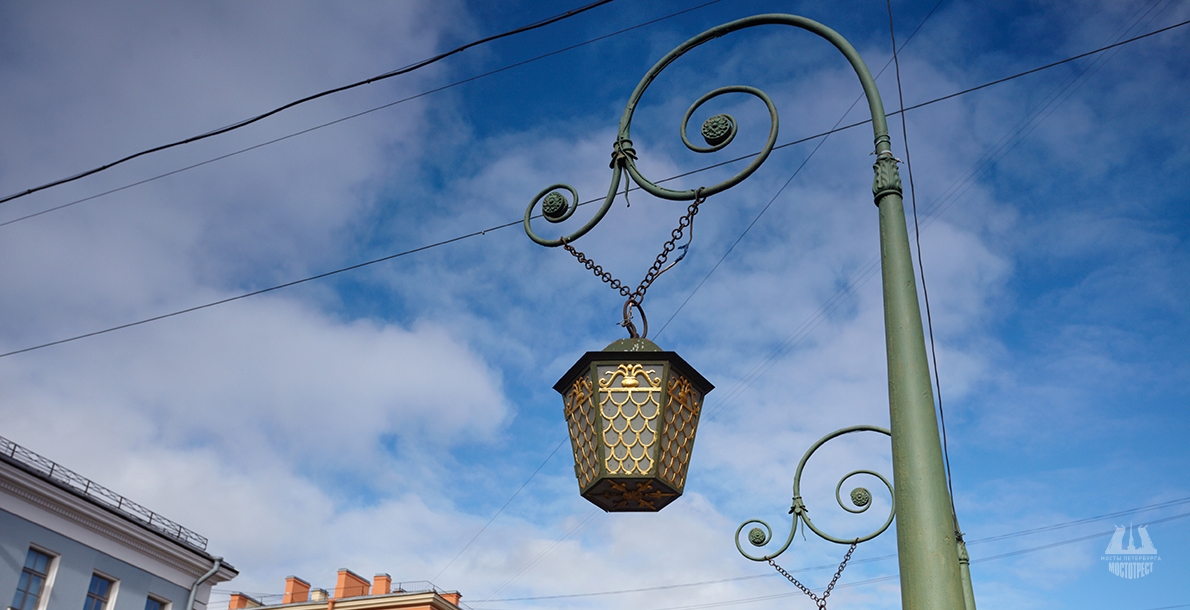 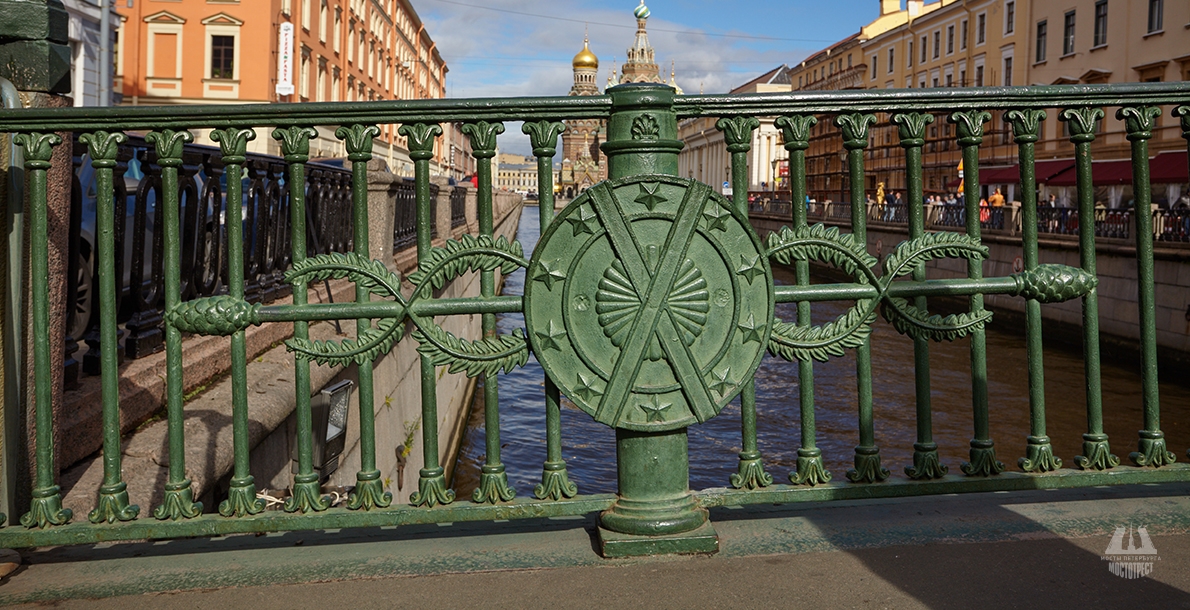 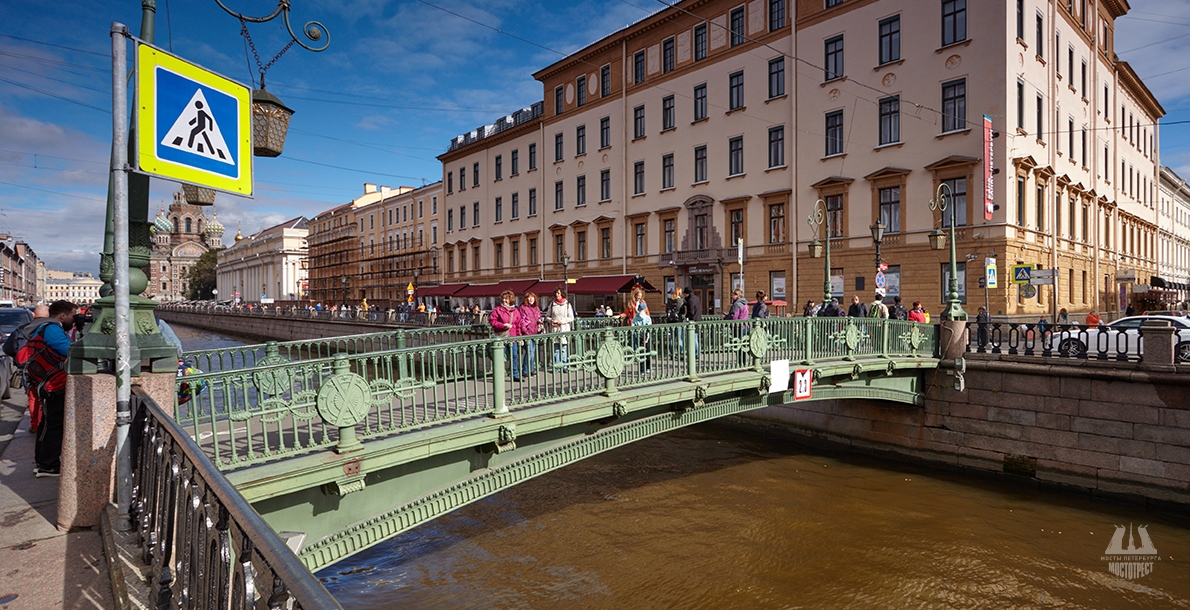 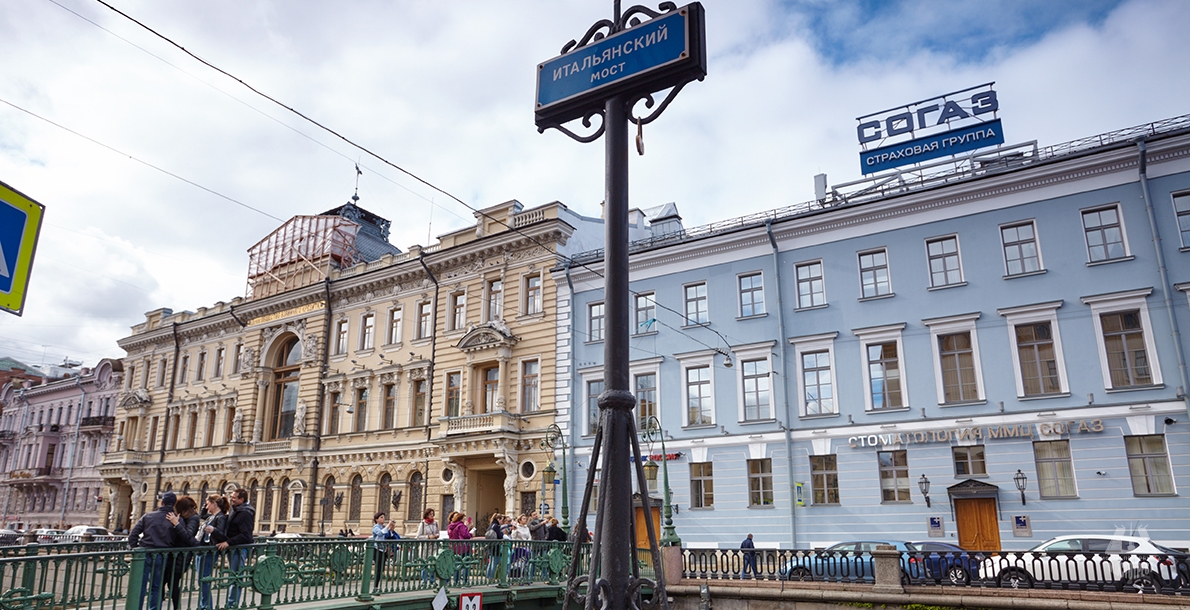 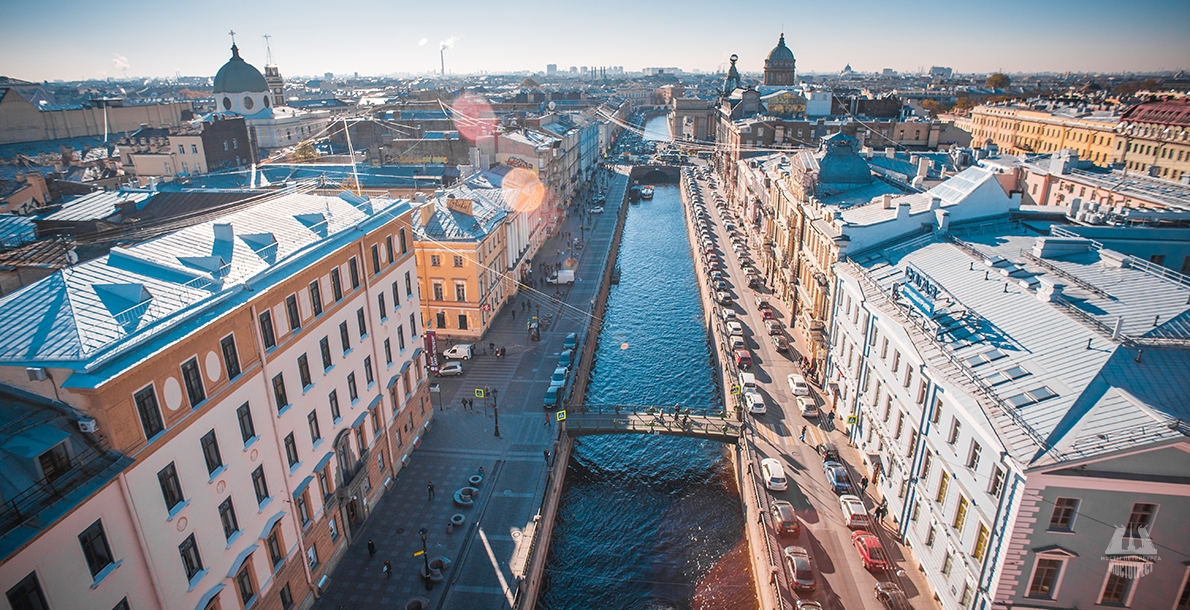 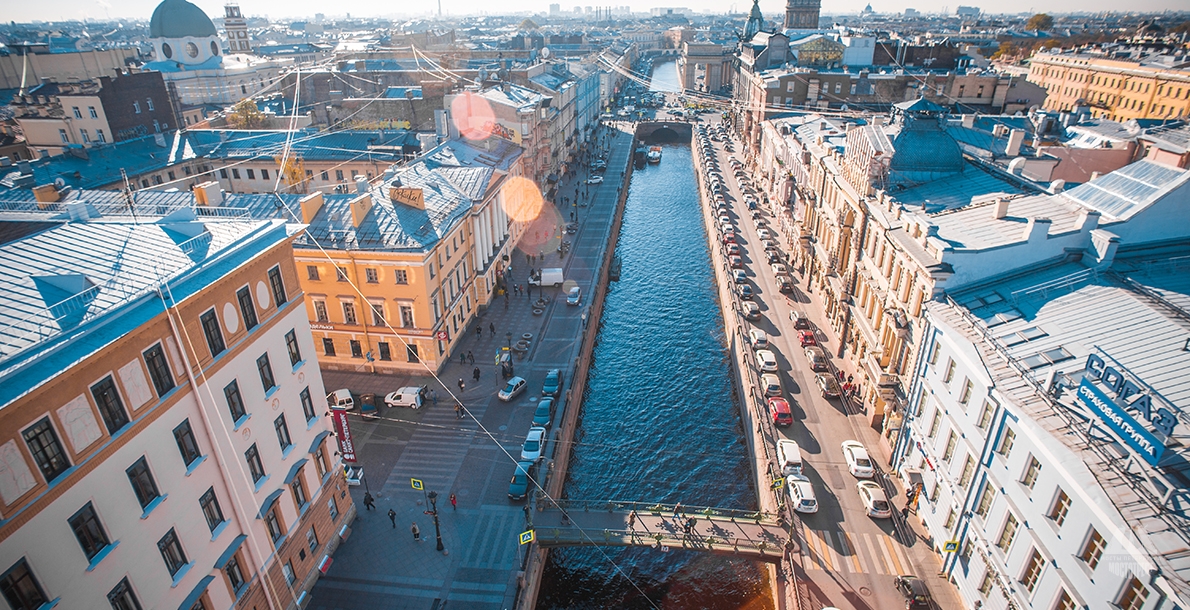 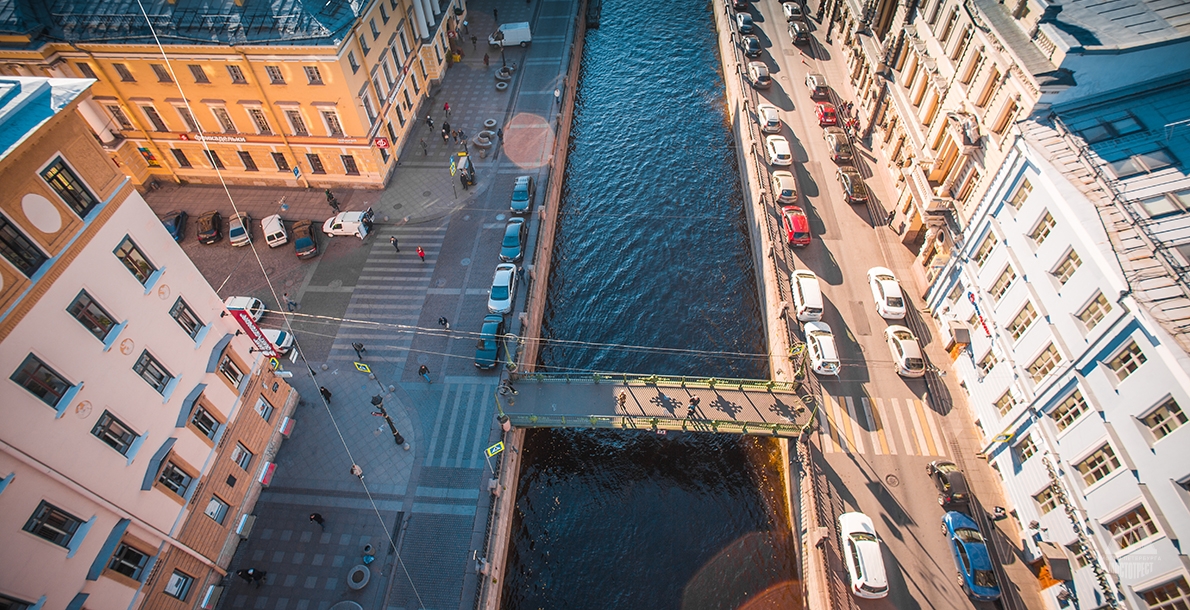 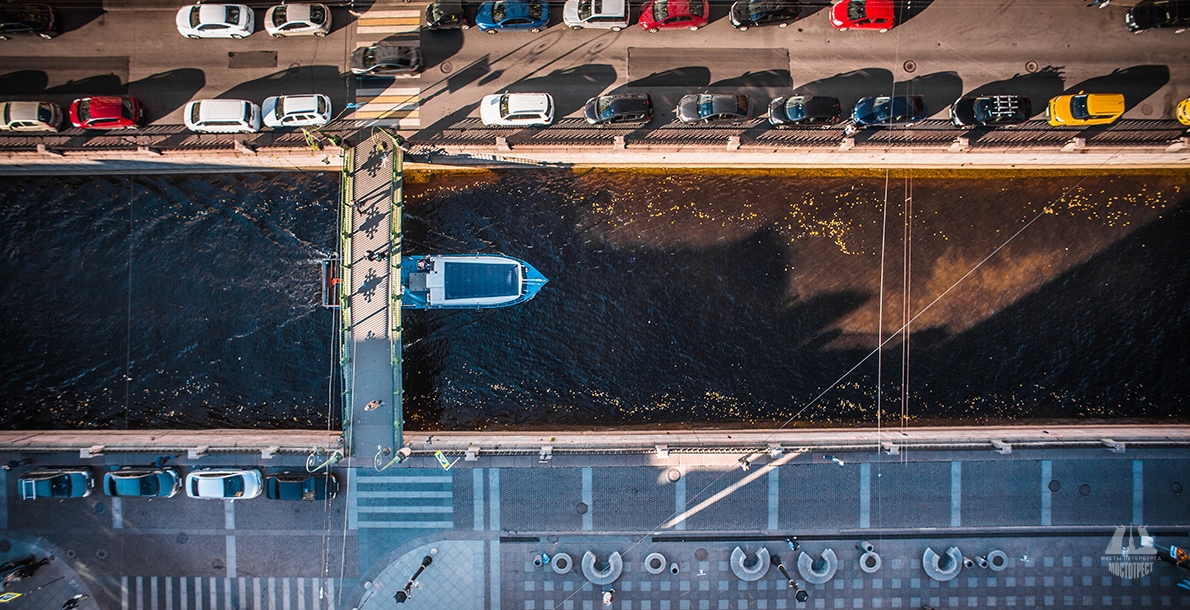 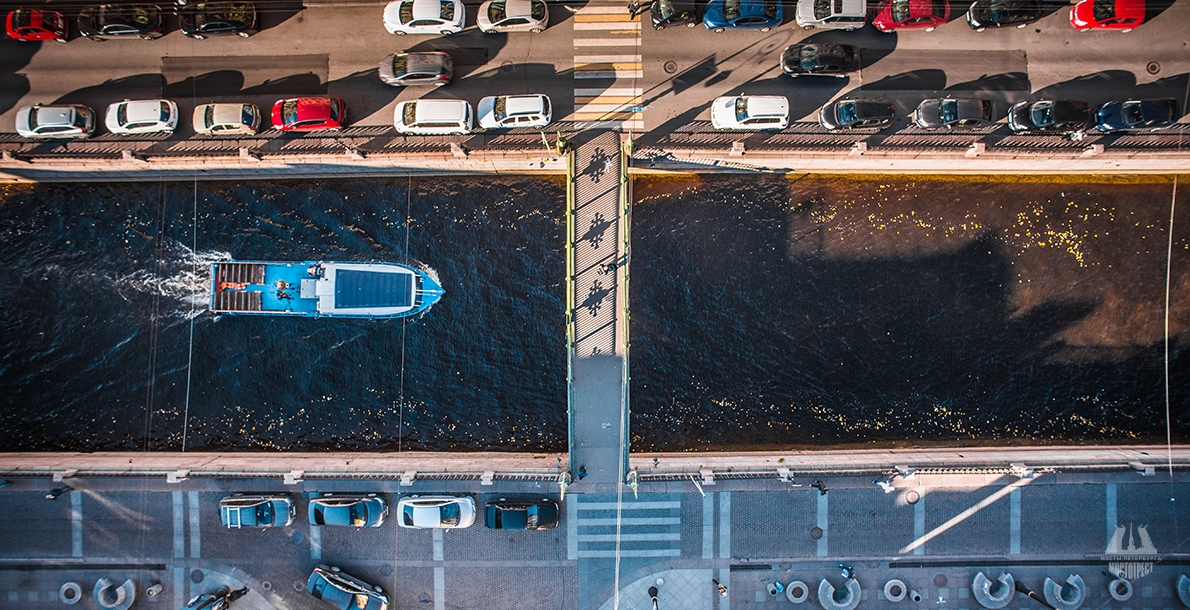 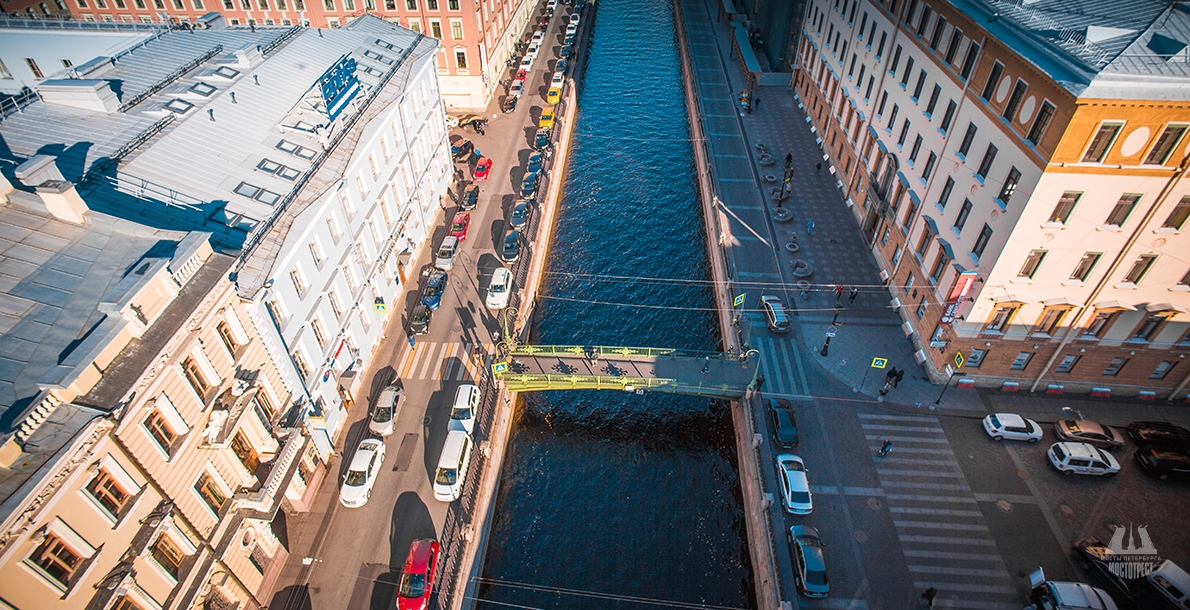 Italian Bridge is a continuation of Italian Street; it is located next to the Church of the Savior on Spilled Blood.

In the 20s of the XVIII century, on the left bank of the Fontanka River (on the site of the present building of the branch of the State Public Library n.a. Saltykov-Shchedrin) the Italian Palace was built. It was intended for the assemblies of nobility of St. Petersburg. It was built following the fashion of Italian entertainment houses, and therefore it was named Italian Palace. Behind the palace, in an easterly direction up to the Znamenskaya (now Vosstaniya) Street, there was a garden with glasshouses and hothouses. It was named Italian too. The streets starting from the palace and garden was named as follows: Bolshaya Italianskaya (now Italianskaya) Street and Malaya Italianskaya (now Zhukovskogo Street). The bridge, in turn, derived its name from the nearby street.

In 1896 engineer L.N. Kolpitsyn suggested to build there a pedestrian crossing, but the Administrative Board of the City didn’t support the project. Despite this, Kolpitsyn at his own expense built a wooden bridge with supports on the granite quays of the channel wall. The bridge deck was elevated above the embankment level of 1.4 meters for easy passage of vessels, stone stairs were built at both ends of the bridge. Kolpitsyn paid 3,000 rubles for the construction of the bridge.

On October 6, 1896 the grand opening of Italian Bridge took place. At the ceremony gratitude for the initiative and the excellent work was expressed in the address of L.N. Kolpitsyn, but not a word was said that it was financed by him.

The city authorities have adopted a new bridge, but refused to compensate engineer funds spent on construction. Kolpitsyn suggested charging a fee for the passage across the bridge and take from passers-by by 1 copeck. But he was denied it too. As a result, the engineer simply gave the bridge to the city.

It was a single-span wooden pedestrian bridge; quay walls served as the abutments of the bridge. The superstructure consisted of a plank-lattice truss with a span of 19.7 m. Stairs to the bridge were built along the quay. The decking was constructed from xylite slabs. In 1902 the bridge was rebuilt under the project of architect K.Bald on replacement xylite slabs of the bridge decking with simple decking of 37 mm boards.

In 1911, under the project of engineer K.V. Efimev, the bridge was rebuilt into a wooden one, but made of timber with strut-framed system on pile supports.

In 1937, in connection with the necessity of laying of two district heating pipes, the bridge was rebuilt again into a wooden one while maintaining the same design.

In 1955 Italian Bridge was rebuilt again under the project of N.D. Gutzeit and V.S. Vasilkovsky. At this time, the quay walls again became its abutments; decking of the crossing was asphalted. The bridge was designed in the style of the second half of the XIX century. Stand lamps with antiquated lights were installed on the four supports. They turned out so well "aged", that in 1993 three of them were stolen, probably to be sold as antiques.

In 1969 architectural details of the bridge were gilded; and in 1996 "Venetian" lights and railings were restored.

In good weather street musicians often play next to Italian Bridge, which makes this place of the city very attractive for quiet and sluggish strolling. 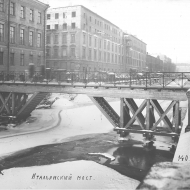 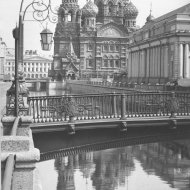 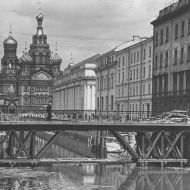 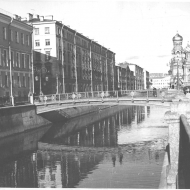