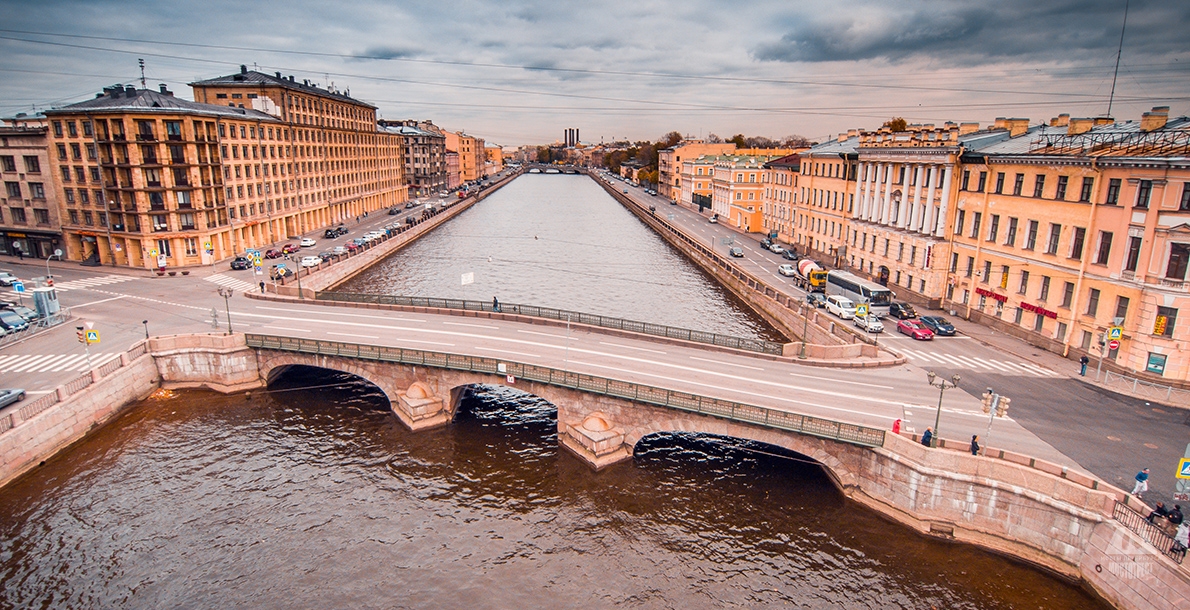 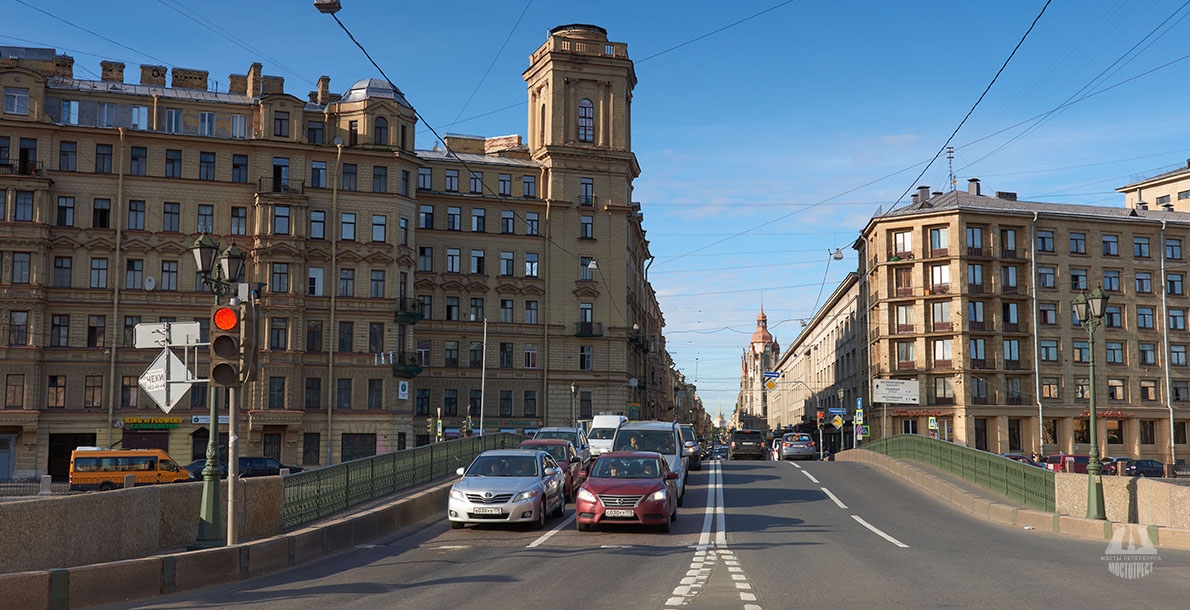 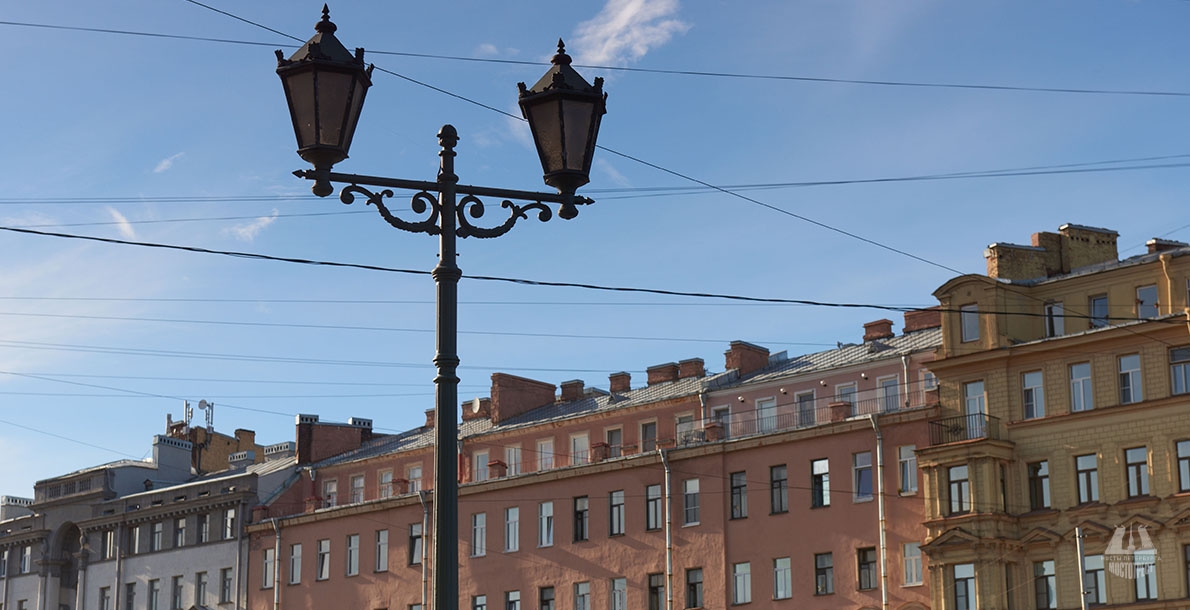 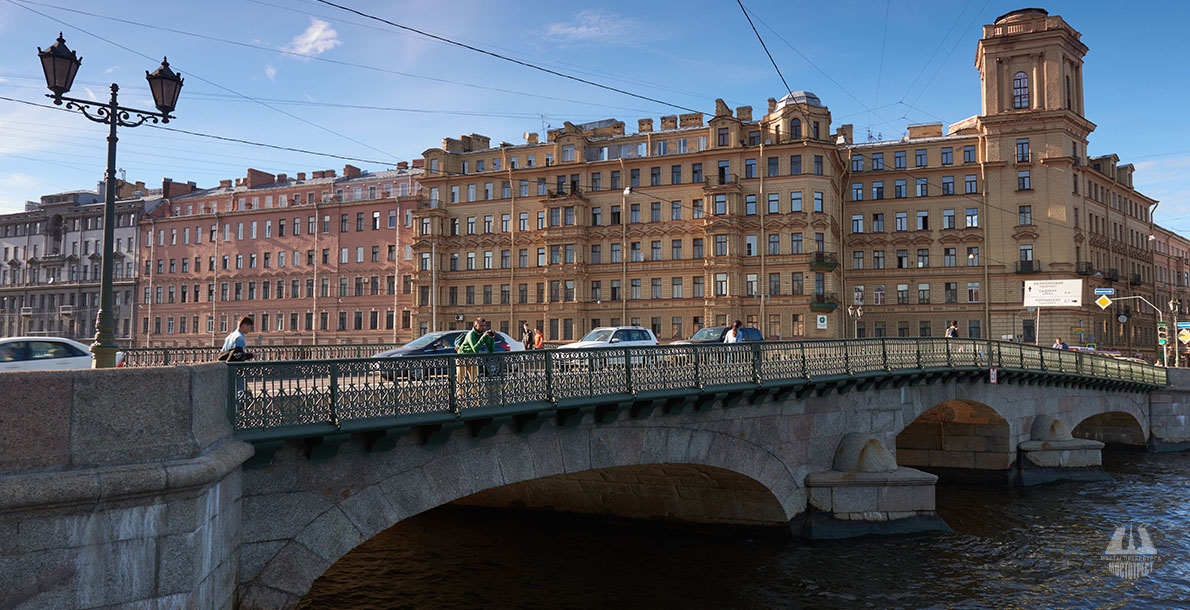 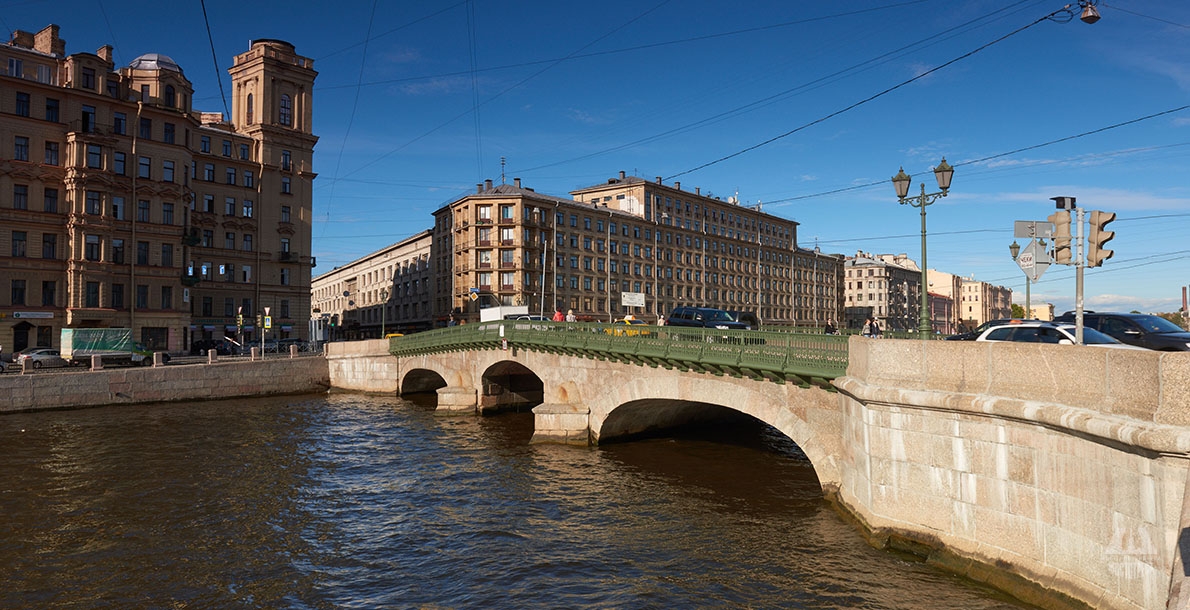 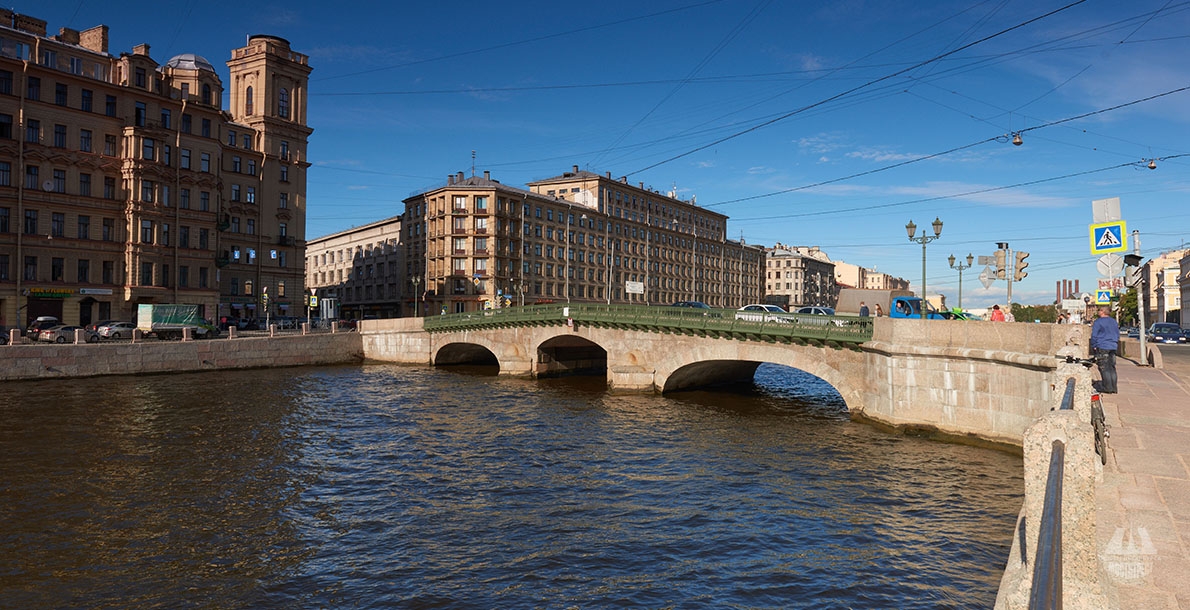 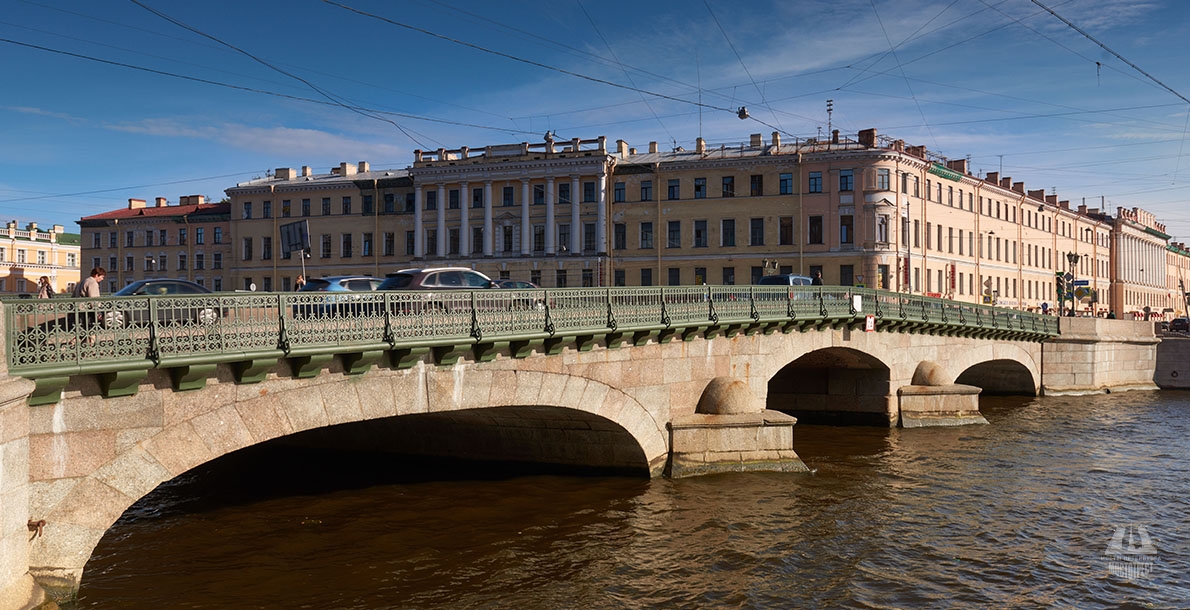 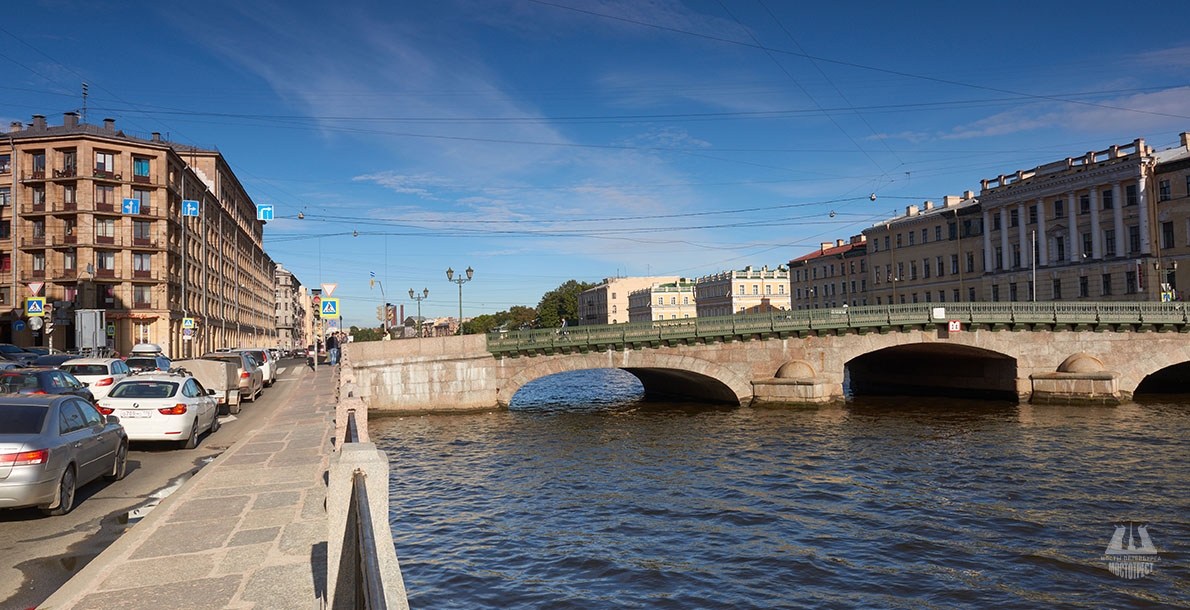 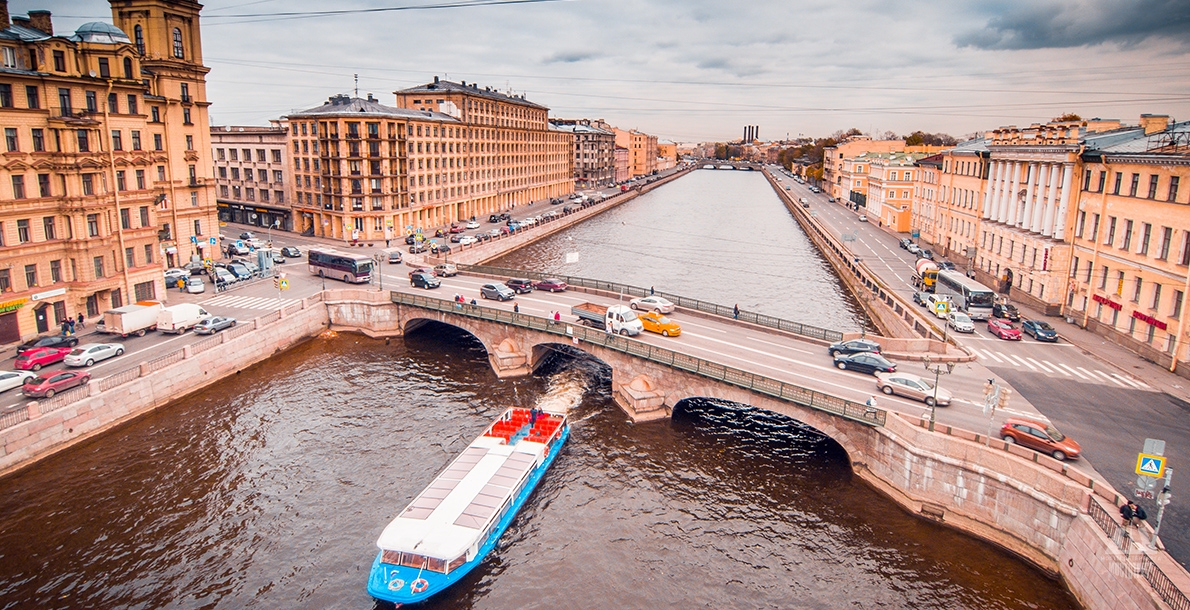 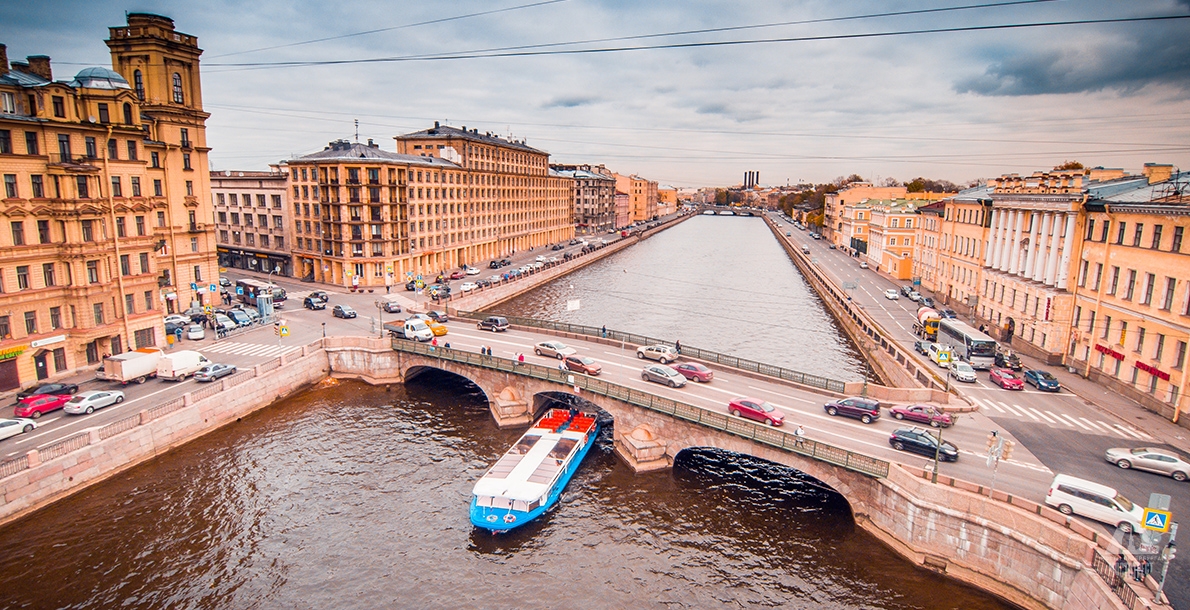 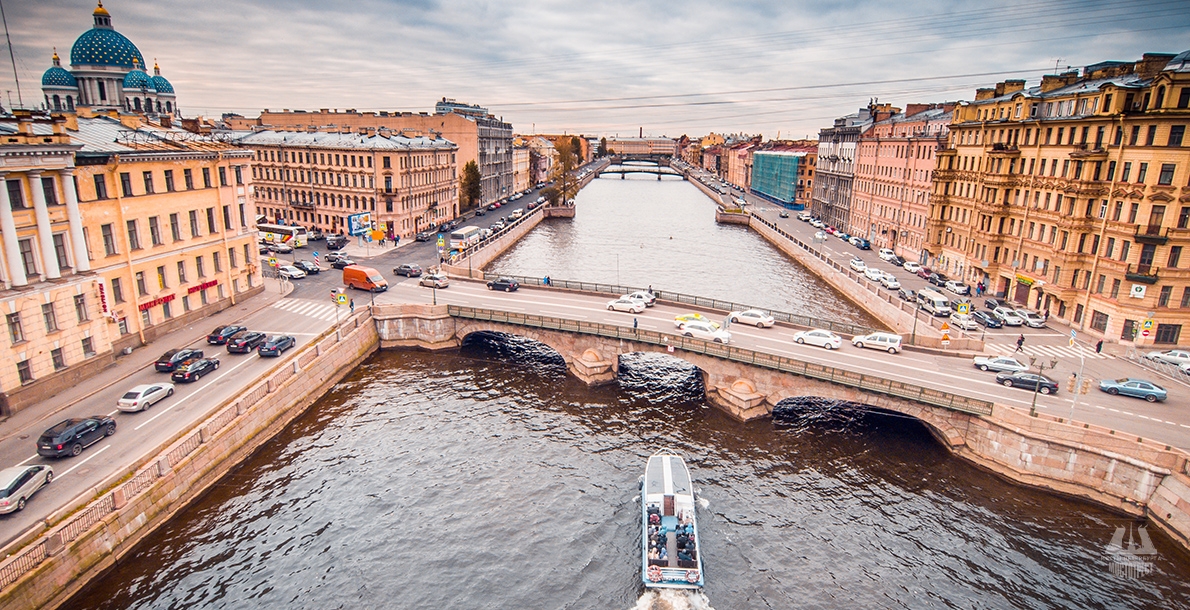 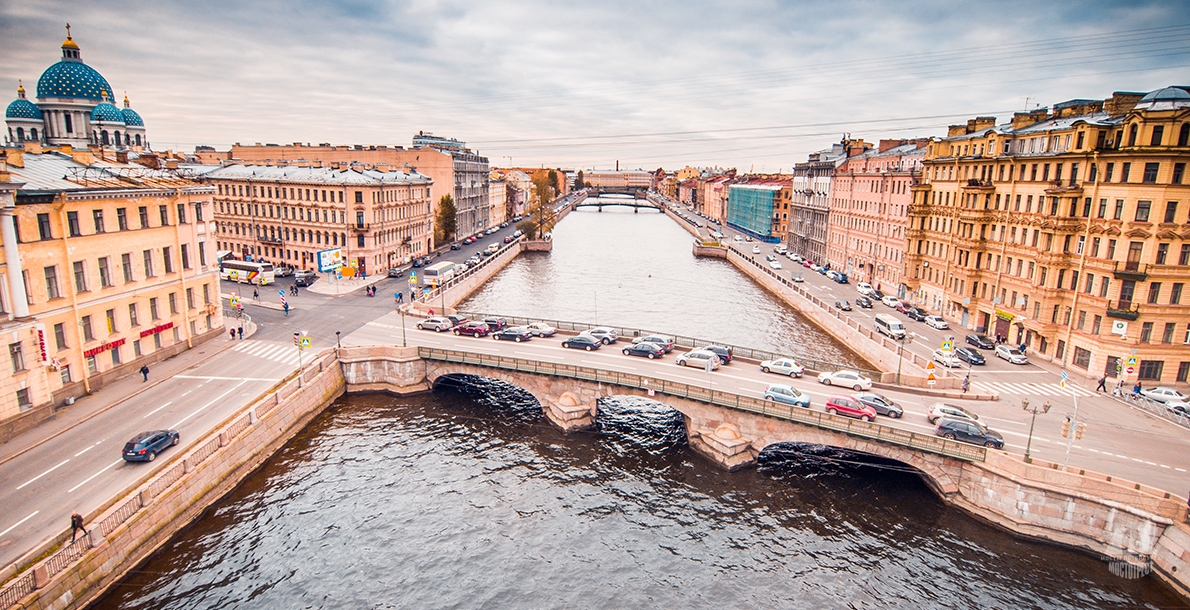 A wooden bridge existed at this place since 1738, but the first construction had nothing in common with its modern look. You can see how it looked in the era of Catherine the Great in the picture of Vorobyov "Petersburg. The Trinity Cathedral" where Izmailovsky Bridge was still decorated with towers is clearly visible.

In the years 1785-1788, during construction of granite embankments on the Fontanka River the bridge was rebuilt in stone one. This is one of the seven tower bridges built under the typical project of bridges over the Fontanka River.

XIX century architecture was greatly influenced by earlier architectural movements, and Izmailovsky Bridge was rebuilt again, and finally has got its present appearance.

In 1861, under the project of engineer, staff captain V.V. Dymann, the bridge was rebuilt with the removal of the superstructure towers and with the replacement of the middle wooden draw span by the solid masonry arches. Symmetrical side spans covered with masonry arches and characteristic forms of ice guards at river piers were kept. Roadway was expanded and fenced by the new forged metal railing of complicated pattern, proposed by architect A.I. Krakau.

At the end of the XIX century near Izmailovsky Bridge ice rink was arranged in winter. A popular attraction among young people was accompanied by music.

Almost one hundred and fifty years, the bridge has not been repaired: in 2008 only, taking into account in what the sad state was this once magnificent construction, the city authorities decided to close it for major repair. During the restoration work hitherto unknown engineering feature was discovered- the iron ropes - ties fixing the masonry construction.

Now Izmailovsky Bridge looks exactly the same as in the era of Alexander II: Petersburgers and visitors passing over it often stop to look at the Fontanka River running under the bridge and get an eyeful of the Trinity Cathedral. 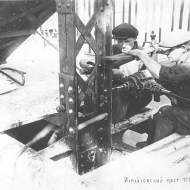 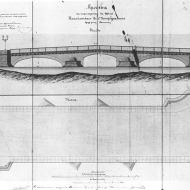 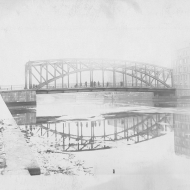 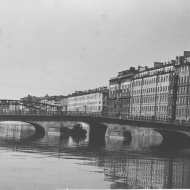 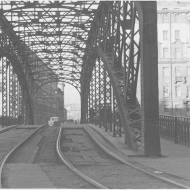 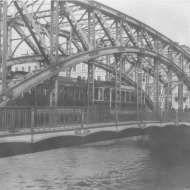 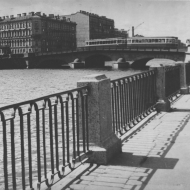 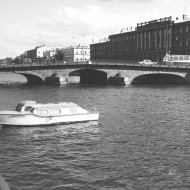 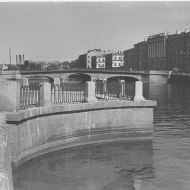 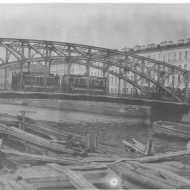 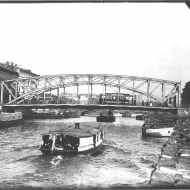