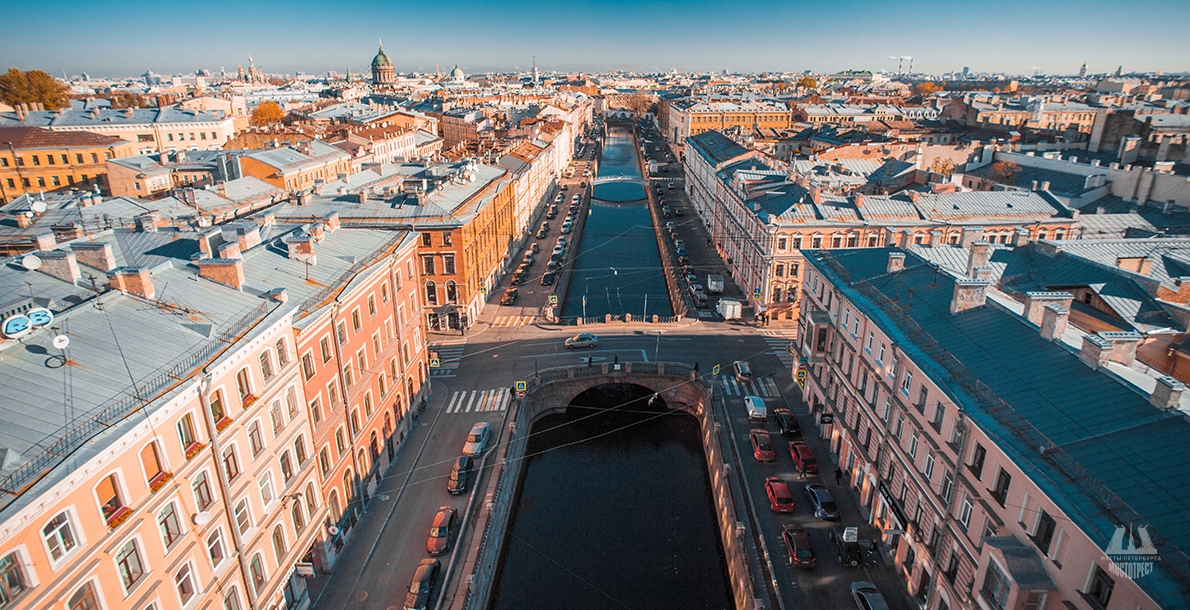 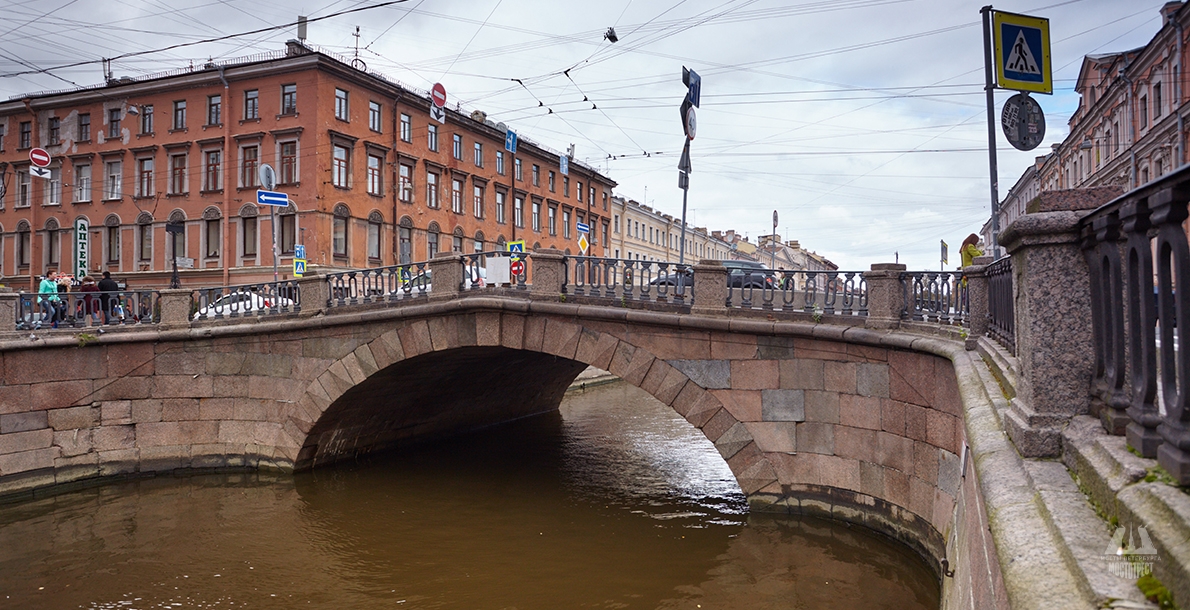 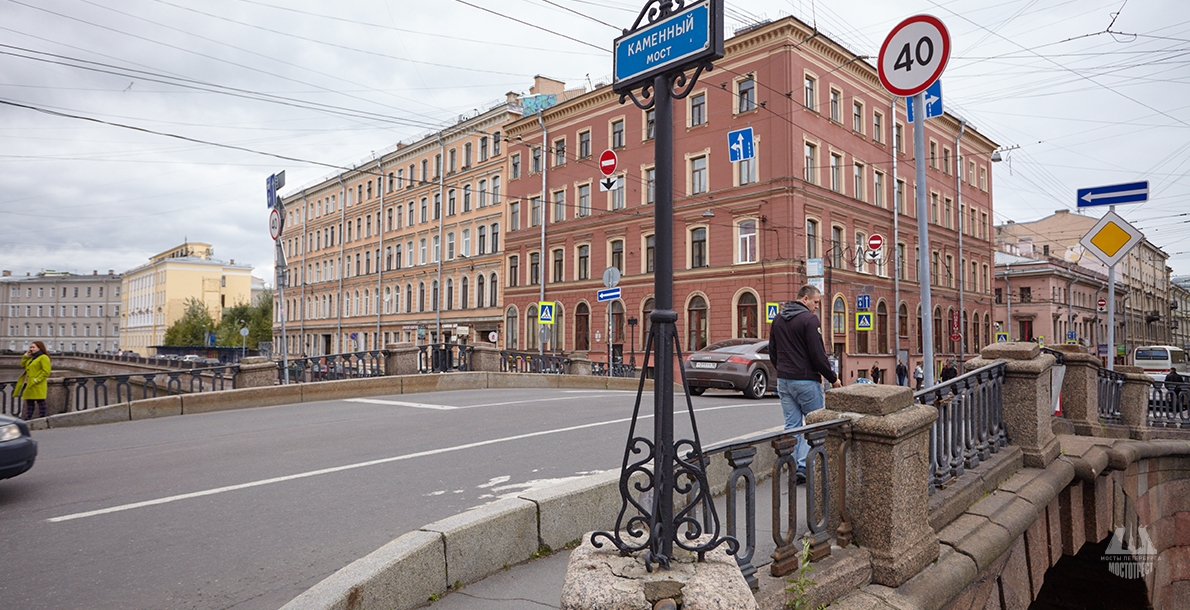 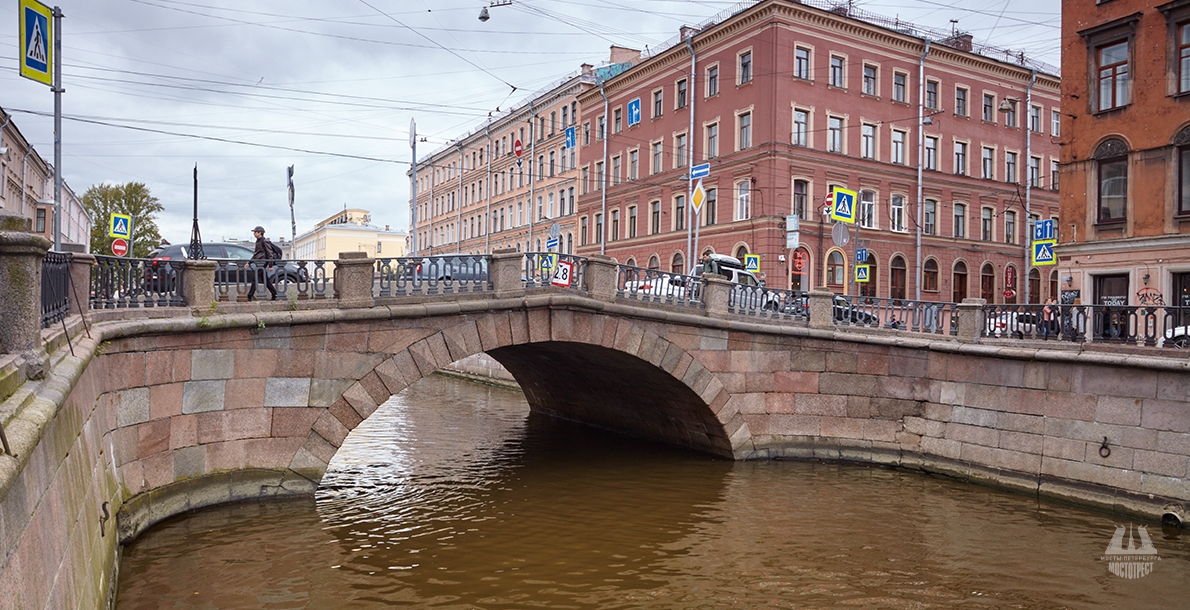 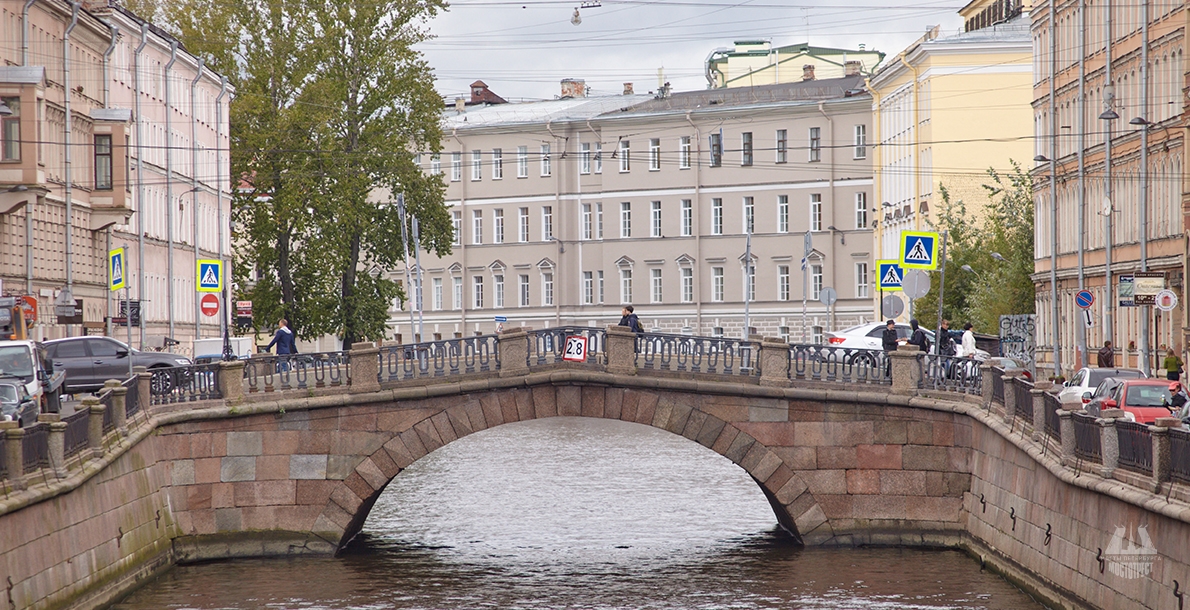 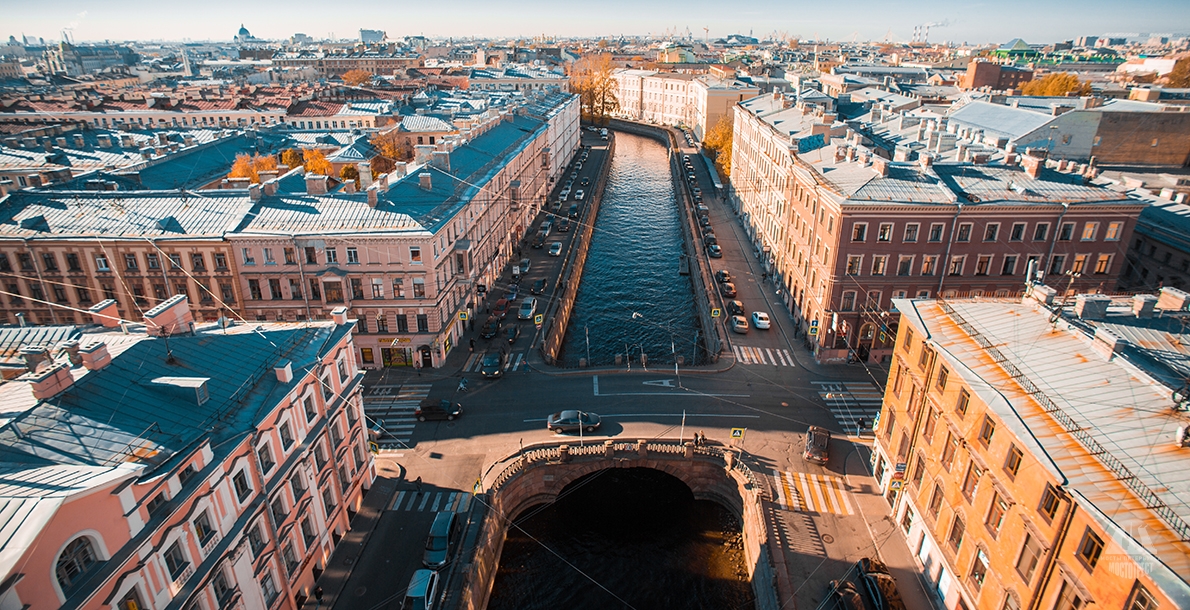 Stone Bridge connects Kazansky Island and Spassky Island over the Griboyedov Canal. The bridge marks the border between Admiralty District and Central District of St. Petersburg.

The bridge is one of the few oldest constructions of such type in St. Petersburg which have not been radically reconstructed. Due to this, the design of Stone Bridge includes a characteristic design feature of bridge building of the XVIII century - a fairly steep curve of the structure, often found in the arched stone structures of the time.

In 1739 there was a wooden pile crossing named the Middle bridge (after the street name).

Permanent stone bridge designed by the engineer V.Nazimov has been built from 1767, and its construction was completed in 1776. This is a single-span arched bridge. The superstructure is a solid vault of parabolic shape; facades are faced with granite.

Pedestrian railing installed on the bridge refers to the railing type of Griboyedov Canal embankment: cast iron balusters with a metal handrail and granite bollards. Arches, like soaring over the canal, are faithful reproduction of the embankment railing, simple in design and do not change the fundamentals of the architectural character. This architectural concept further emphasizes pre-existing four semicircular stair descents on the sidewalk of the embankment. In the last quarter of the ХIХ century descents were dismantled and steepness of entrances to the bridge was reduced.

There is an asphalt-concrete pavement on the bridge. The sidewalk is separated from the roadway with granite curb.

Despite the fact that in St. Petersburg there are several stone bridges to this day, the only bridge across the Griboyedov Canal is named Stone Bridge. Perhaps, it comes from the fact that this construction became the first stone bridge in the city and until the time only wooden bridges were built. Maybe the bridge got its eloquent name because its shape particularly convincing disclosed individual beauty of masonry.

In 1988 high granite curb was installed on the bridge.

Stone bridge guarded today by the state as a valuable monument of architecture of XVIII century could not survive to the present time. In 1880 it nearly fell victim to a conspiracy of the Revolutionary Society "Narodnaya Volya", when during the preparation of the attempt on the life of Emperor Alexander II, dynamite was laid under Stone Bridge. It had to blow up at the moment when sovereign carriage will cross the bridge. Fortunately, the bridge was not destroyed, as members of “Narodnaya Volya” were not sure that the explosives laid enough for its deadly collapse. However, the Tsar was killed on the embankment of the same canal, and the bridge still exists. A bomb planted under the bridge was 7 pounds of dynamite in four gutta-percha pillows. It was found at the bottom of the channel in the spring of 1881, during the investigation of the "Case of the sixteen" when Alexander II was already dead.

Another interesting fact from the history of Stone Bridge was the fact that at the beginning of the XX century, when the first buses appeared in St. Petersburg, the bridge entrances were a difficult obstacle for these vehicles because they were too steep. It came even to the point that in the rush hour conductors had to ask the passengers to get out and cross the bridge on foot. Only then unloaded vehicle could climb the difficult gradient. On the bridge, passengers again took their places, and the bus continued its way along Gorokhovaya Street moving down the slope. 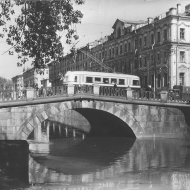 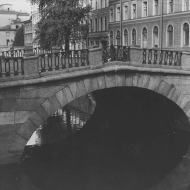 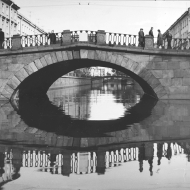