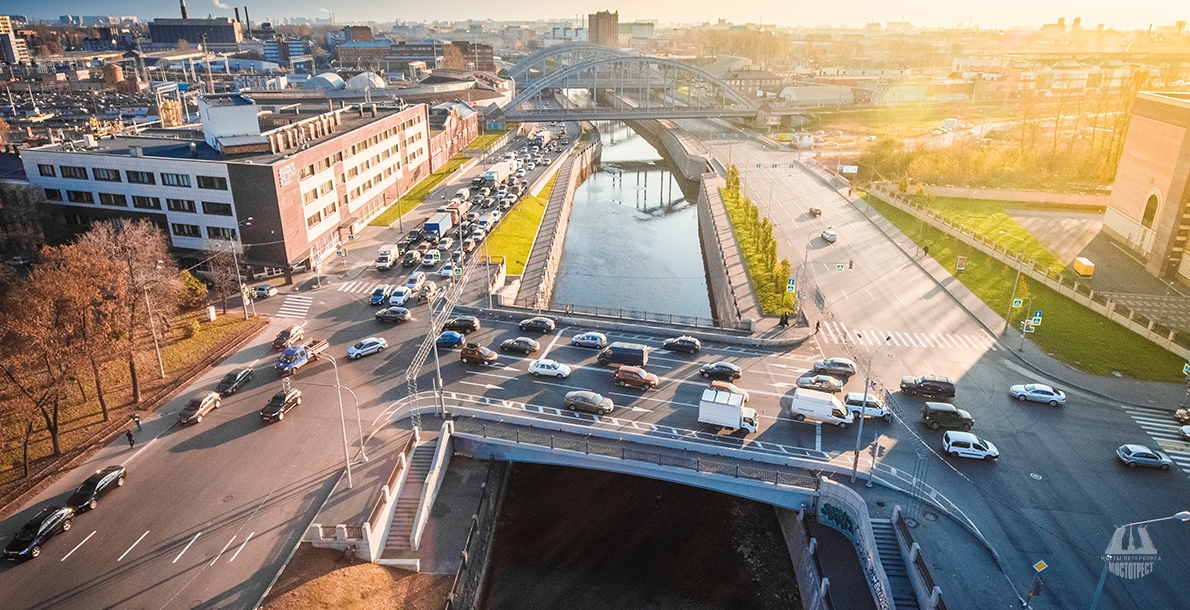 The bridge construction was the beginning of the reconstruction of the Obvodny Canal embankments under American bridges. Its construction started in June-July 2009 under the project of engineer Elena Samuseva of Inzhtekhnologii, LLC. The bridge is a single-span reinforced concrete structure. The general contractor is Mostostroy No.6, OJSC, the construction company is MBM, LLC.

On November 21, 2011 the grand opening of Dnepropetrovsky Bridge took place.

St. Petersburg Toponymical Commission proposed the name Karetny to the bridge, because they considered the name Dnepropetrovsky "uninteresting". The new name is connected with Karetnaya part - the historic estate which was located in this place. The administration of Frunzensky District of St. Petersburg supported the Commission's proposal. On July 27, 2012 the name Karetny was officially given to the bridge.

In 2014 a two-way vehicular traffic was organized on Karetny Bridge. The decision was made in order to optimize the distribution of traffic flows and reduce the traffic load on one-way Predtechensky Bridge which is located less than 300 meters from Karetny Bridge. Both crossings are important transport arteries connecting Central and Frunzensky districts of St. Petersburg.

It is expected that up to 2020 Karetnaya metro station will be built right next to Karetny Bridge coach (interchange station to the Obvodny Canal station).