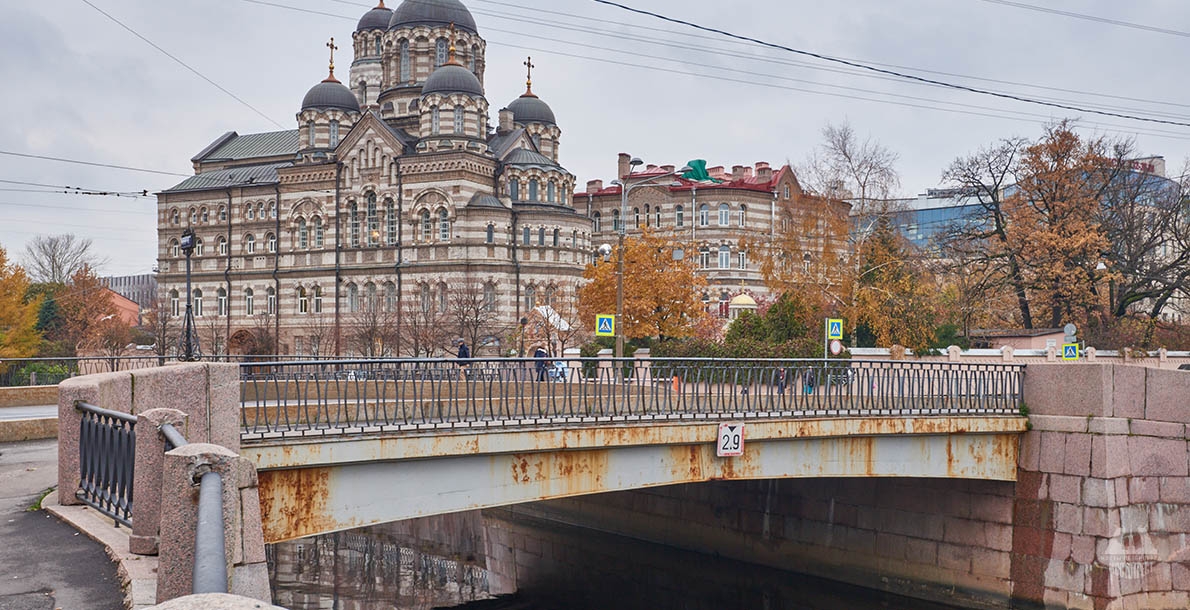 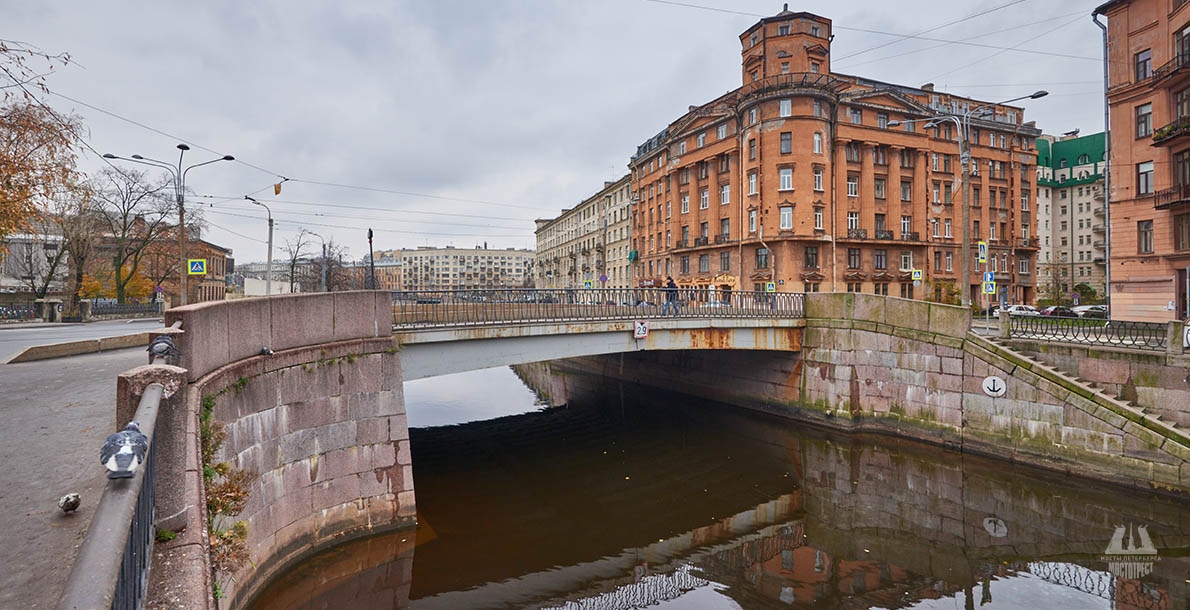 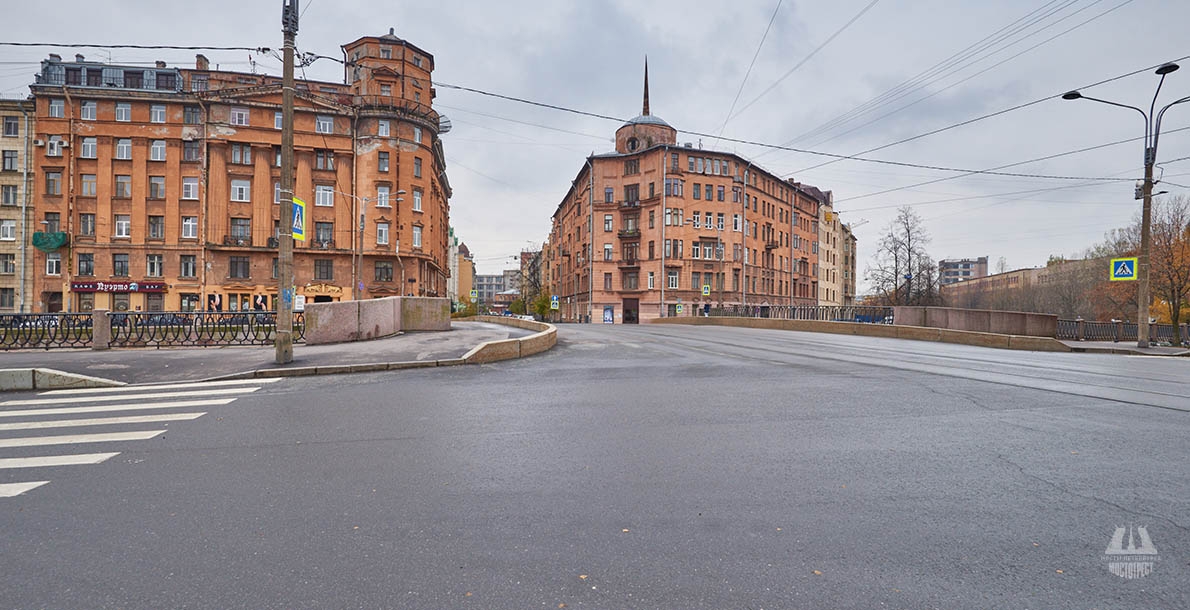 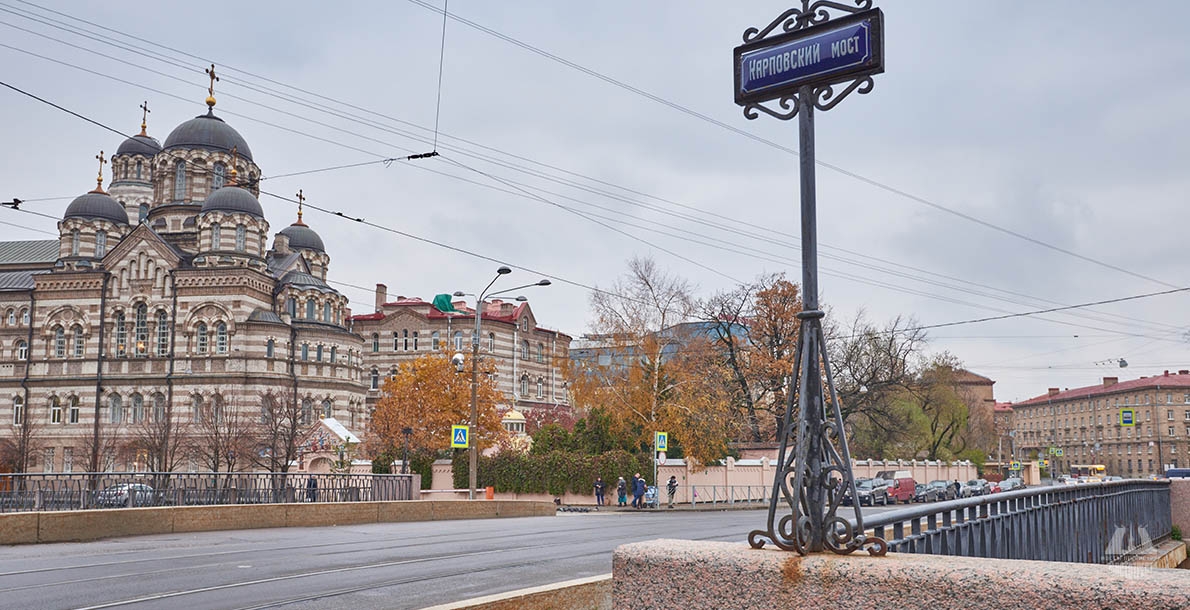 In opinion of historians, the name ‘Karpovka’ appeared as a result of incorrect pronunciation of Finnish name of this river, Korpiyoka, which is translated in two ways: ‘Forest River’ or ‘Raven River’.

The bridge got its name from the name of river; it was built in 1950 under the project of engineer V.V. Blazhevich. The bridge is a three-span metallic simple bridge with wooden roadway and wooden railing. Bridge supports are piled, made of metallic tubes integrated by metallic caps. The bridge length is 32.4 meters, and its width is 17.2 meters.

The bridge was constructed, first of all, due to tram traffic relocation from Kamennoostrovsky Prospect to Vyazemsky Pereulok. For that moment, it was temporary crossing for car transports and trams.

In 1986-1989 the bridge was reconstructed to single-span concrete frame system bridge under the project by Engineer Brudno B.N. The superstructure of modern bridge represents three-hinged frame of precast reinforced concrete T-section blocks with curved outline of the bottom chord, concrete slabs in roadway and metallic facade plates.

The bridge abutments are massive reinforced concrete ones on pile foundation and faced with granite.

Metallic railing with granite parapets above the abutments is installed on the bridge. The roadway and sidewalks has an asphalt concrete pavement. The roadway is separated from the curb by parapet railing.

Ioann's Stavropegial Convent, built in the beginning of 19th century, and Saint-Petersburg Toys Museum created in 1997, the first private city museum, are located close to the bridge.