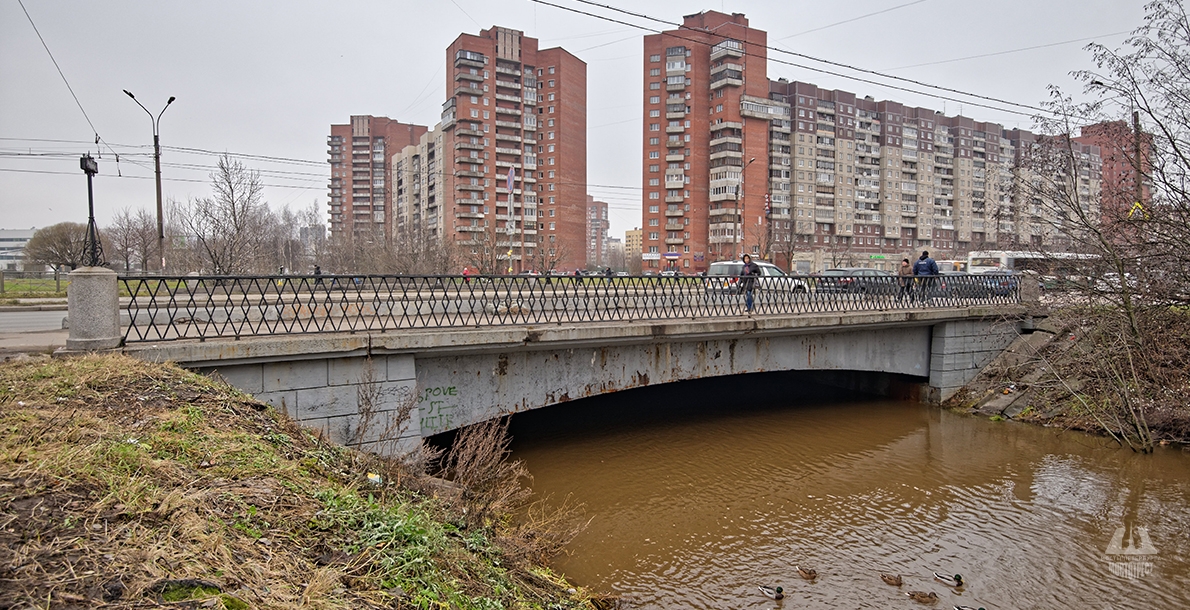 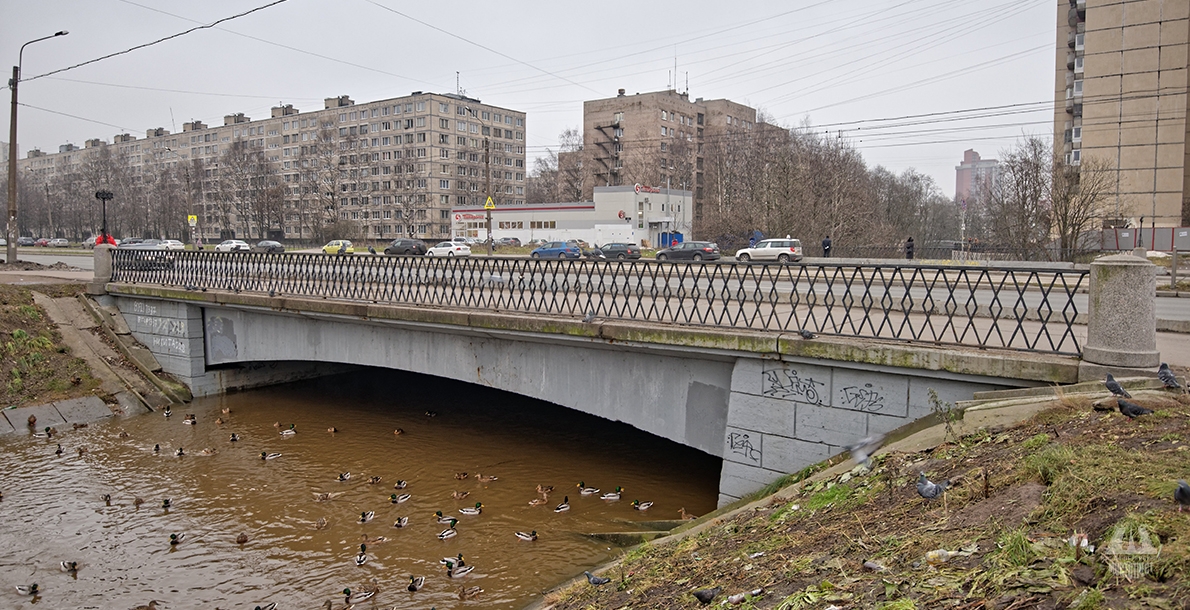 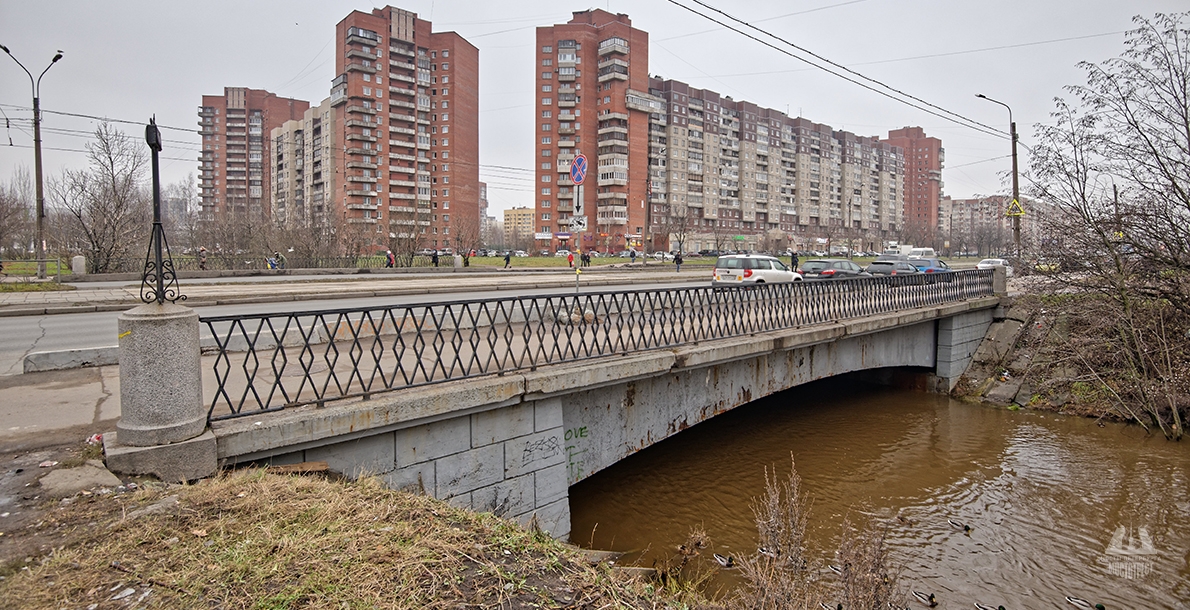 Kollontay Bridge is located on highway No. 5 in the alignment of Kollontay Street on the right bank of the Neva River.

Kollontay Street is one of the main transport routs of Vesyoly Posyolok District. Both the bridge and the street was named after the Russian revolutionary and Soviet statesman and diplomat Alexandra Mikhailovna Kollontay.

The bridge spans the Okkervil River which flows in the east of St. Petersburg, and is a left tributary of the Okhta River. The river source is located in the marshland south of Koltushskaya Upland. The Okkervil River passes along Vsevolozhsky district of Leningrad Region, Krasnogvardeysky and Nevsky Districts of St. Petersburg. Approximate length is of 18 km, the width ranges from 1.5 to 25 m, the depth is 0.25-0.8 m.

The bridge was built in 1972-1974 under the project of engineer B.E. Dvorkin of Lengiproinzhproject. The bridge design is similar to the same type bridge located in the alignment of Dybenko Street. This is a single-span reinforced concrete simple bridge.

The bridge is designed for the traffic of trams, cars and pedestrians.

The superstructure consists of precast reinforced concrete I-section beams. The facade spans have a curved shape of the bottom chords. The bridge abutments are massive ones, made of monolithic reinforced concrete on pile foundation. Low concrete retaining wall with slopes reinforced with concrete slabs is placed adjacent to the abutments.

Similar to the Rossiysky Bridge, a significant load falls to Kollontay Bridge on the date of hockey matches which take place at the Ice Palace located nearby. About 12 thousand hockey fans come here to watch each game on the average.