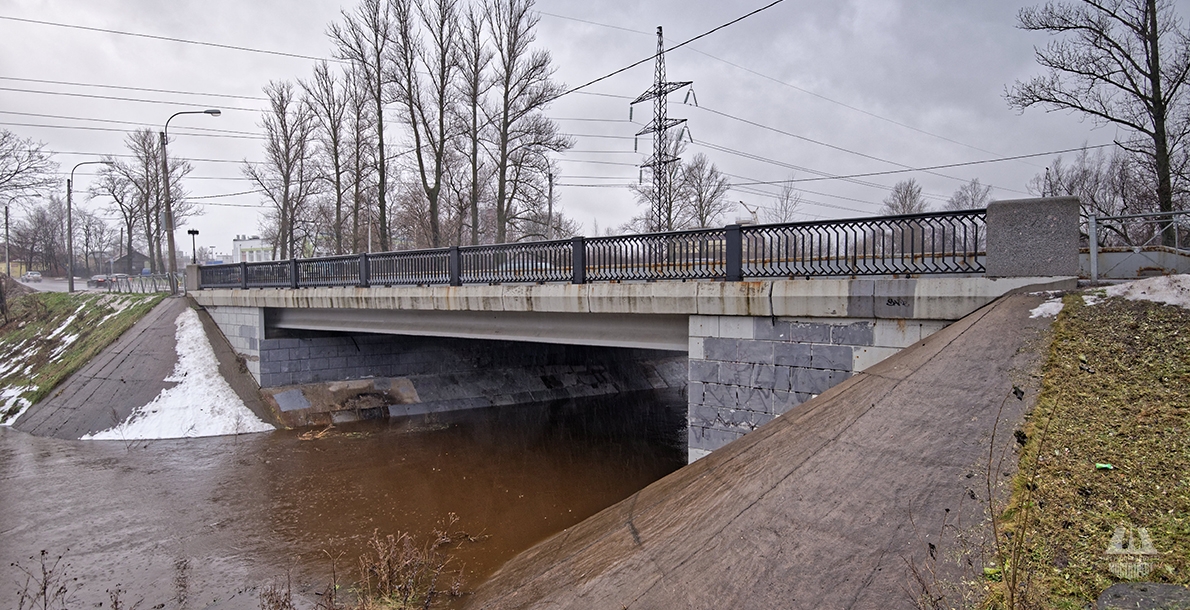 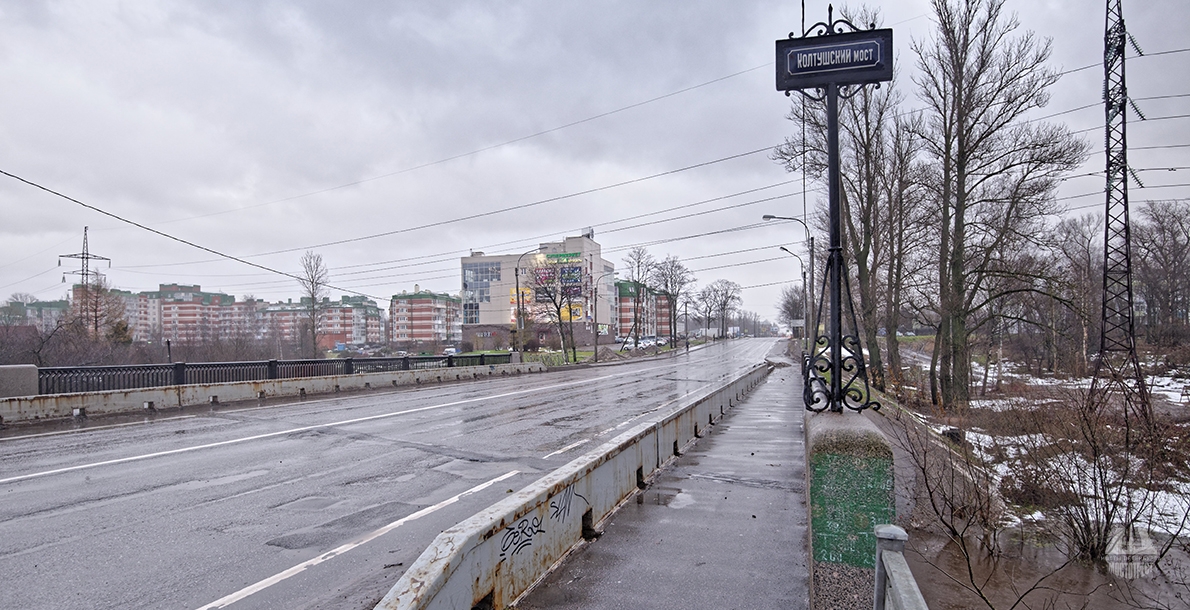 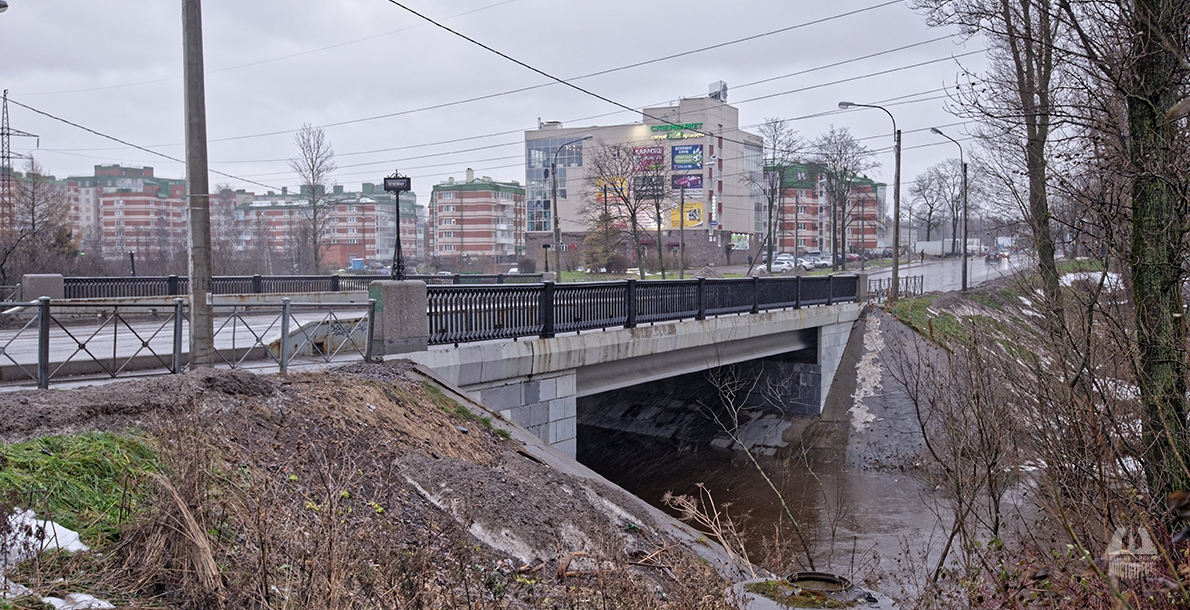 From the beginning of the XX century, a wooden bridge existed there. In 1962, under the project of engineer of A.D. Gutzeit of Lengiproinzhproject, the bridge was rebuilt in a single-span reinforced concrete simple bridge. This is a slope bridge - the slope angle is 67 degrees.

The superstructure consists of prefabricated concrete T-section beams with the permanent height connected together with diaphragms. The bridge abutments are made of monolithic reinforced concrete on pile foundation.

The roadway is covered with asphalt concrete pavement; sidewalks – with sand asphalt. Art casting iron railings with granite pedestals are installed on the bridge. Slopes and cones are reinforced with concrete slabs.

In 1979 during repair works the granite curb was replaced with a concrete one.

The bridge derived its modern name in 1997 as per the historical name of highway - Koltushskoye highway that is to the South from the bridge.

Koltushsky Bridge connects Vsevolozhsky District with the city centre in the area of Rzhevka and provides the passage for vehicles driving down Saint Petersburg Ring Road.