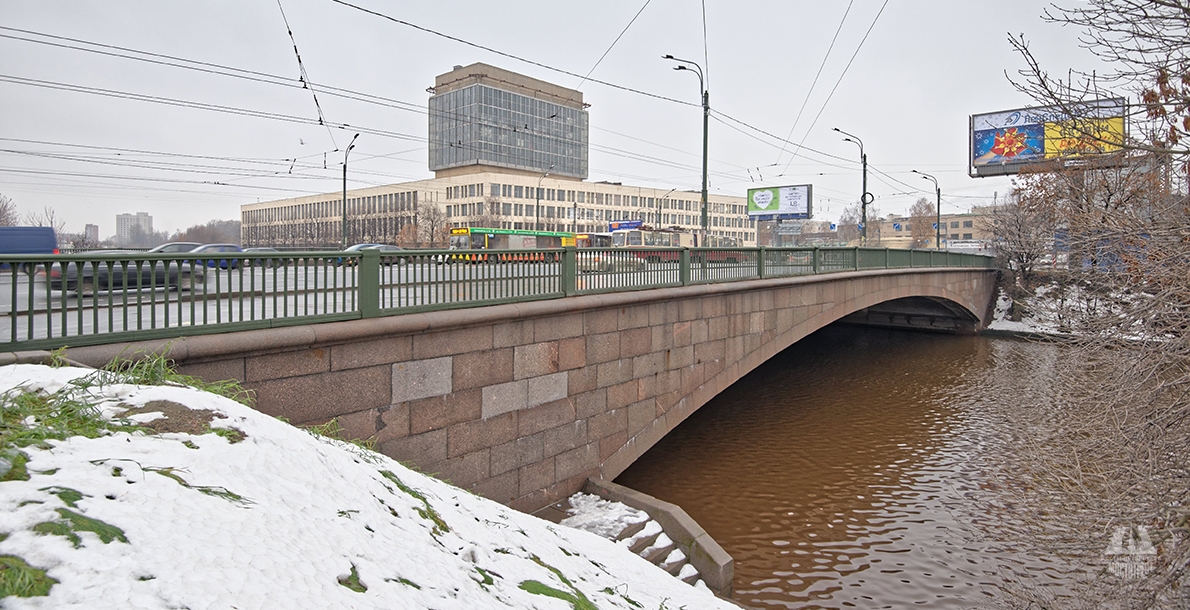 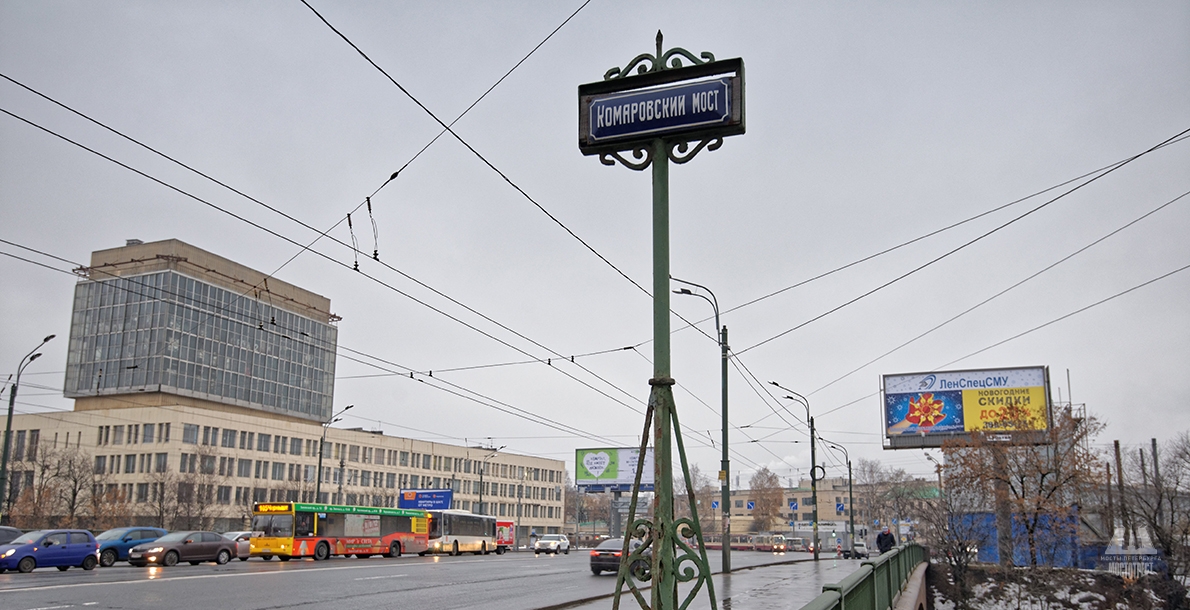 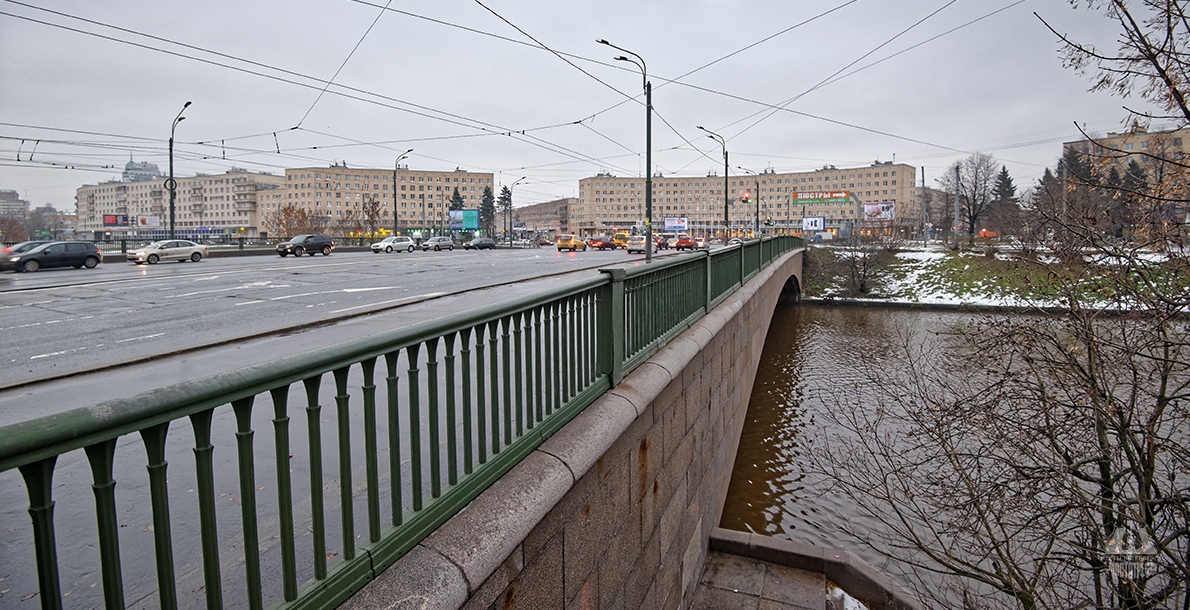 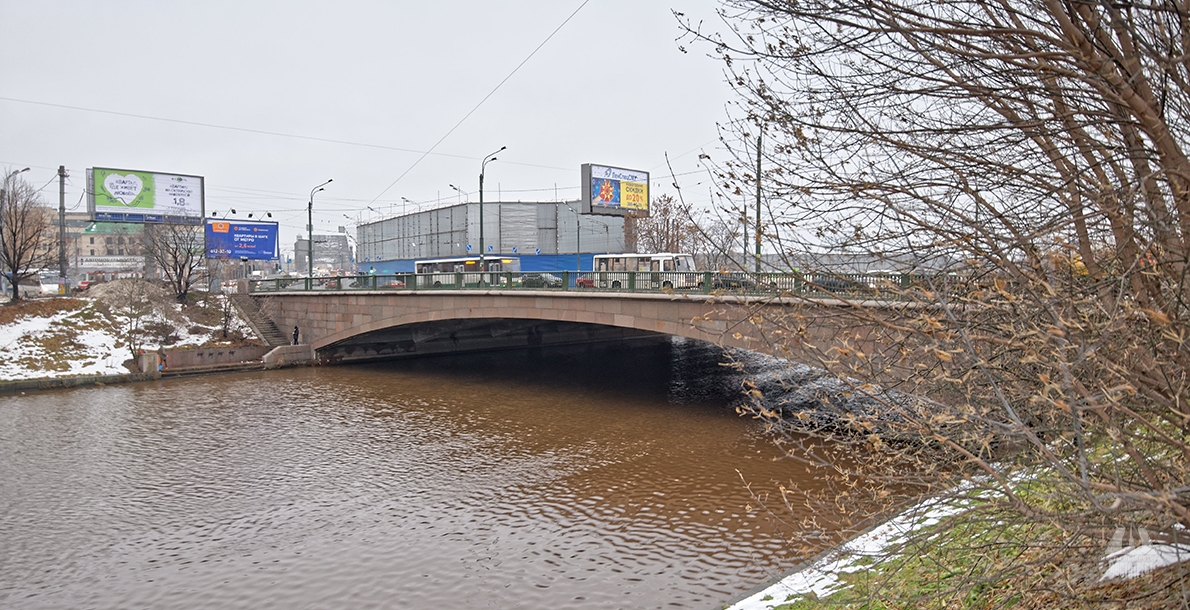 Komarov Bridge (former Gorbaty, 18th century) is a bridge across the Okhta River, prolonging the line of Bolsheokhtinsky Bridge, interconnecting it with Krasnogvardeysky Square nearby the mouth of the Bolshaya Okhta River.

Here, on the cape formed by the Neva and Bolshaya Okhta Rivers, Swedish castle Nienschanz was located.

Starting from the 18th century, a wooden draw bridge, called Gorbaty, existed here. Later on, the name was changed to Komarov after the owner of the cloth mill located nearby in the first quarter of the 19th century. The mill is known by the fact that in 1878, 145th Novocherkassk infantry regiment was accommodated here. New regiment’s bulk large were opened only in 1886, all buildings were made in red-brick functional style typical for bulk large construction of the last third of the 19th century - the beginning of the 20th century. Now the project of Creative Industries Centre is created on the place of bulk large.

In 1943 T-34 tank dropped from Komarov Bridge. Right after that its wooden spans were replaced by metallic ones.

In 1958 the crossing dilapidated to such degree that City Counsel closed it for transport traffic. In the meantime, Engineers V.V. Zaytsev, B.B. Levin and Architect L.A. Noskov have made a project of new Komarov Bridge.

In 1960 the wooden bridge was rebuilt in a single-span concrete two-hinged frame bridge.

It should be noted that Komarov Bridge has rather expressive, elegant silhouette with arch outlined along the chord on facade faced with pink granite plates. With such ingenuous approach, the authors imparted to the appearance the nature of true stone facility of arched form. Railings run close by their beauty: they represent cast iron sections of polyhedral cross-section rods with concaved surfaces, crowned by quadrilateral capitals. Komarov Bridge decor is completed with lantern columns with luminaries installed of slow protruded consoles.

Komarov Bridge relates to the best engineering structures in Saint-Petersburg. Now, it's one of the most beautiful wide crossings in the Northern Capital.