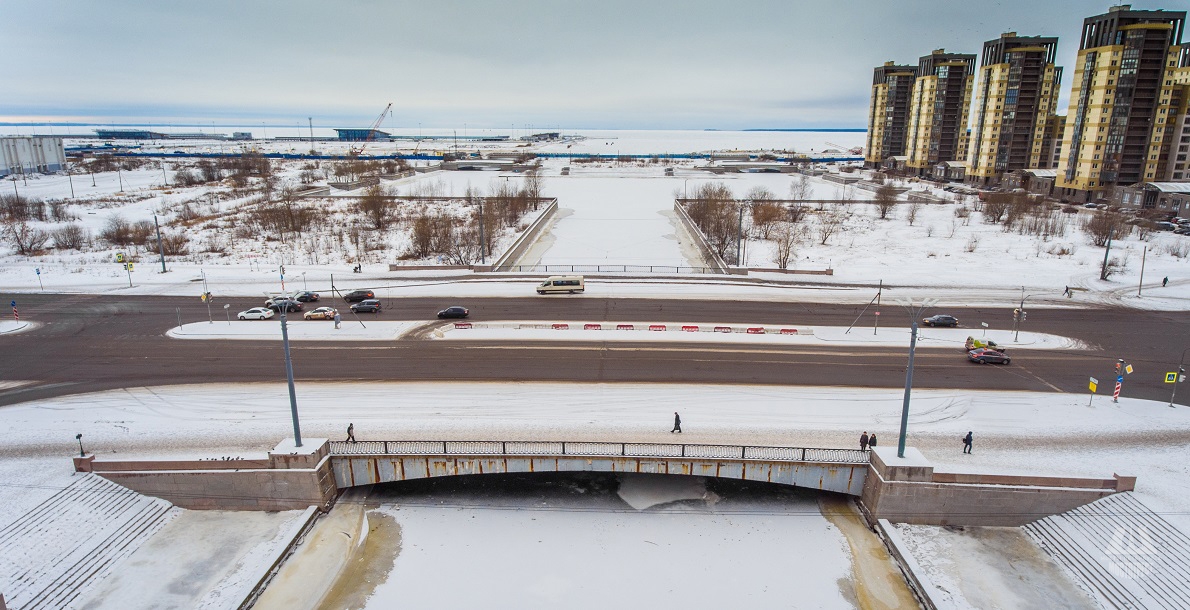 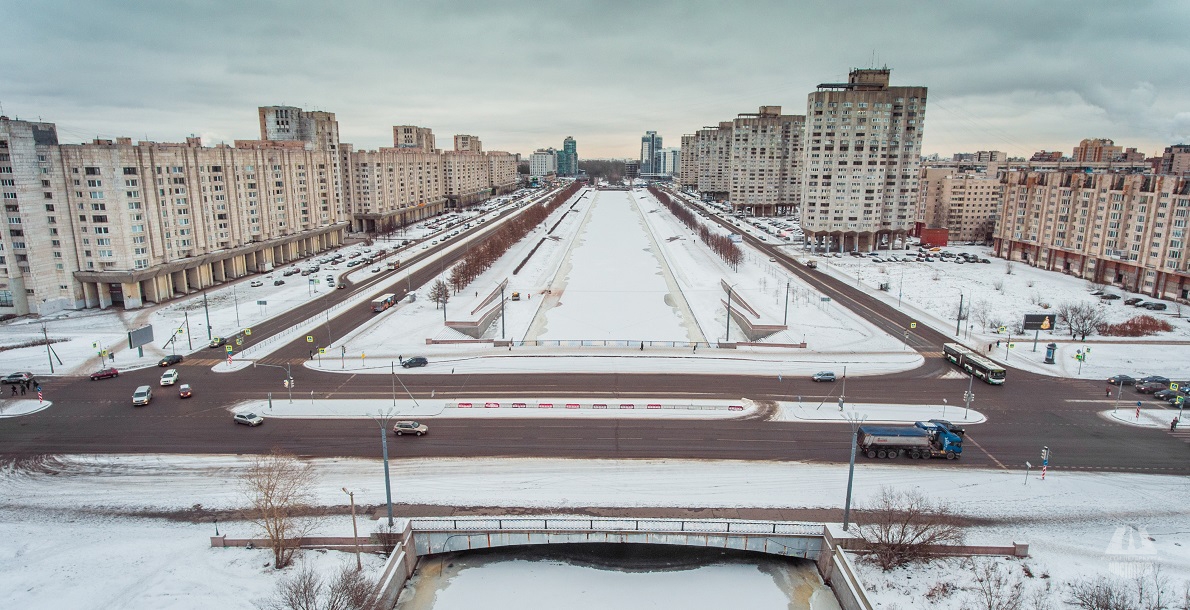 Korablestroiteley Bridge across the Smolenka River in Vasileostrovsky District; it connects Vasileostrovsky Island and Dekabristov Island and is located in the alignment of Korablestroiteley Street. This street is partially passes along the washed up territory which is formed in the 2nd half of 1960s. It got its name in 1972. Here block houses of the 137 series were the first constructions.

The necessity of new bridge construction was called by massive residential construction on Dekabristov Island that increases freight transport traffic and required construction of new roads and bridges.

The bridge in constructed in 1982 under the project by Lengiproinzhproject’s engineers L.N. Sobolev and V.Ye. Eduardov. The bridge is single-span concrete frame bridge with longitudinally-movable hinge in the middle part.

The roadway is covered with asphalt pavement; sidewalks – with sand asphalt. Two tubes of heat network are laid in the lowest sidewalk. The sidewalk is separated from the roadway with granite curb.

Railings are metal welded; reinforced concrete pedestals with granite lining and granite parapets are above the abutments. Metallic stand lamps with luminaries are installed on pedestals.

The bridge is designed for the traffic of cars and pedestrians.

In 2005 Korablestroiteley Bridge, as its congener, Nalichny Bridge, was repaired thoroughly.

It is notable that recently the Finnish Gulf panorama overlooked but washing up of territories moved it away far to the Island. Now, cruise vessels, entering to new passenger port, Marine Facade, are visible from the bridge.