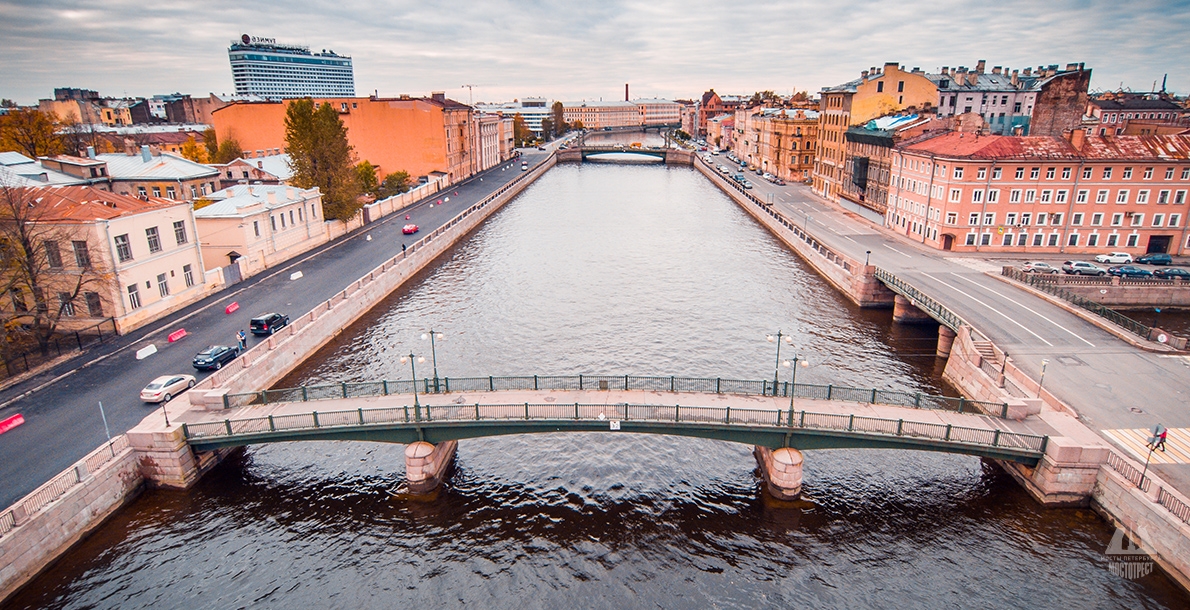 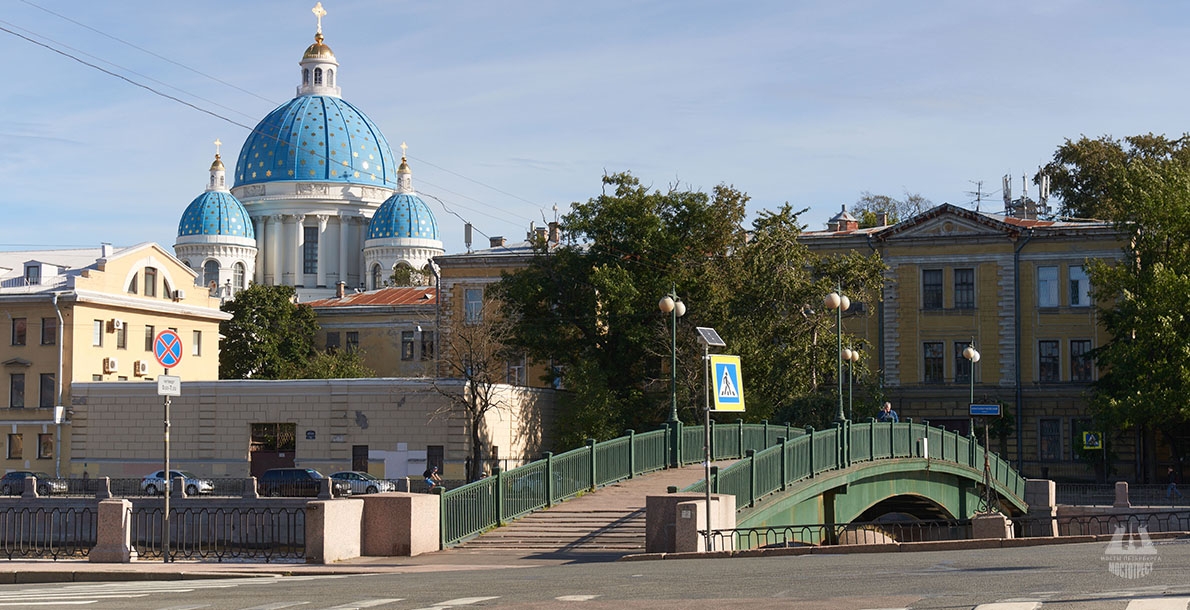 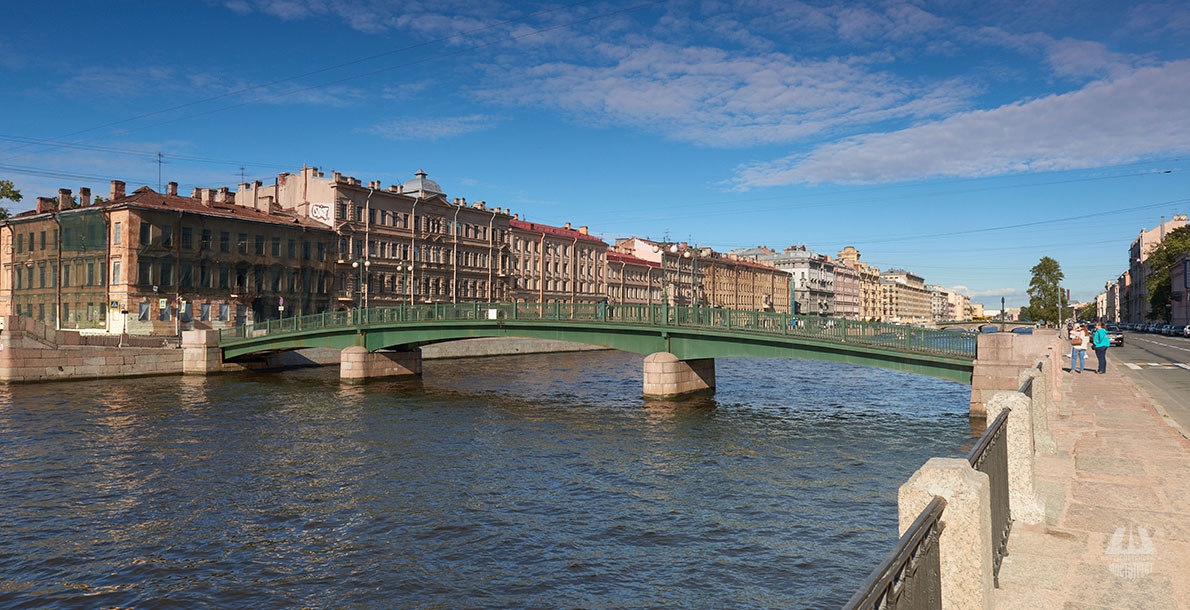 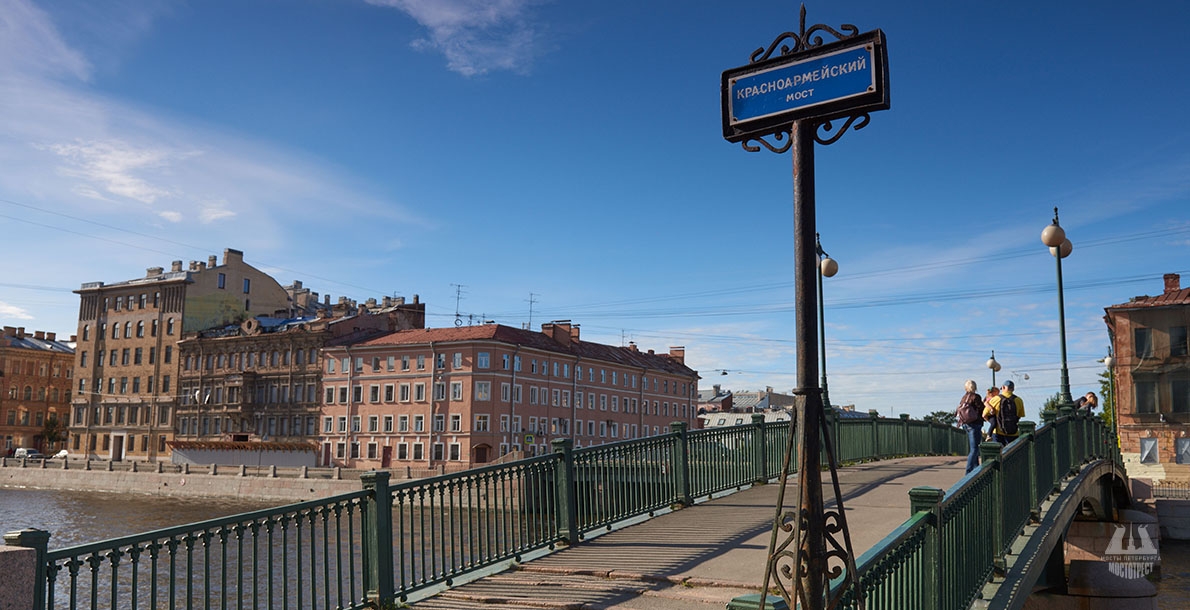 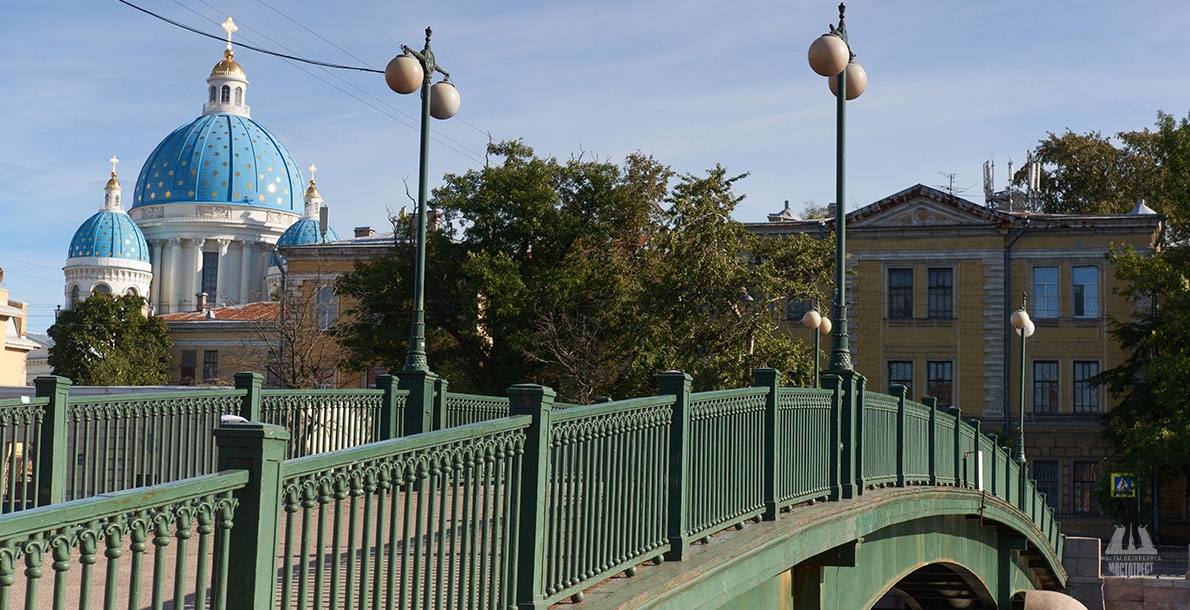 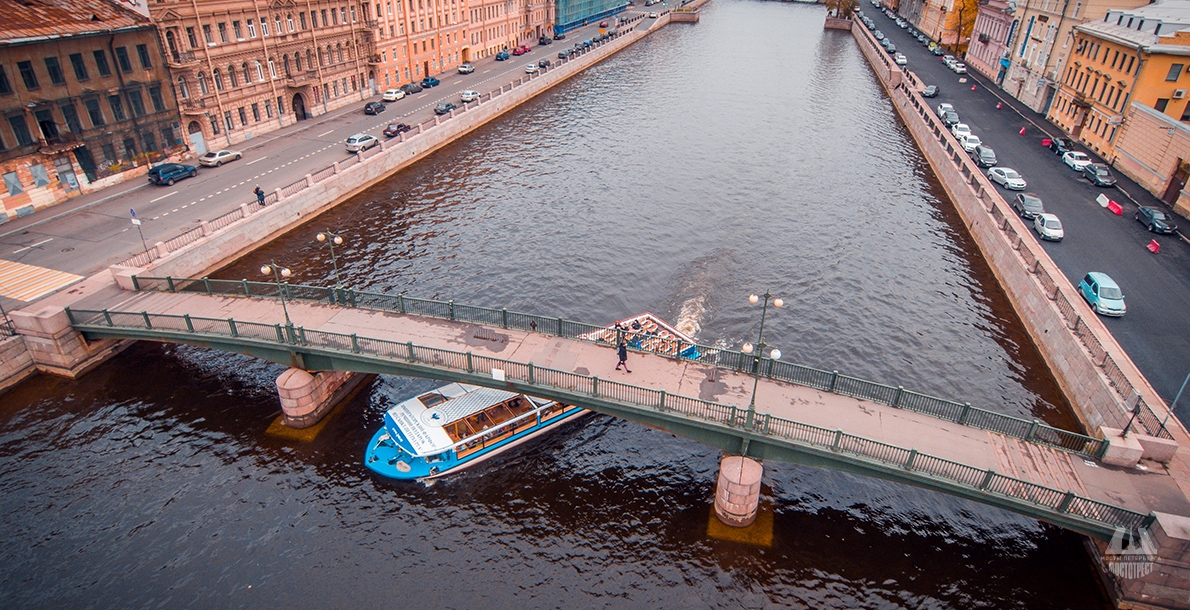 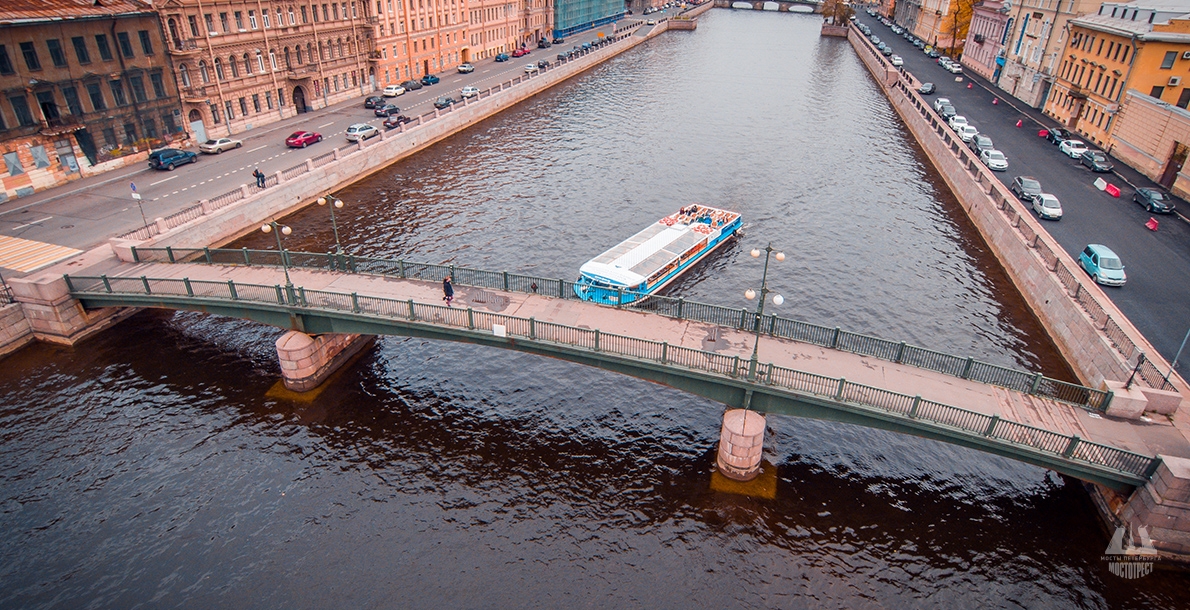 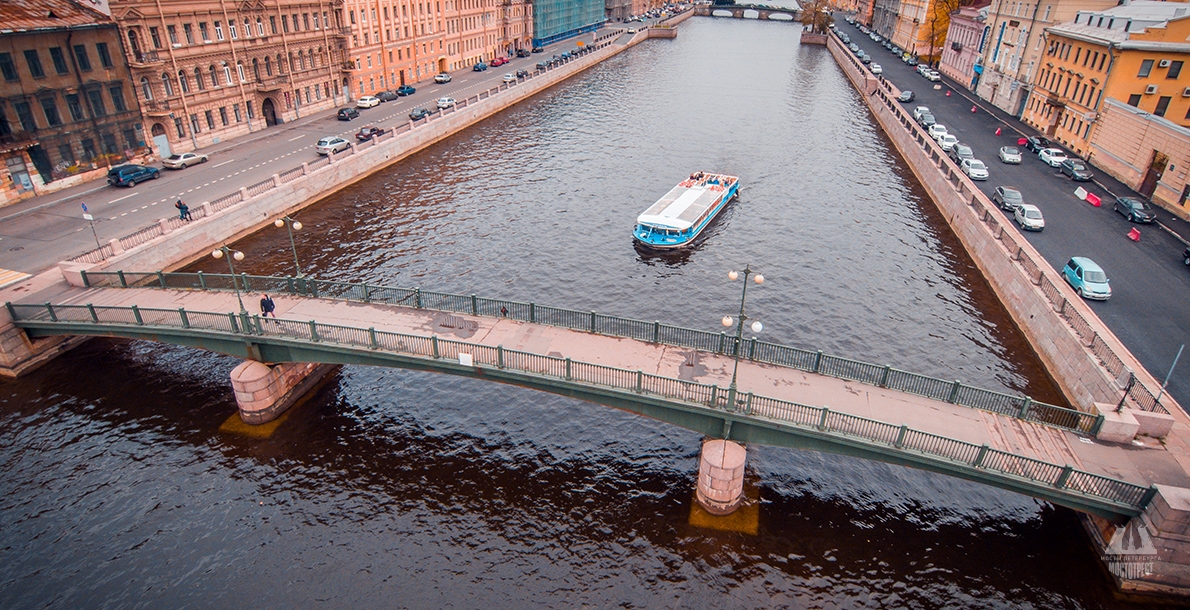 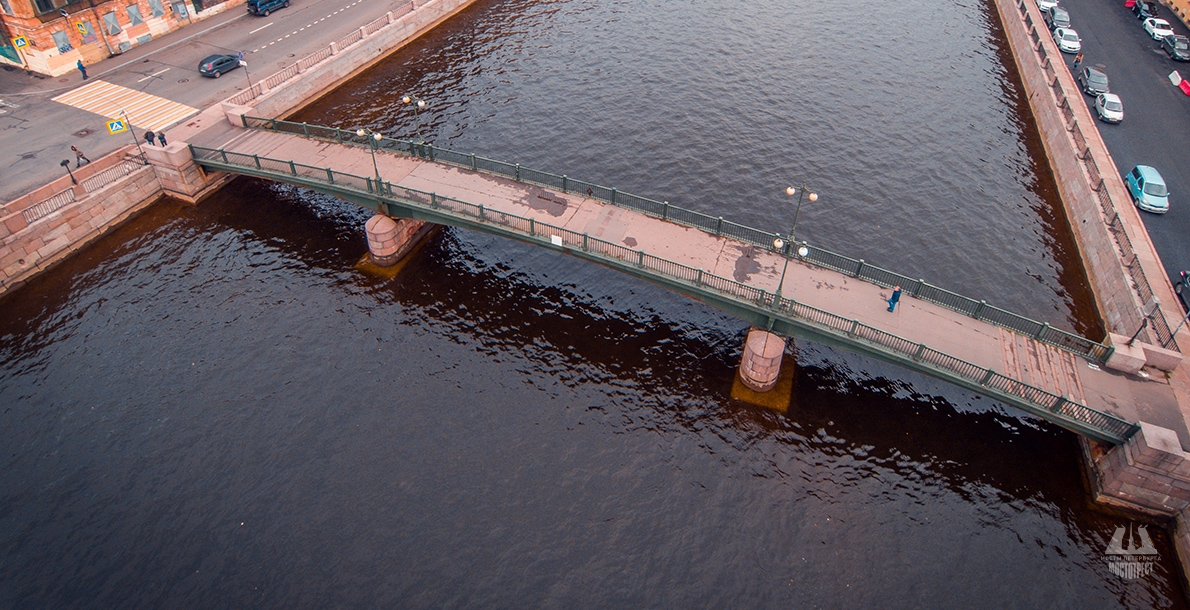 Krasnoarmeysky Bridge (heating duct) located at the site of Kryukov Canal Embankment, almost in its mouth, crosses the Fontanka River. When driving along the Kryukov Canal, you can go to Sadovaya Street, straight to St. Nicholas Cathedral.

It is three-span metal bridge. A welded span consists of two continuous beams with a curved outline of the bottom chord. These beams are connected by the wall-cross-links, the lower of which serve as a support of the pipeline. At the top superstructure is covered by precast concrete slabs. Stone piers lined with granite are located on pile foundations consisting of wooden piles.

There is asphaltic concrete covering on the sidewalks. An art casting iron railing is installed on the bridge. The last sections of the railings are embedded in the granite parapet of the abutments. There are four stand lamps with spherical lights on the intermediate supports of the bridge.

The bridge structure is identical with English Bridge nearby. The bridge is characterized by splendid proportions, forming together with Egyptian and English bridges kind of ensemble sustained in a single architectural tone.

Although the bridge is pretty simple, but at the same time it is exquisite; it fits nicely into a connection of two waterways of St. Petersburg. Almost all the famous river excursions on the rivers and canals of St. Petersburg, during which you make a big circle by the Fontanka River and the Griboyedov Canal, are arranged, in particular, under the central arch of Krasnoarmeysky Bridge.

It’s easy to take the water bus on one of the piers near Anichkov Bridge. 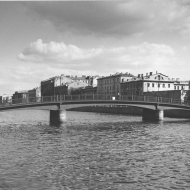 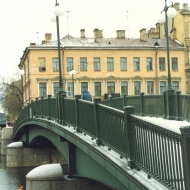