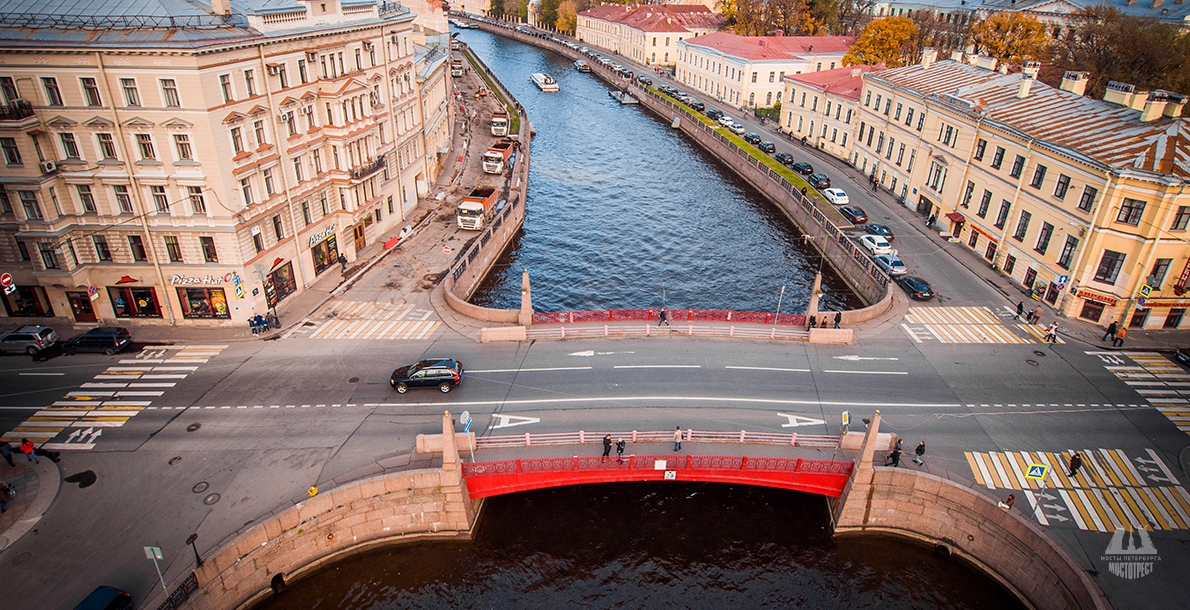 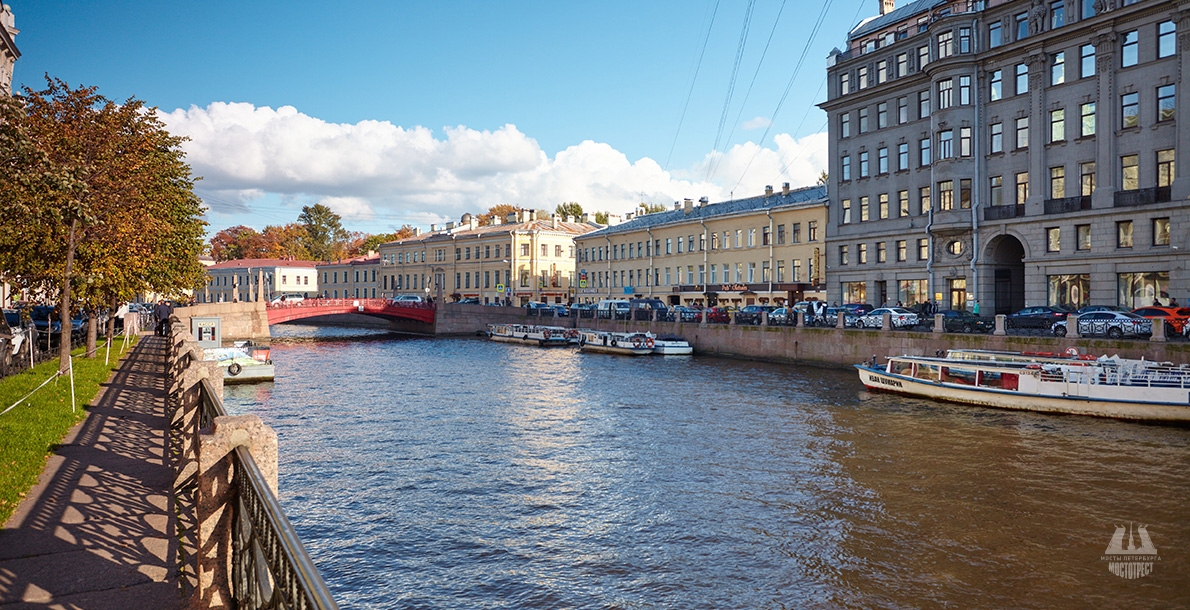 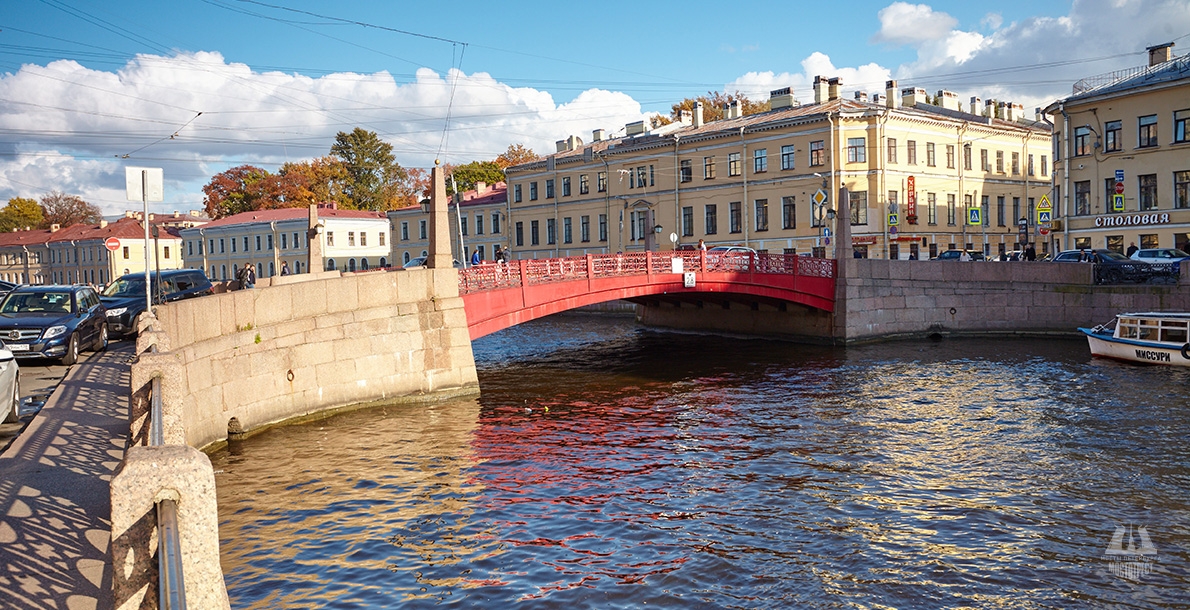 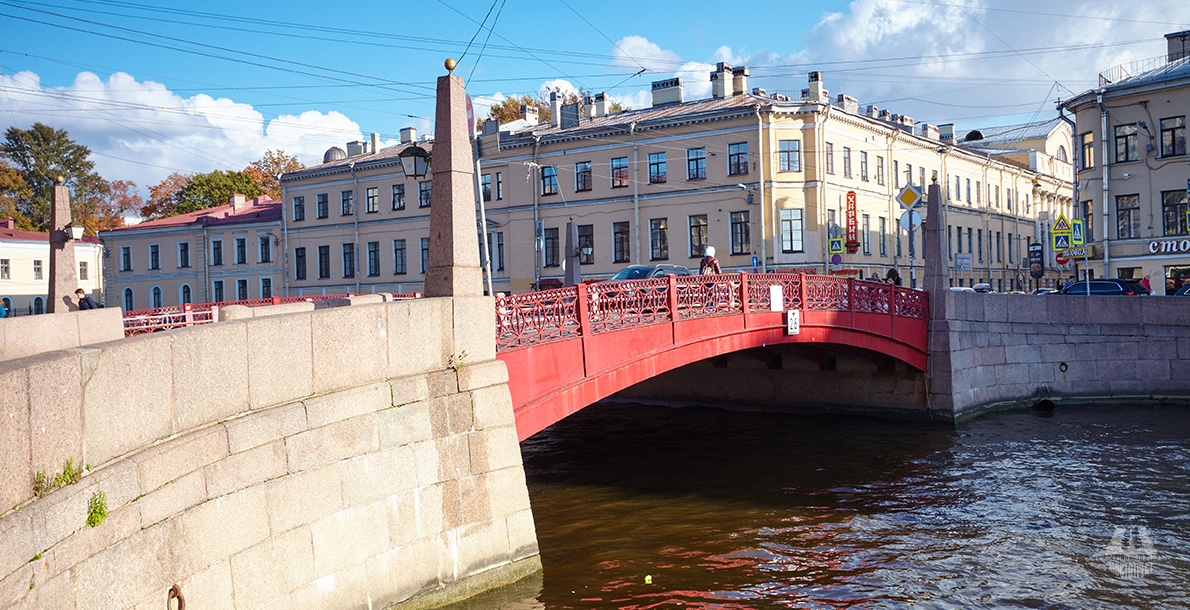 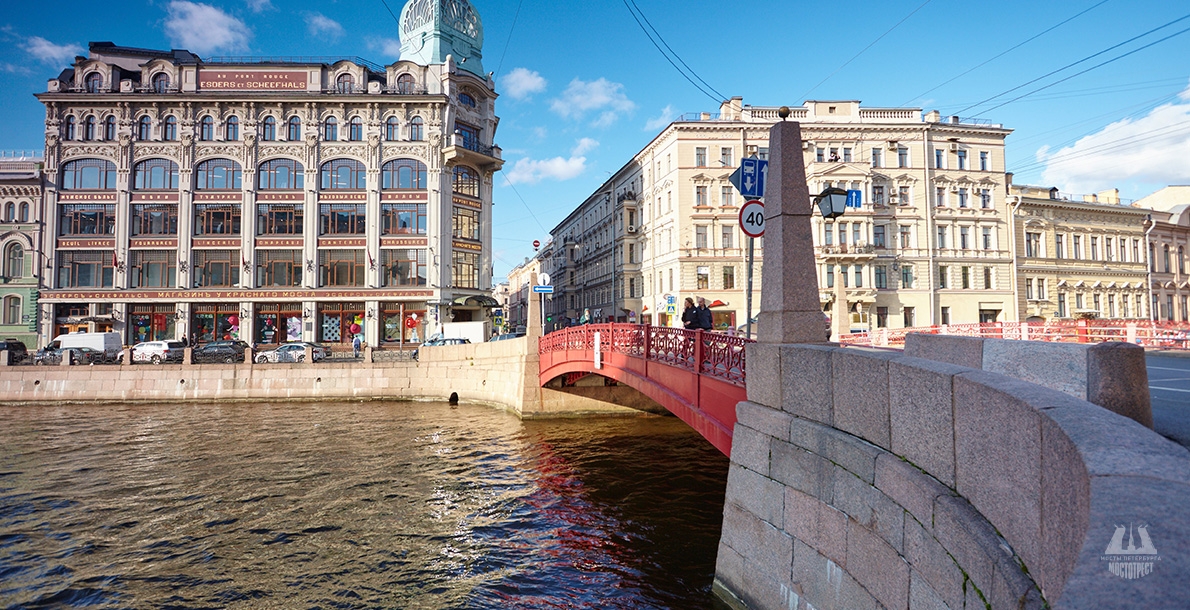 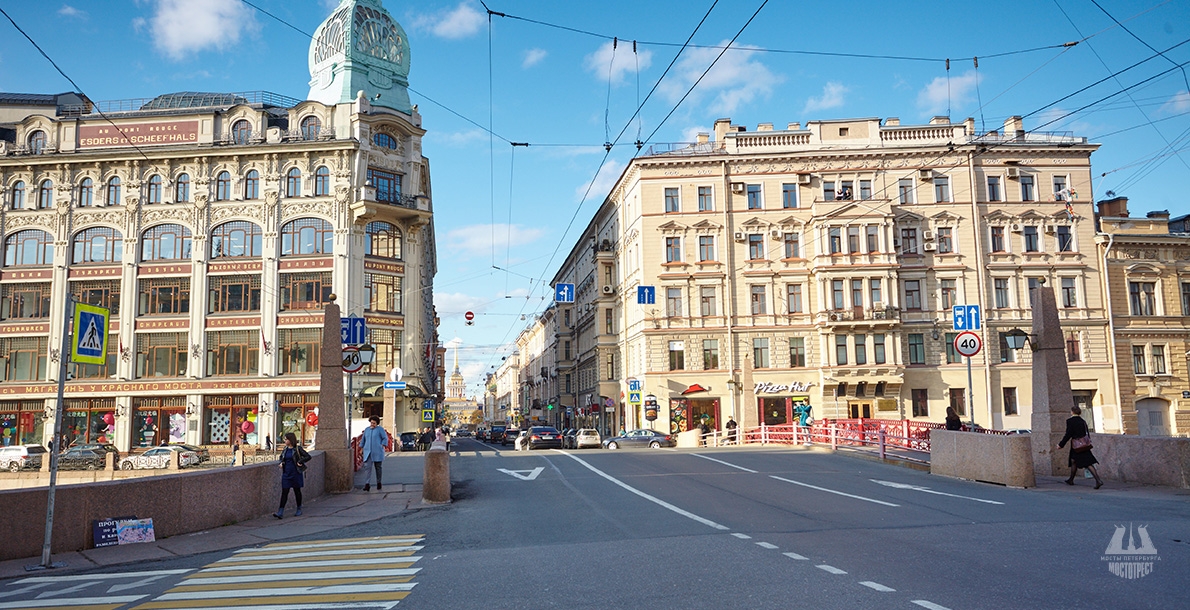 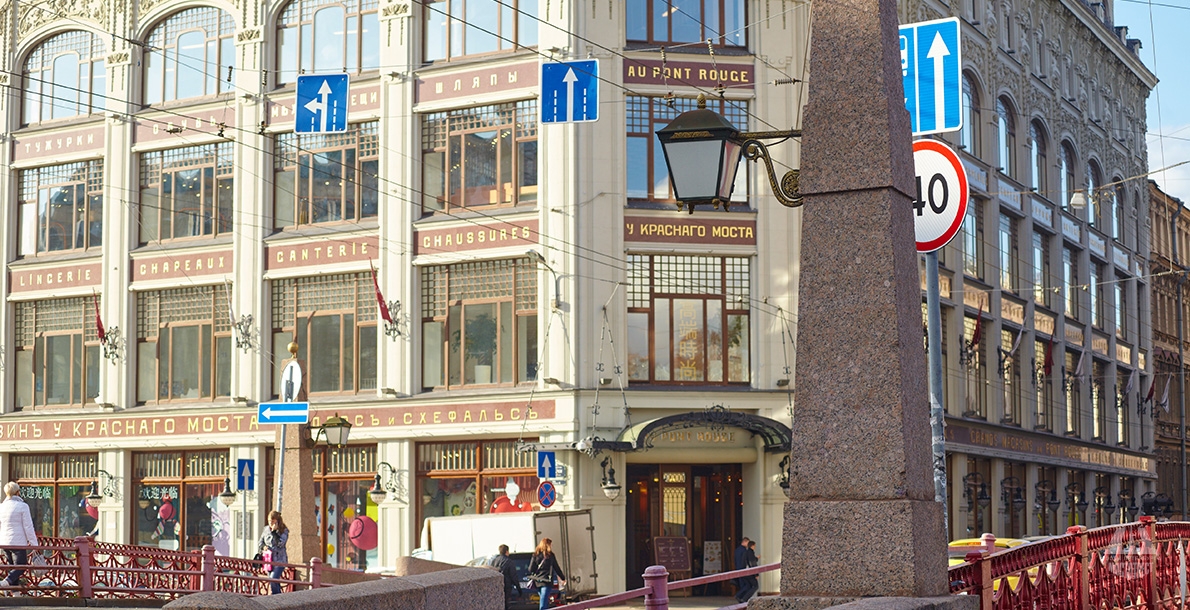 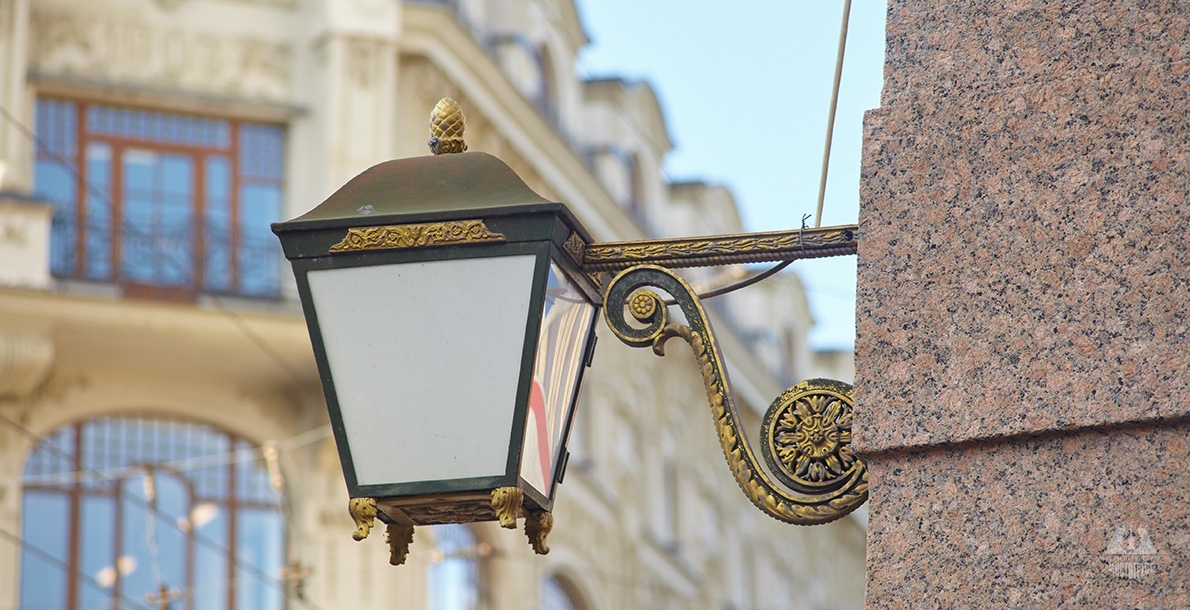 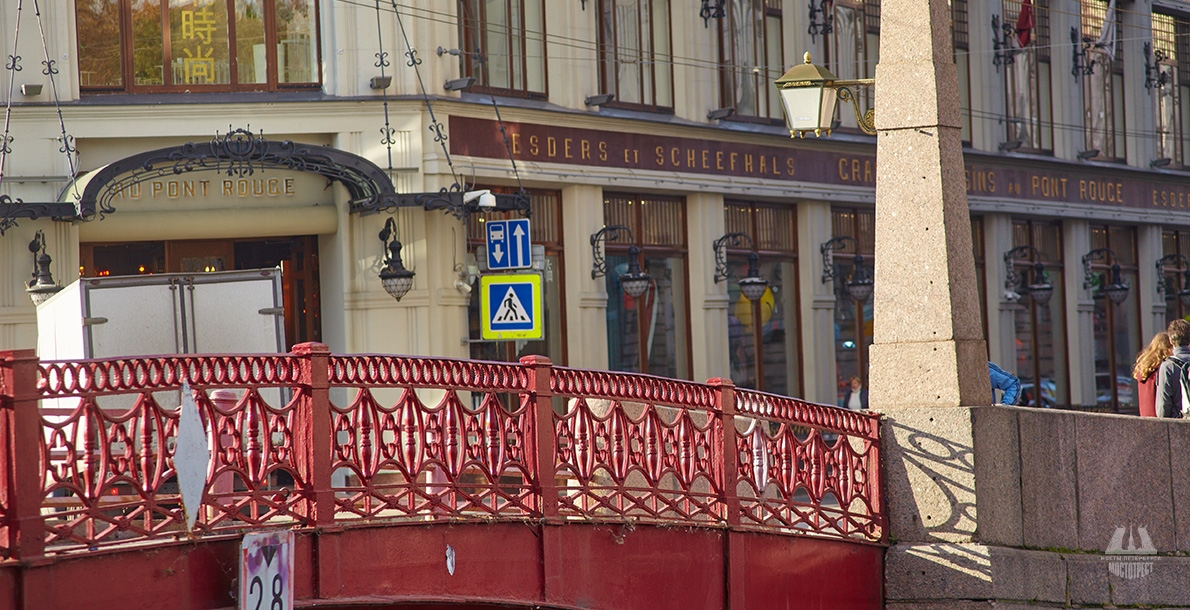 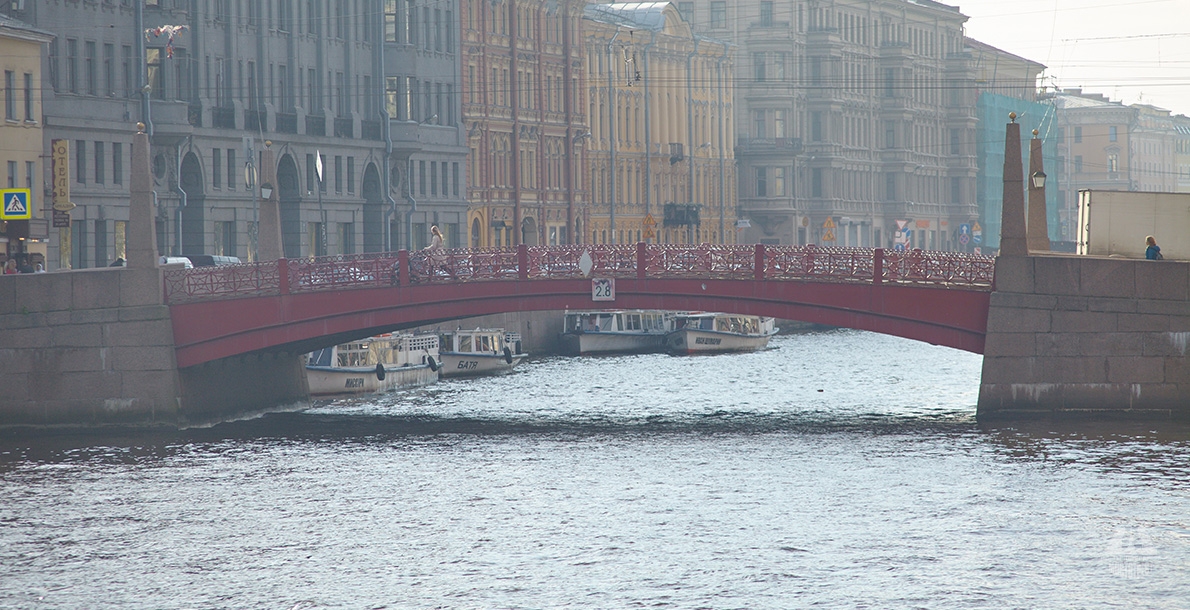 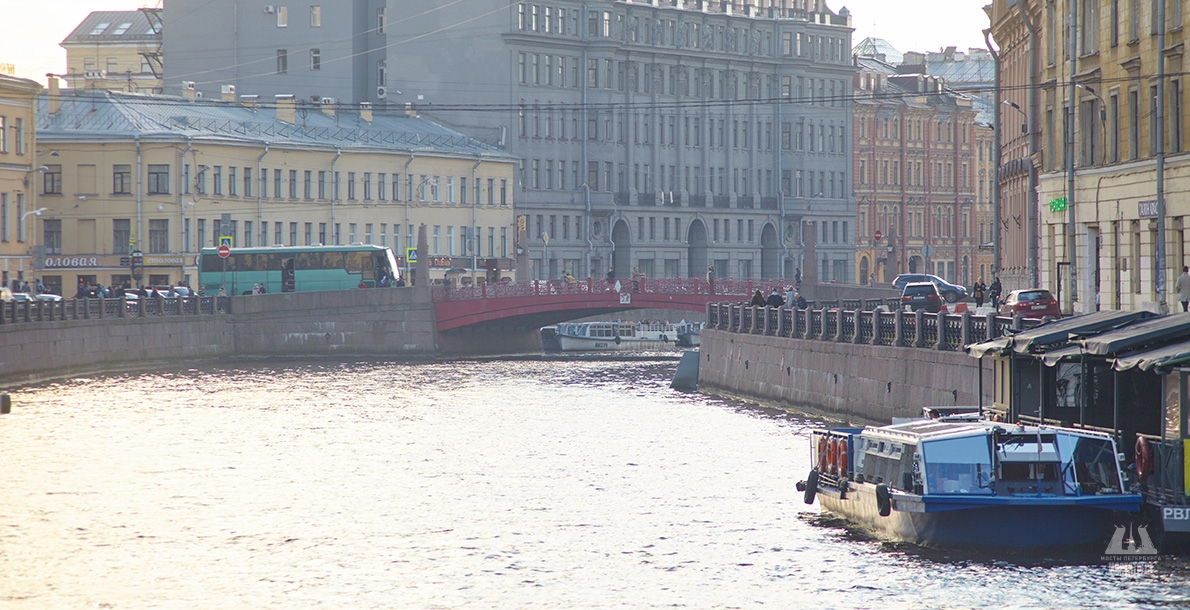 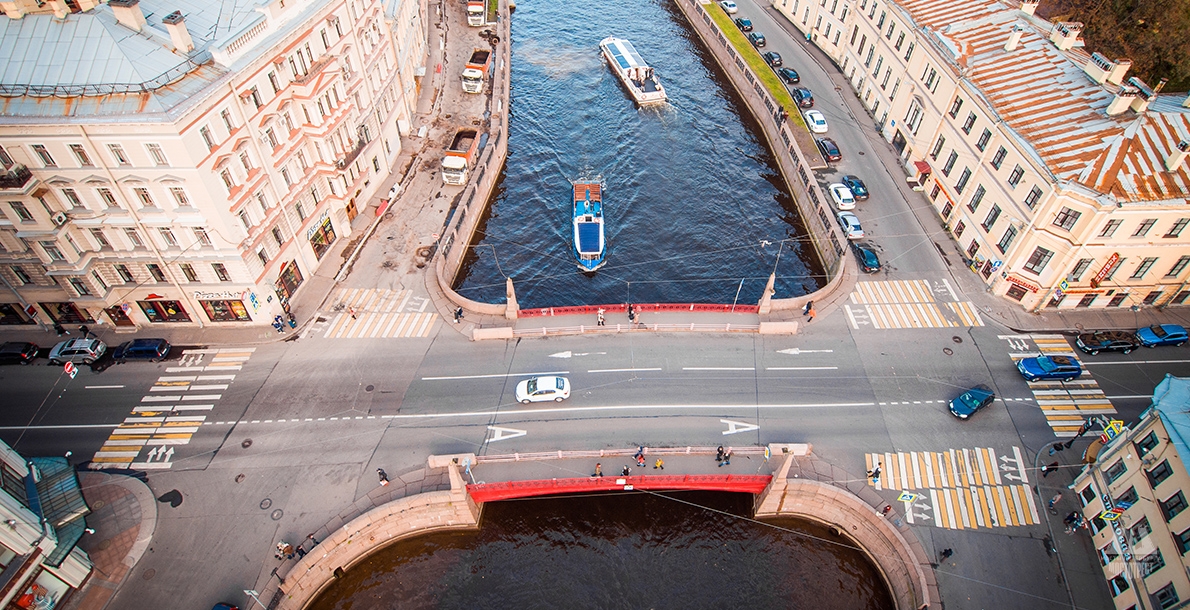 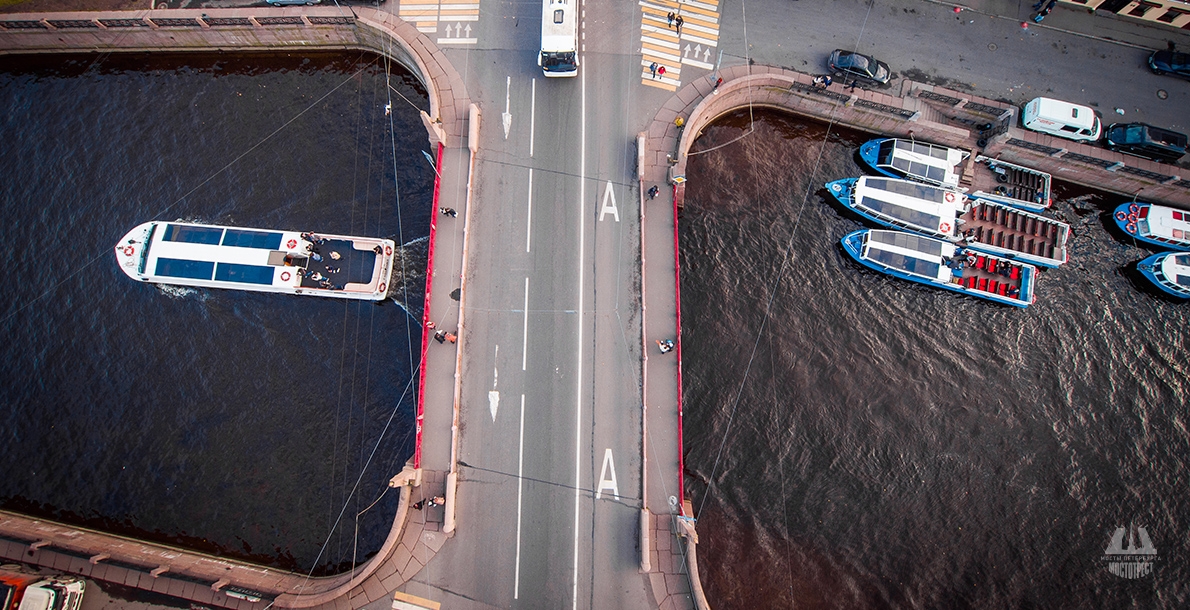 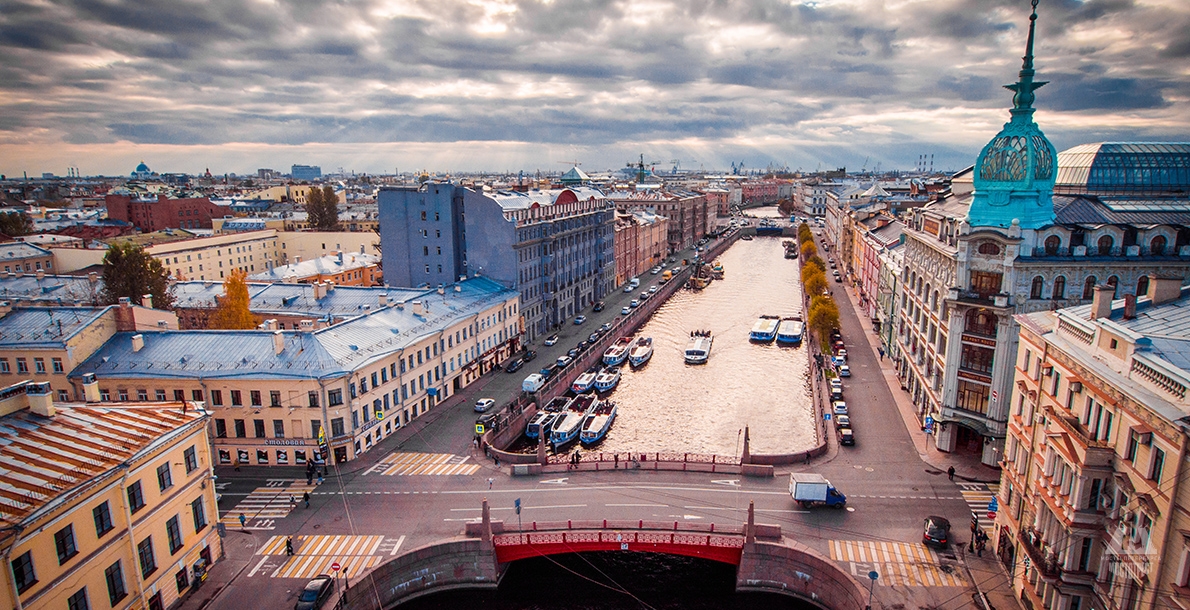 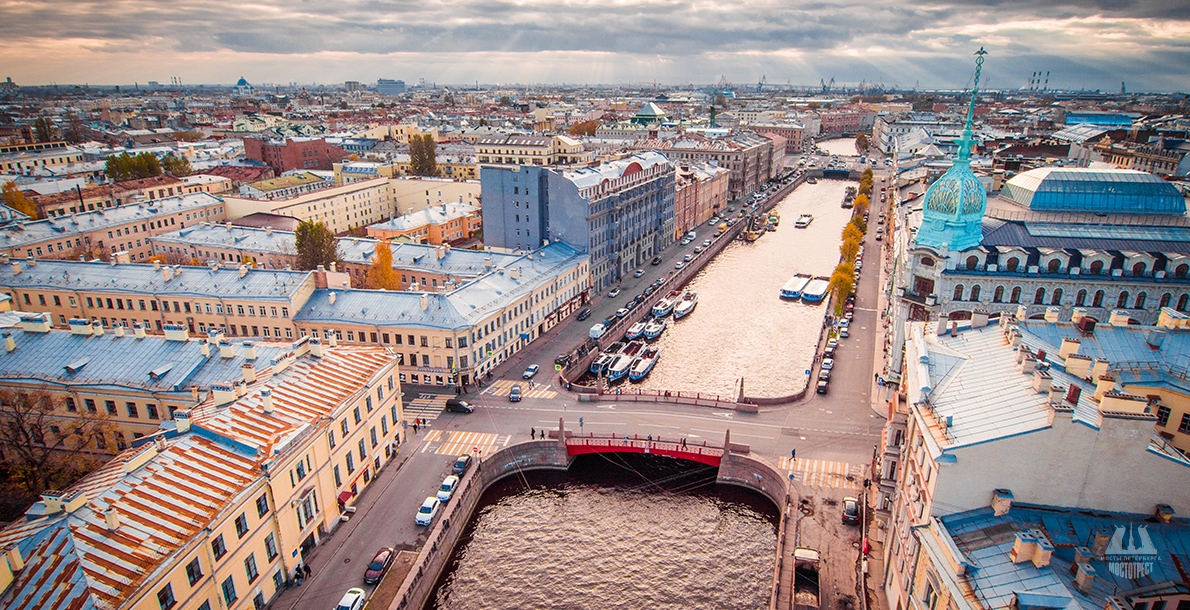 Red Bridge (formerly White) connects Kazansky Island and the 2-nd Admiralty Island across the Moyka River. The bridge marks the border between Admiralty District and Central District of St. Petersburg.

For the first time in 1717, a wooden drawbridge for the passage of small boats with masts was built there. Until 1808 the bridge was named White Bridge, and then by changing the colour, it is known as Red (Krasny) Bridge.

At the end of the XVIII century, the bridge was rebuilt into three-span wooden bridge without the lifting deck.

In the years 1808-1814, under the project of engineer and architect W.I. Heste (who first used in the Russian bridge construction cast iron load-bearing structures of the individual iron sections - "boxes" connected to each other by bolts), wooden Red Bridge was rebuilt in a single span cast iron arch one. The superstructure was performed by type of such bridges as People, Pevchesky, Novo-Moscowsky, Potseluev, Alexandrovsky (demolished) bridges. Cast iron construction of the bridge was made in the Ural factories of N.N. Demidov. The bridge had massive rock abutments on pile foundation, faced with granite.

Cast iron railings similar to railing of Moyka Embankment are installed on the bridge. At the entrances of the bridge conical granite obelisks with gold balls and tetrahedral lanterns are installed. The roadway of the bridge is separated from the sidewalk by simple metal fence with granite pedestals.

During the period of exploitation from 1929 to 1950 progressive deformations (opening seams, bolts break, cracked ribs and bottoms of cast iron boxes) of supports and superstructure were observed. A survey results have shown that the bridge is an emergency condition.

In 1953 the bridge was reconstructed, cast-iron spans were replaced by pile metal double-hinged arches, which are interconnected by longitudinal and transverse links. Facades of superstructure are covered with decorative metal sheets. The railing pattern of the Moyka River Embankment was saved, at the entrances of the bridge granite obelisks with tetrahedral lanterns and gilded balls, as well as the inner fence were restored.

In 1998 another restoration of Red Bridge was carried out. Lamps were repaired; cast iron and granite railing were restored.

Of the three single-type iron bridges across the Moyka River, built in the early XIX century by W.I. Hastie, only Red Bridge have retained its external historic appearance to our time. 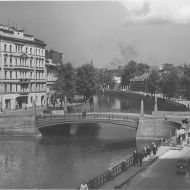 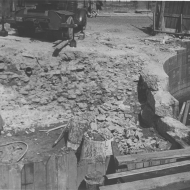 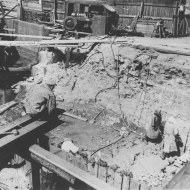 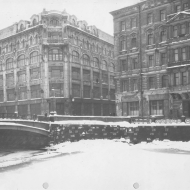 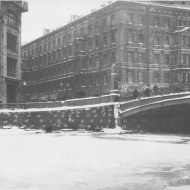 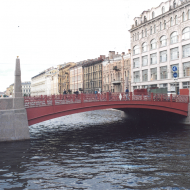