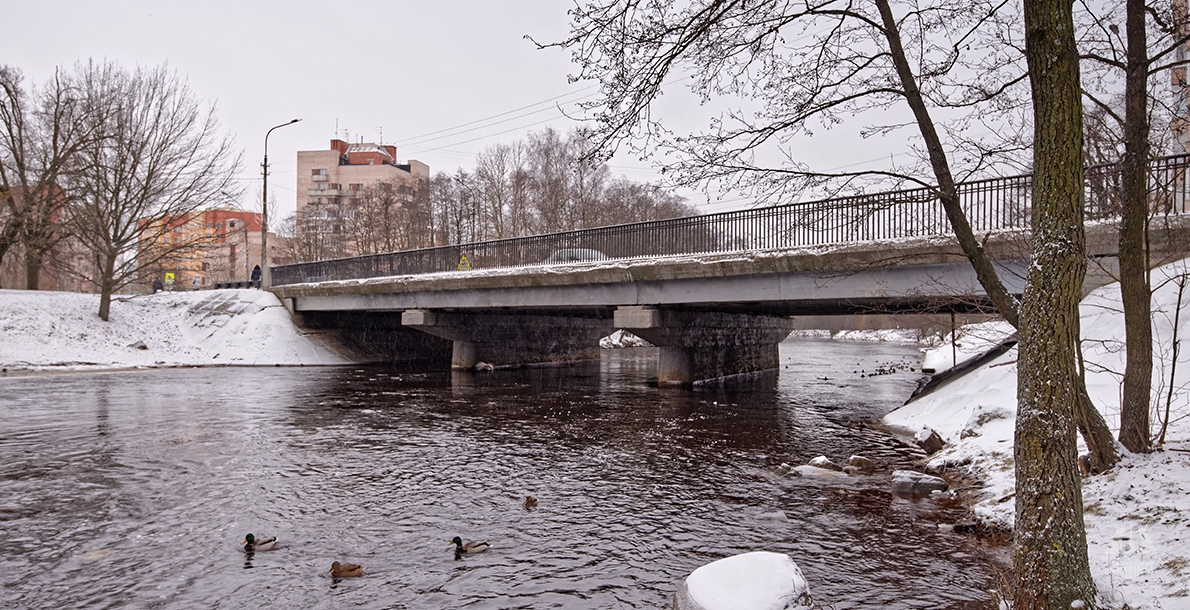 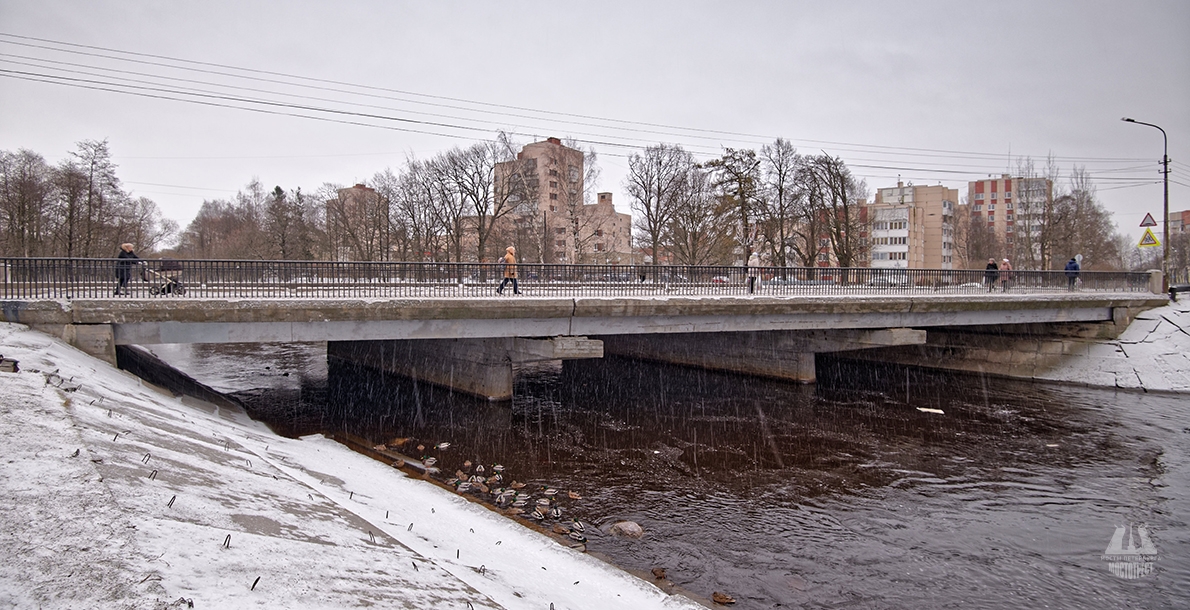 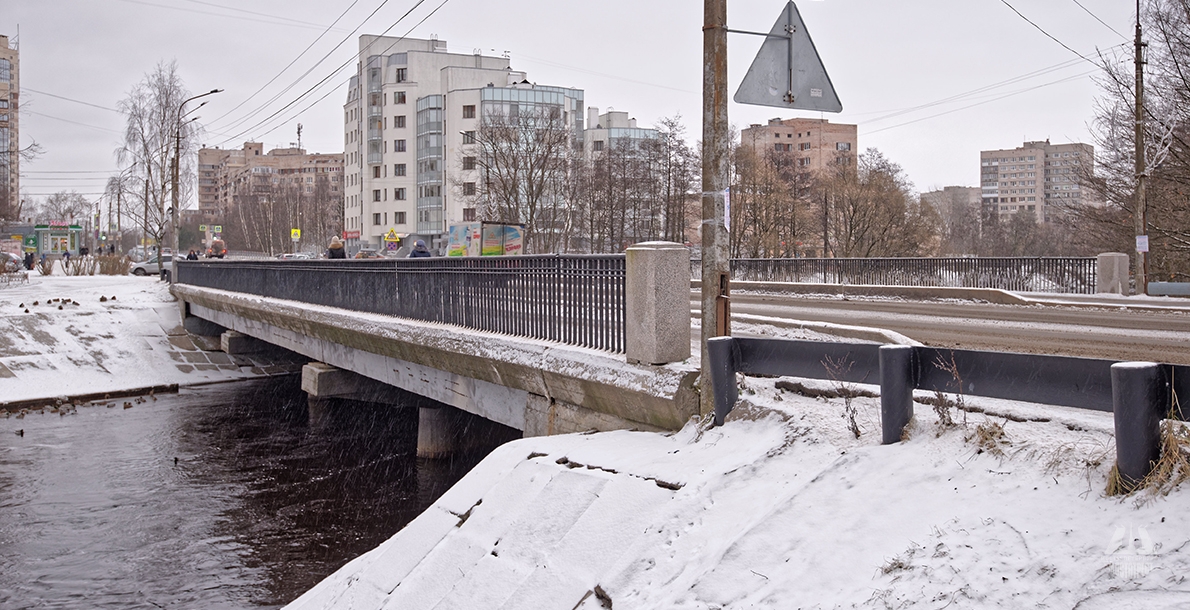 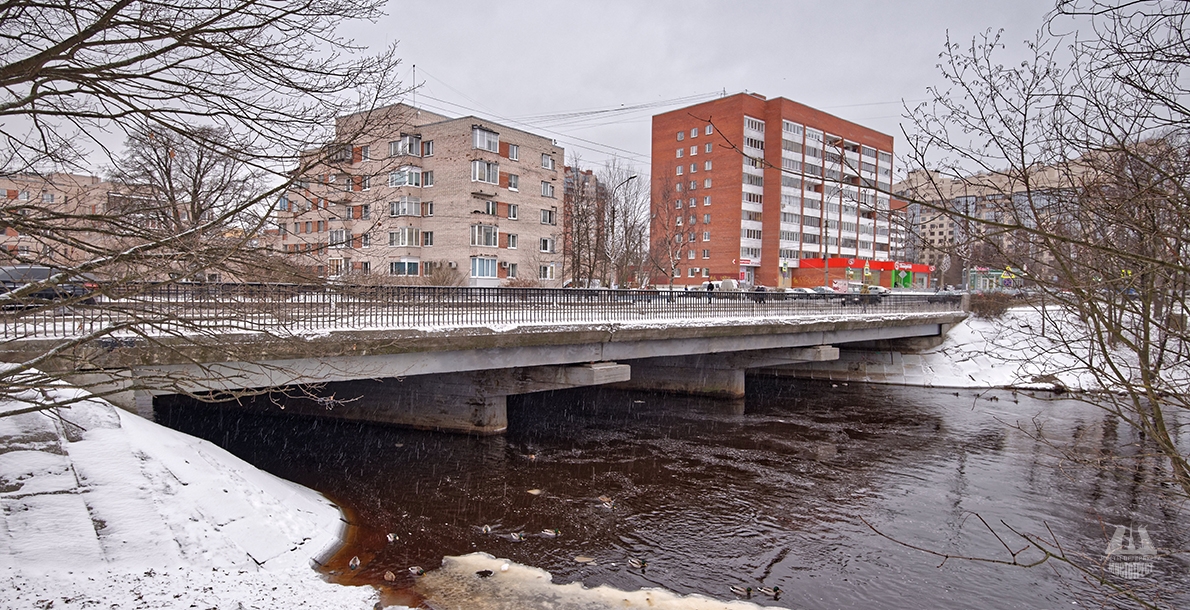 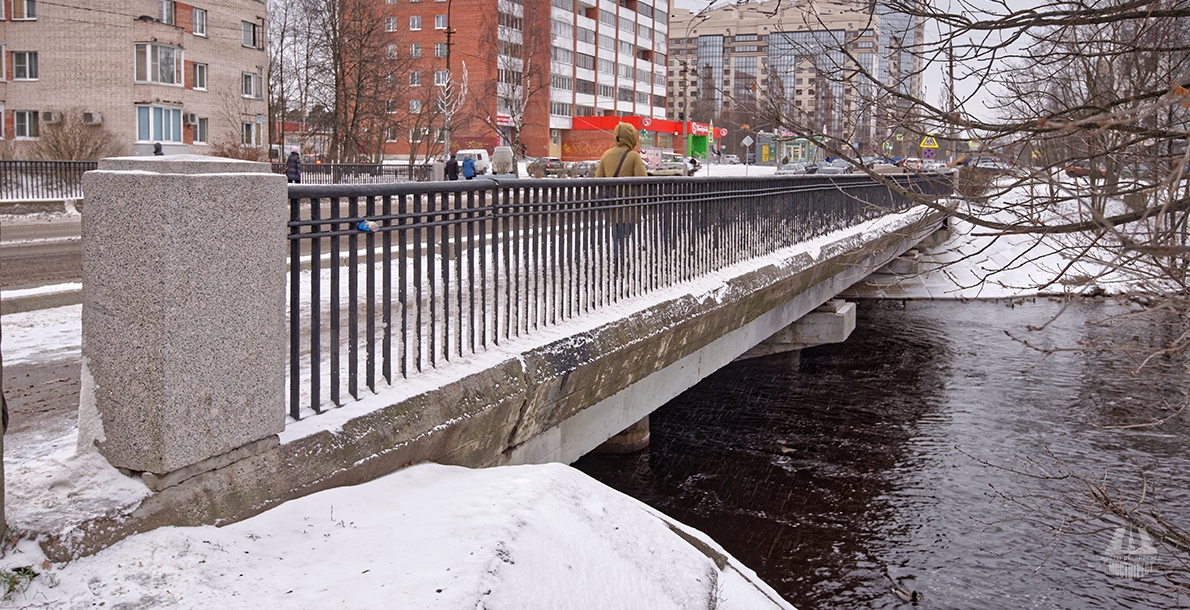 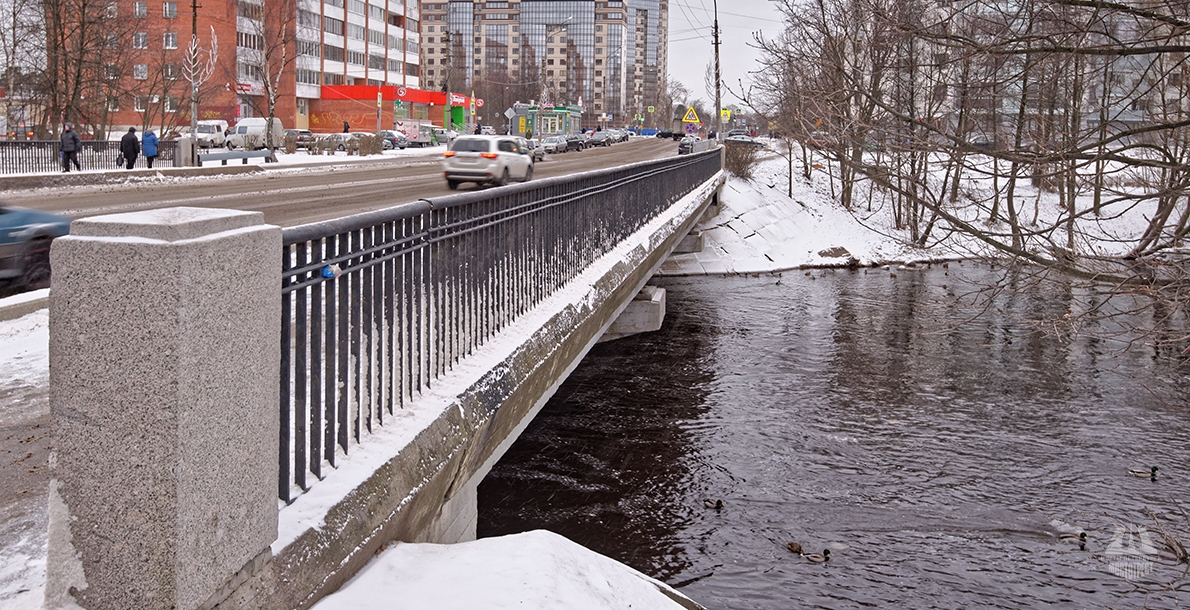 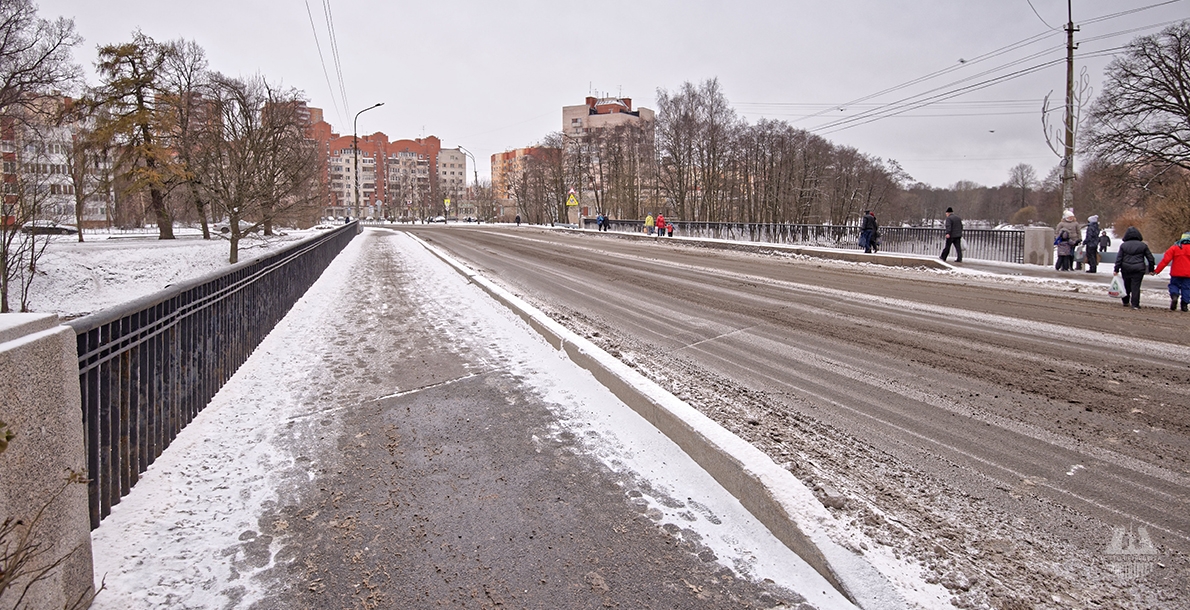 Liteyny Bridge in Sestroretsk, Kurortny District of St. Petersburg, is located on Tokarev Street, one of the main streets of the city. The bridge spans the Vodoslivnoy Canal and connects the center of Sestroretsk with the Gagarka District. There are vehicle and pedestrian zones on the bridge.

This is a reinforced concrete beam three-span bridge having four lanes for vehicular traffic (by two in each direction) and two sidewalks. This sufficiently satisfies the conditions of the densely populated area.

The navigable size in the middle span, which is equal to 3.2 meters from the ordinary level, provides the passage of small ships under the bridge.

Liteyny Bridge was built in 1975 to replace the old crossing which was built earlier on this site. It was a five-span wooden structure with metal spans made of the I-beams. The roadway width was equal to 7 meters with two sidewalks each of 0.75 meters wide.

The project of the new bridge was drawn up by the Lengiproinzhproject Institute. Authors of the project - engineer B.E. Dworkin, architect – L.A. Noskov.

The works of the bridge construction was done from January 1974 to June 1975 by the efforts of the SU-1 of Trust Lenmostostroy.

The new bridge at this location was needed due to the intensive multi-storey residential buildings located on the adjoining territory of Sestroretsk city, which required the construction of a bridge crossing providing the passage of significantly increased traffic of motor vehicles and pedestrians.