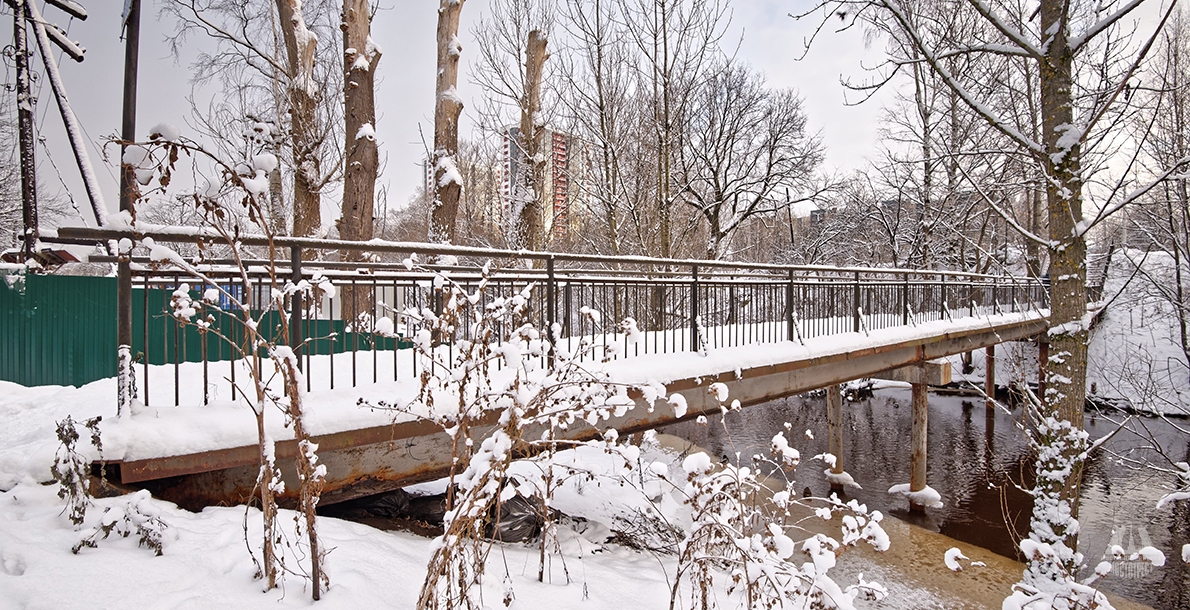 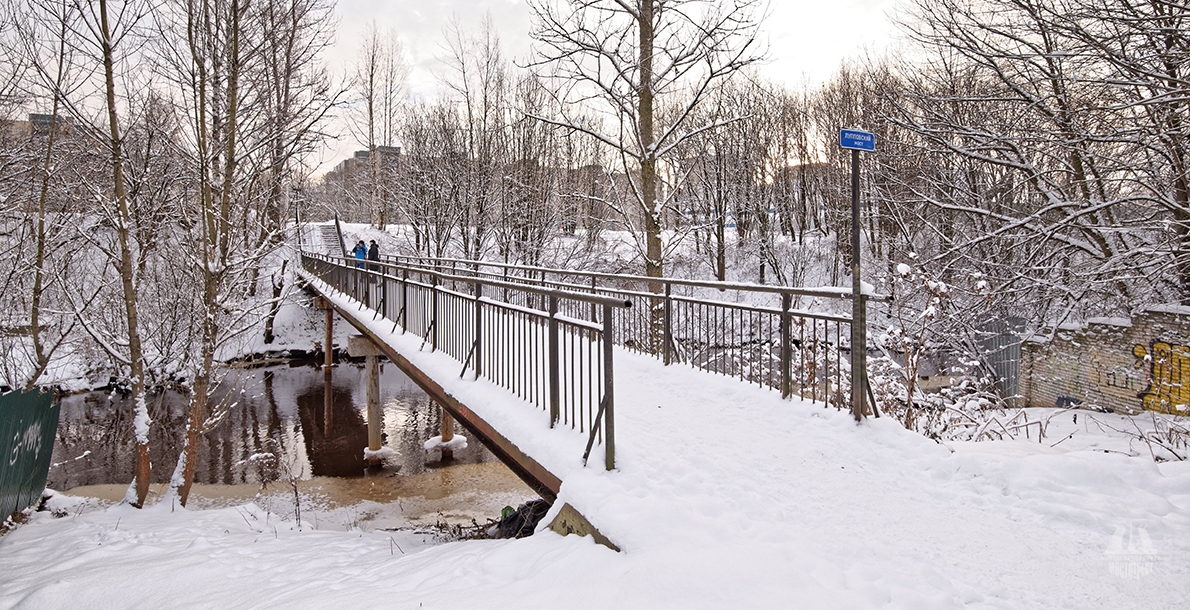 The first wooden pedestrian bridge was built there in 1929 for the residents of Porokhovye, so that they could visit the bath located on the right bank of the river. The bridge was a five-span wooden simple bridge. The superstructure consisted of wooden girders.

The abutments, support, superstructure and railing were wooden. To enter the bridge, a wooden stair of 5 m length was constructed.

In 1989 the bridge was rebuilt in a three-span metal simple bridge. Wooden stringers were replaced with welded metal I-beams.

The abutments are lightweight, reinforced concrete ones installed on pile foundation with natural slope. The intermediate supports are reinforced piled with capping.

There is metal railing of a simple pattern on the bridge.

Asphalt concrete pavement on orthotropic slab was laid on the sidewalk.

Nine bridges numerated downstream were existed across the Lubja River in the 1950s . Later new bridges were built and some were dismounted. In the 1960s the initial name the 1st-B Luppovsky Bridge appeared. And in 1997 Luppovsky Bridge received its first modern name. The name was given because other Luppovsky Bridges were renamed.