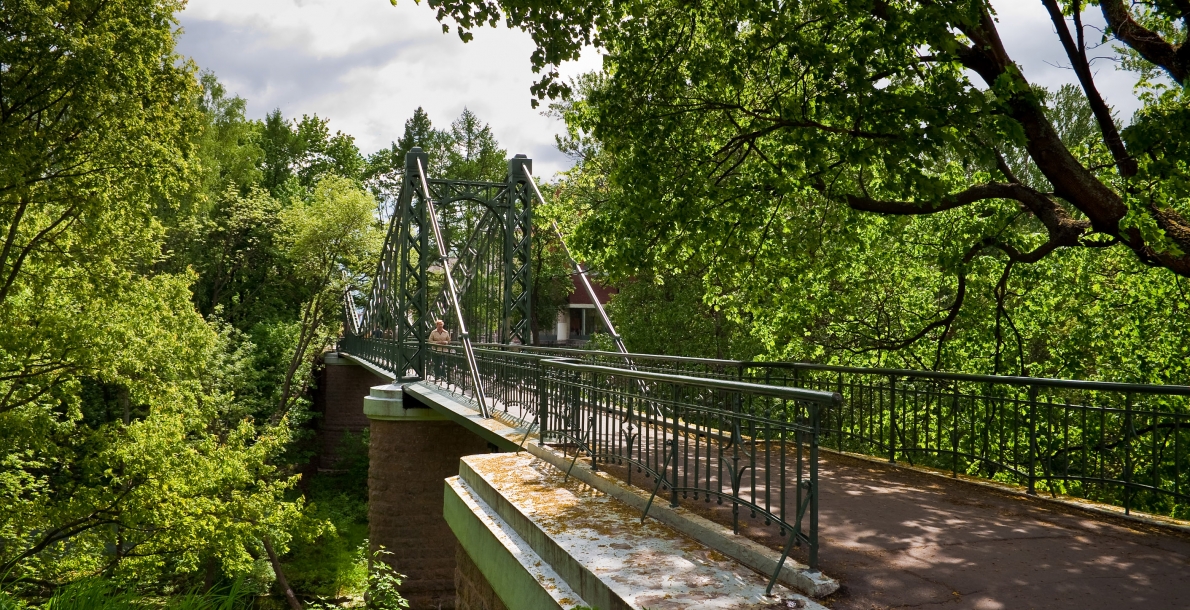 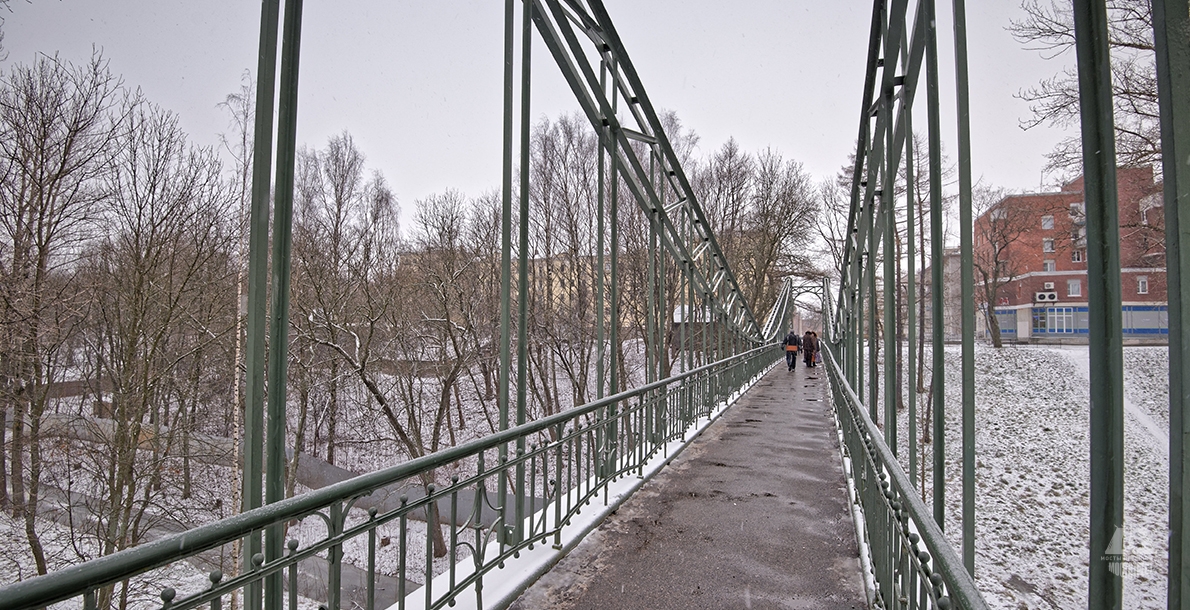 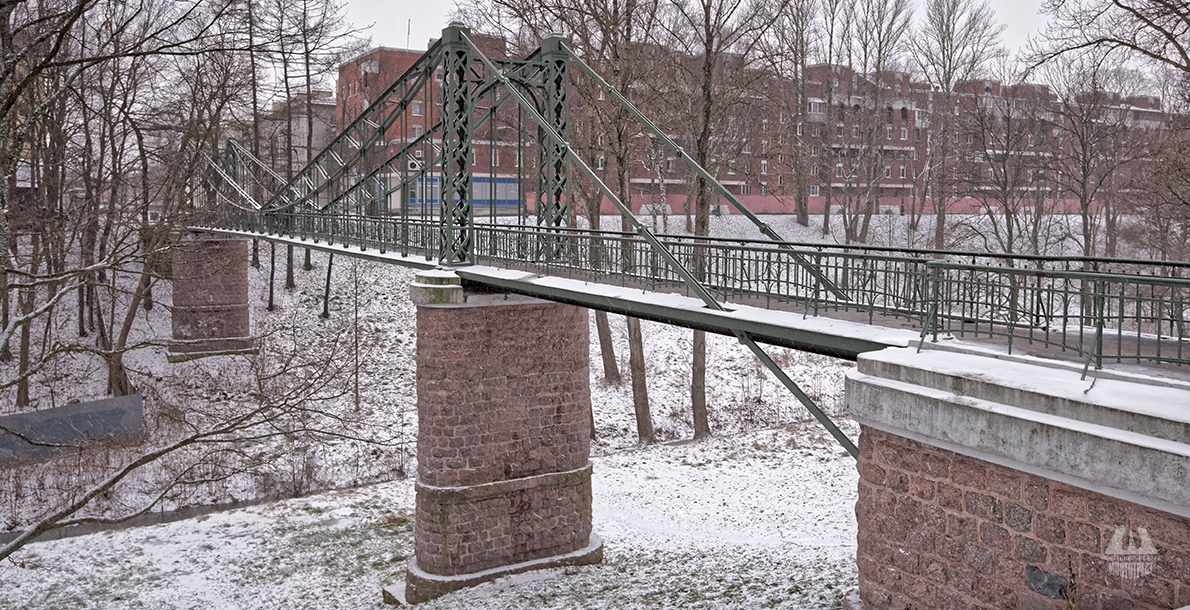 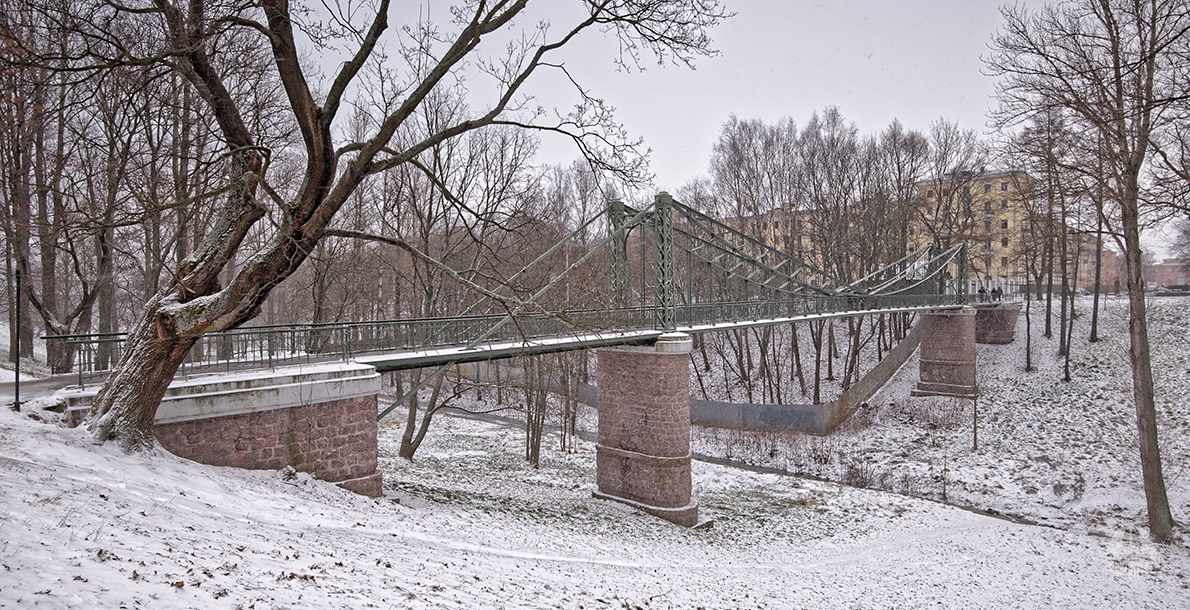 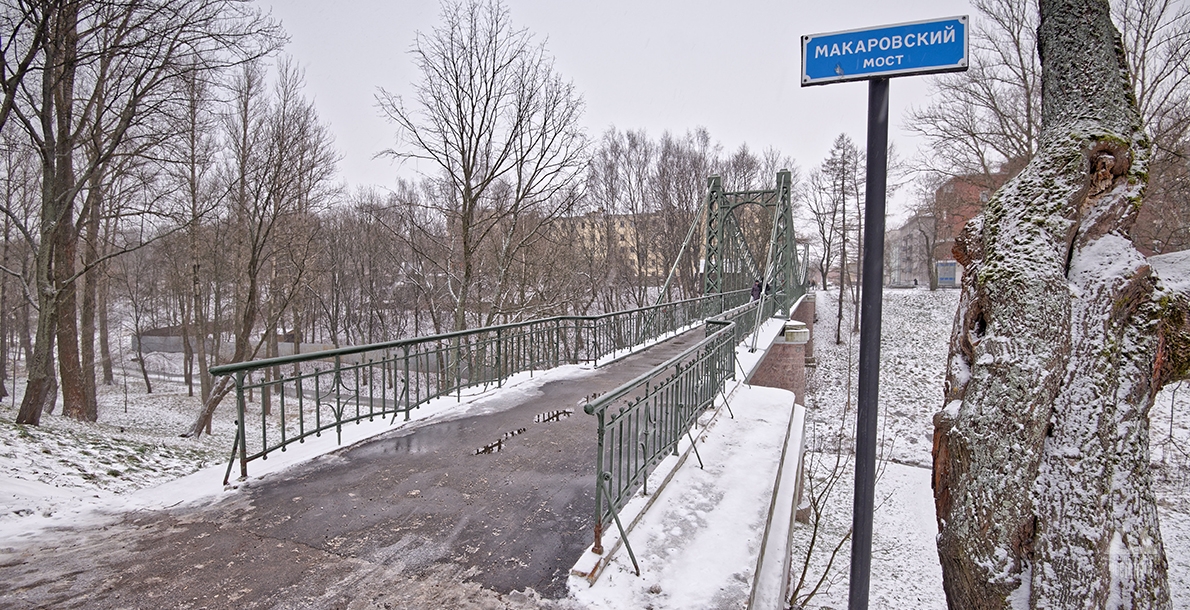 Makarovsky pedestrian bridge over the Petrovsky Ovrag ditch is located in the center of Kronstadt. It connects Yakornaya Square and Red Street.

The bridge consists of three spans; the central span is a suspension one of original design. There are welded metal structures.

The side spans and the sidewalk have a metal deck with asphalt concrete pavement.

The bridge is a monument of history and architecture of the XX century. The bridge is under the state protection.

The bridge was assembled by workers of Kronstadtsky Steamship yard in just 3 months.

In 1968 the survey results have shown that the bridge is an emergency condition. In the absence of any care of the structure, complete corrosive destruction of the elements of the sidewalk, suspensions, beams and side spans was found. It was recommended to close the bridge for the traffic and perform its major repair.

In 1971 the Lengiproinzhproject Institute (author – B.E. Dworkin) performed the major repair of the bridge by the efforts of Kronstadtsky Shipyard. The span structures and pylons were replaced. The supports, which condition was found to be satisfactory, were reconstructed in the upper part to the extent necessary to secure pylons and rope guys in them. The facing of disassembled parts of the supports were restored in the original appearance. The principal dimensions of the structure, appearance and static scheme of the spans have been preserved.