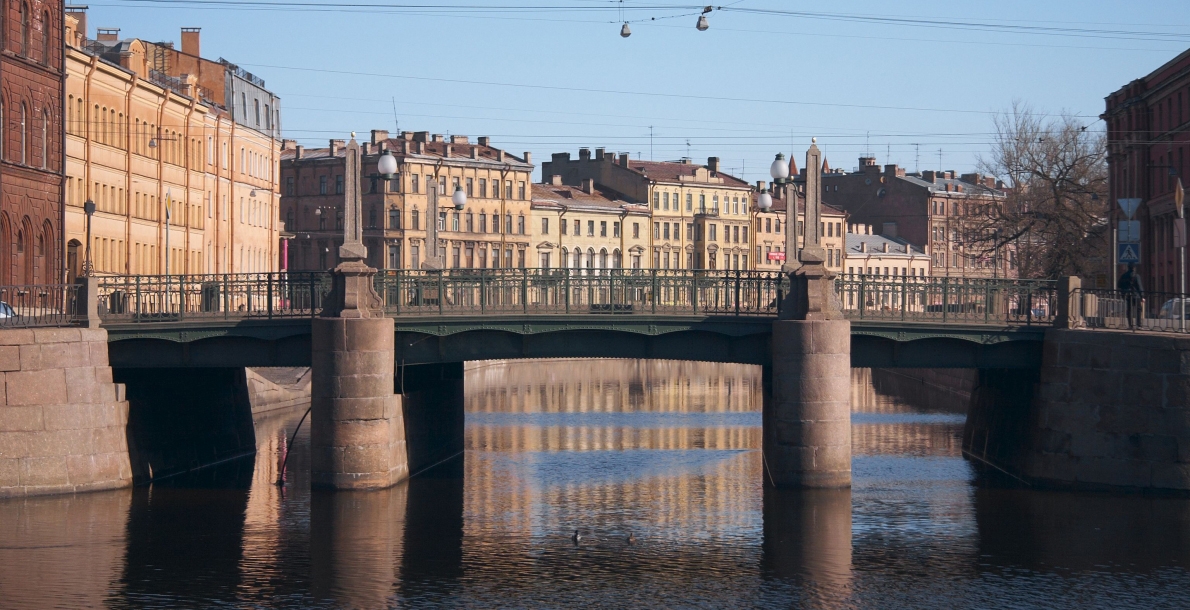 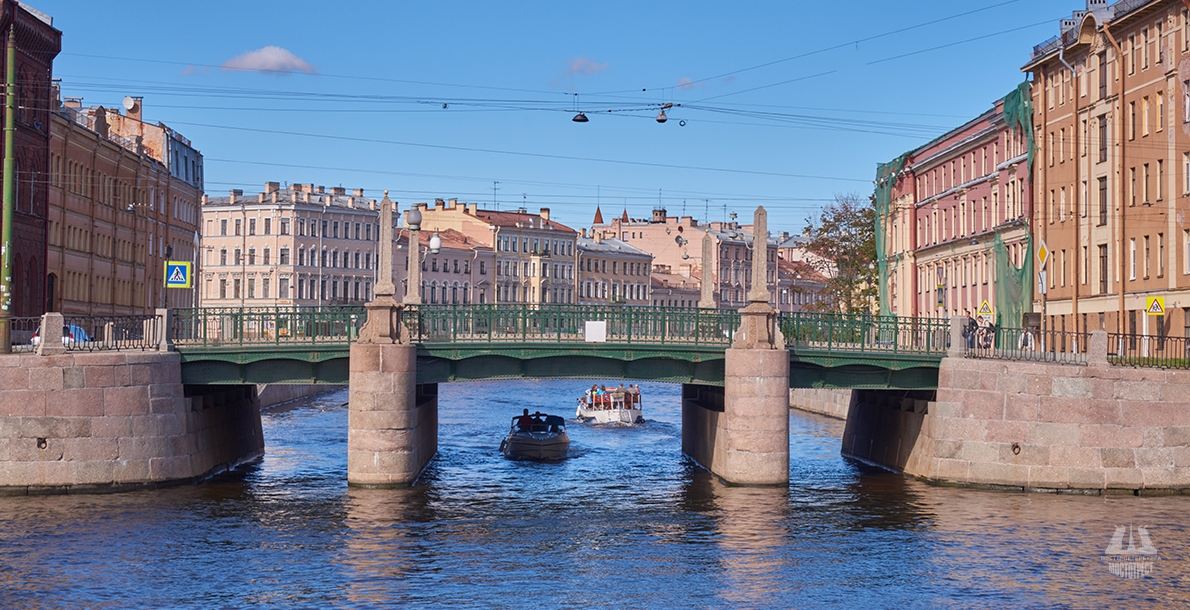 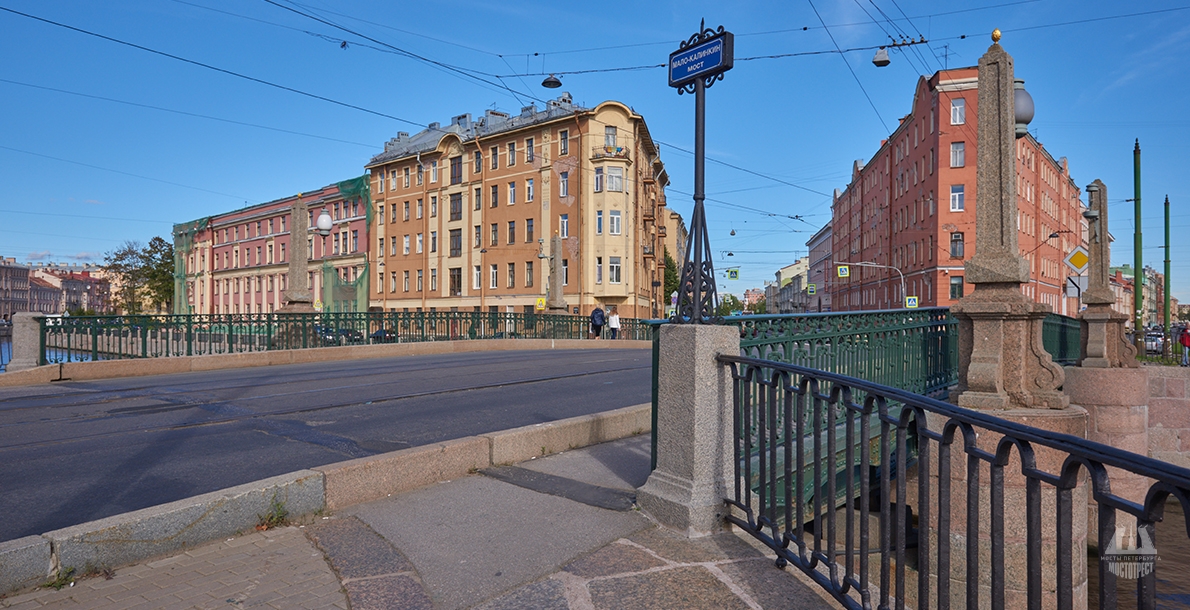 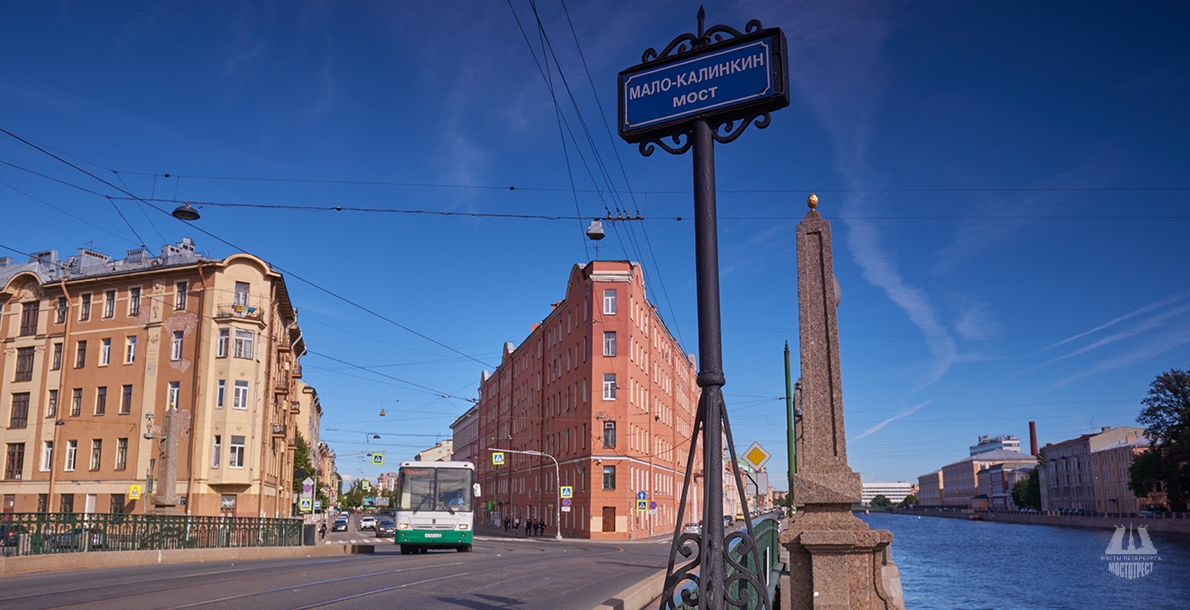 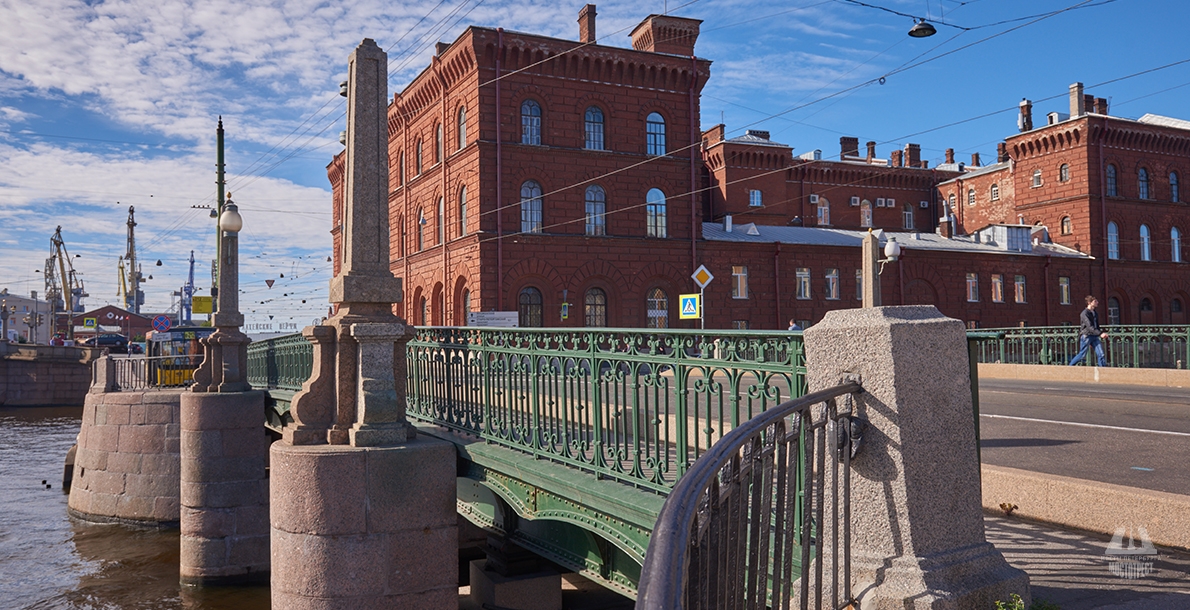 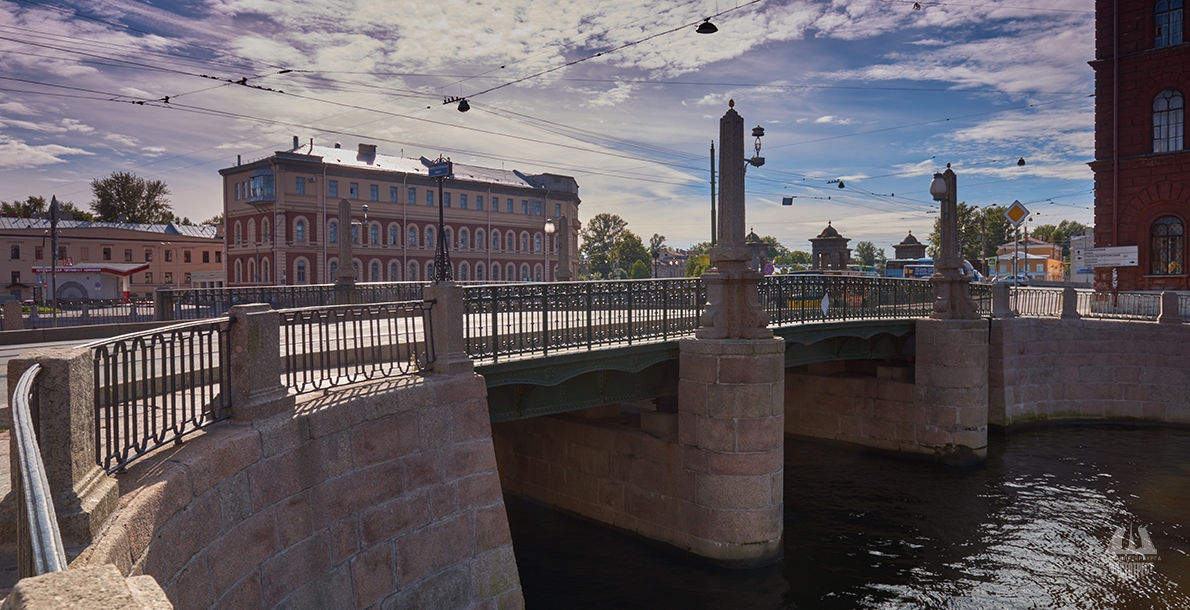 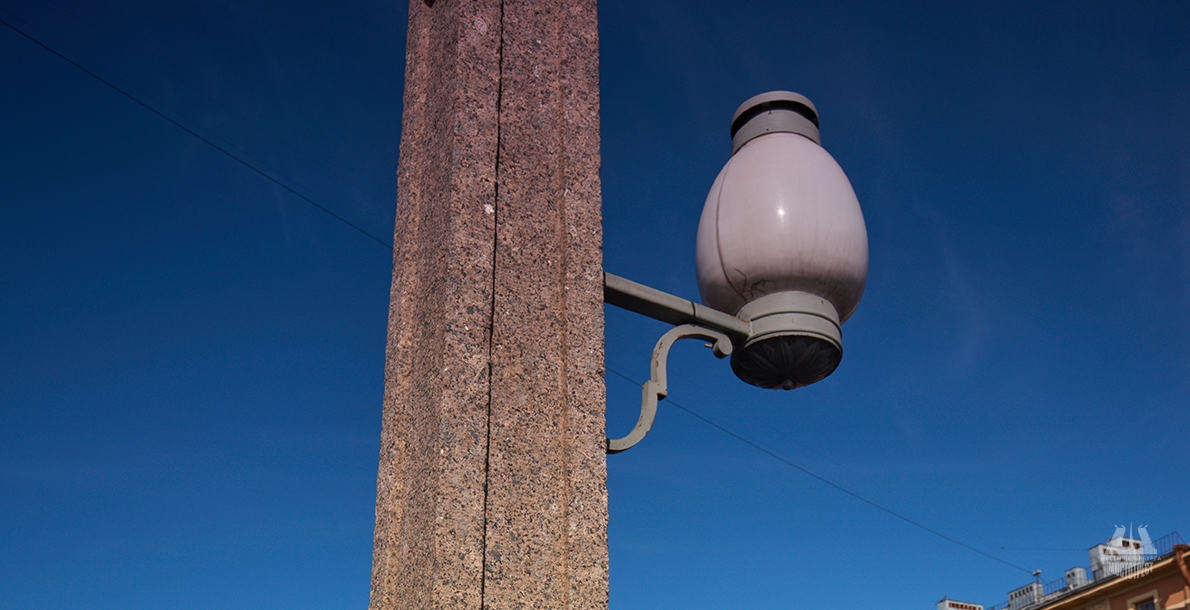 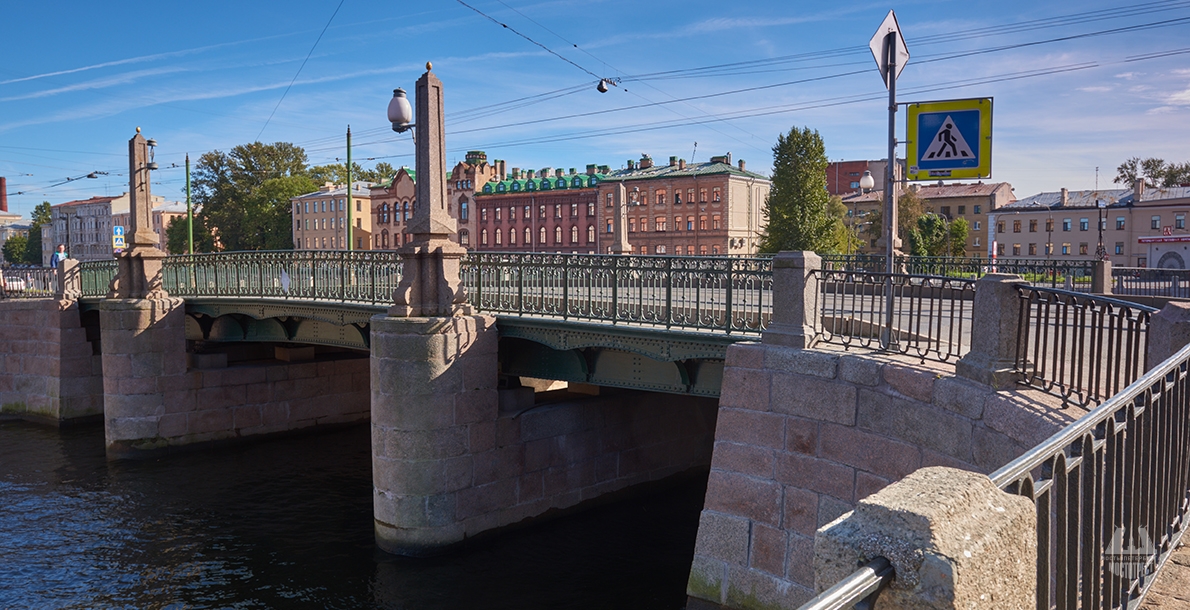 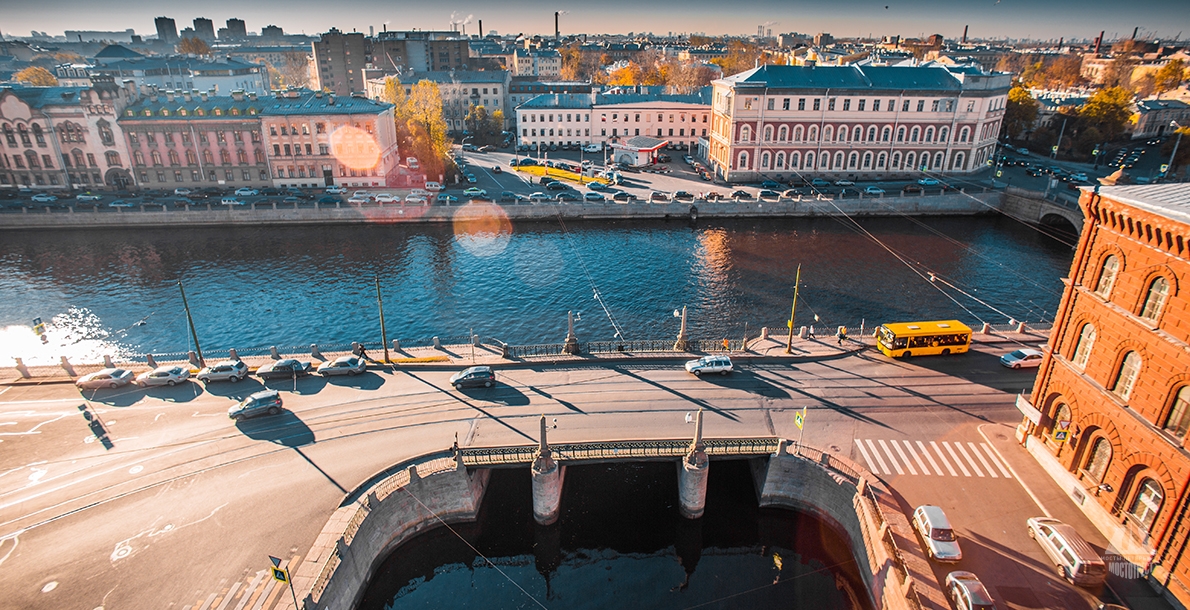 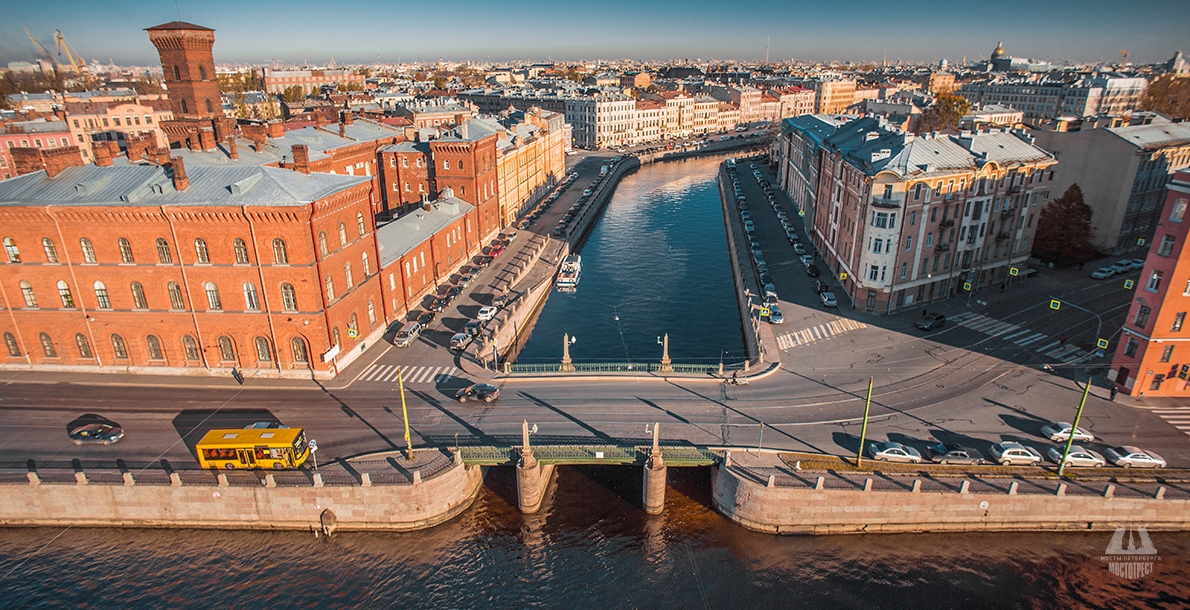 The names of all Kalinkin bridges (Staro-Kalinkin, Malo-Kalinkin, Novo-Kalinkin) come from the Finnish name of village (existed in the XVII century) in the lower reach of the Fontanka River - Kallina. In the early years of St. Petersburg construction the name of the village was redone in the Russian style and became known Kalinkin, hence the name of the bridges.

The first bridge across Griboyedov Canal in the place of its confluence to the Fontanka River was built during granite facing of the canal shores in 1783. Engineer I.N. Borisov became the author of the project. He used a model project, which in the original version can be seen in Pikalov Bridge.

In 1907-1908, in connection with the laying of tram tracks, the bridge was widened up to 16.2 m. The stone pillars was repaired with driving of additional piles. The wooden superstructure was replaced by a metal beam three-span continuous one. Bottom of central span beams has a concave shape along a circular curve. To prevent lifting of the beam ends under load to the centre part of the bridge, cast iron counterweights are fixed to the beams ends. There is an asphaltic concrete pavement on the bridge.

There is forged railing of a simple pattern. Granite obelisks with lanterns, restored in 1952, under the project of architect A.L. Rotach, are installed on intermediate supports.

In 1970 gold-plated ends on granite obelisks were restored.

In 1980 elevated granite curb was installed.

In 1993 repair and restoration work of the railing from the upstream were performed.

The next major repair of the crossing took place in 2007. Stand lamps and obelisks were repaired; foundations were strengthened; gratings and railing were repaired; roadway, tram tracks, water supply, sewerage were repaired.

There is a well-known fact that in the XIX century young people often fixed more fisticuffs at Malo-Kalinkin Bridge. Only the arrival of the horsed policemen finished this competition in the power. 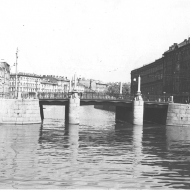 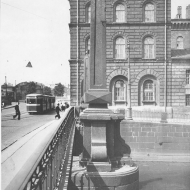 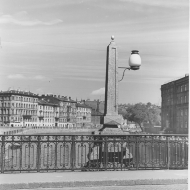 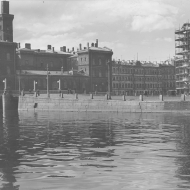