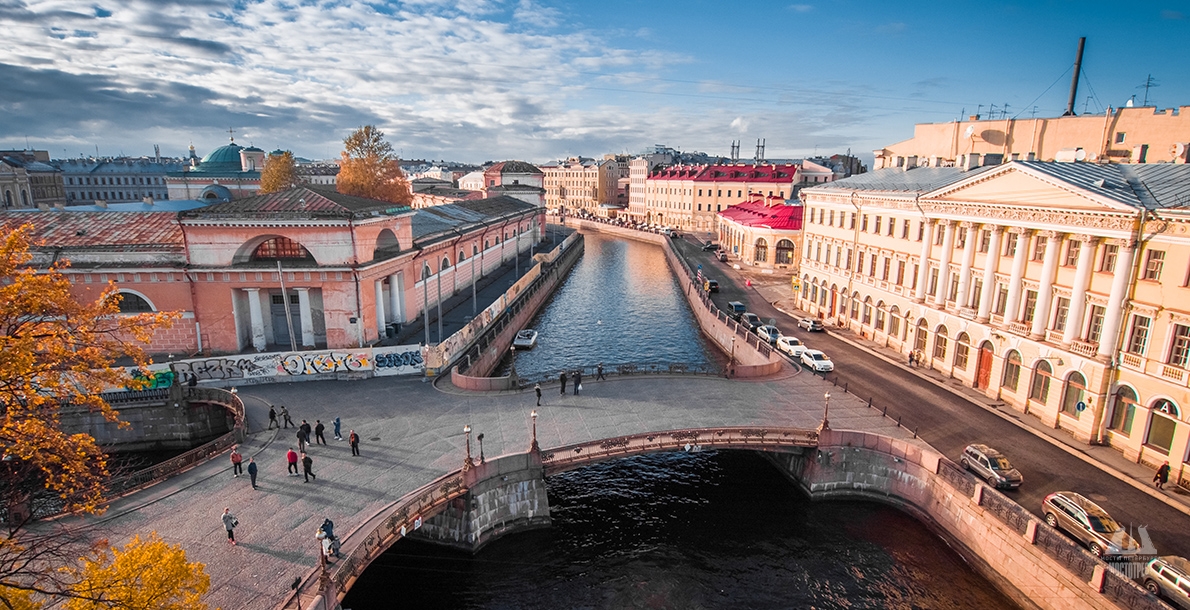 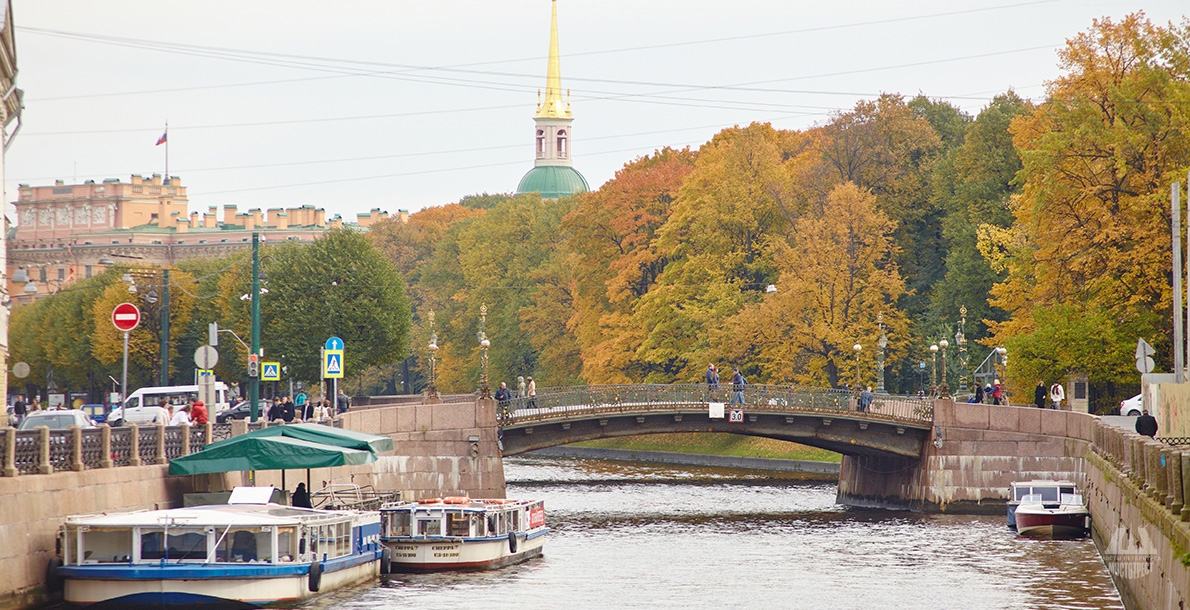 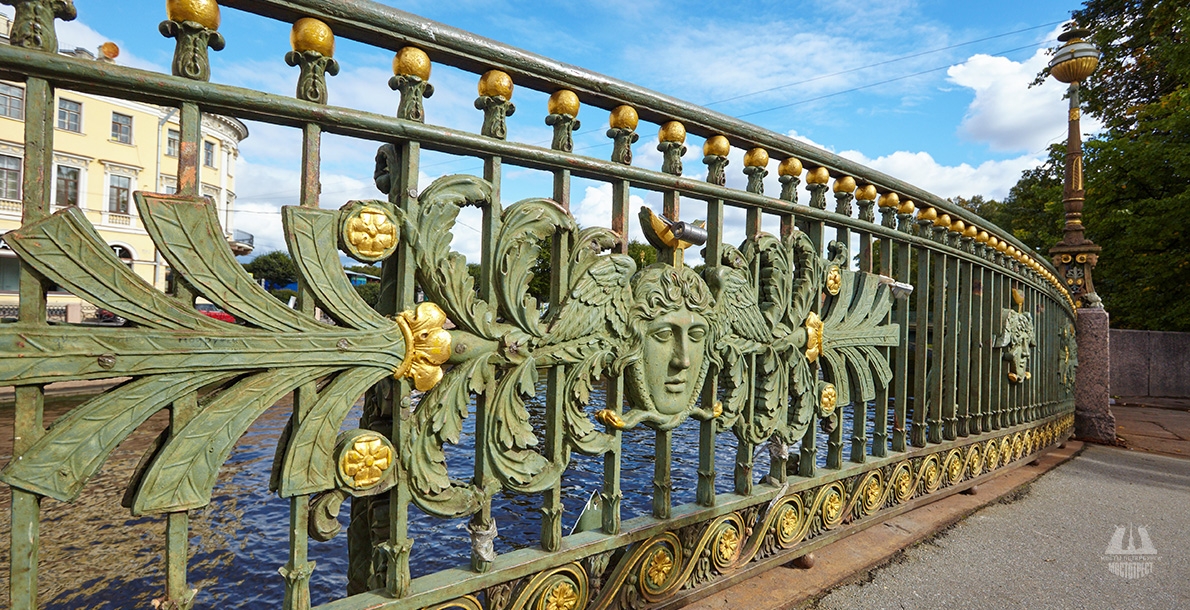 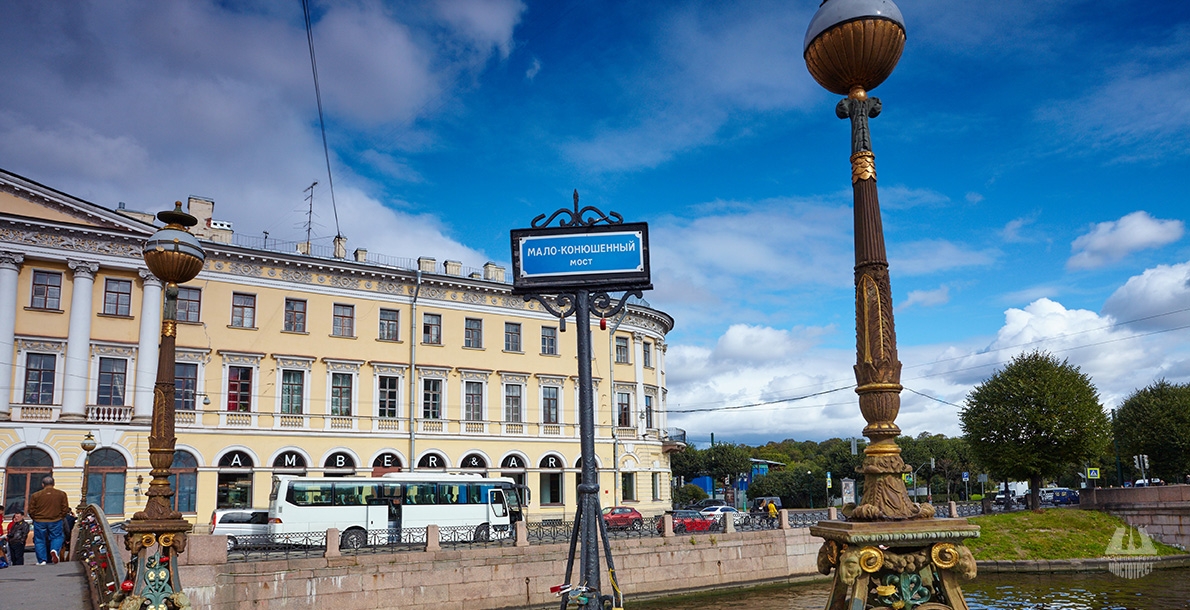 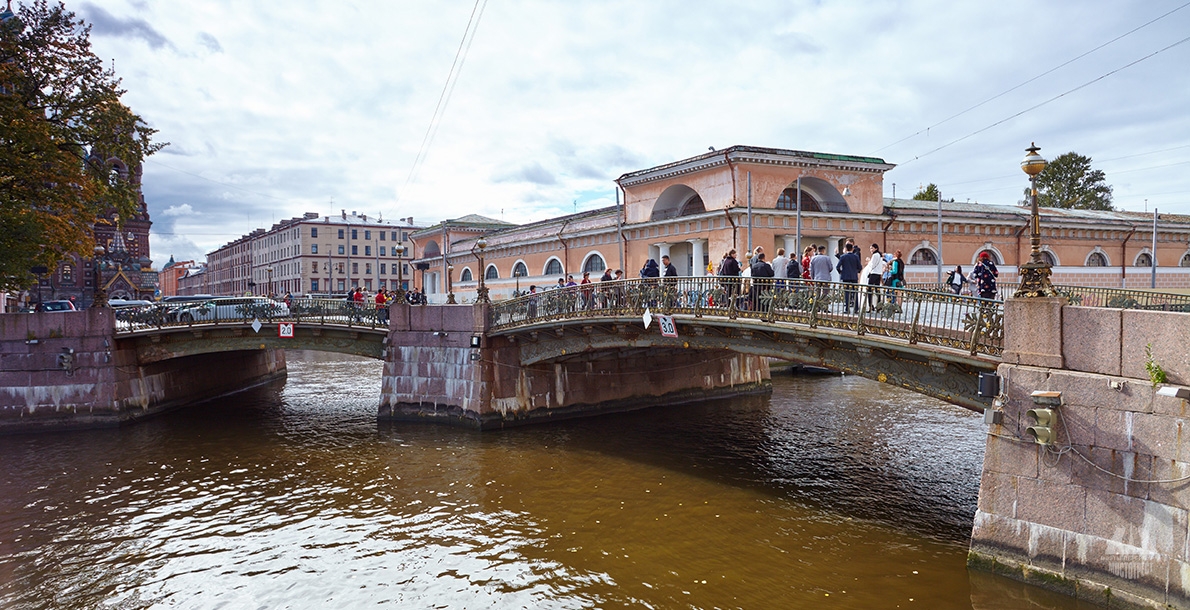 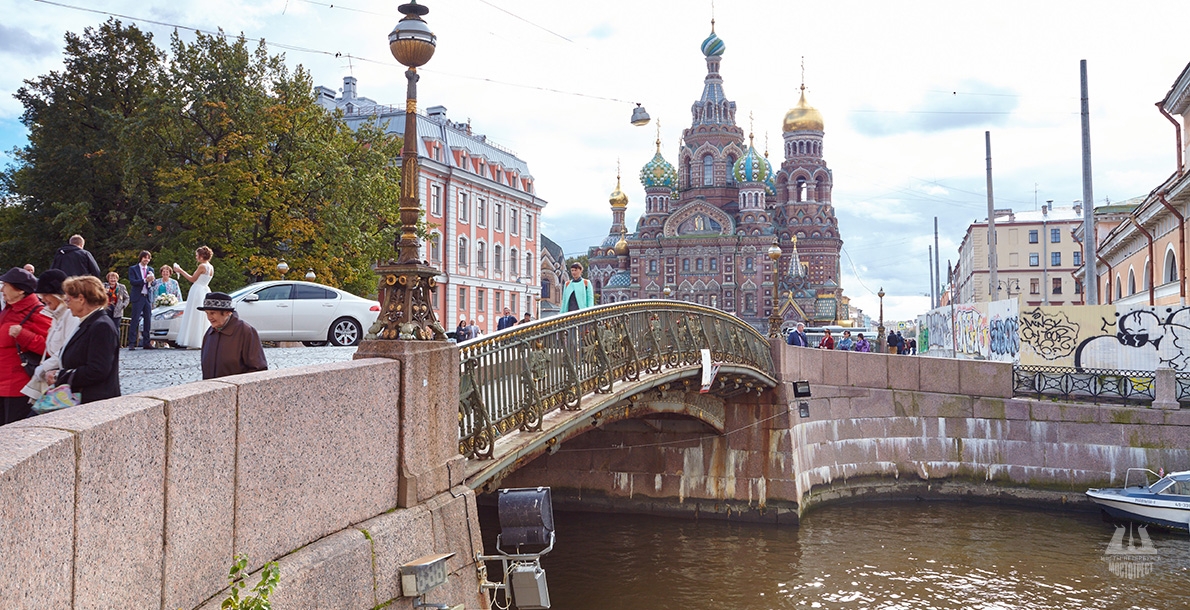 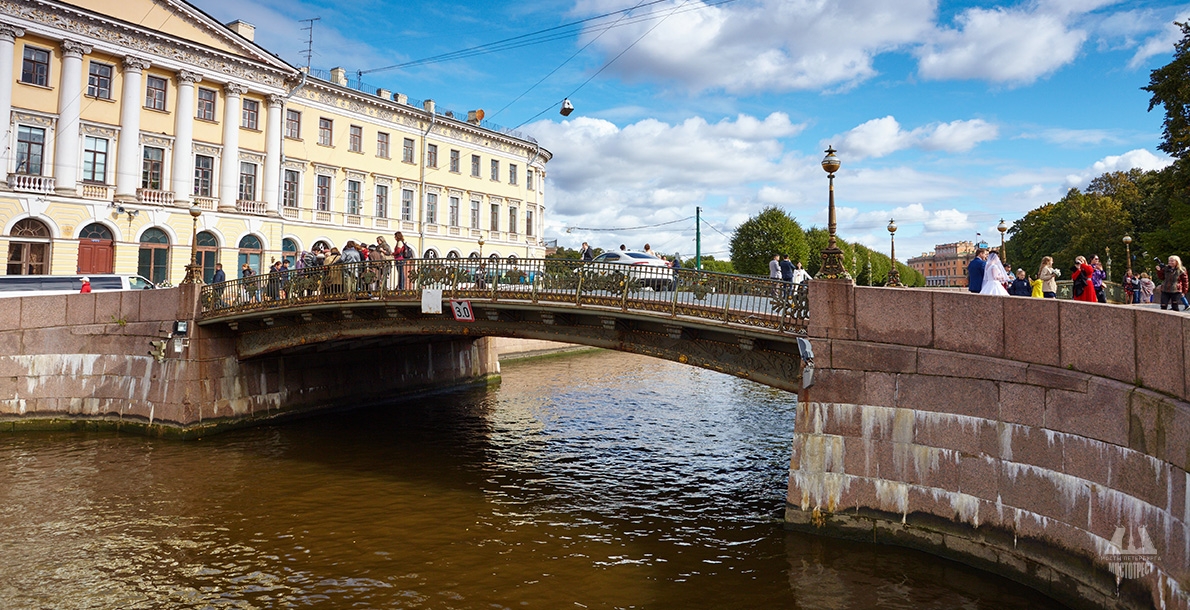 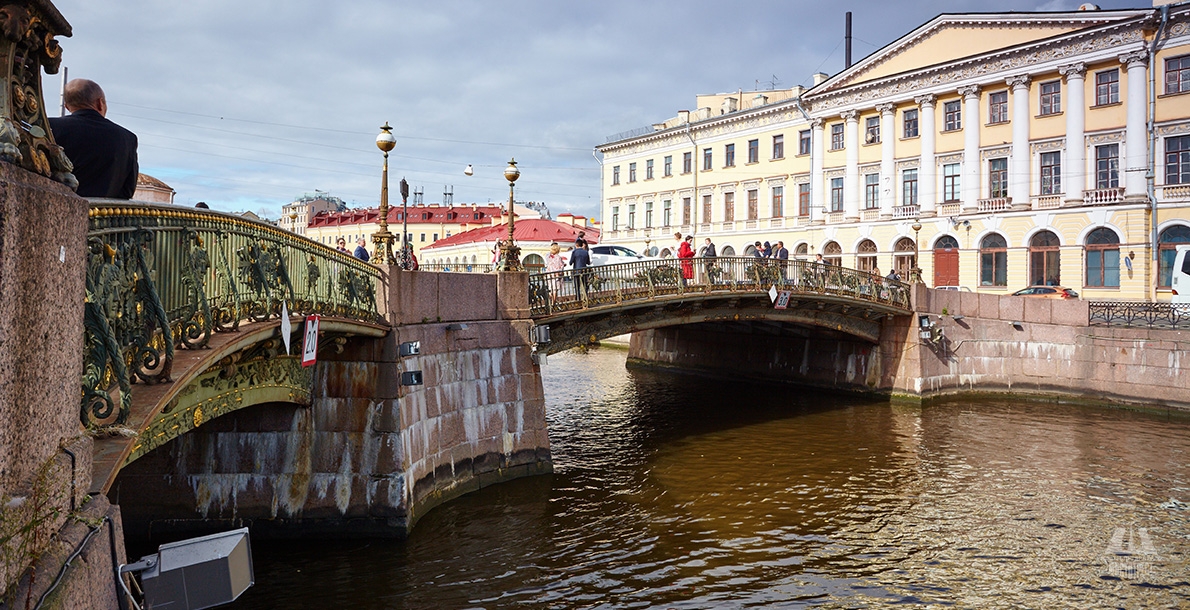 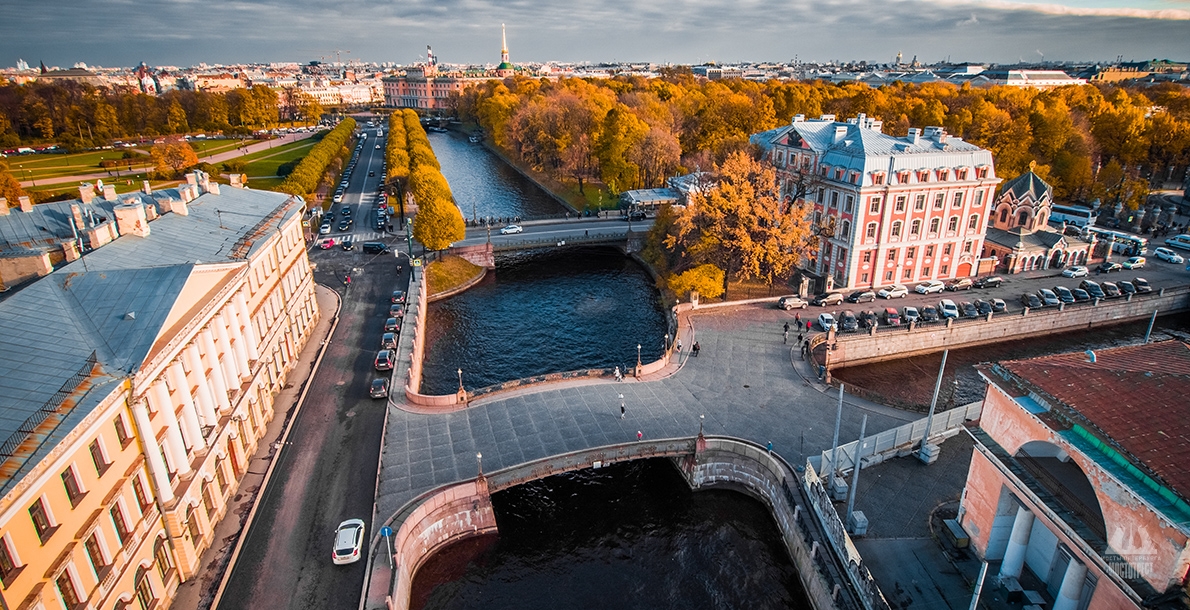 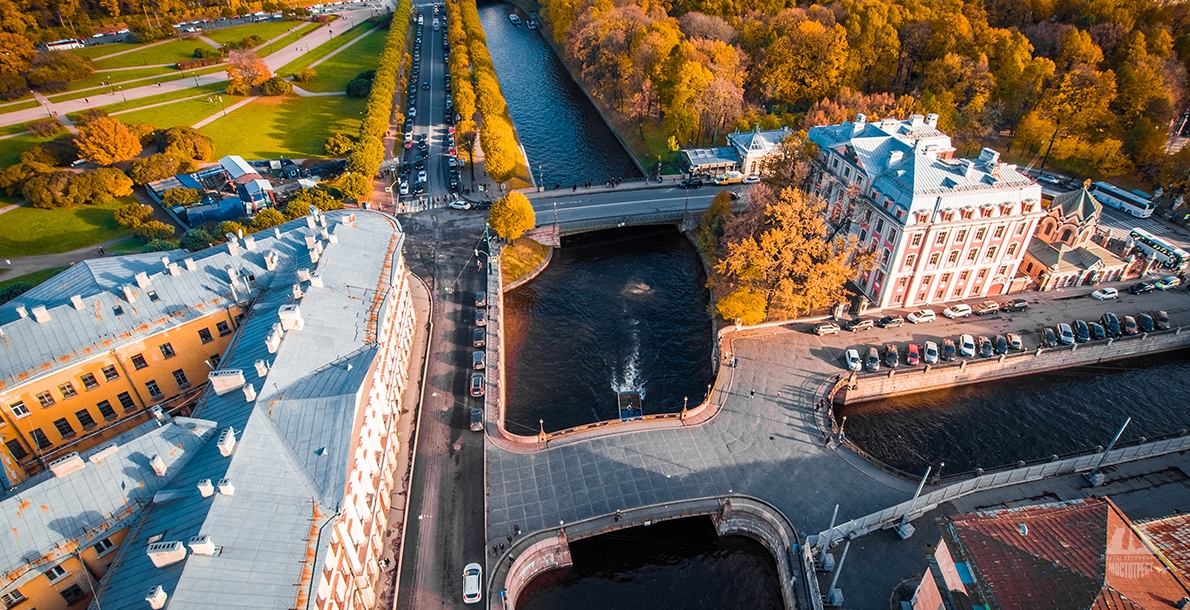 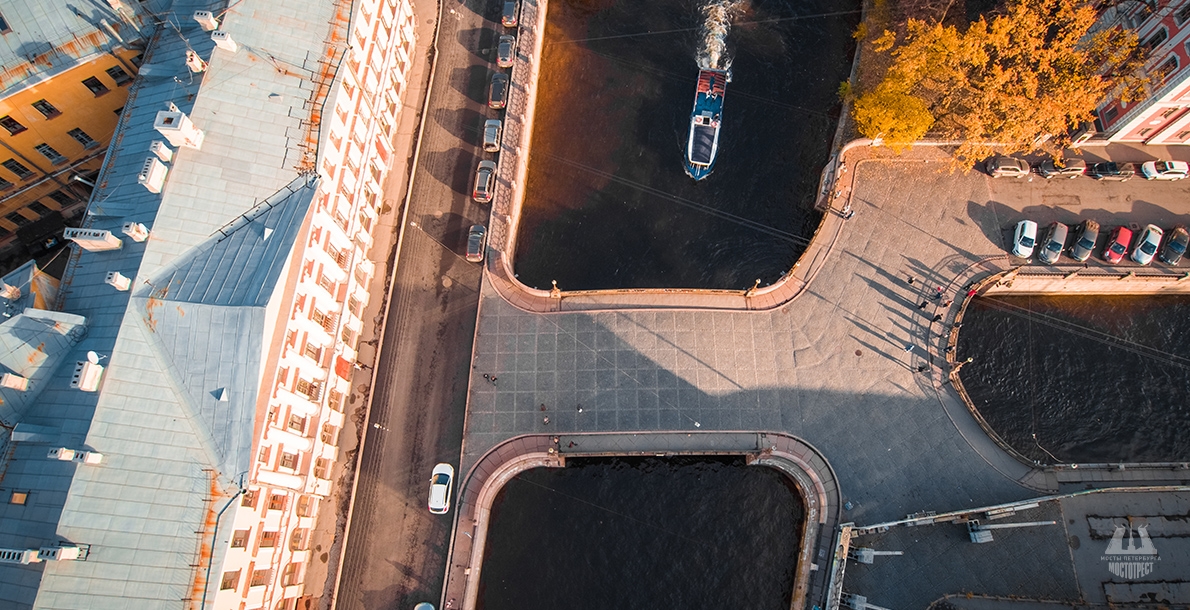 Malo-Konyushenny Bridge is a part of the unique pavement composition "Triple Bridge" in the Central District of St. Petersburg. It is located in confluence of the Griboyedov Canal and the Moyka River.

At the beginning of the ХVIIIth century prior to construction of permanent cast iron bridges, at this place, across the head of the Catherine Canal, a wooden drawbridge was built, which was named Malo-Konyushenny Bridge, after the Stables buildings located nearby. Next to this bridge on the continuation of the former Tsaritsynskaya Street (now Zapadny Proezd along the Field of Mars) a wooden lifting the 1st Konyushenny, subsequently Theatre Bridge, was there across the Moyka River, roughly on the site of the 2nd Sadovy bridge. At the end of the XVIII century, these bridges were rebuilt in 3-span wooden bridges on stone supports. These bridges are mainly made possible the movement between the King's Garden and the land on the left bank of the Moyka River.

In 1819 it was planned to rebuild the bridges into the cast iron ones under the project of engineer W.I. Haste. Cast iron tubing for the superstructures of the bridges were ordered on Olonetsky plant, but due to the tremendous work on the redevelopment of the area surrounding the Mikhailovsky Castle, bridge construction has been delayed, and cast iron tubing made were used for the construction of Bolshoy Konyushenny Bridge.

In 1829-1830 a new project was developed, under which two bridges located across two watercourses, merged into a single unusual architectural and planning composition, which provides a convenient connection between the Field of Mars and the Konyushennaya Square and normal traffic along the Griboyedov Canal embankment. This explains the common name of these bridges, representing the composition of the bridge 2 "three arch", "triple", "three-arch", "three bridges".

Superstructure of Malo-Konyushenny Bridge was collected from 8 arches by seven tubings in each one. Joints between cast-iron elements were filled with putty, which included sulfur, ammonia, and cast iron filings. There were massive, stone abutments and intermediate support on pile foundation, faced with granite. The span facades were decorated with relief superstructures, cast iron ornaments. There was a complex artistic casting railing. At the entrances to the bridge and at intermediate support high granite obelisks were installed, which due of the inconvenience of their service, were replaced by elegant beautiful lampposts - round lamps with bulges in the middle of the rods.

In 1936 after 106 years of exploitation, the bridge was first repaired: Insulation was replaced, the roadway was covered with kleinplasfer, sidewalks - with asphalt, and granite curb was installed.

In 1990-1997 under the project of Lengiproinzhproject a major repair of the bridge was carried out, which resulted in load-bearing structures reinforcement to withstand modern loads, diabase paving and all the architectural details were restored.

The original historical appearance of the bridge was preserved. The bridge is guarded by the Committee on State Control Use and Protection of Historical and Cultural Landmarks. 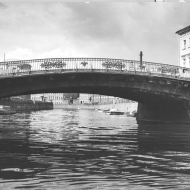 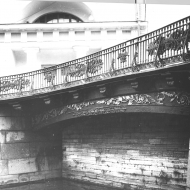 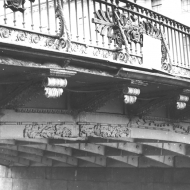 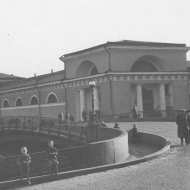 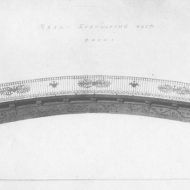 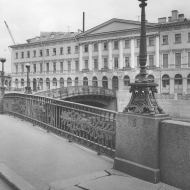