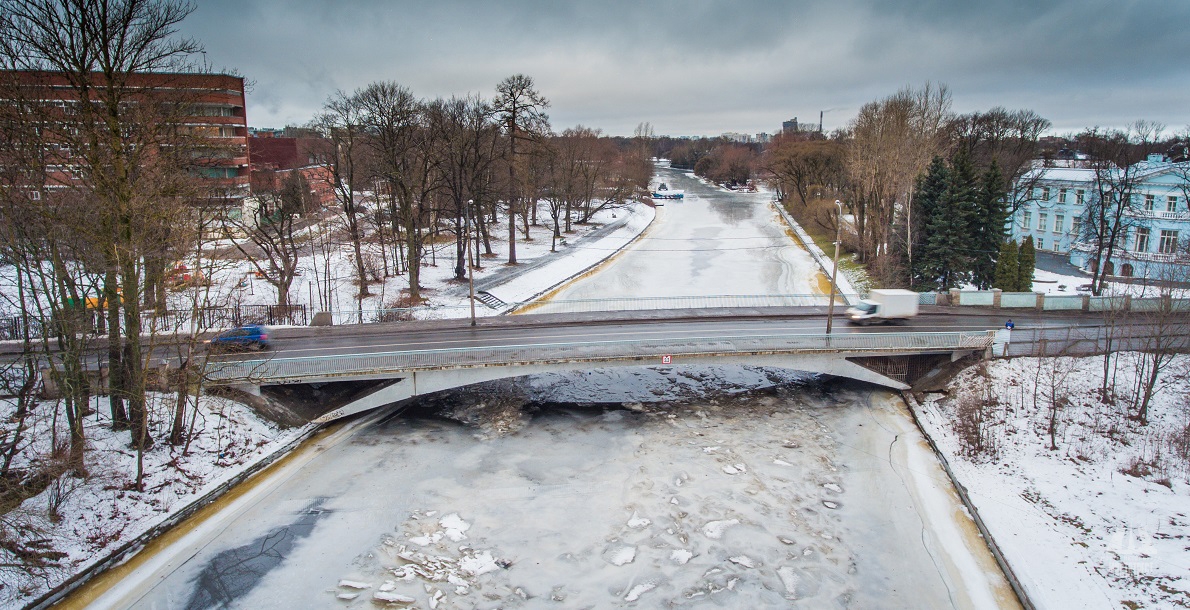 There in 1817 a three-span wooden beam bridge with wooden girders on pile supports was built which was repaired several times.

In 1940-1941 the bridge was rebuilt in a three-span simple bridge with metal superstructure on wooden pile supports. The covering was wooden one on wooden crossbars.

In 1961 the wooden bridge was rebuilt again into a single-span reinforced concrete two-hinged arch one.

The superstructure consists of an arch in the riverbed part and braced spandrels of the two coastal superstructures of beam type. An arch is a span structure consisting of six arch beams with transversal ribs. The shore spans are prefabricated ones and consist of 20 concrete beams with prestressed reinforcement. The bridge abutments are massive ones, made of monolithic reinforced concrete on pile foundation. The span structure includes a reinforced concrete slabs. The roadway is covered with asphalt concrete pavement; sidewalks – with sand asphalt. The sidewalk is separated from the roadway with granite kerb. The metal pedestrian railings are installed on the bridge.

In this construction for the first time new simple architectural forms and designs were applied to achieve the minimum dimensions of double-hinged arch elements. This is one of the most original bridge constructions in St. Petersburg.