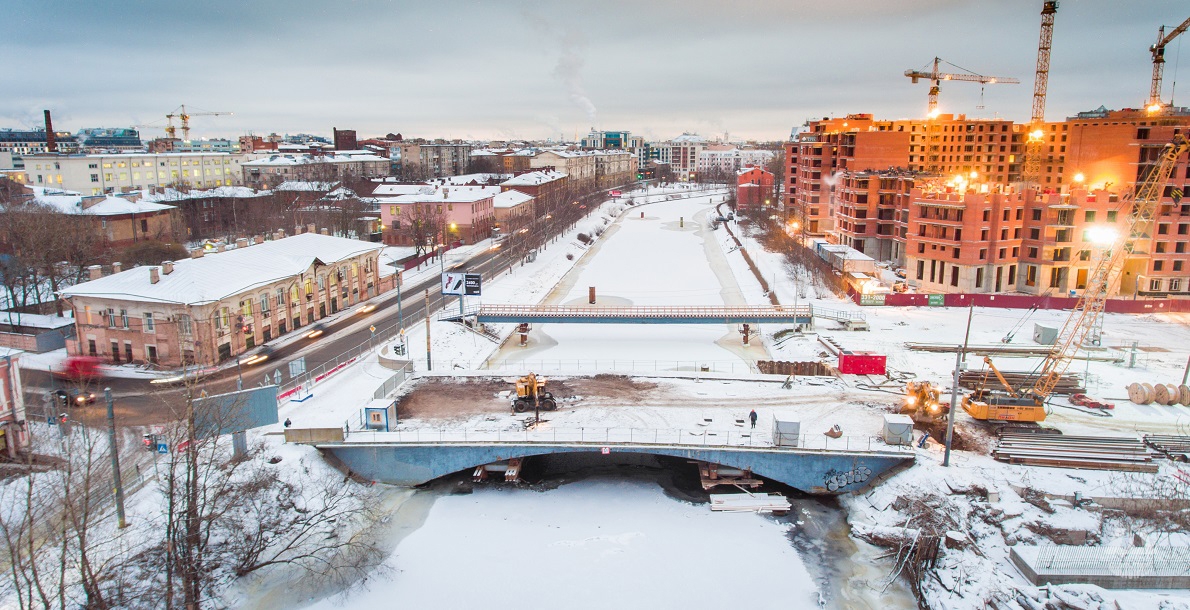 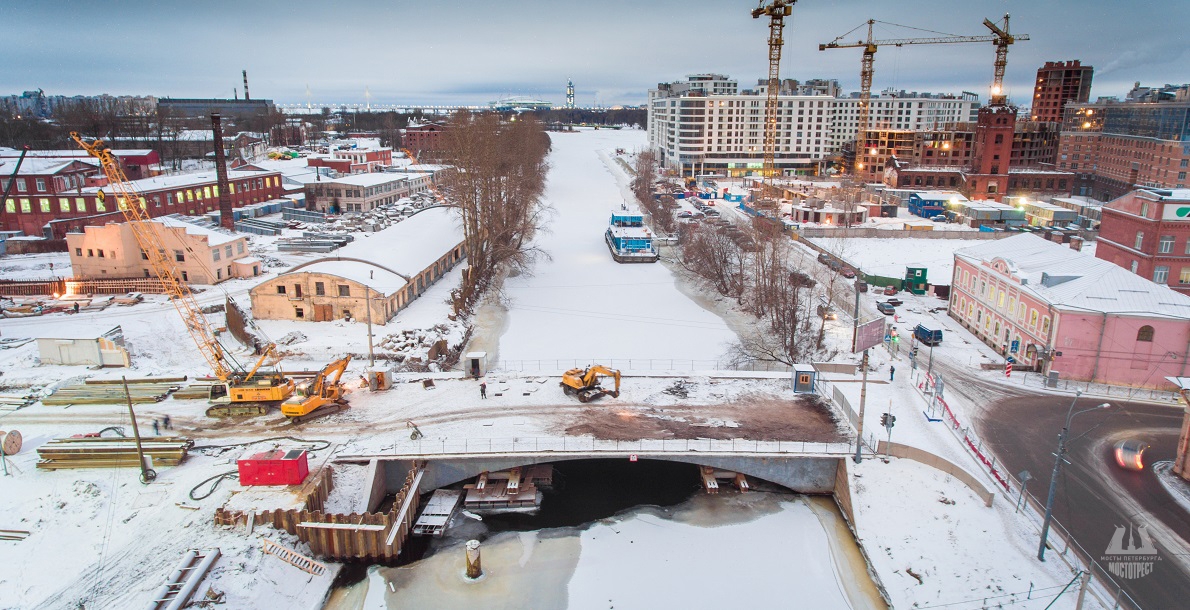 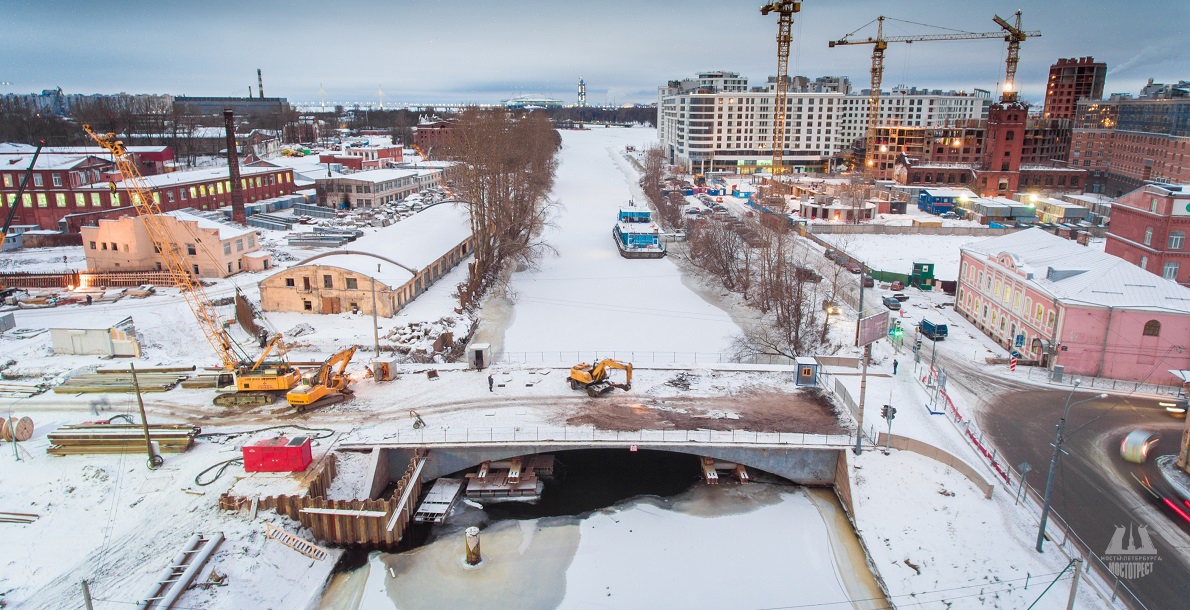 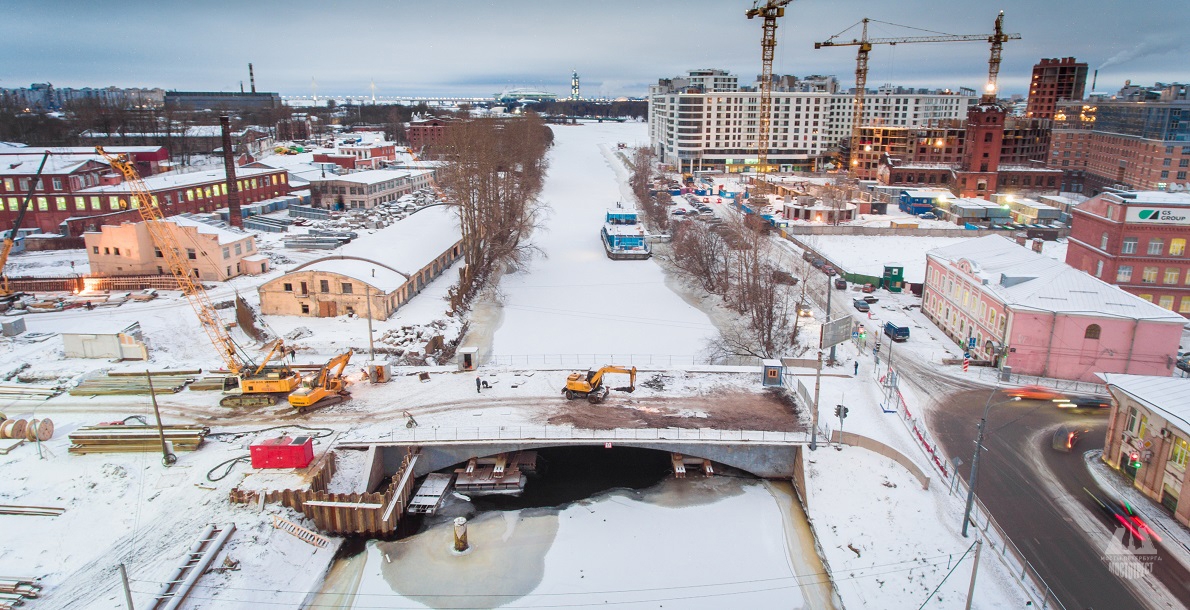 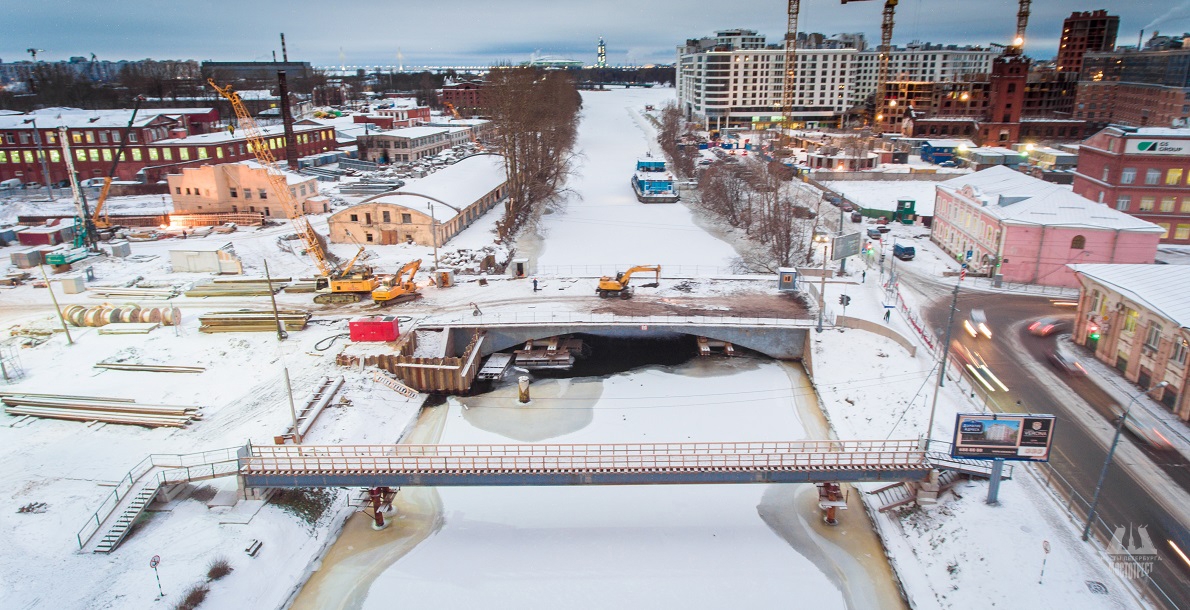 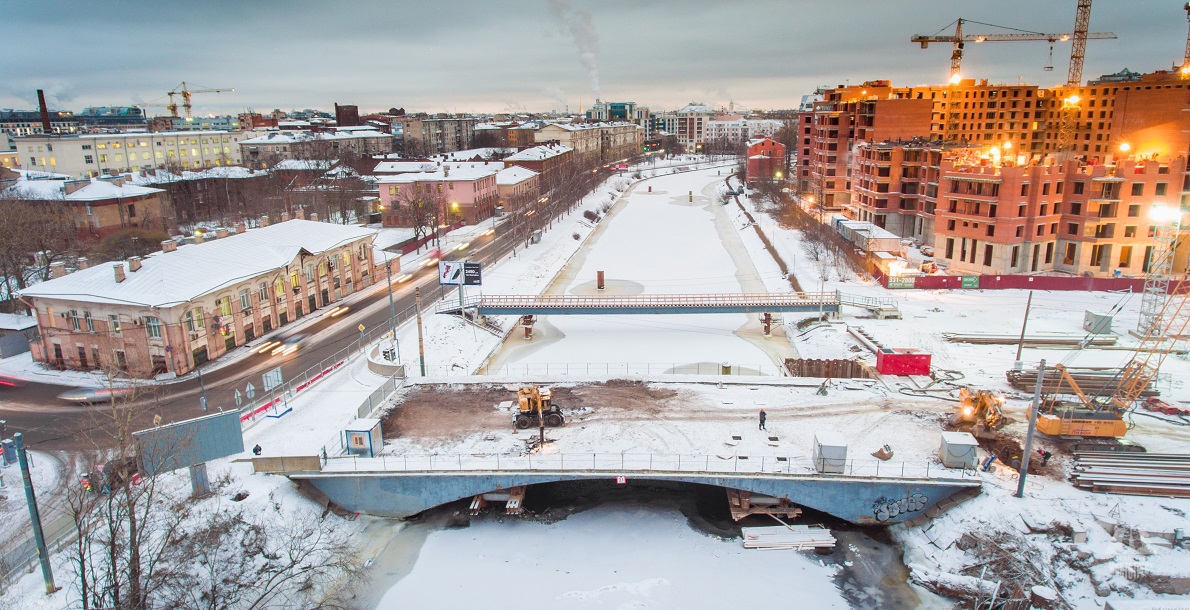 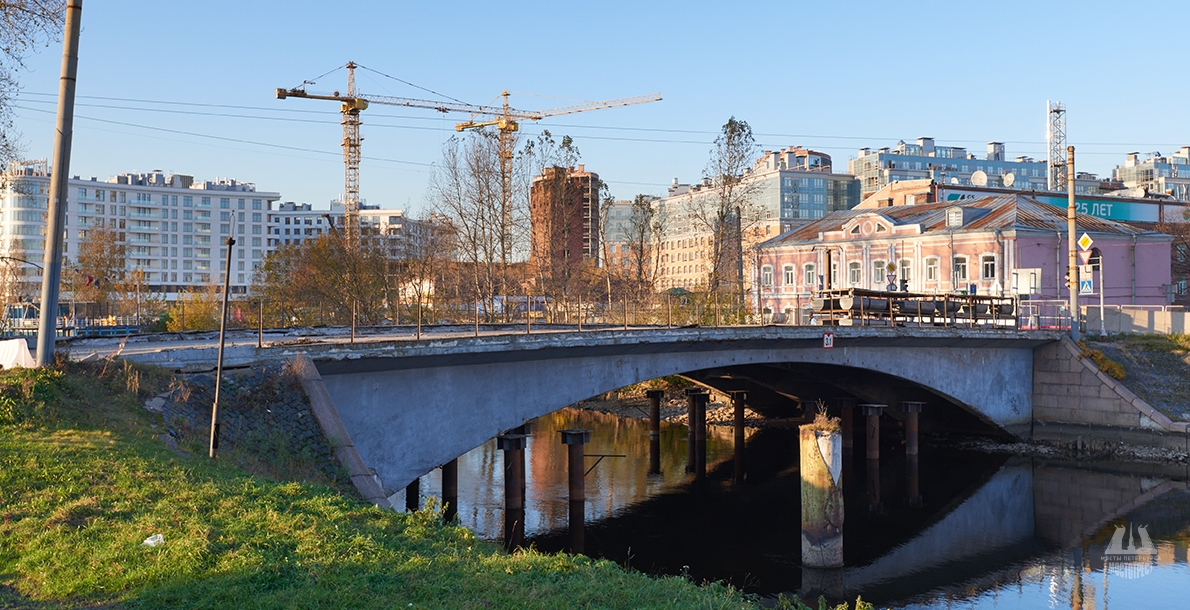 Malo-Petrovsky bridge connects Novoladozhskaya and Remeslennaya streets. Its name is connected to neighboring Petrov Island, which, in queue, was named so because some day in was possessed personally by Peter I.

In 1828 seven-span wooden strut-framed bridge existed here. The bridge length was 90 meters, and width 8.2 meters. The superstructure was made of wooden girders composed of two timber bars. Supports are wooden, piled. Timber decking was laid along the bridge sections. Railing consisted of wooden strengthening lines and posts.

In 1842 the bridge overhaul was made without superstructure replacement, and in 1883, the bridge was fully reconstructed.

In 1928, due to tram line laying to Petrov Island, the wooden bridge was reconstructed to single-span concrete hingeless arch bridge. This was one of the first reinforced concrete bridges in Saint-Petersburg in 1930s.

The bridge superstructure represents construction consisting of four disk arches, which merge with reinforced concrete slab of the roadway in the catch, and convert to abutment counterforces in toes. The bridge has concrete abutments on pile foundation. Railing in the form of solid reinforced concrete parapet is installed on the bridge. There is an asphalt concrete pavement.

It should be mentioned that the place appeared narrow and inconvenient for intensive traffic on the road fork of Krestovsky Island and Petrovskaya Kosa. City jams, hard to be bypassed, often form here. However, considering that bridge road leads to new-buildings, one can expect that this interchange will be reconstructed in future.