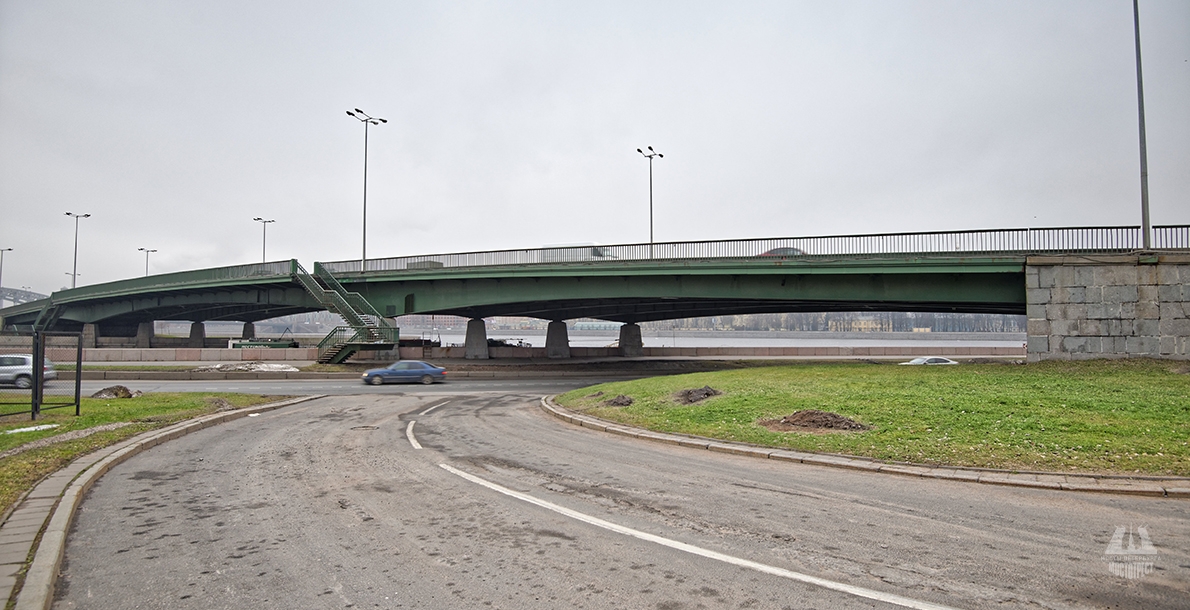 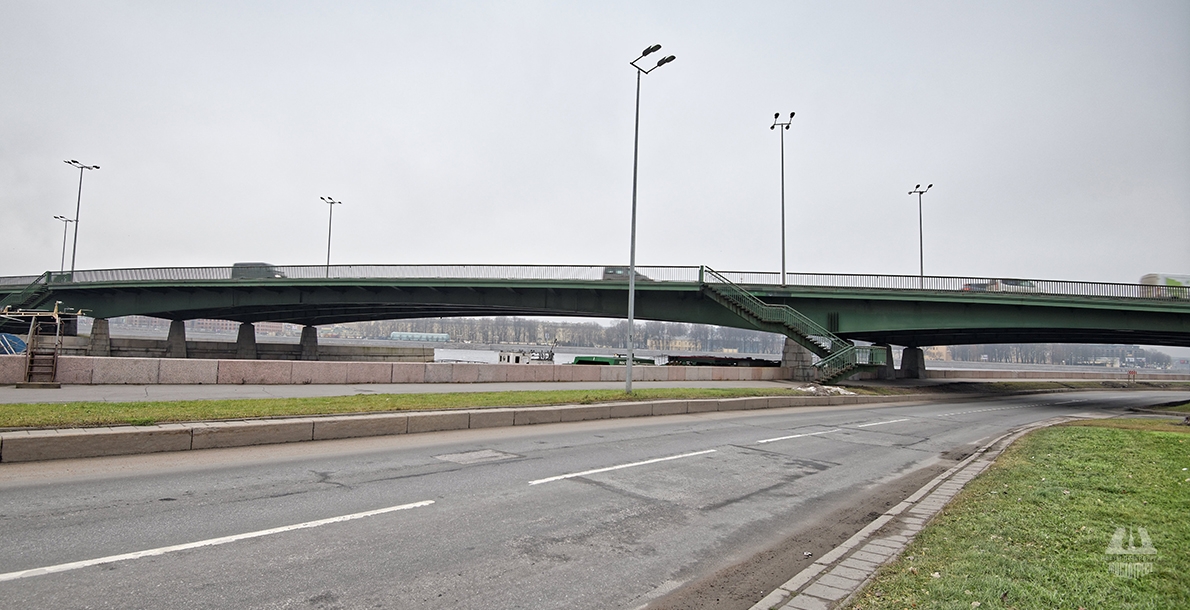 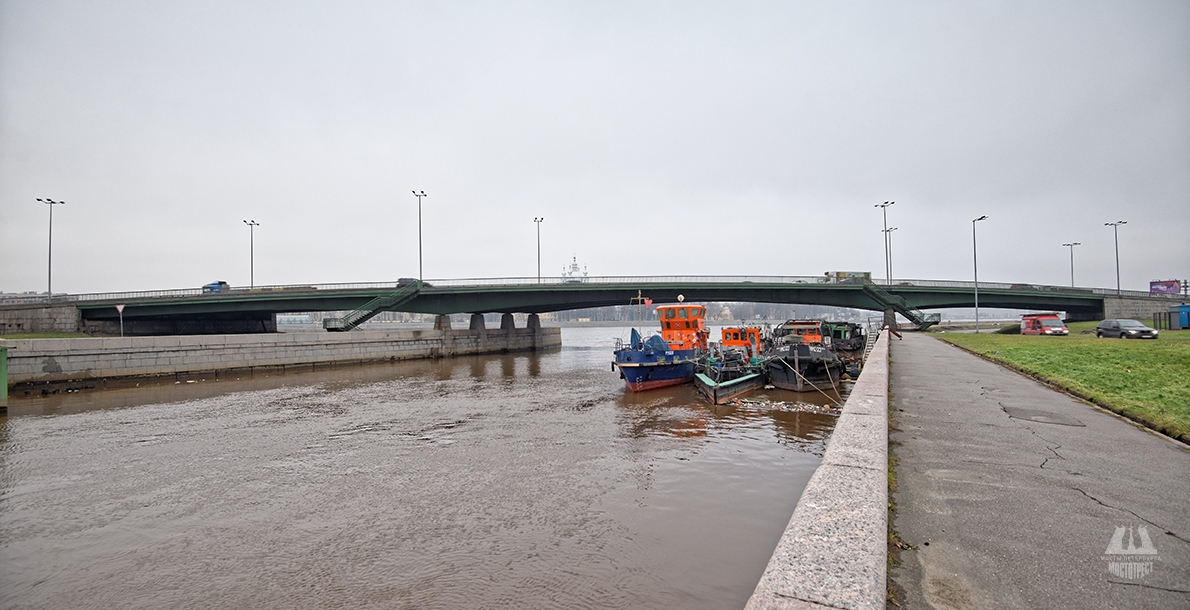 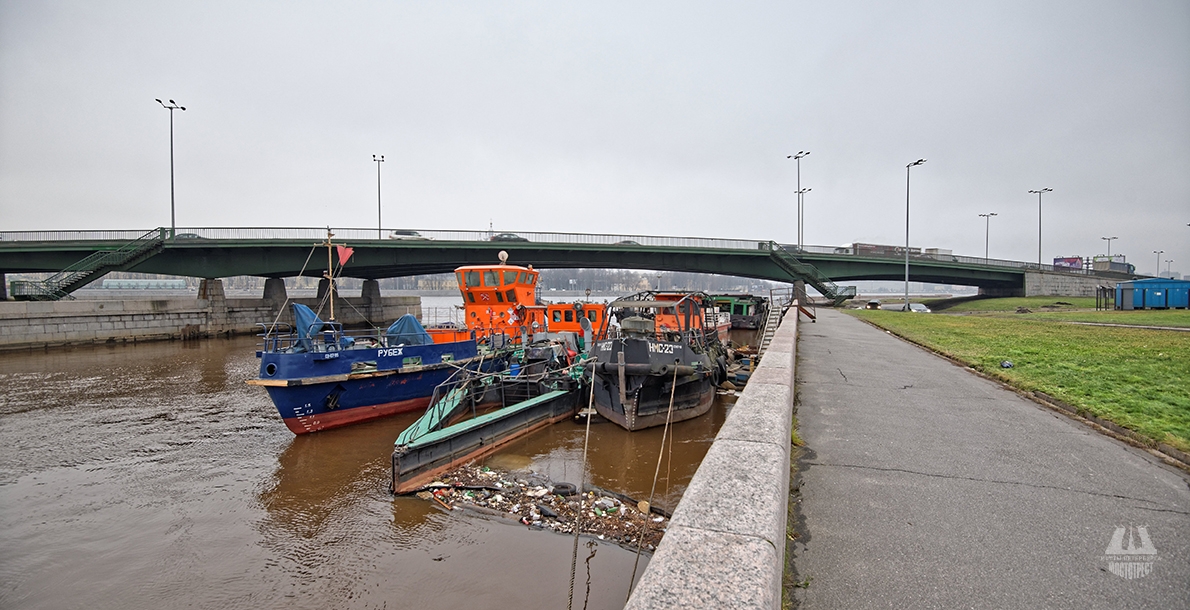 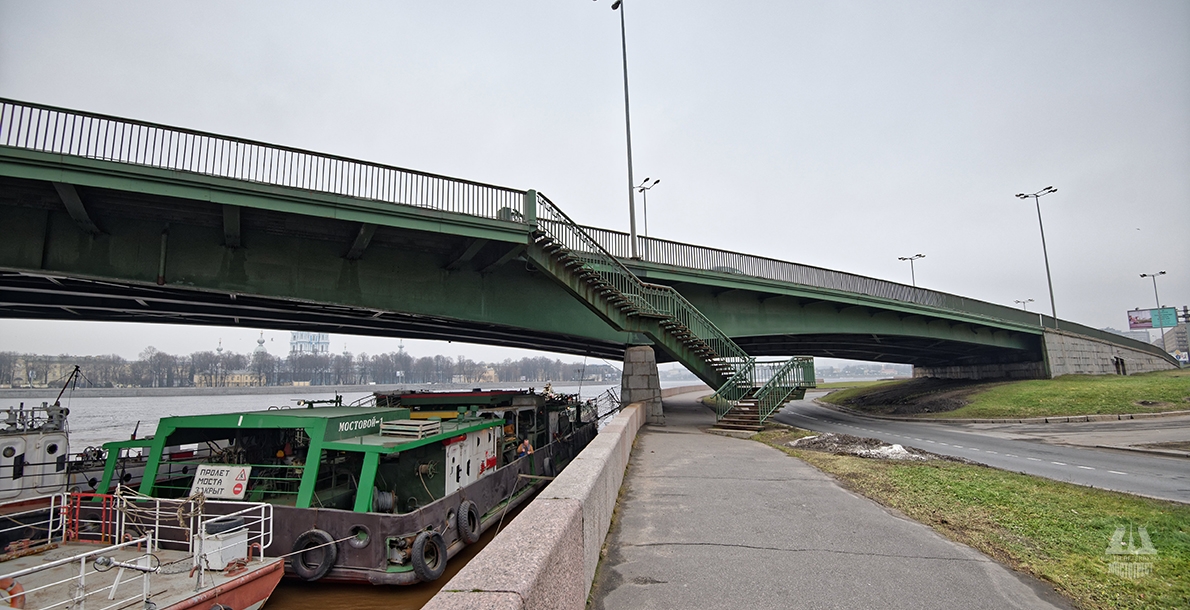 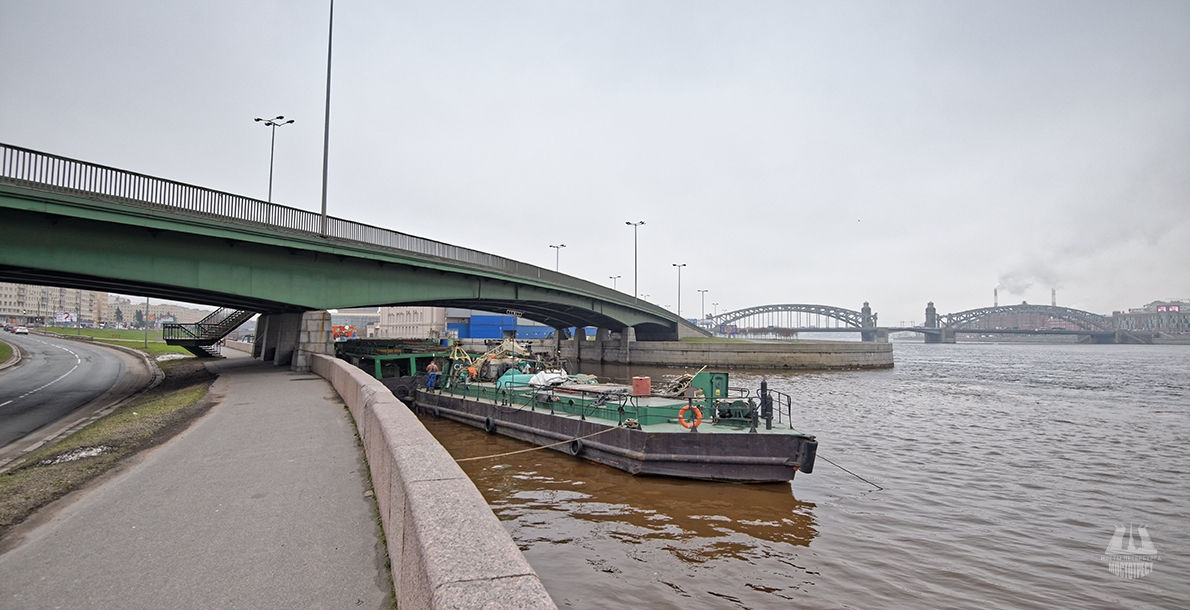 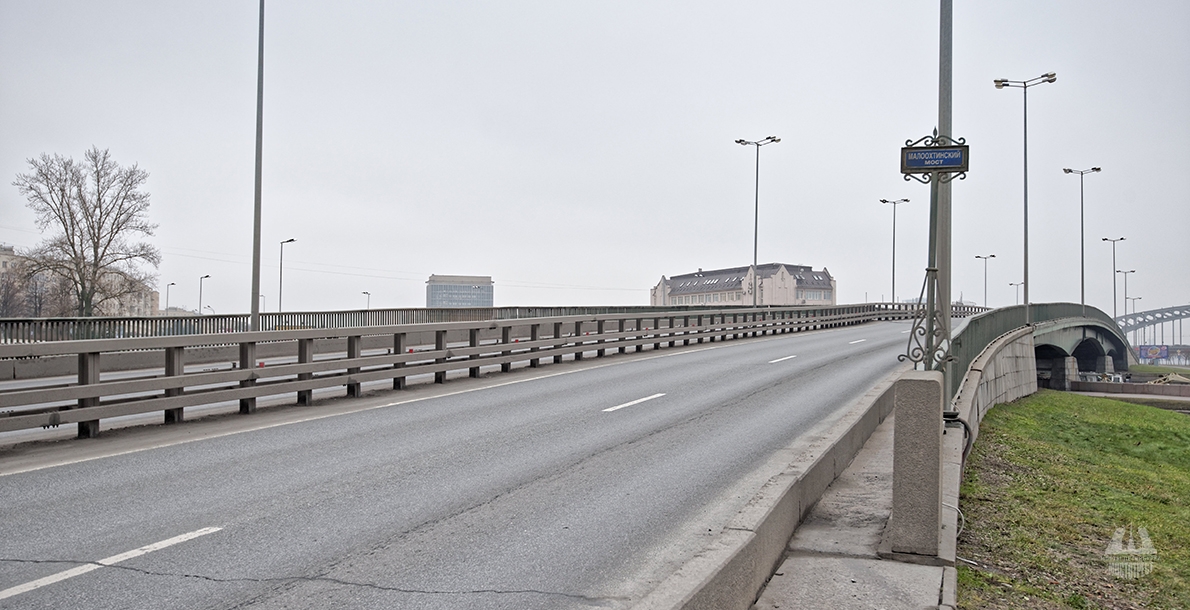 For the first time, the bridge was planned in General Leningrad City plan in 1966 as a link of high-speed permanent traffic roadway on the right bank of the Neva River and the Bolshaya Nevka River with the way to international routes.

Crossing construction has started on 1982 and finished in 1984. The bridge was constructed in record time. The most distinguished was the team led by N.I. Vereschagin, quickly mastered the rare practice in bridge construction of that time – automatic assembly of pre-cast structures. Structures were erected using “Bogatyr-4” floating crane. The result was that works were finished nearly four months in advance of planned term.

The crossing was erected simultaneously with construction of the viaduct to provide cars passage under Bolsheokhtinsky bridge. Traffic artery was laid along Petrozavod former yard to connect these two facilities. Nowadays, it’s a part of Malookhtinskaya embankment.

This is three-span reinforced metallic simple bridge. The superstructure consists of four welded metal I-section beams on the abutments of the old bridge with curved outline of the bottom chord combined into the overall structure by orthotropic metallic plate and horizontal and vertical beams.

The roadway is covered with asphalt concrete pavement on orthotropic plate, the roadway on sidewalks is sand asphalt; in 1999, wide sidewalk was covered with polymeric concrete. The sidewalk is separated from roadway with metallic border railing on the bridge and granite on the approaches.