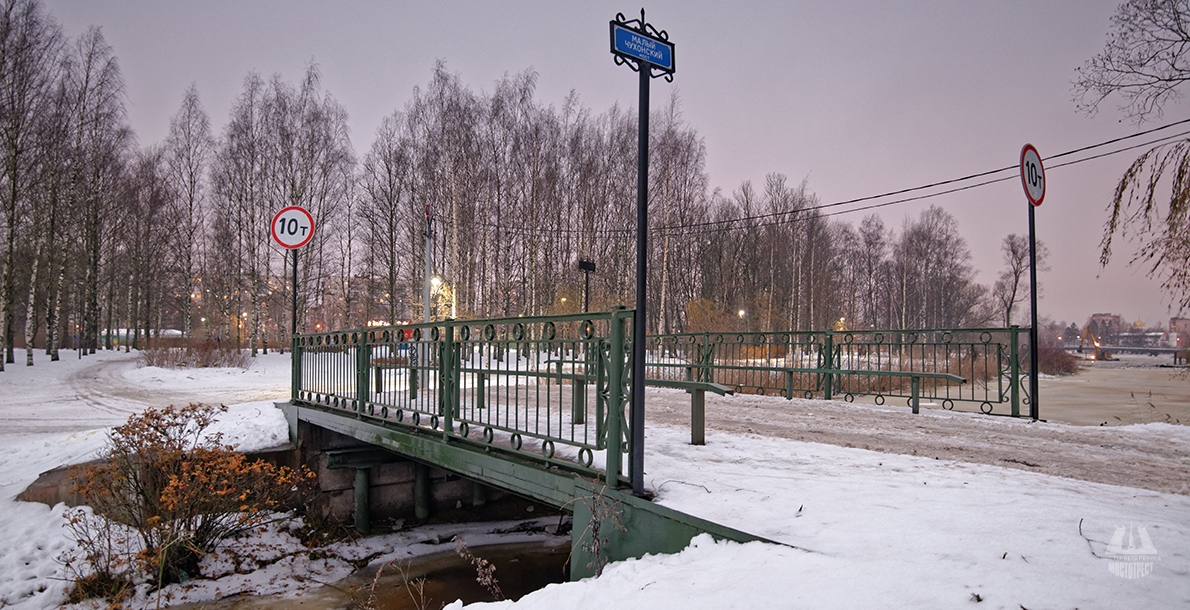 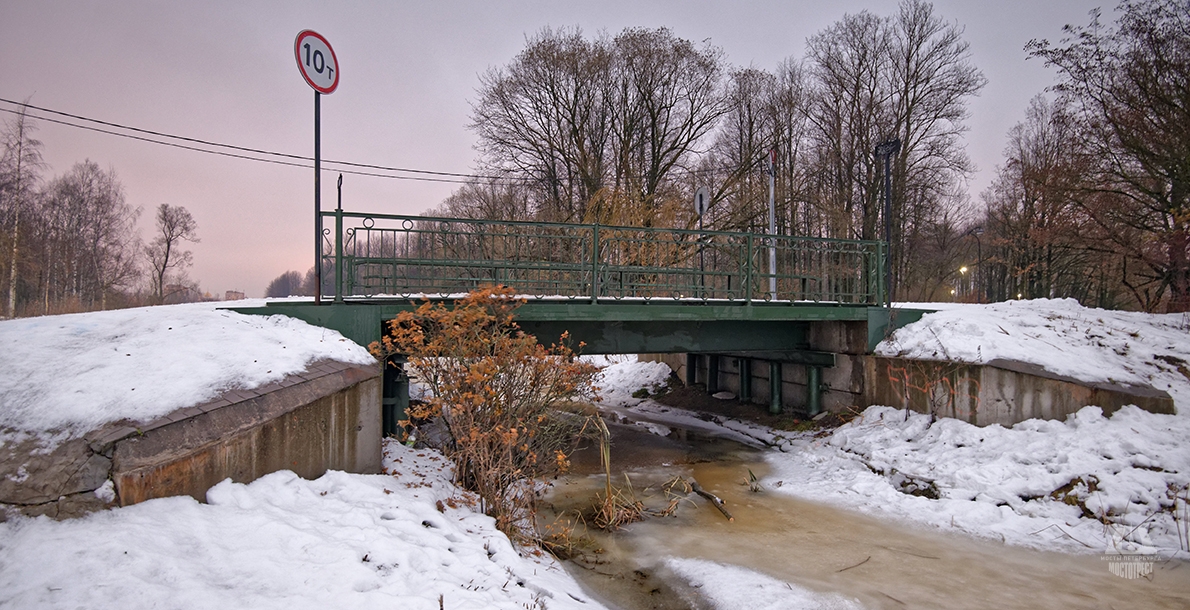 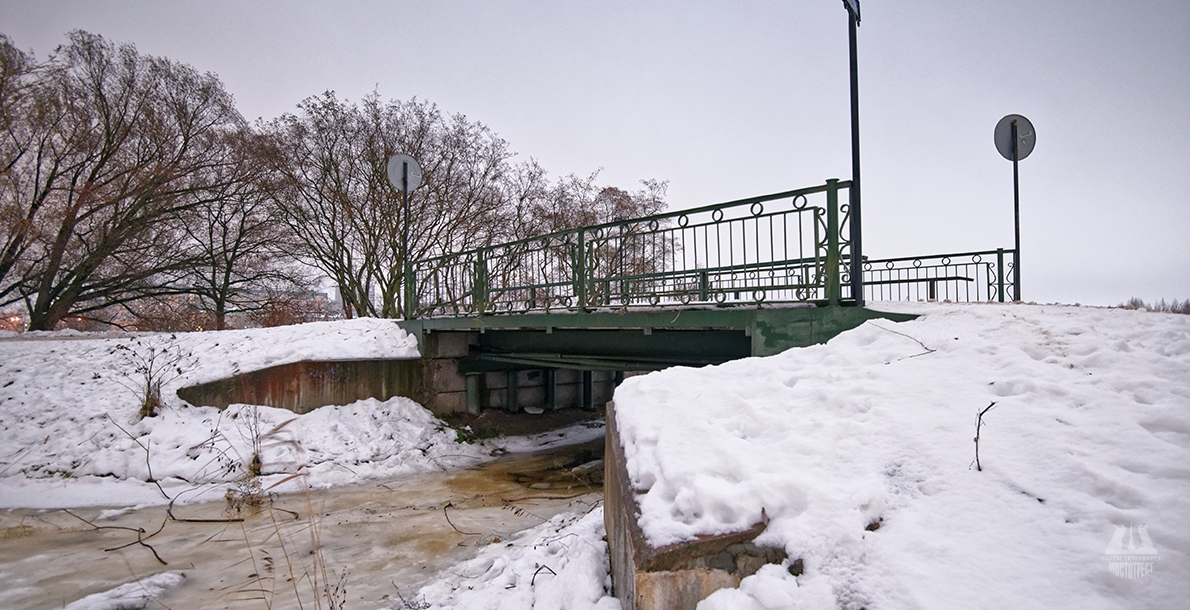 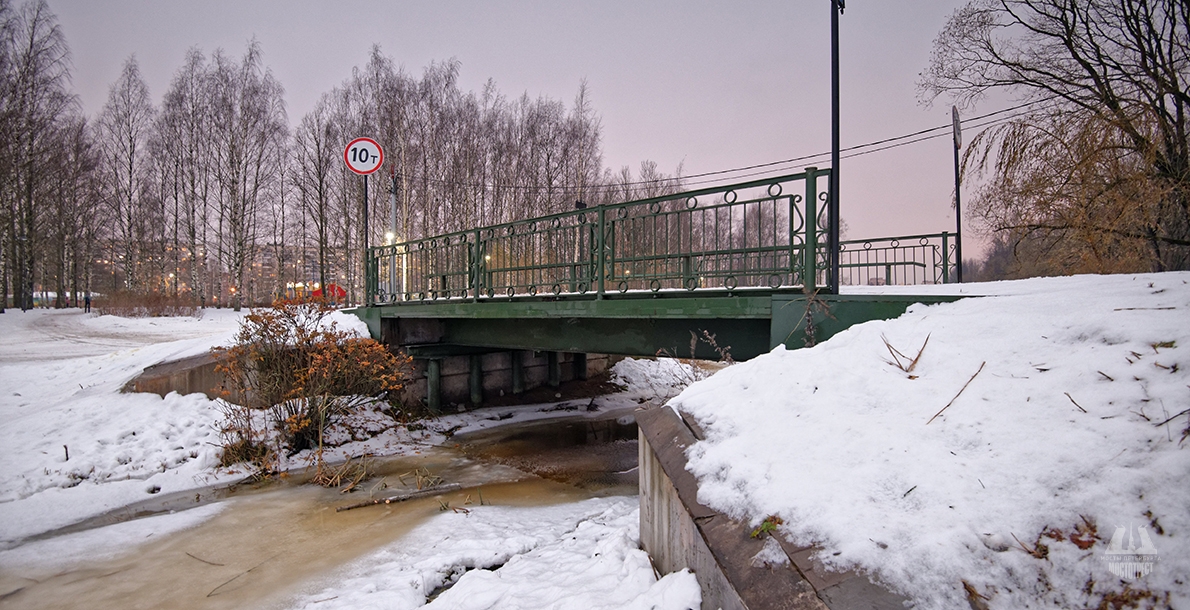 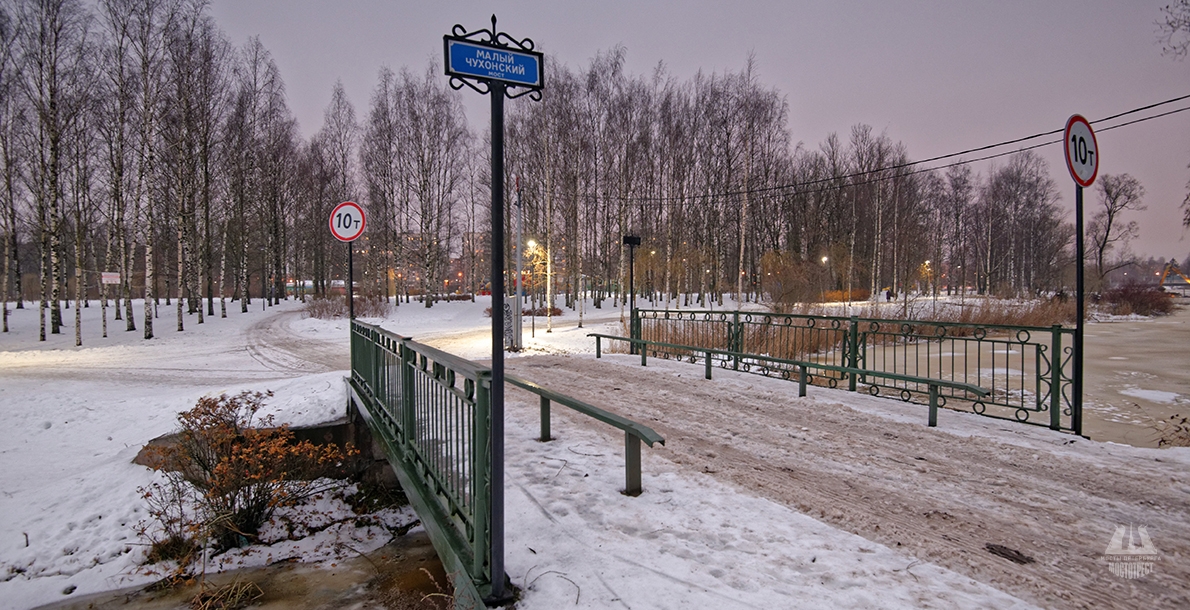 Maly Chuhonsky Bridge is a pedestrian bridge over the Izhora River in the Recreation Park in Kolpino.

The bridge is a five-span wooden structure with metal spans made of four main I-beams interconnected by transverse U-sections. The roadway slab is made of reinforced concrete sheet piles on top of which waterproofing and asphalt concrete are laid. The base of the abutments are steel piles-covers filled with concrete. The retaining wall is made of sheet piles СШ 60-86. The welded metal railings and a metal barrier made of U-sections are installed on the bridge.

In 1980 by the efforts of efforts of Lenmosttrest SSBEE and according to the documentation of design department major repair of the bridge taken place, during which the works were performed that allowed passage of cars of full weight up to 10 tons.

In 1991 the bridge was rebuilt by the efforts of RSU-5 SRSO Dormost using permanent materials instead of temporary materials.

Now the bridge is used as a pedestrian one only.

The Izhora River is the left tributary of the Neva River. The river mouth is located on Izhorskaya Upland near the Skvoritsy Village, Gatchinsky District. The river flows through the Prinevskaya valley in the territory of Tosnensky, Gatchinsky districts of the Leningrad region and Kolpinsky district of St. Petersburg.