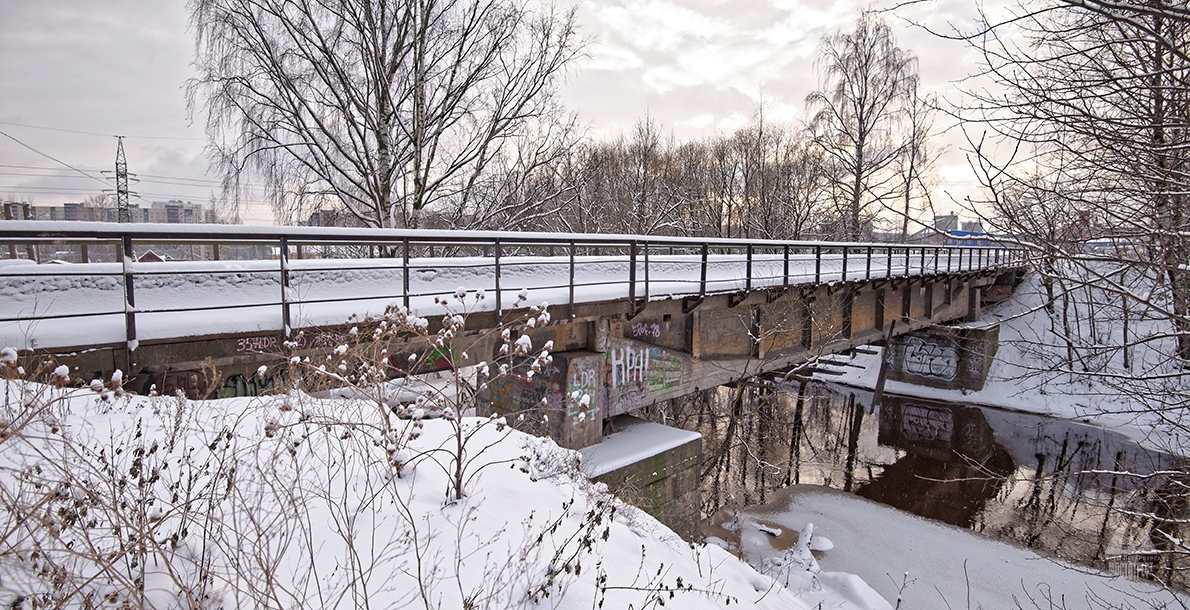 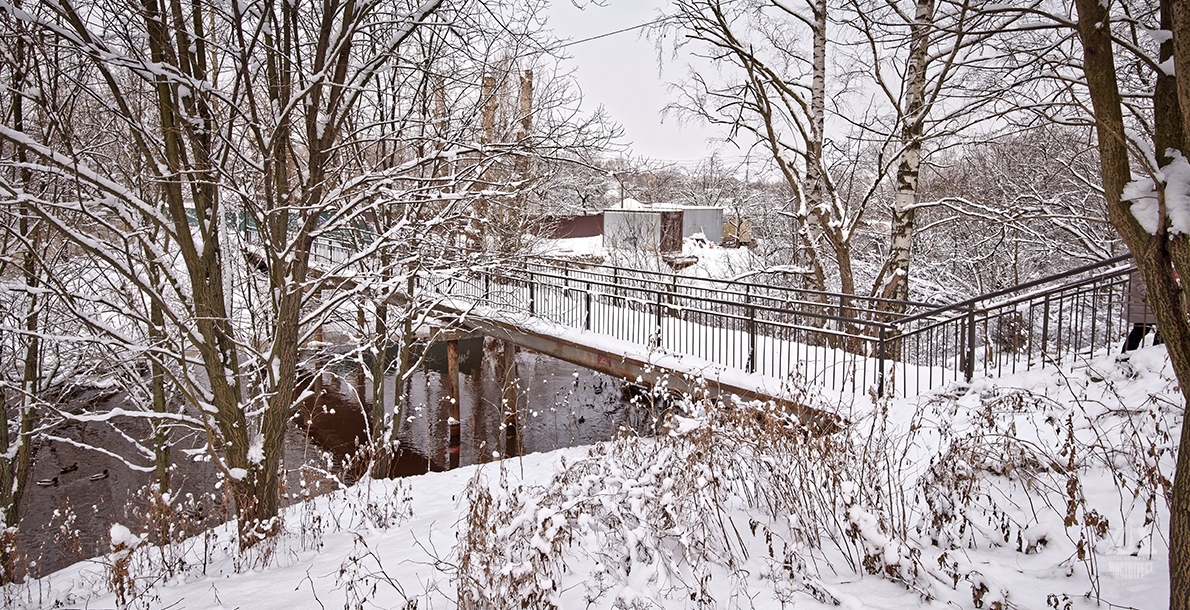 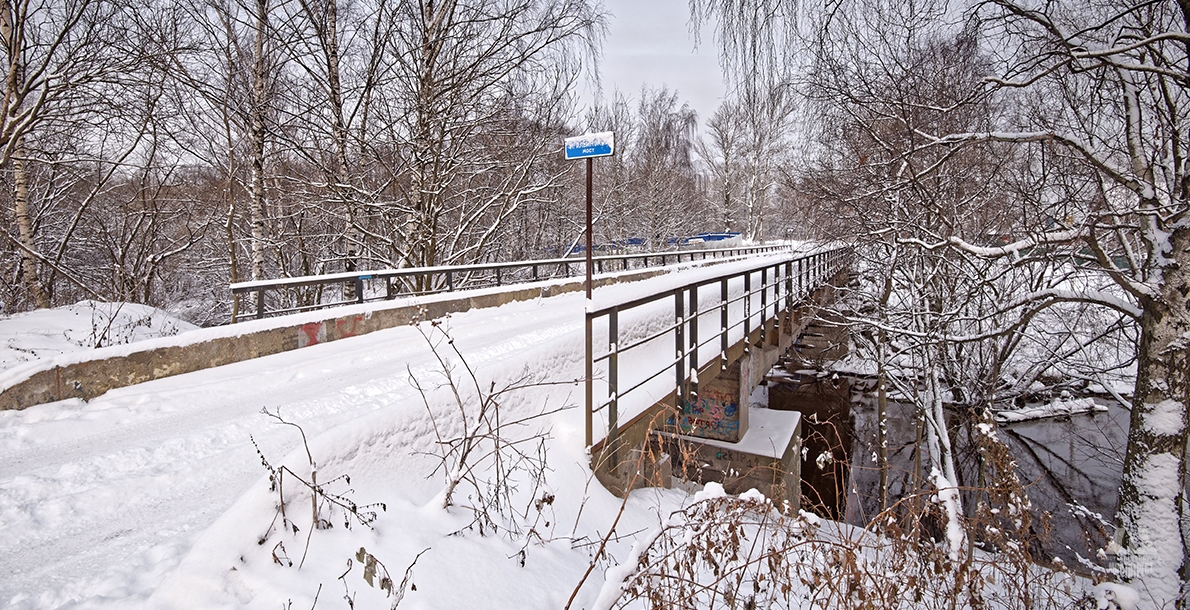 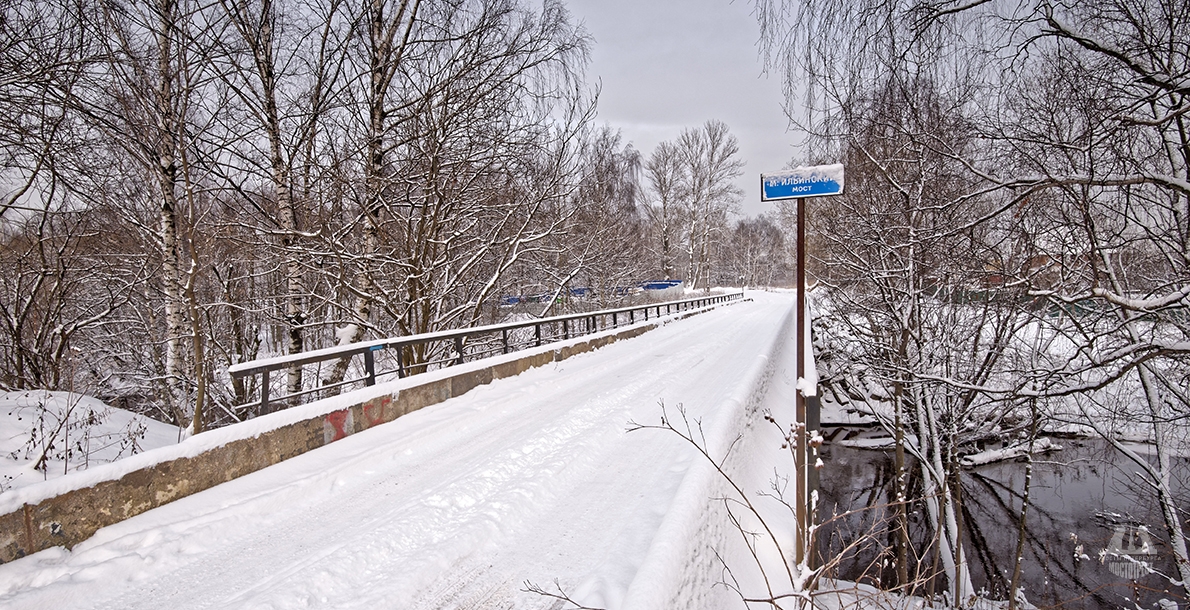 Maly Iliynsky Bridge (former 1st-A Luppovsky Bridge) is located in Iliynskaya Sloboda, it is a passage in Krasnogvardeysky District of Saint Petersburg. It runs from Revolutsii Highway to the Lubja (Luppa) River near Rzhevka-Porokhovye District.

Even before the revolution there was a wooden bridge that was beyond the city boundaries. Then the bridge was put on to Lenmosttrest books.

In 1924, the wooden bridge was repaired. Wooden stringers, upper superstructure, wooden railing were replaced. The supports were repaired. The bridge has completely remained a wooden one.

In 1940 during the next repair wooden girders were replaced by metal beams. This was a three-span simple bridge.

In 1951 and 1966 the bridge was repaired without changing in the previous structure and sizes.

By the 1990s, under the results of bridge research, its non-satisfactory condition has been revealed. It was decided to use the previous railway bridge located upstream in alignment of Efirnaya Street, and to dismount wooden road bridge N1a.

In 1991 the railway bridge was reconstructed into road one, under the project of engineer V.I. Feldman from Trust Design and Construction Bureau.

It received the previous name - the 1st-A Luppovsky Bridge - but later it was renamed in Maly Iliynsky Bridge.

In the middle span the modern bridge superstructure consists of reinforced concrete beams armoured by high-strength reinforcement with tensioning before concreting, and wet butts connected together on diaphragm. The shore spans are beams of normal reinforced concrete.

The roadway is covered with asphalt concrete pavement; sidewalks – with sand asphalt.