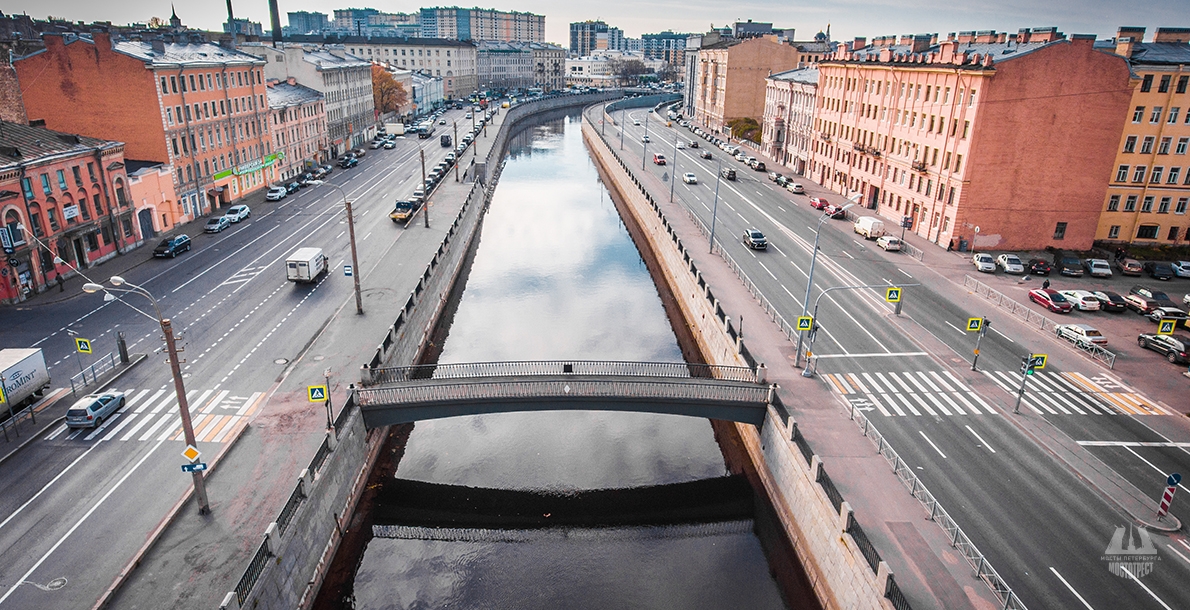 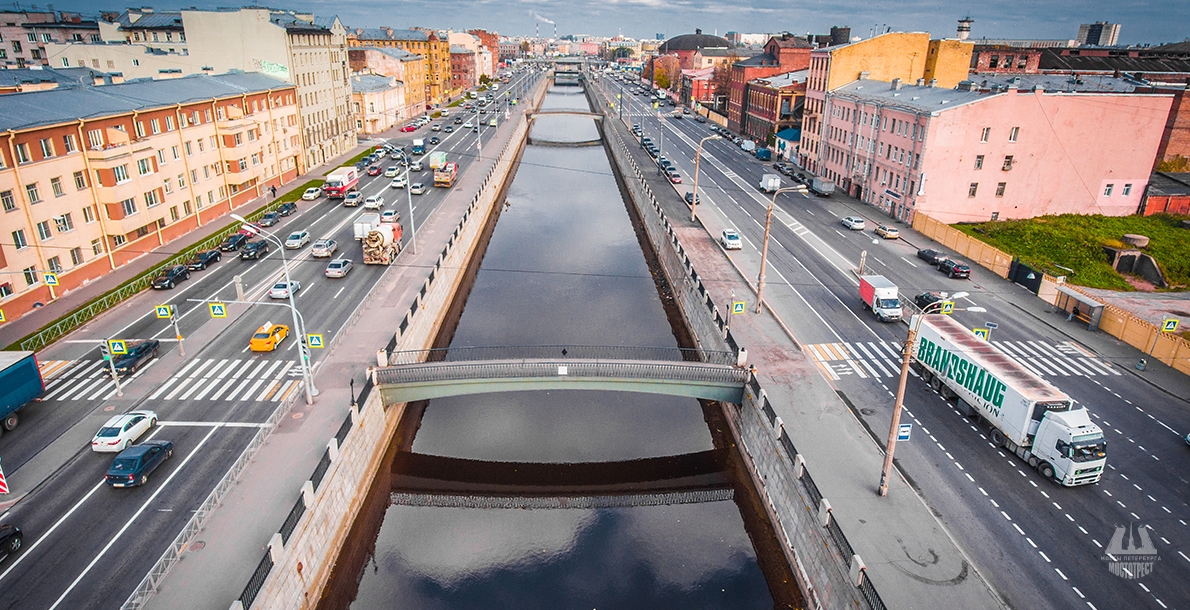 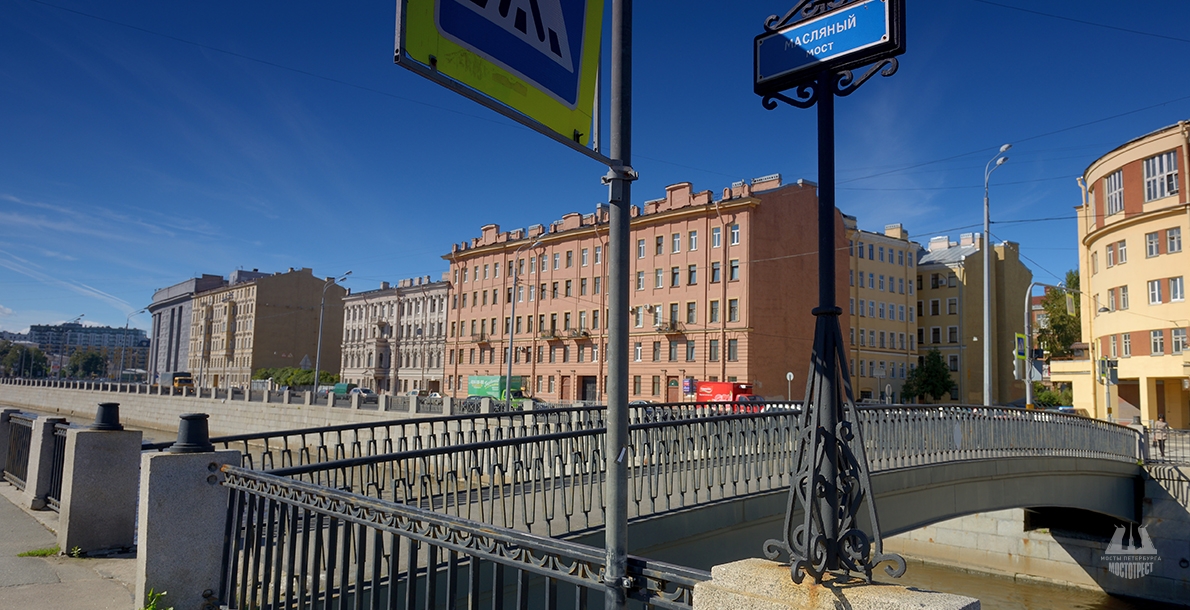 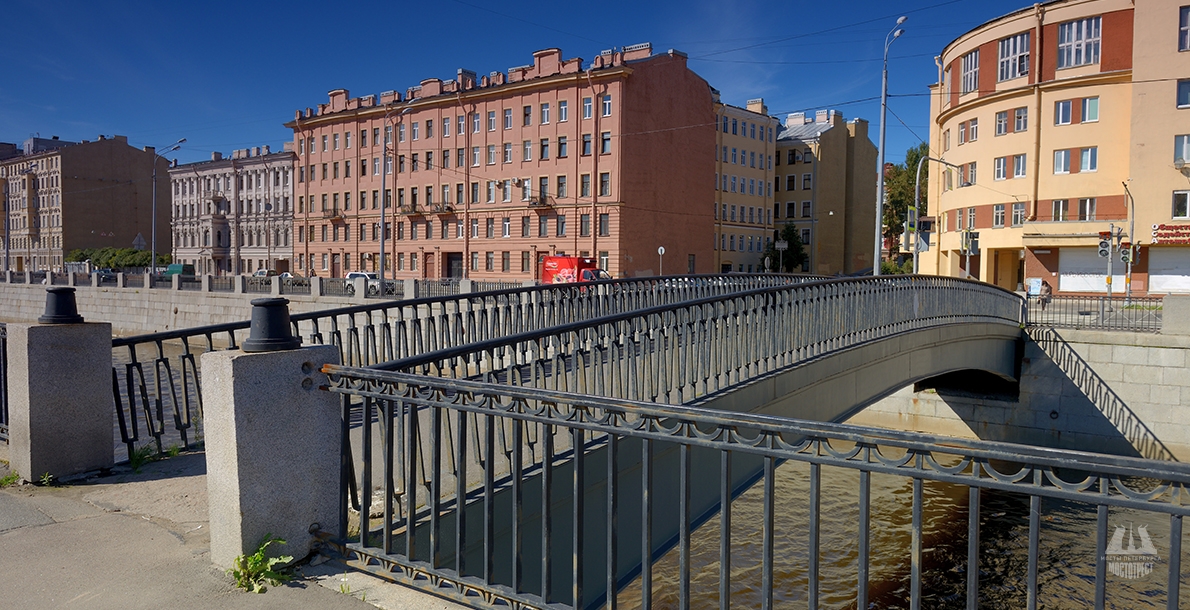 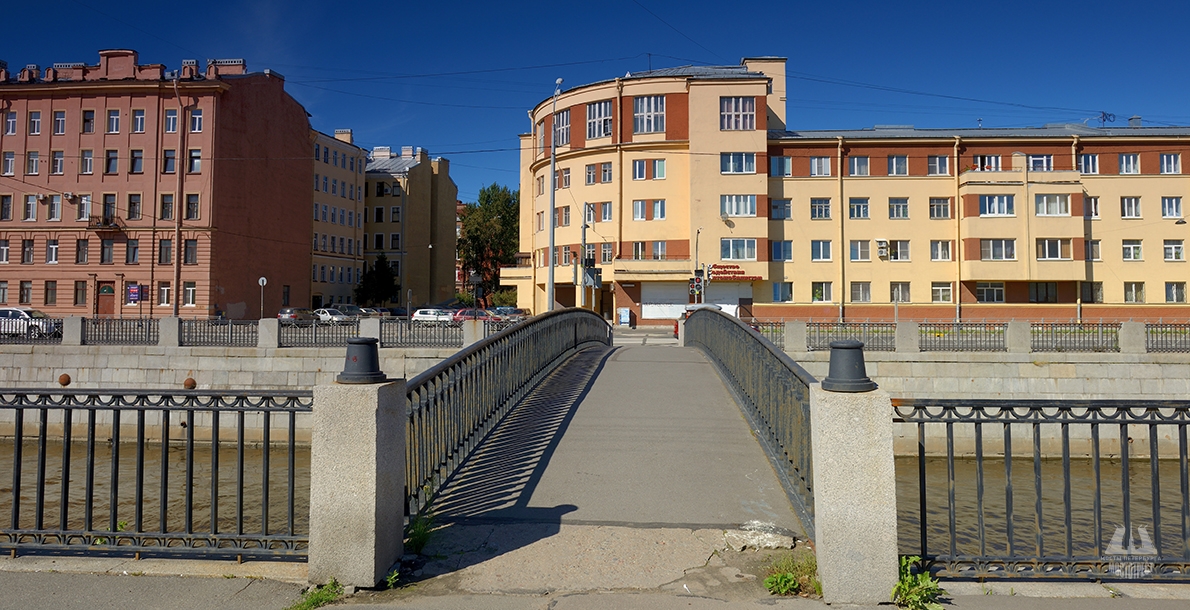 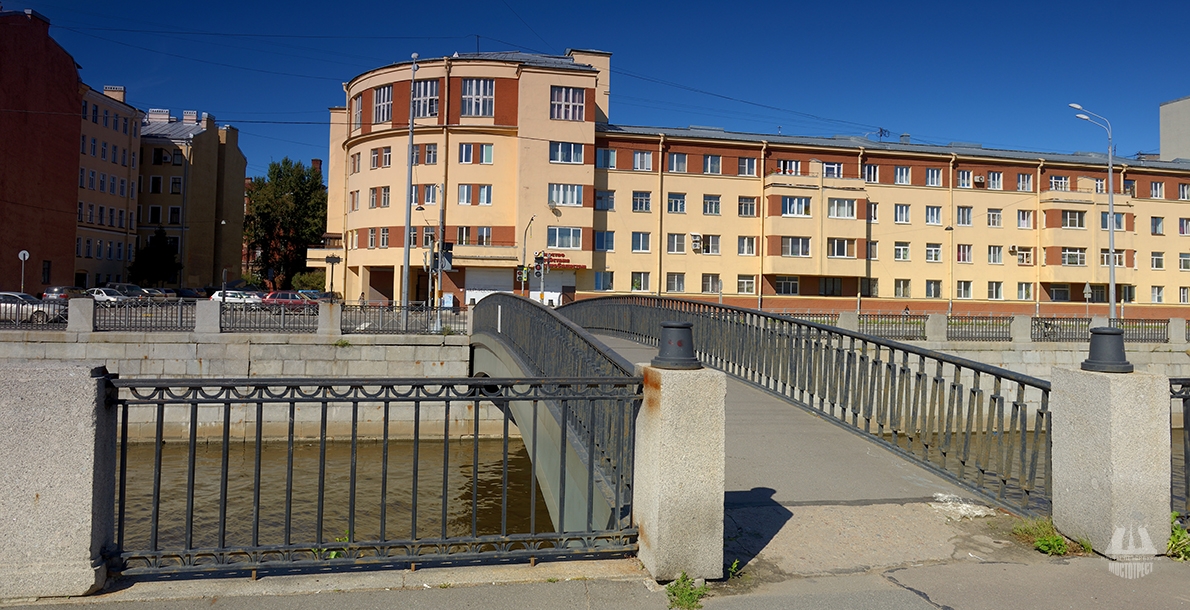 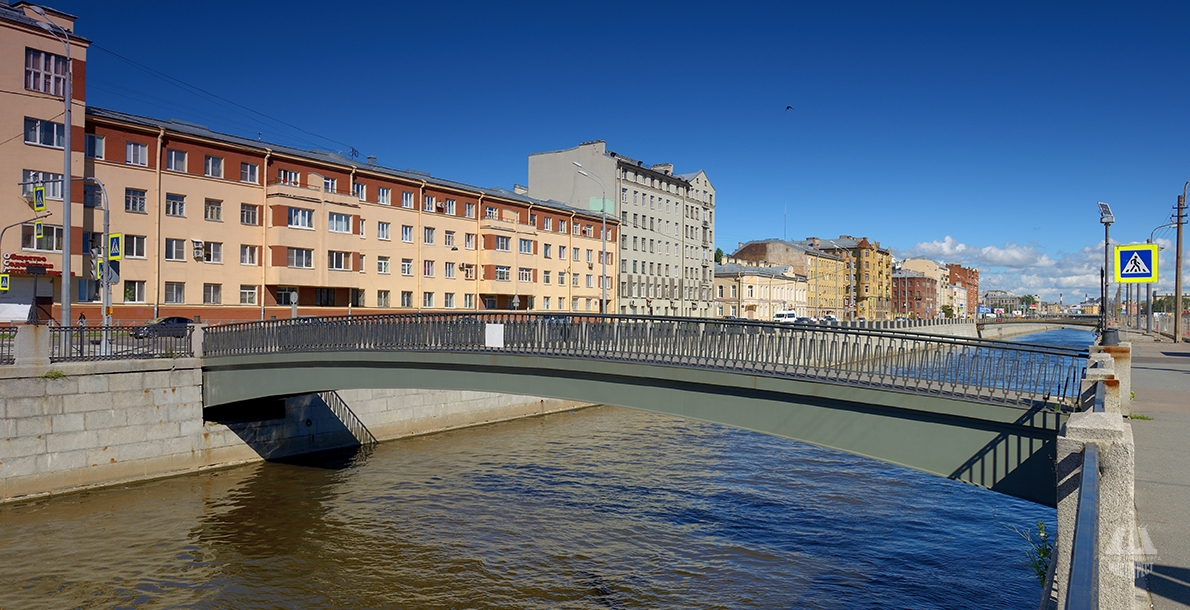 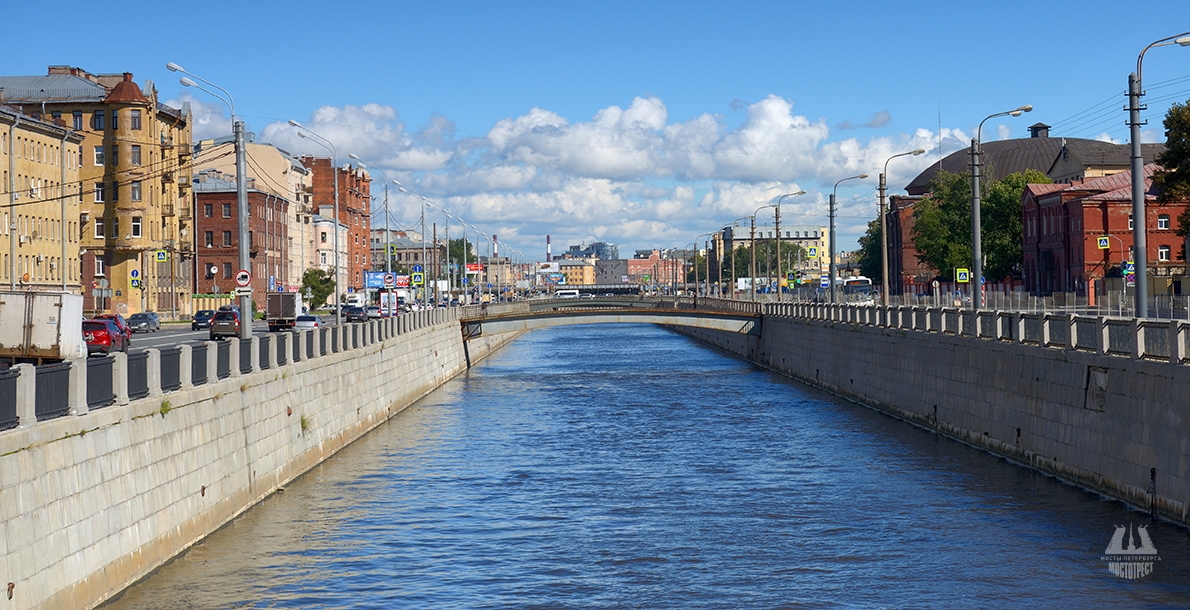 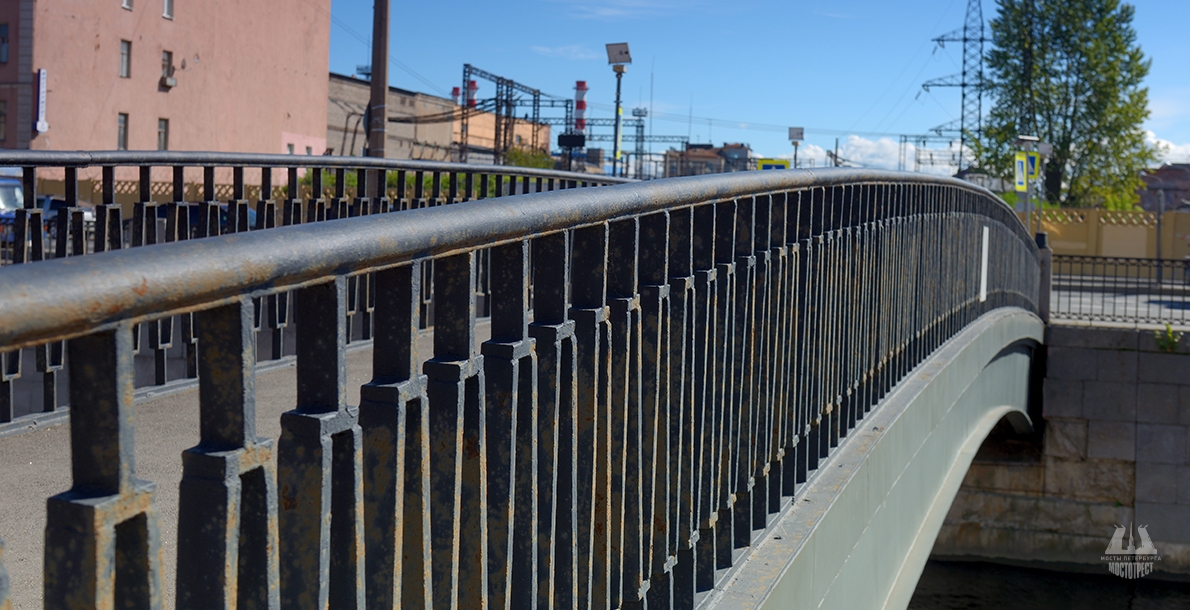 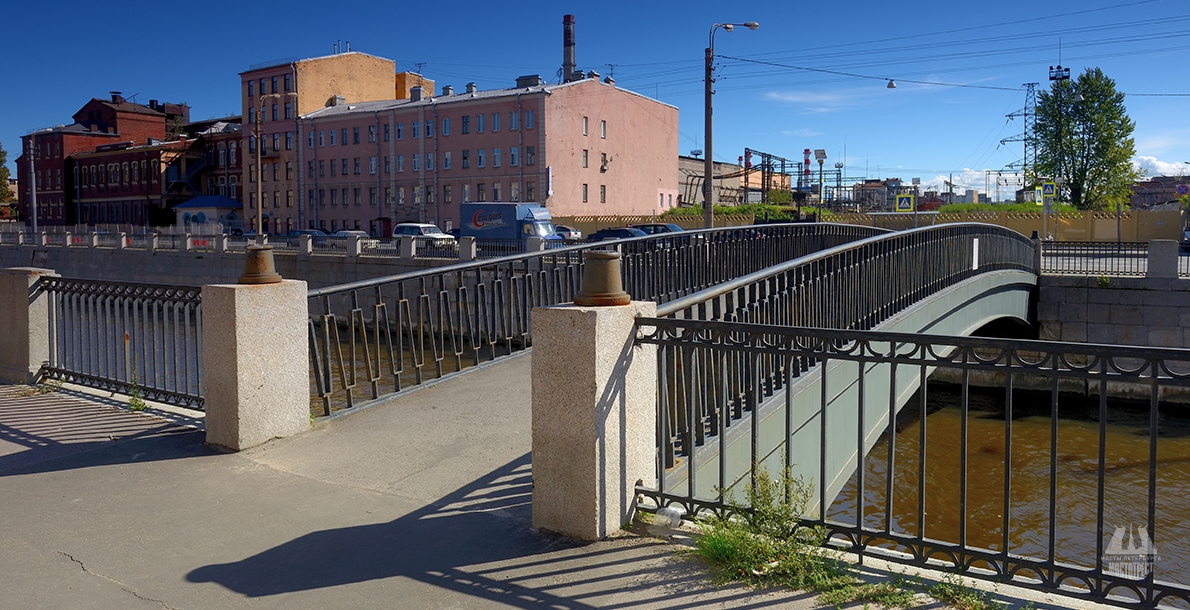 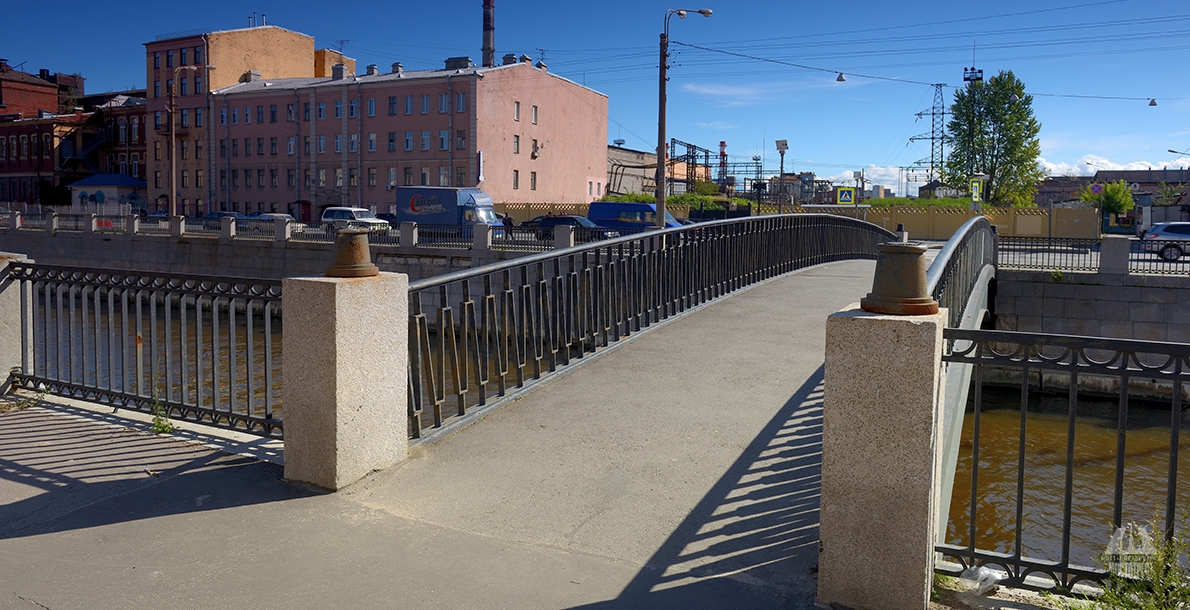 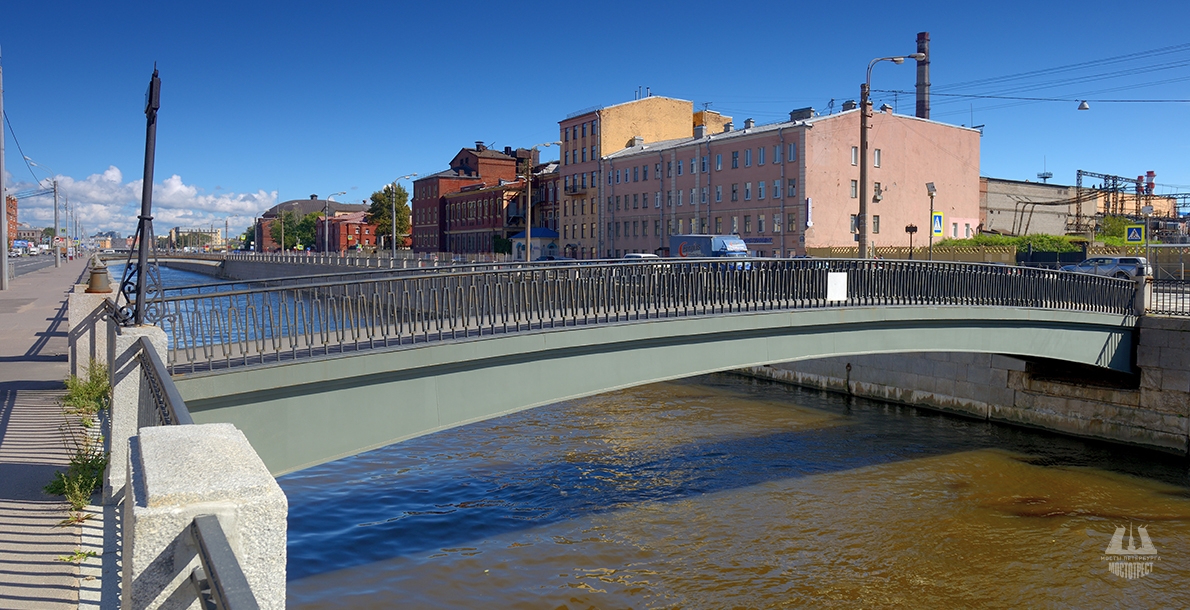 This pedestrian bridge on the Maslyany lane is a twin of the bridge on Mozhayskaya Street. Being of the same type of its parameters and design solutions, these bridges were built in 1983-1984 under the project of engineer A.I. Rubashov and architect V.I. Ivanov.

By the way, for the first time Maslyany Lane is referred to in the 1910s in the annals of St. Petersburg under the name of New Street. In 1939 the lane derived its current name. It starts from the Obvodny Canal and bumps in the fence of Fat-and-Oil plant of St. Petersburg. Since 1914 the lane was part of New Street (now Bulavsky Street), but in 1929 after the part of the street entered the territory of oil production plant Red Star, later Fat-and-Oil plant, a separate passage is formed which in 1939 was named Maslyany lane.

Pedestrian bridges (Maslyany Bridge as well as Gazovy Bridge and Mozhaysky Bridge) are used as utility crossings. The construction of the bridges represents metal beam system with a solid wall and a curved outline of beam chords. These are single-span bridges having in a cross-section two main I-section beams joined on top by the orthotropic plate.

The length of Maslyany Bridge is 30.7 meters, and its width is 3 meters. The pile grids of embankments are used in the abutments foundation. At the entrances to the bridge there are stand lamps with single tetrahedral XIX century stylized suspended lanterns.

There is cast iron railing. There are different patterns on the railings.

In 2000 metal stand lamps were dismantled.

The design of the bridge blows ones mind in its simplicity and elegance. Tenants of surrounding houses know that in the evenings you can often see loving couples on it.

Maslyany Bridge is located near several gasholders built before the Revolution - storage tanks for gaseous substances. Now some of them are reconstructed for art work exhibition areas including usage of multimedia technologies.