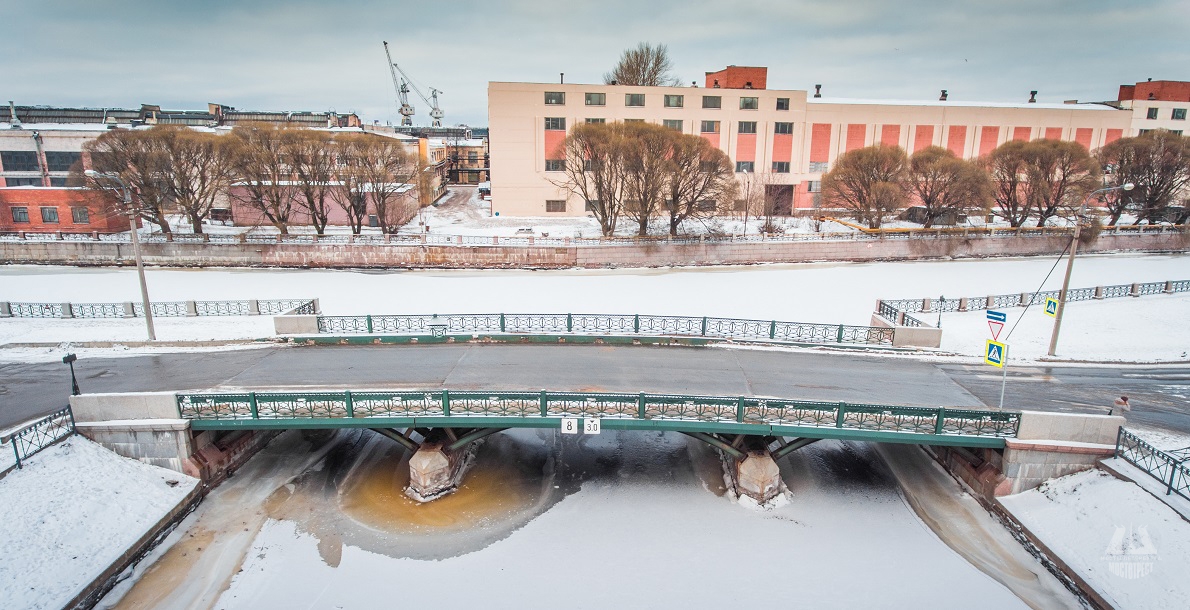 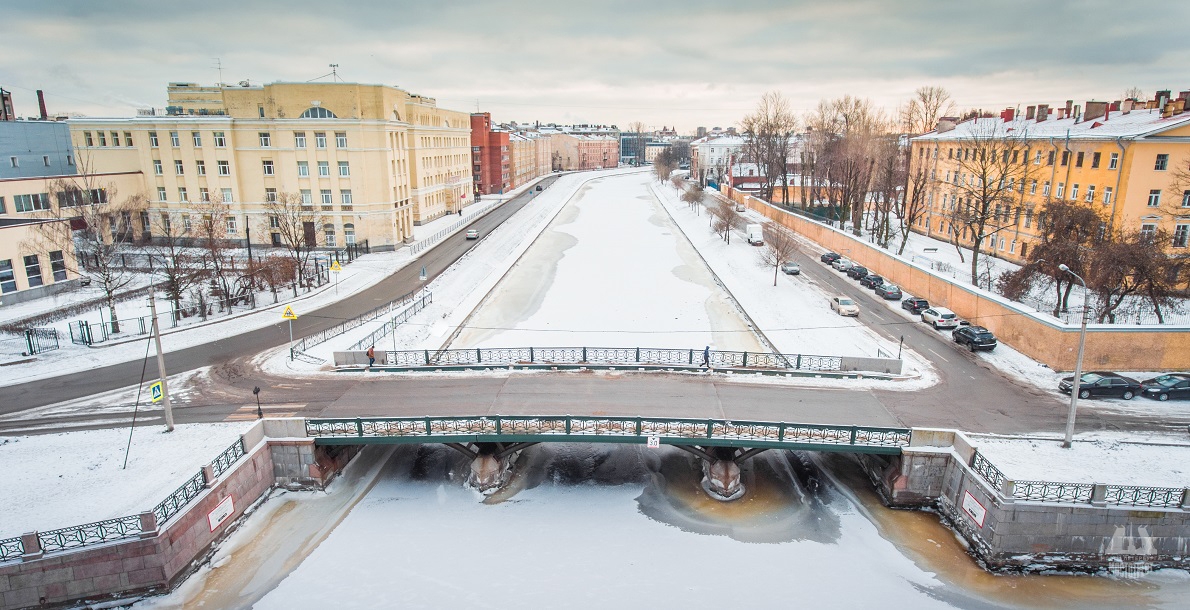 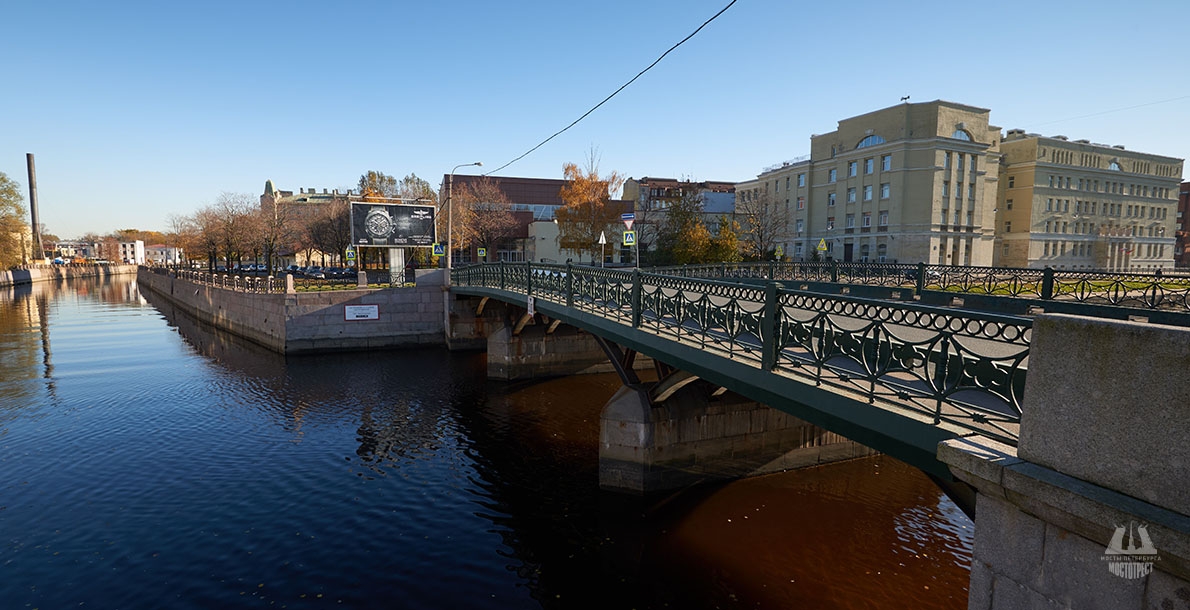 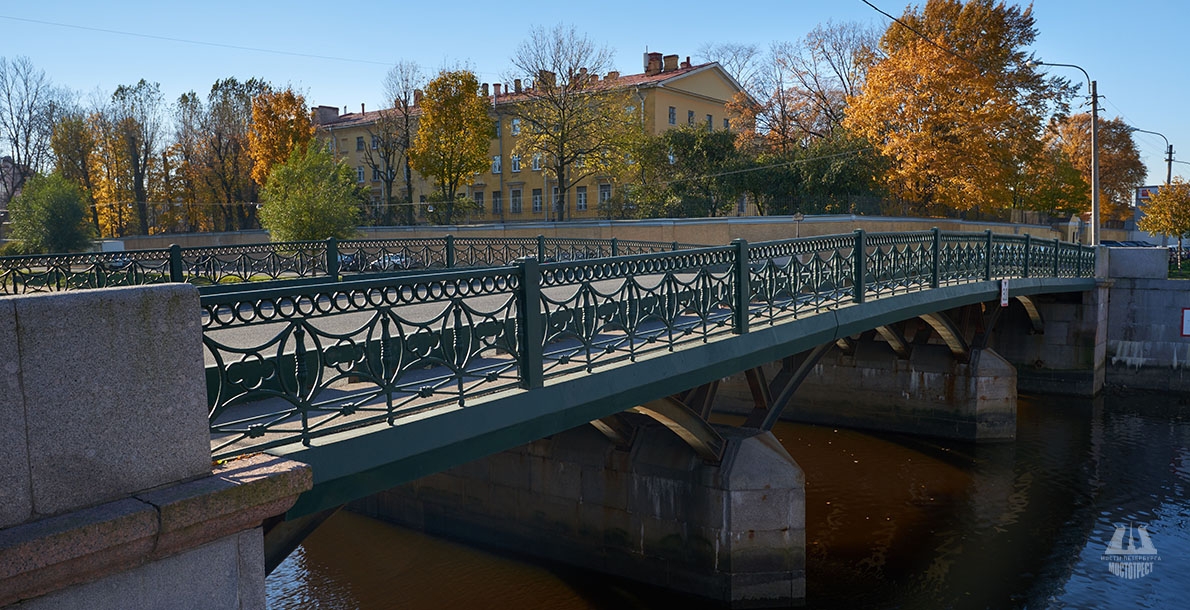 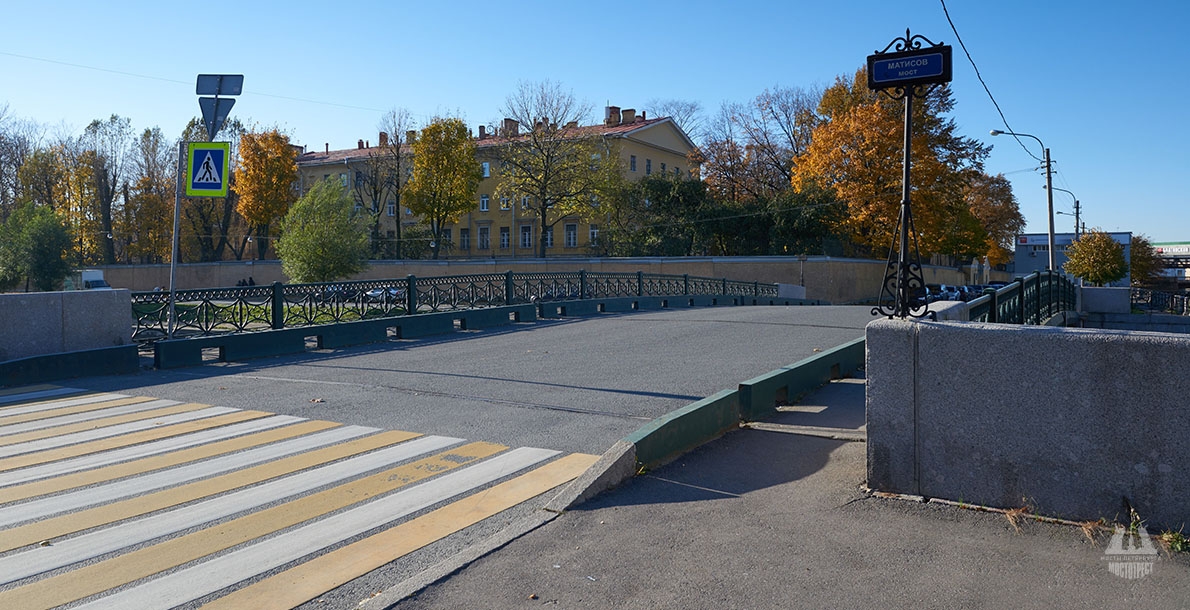 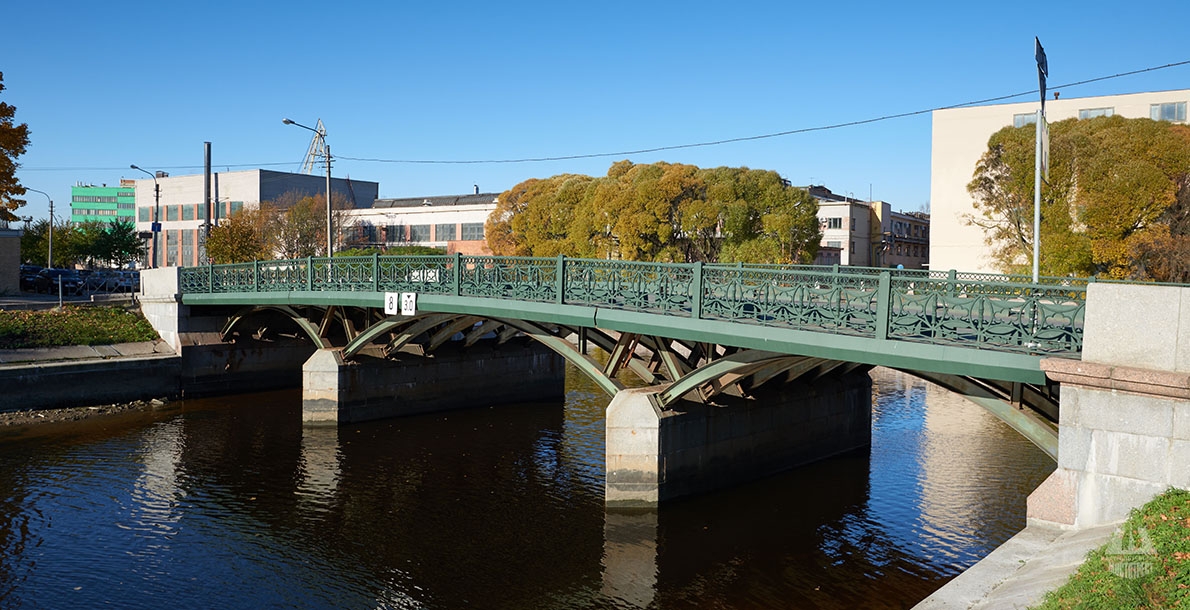 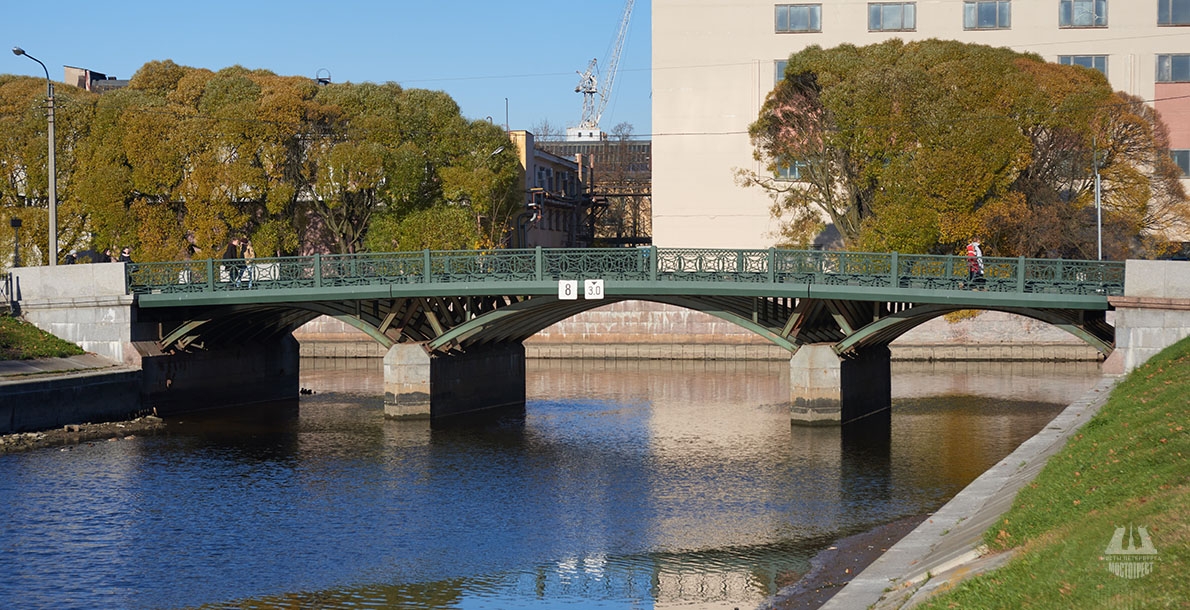 Matisov bridge (former Matisovskoy, 1820) is located at the source of the Pryazhka River, which is the left branch of the Moyka River and earlier was called the Chukhonskaya River and, starting from 1753 it is called Pryazhka, based of the nature of local production. The river separates the city from Matisov Island, which name remained in memory of miller Matis, who lived here and got from Peter I the self conduct as a prize for military intelligence in the first years of Northern War (1700-1721).

Starting form 1737, there existed a bridge got the name Matisov. At first, the bridge was wooden strut-framed bridge (no exact information available) on wooden piles, as the most of Petersburg bridges of that time. It possibly had draw span.

In 1836-1839, under the project of A.D. Gotman and I.F. Buttats, wooden bridge was reconstructed to three-span arch bridge with stone abutments. Arches were wooden.

In 1938-1940 the bridge was reconstructed into three-span with metal span structures made of the I-beams. The bridge preserved stone abutments faced with limestone. Intermediated supports are wooden. The decking is made of wooden planks. The bridge length is 33.5 meters, the width is 10.3 meters.

In 1968-2000 the repair of the bridge was carried out. Supports were repaired up to water level, sleepers and decking were replaced.

In 1988-1989 the bridge was investigated by NDT method. It has shown that supports are in emergency state. In November, 1993 the bridge traffic was closed due to dilapidated condition.

In 1993-1998 the bridge was reconstructed to three-arched metal bridge with roadway above, with orthotropic slab, recovery of under-bridge dimensions and appearance of wooden arched bridge existing here in the beginning of the 19th century.

The superstructure represents a double-hinged arch. The bridge abutments are on driven piles and faced with limestone dressing. Intermediate supports are reinforced concrete ones on pile foundation, and faced with granite. The bridge railing is made of cast iron by type of the Moyka River, but with metallic tombs. The roadway is covered with asphalt concrete pavement; sidewalks – with sand asphalt. The roadway is separated from the curb by granite kerb stone.